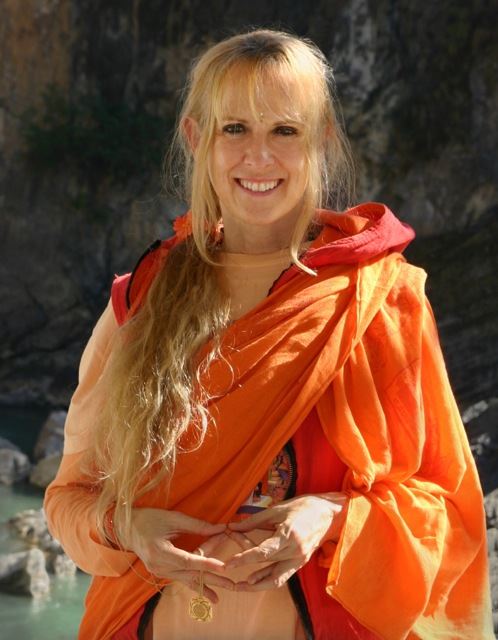 Kaliji is internationally renowned as a yogini and founder of TriYoga®. Her quest in yoga began at an early age; she would sit quietly in deep reflection, naturally drawn to self-inquiry and meditation. At age 24, yoga disciplines began to arise from within.

Traveling extensively, Kaliji has presented 58 keynote addresses, major presentations and in-depth programs at yoga conferences and other venues, and has been featured widely in the media. She was featured in the book Secrets of the World’s Inspirational Women, with photos of the women in the prestigious National Portrait Gallery in London. Kaliji’s presence, her mastery of the flow and the ageless wisdom inherent in TriYoga have inspired and transformed countless lives.

In the tradition of ancient yoga, TriYoga is guided by kriyavati siddhi as it flows through Kaliji. She has systematized asana (posture), pranayama (breathing practices), and dharana (concentration techniques) from Basics to Level 7, and over 1300 hasta mudras (hand gestures) and yoga knowledge have expressed through her. TriYoga, which includes the full range of yoga practices, is taught in 40+ countries by 2600 certified teachers, and 53 TriYoga Centers have been established, including centers in Australia, Austria, China, Denmark, Germany, Hungary, India, South Korea, Netherlands, New Zealand, Russia, Switzerland, Taiwan, Ukraine and the United States.

In addition, Kaliji is founder of Chant Club®, a music ensemble presenting Sanskrit chants in call-and-response style. She is a vocalist and plays harmonium. Inspired by her love for animals, Kaliji has practiced the vegan plant-based lifestyle for over 40 years. She teaches the ahimsa trinity of animal rights, ecology and health.