2. The Most Bird Species in an Aviary: Shuka Vana aviary at Datta Peetham ashrama has 468 species.

Sri Swamiji’s other Guinness World Records include those for the largest music therapy session, the longest chanting marathon, and the most people chanting at one time.

As part of the birthday festivities, Sri Swamiji was presented with a 108-foot-long vegan cake!

Yogini Kaliji was interviewed by The Times of India and Vijaya Karnataka newspapers. Questions covered various topics, including the importance of vegan diet. Reporters also asked to learn mudras.

Kaliji was filmed by Isiri Bhakti Television in India for a session that included an interview with Kaliji by Dr. Raghavendra Pai, seven episodes for daily TriYoga practice, and a demonstration of TriYoga flows by Kaliji. The demonstration will be aired on International Yoga Day, June 21, with the episodes and interview to follow (watch video promo). Kaliji was invited to tape more segments on her return to India—the producers hope for as much footage as possible!

Both press events were organized by Dr. Pai, who is a member of the Veda Vyasa Foundation. This was the 10th TriYoga Yatra he has organized.

While in Mysuru, Kaliji met with long time friends and TY family members: Swami Manasa Datta; RK Swami and his family (RK Swami was Sri Swamiji’s harmonium and keyboard player); and the family of Shreedhar, Nalini, and Adi.

Dr. G and Ganga accompanied Kaliji on this journey to India and celebrated the 10th anniversary of their marriage at Mysuru Ashrama.  The bonsai garden was one of the sites of the wedding ceremony. It was special to be back there with Kaliji, whose intuition brought this union to life. Shreedhar and Nalini, who were guests at the marriage ceremony ten years ago,  gave Dr. G and Ganga anniversary outfits.

Kaliji also had an online jñana session with the teacher training group at TYC Boston.  As part of their training, the students participated in  Kaliji’s online course on Yoga Sutras (Jnana Online courses) and met with her for Q&A via Skype. 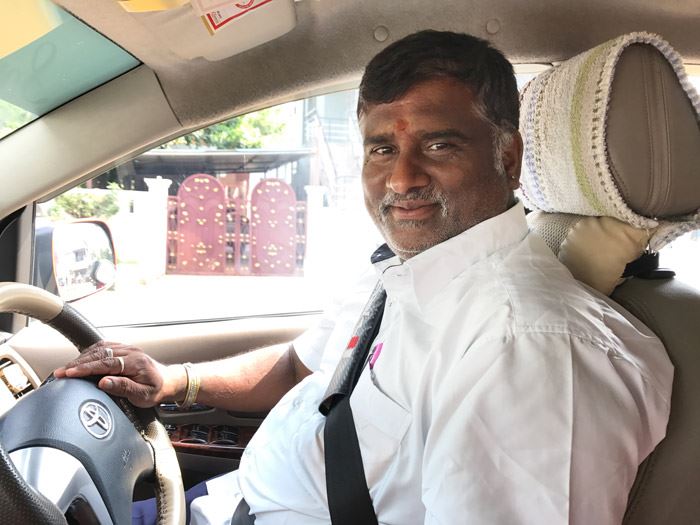 Special thanks to dear TY family member Sri Kanth for making every trip in South India smooth and easy.