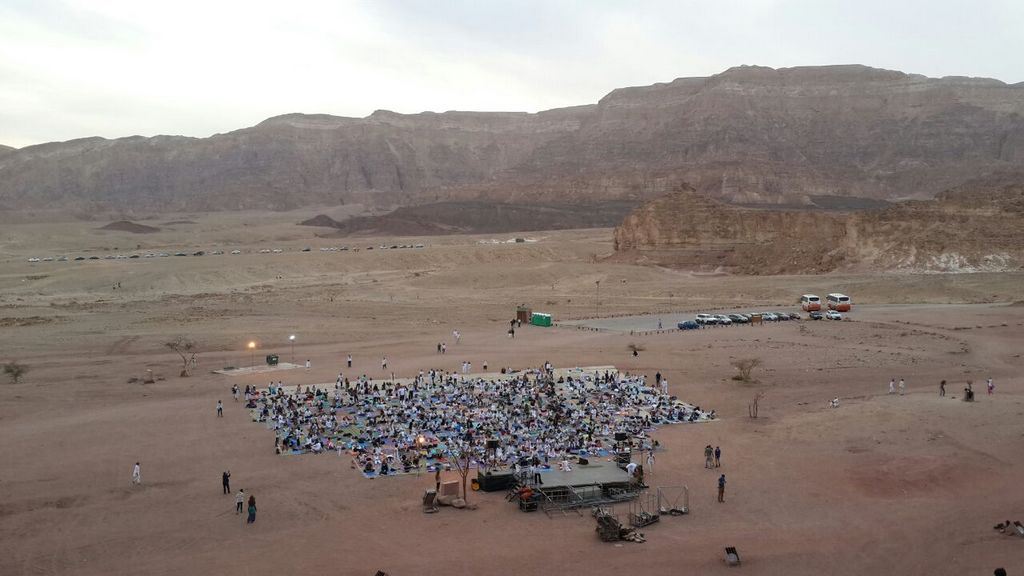 Yogini Kaliji’s three-country tour concluded with a visit to Israel and a very special program—Kaliji was the presenter at the Yoga Arava Conference Main Event, attended by nearly 1,000 students!

The Yoga Arava is a unique conference—programs are held with teachers at over 30 locations in the Arava region of the Negev Desert, spanning 90 miles along the Israel-Jordanian border. Students decide in advance at which location they would like to spend the conference, from Thursday evening until noon on Saturday. On Friday evening (the Jewish Shabbat) students from all locations gather at Timna Park, near Eilat, for a sunset main event. Held this year from November 6–8, over 30 students chose to attend Yogini Kaliji’s conference programs at Hatseva near the Jordanian border.

The main event featured a 2-hour class with Yogini Kaliji guiding chanting, Yogaflow, and Prana Vidya beneath the spectacular backdrop of “Solomon’s Pillars” as the sun fell and the full moon rose. The magical setting, the desert air, the sunset and full-moon, the energy of the large group, and above all Yogini Kaliji’s presence and masterful teaching made this a unique and amazing experience! 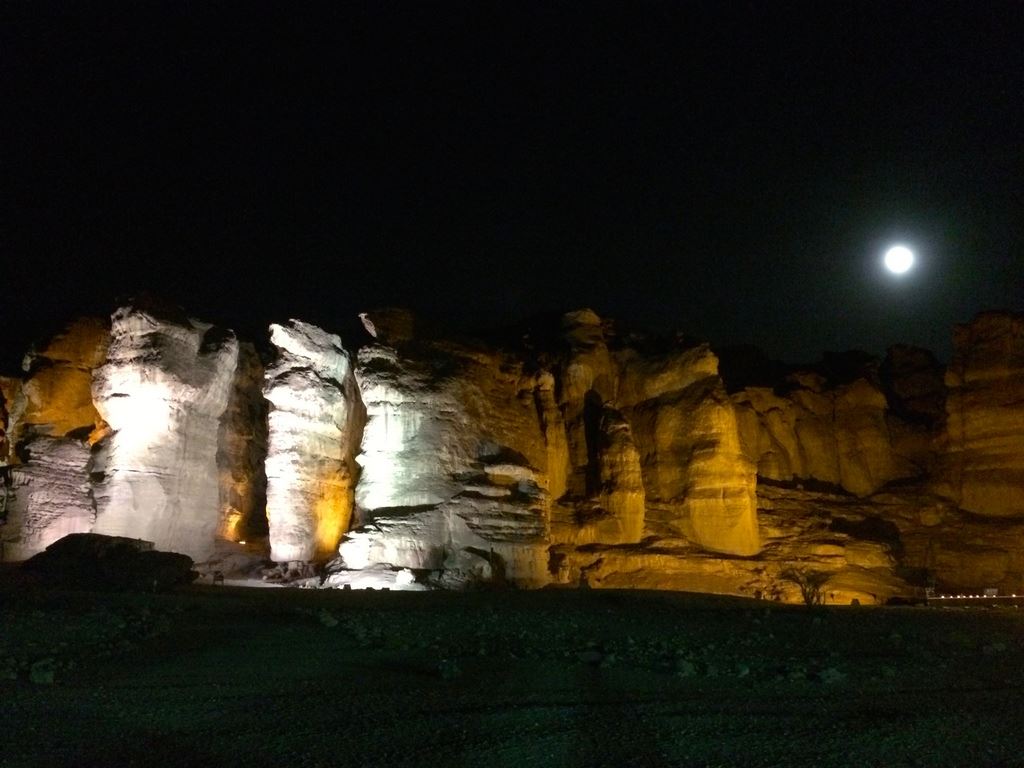 After the Main Event with Yogini Kaliji, attendees gathered at the nearby oasis lake for an evening of vegan food and live-music entertainment. 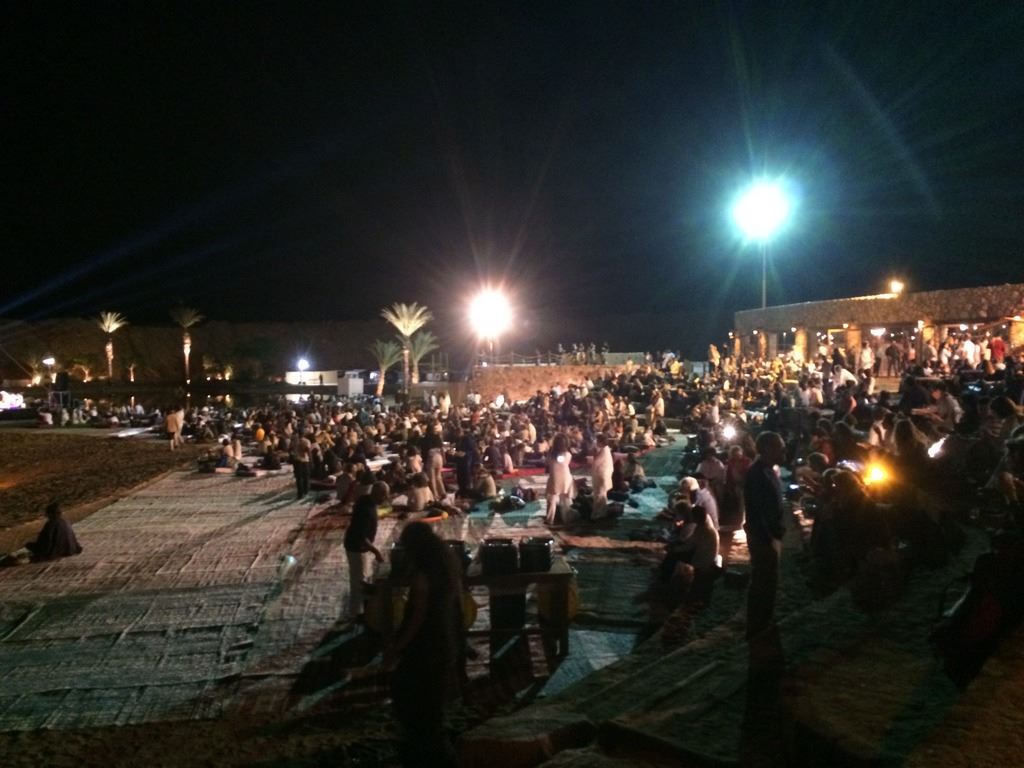 Rani was a chief organizer of the Yoga Arava Conference, and was responsible for inviting Yogini Kaliji to Israel as the conference main presenter. During her introduction at the main event, Rani said of Kaliji “I have never met someone who has taught me so much without even taking one class.” 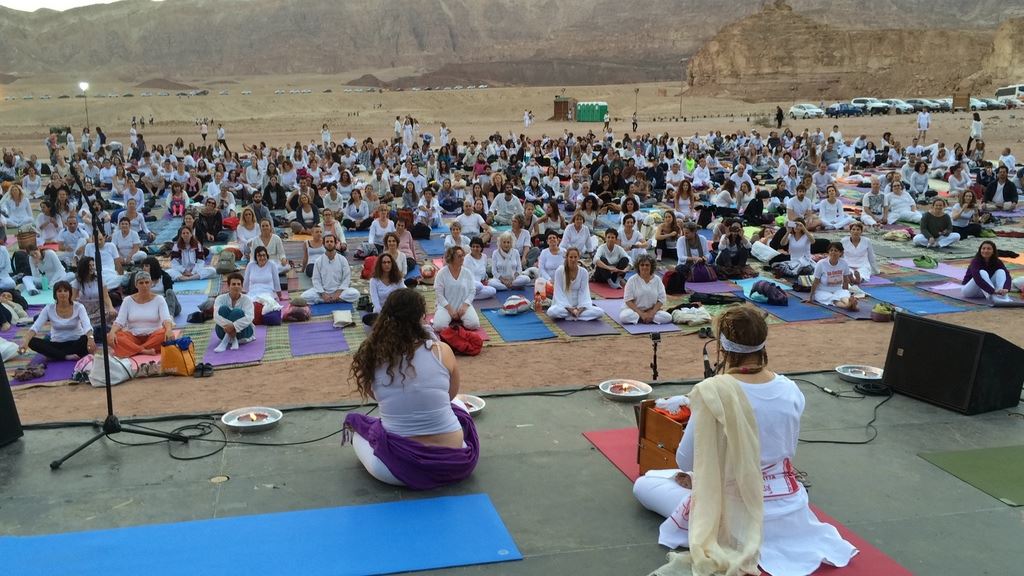 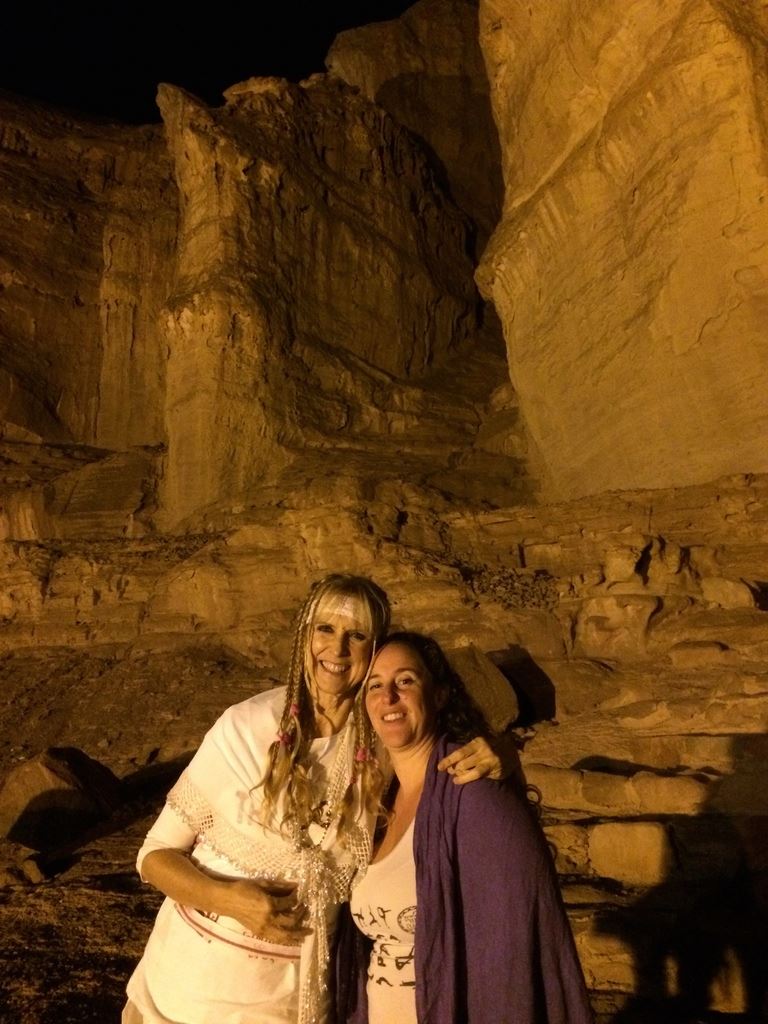 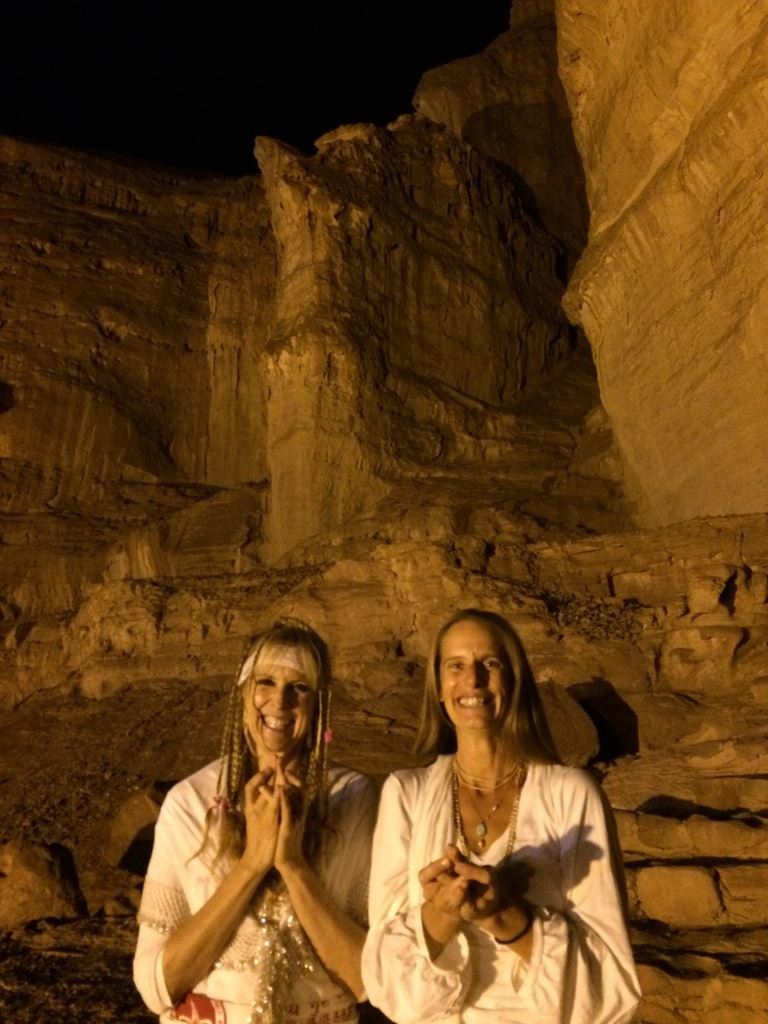 The group included many new to TriYoga, as well as local TriYoga teachers and students. 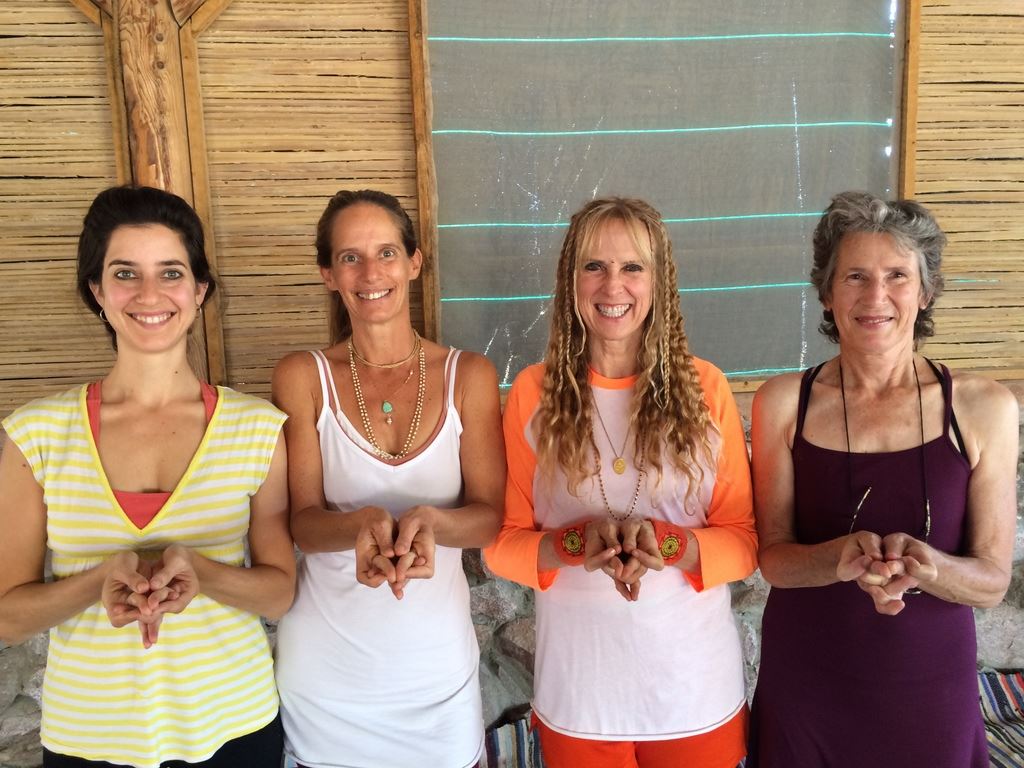 The view from Khan Nahal Arava looking east to Jordan across the Jordan River. 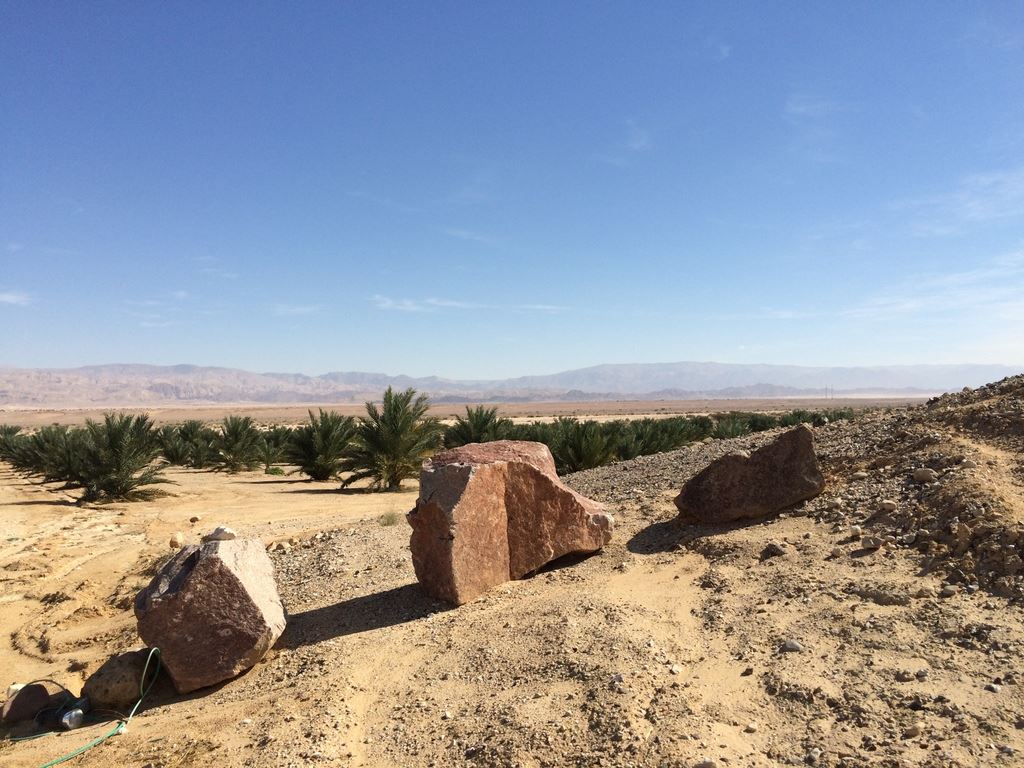 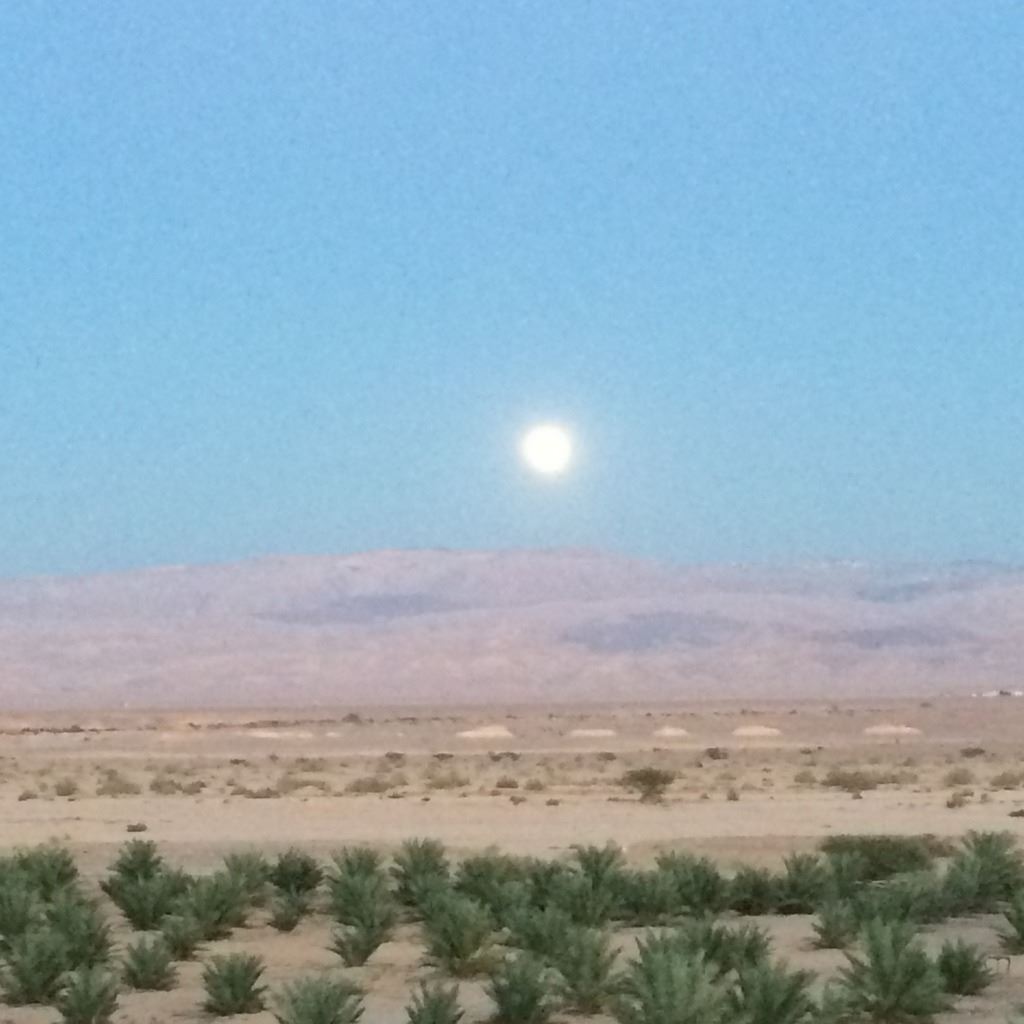 Yogini Kaliji was accompanied to Israel by John, Santoshi and Ekaterina. After the conference, during a stop at the Dead Sea while en route to Tel Aviv, Photographer Kaliji snapped these photos.

John and Santoshi assisted with all programs at the conference, as well as demonstrating onstage with Yogini Kaliji during the main event. They have taught workshops and teacher training in Israel four previous times, and will return in March 2015. 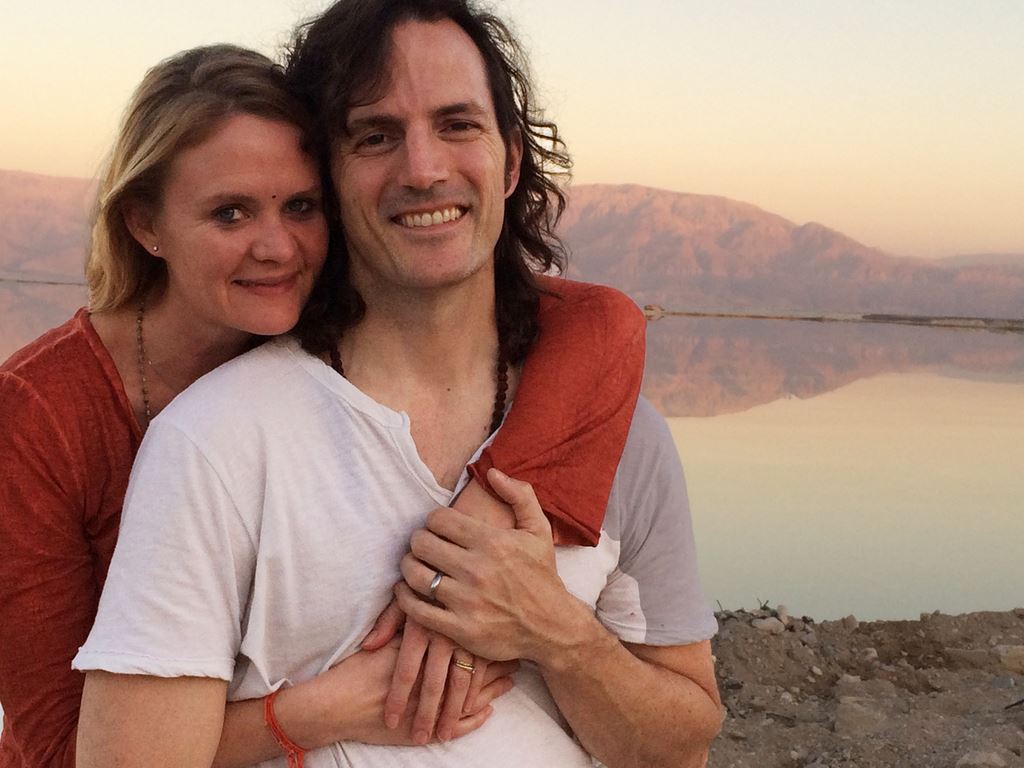 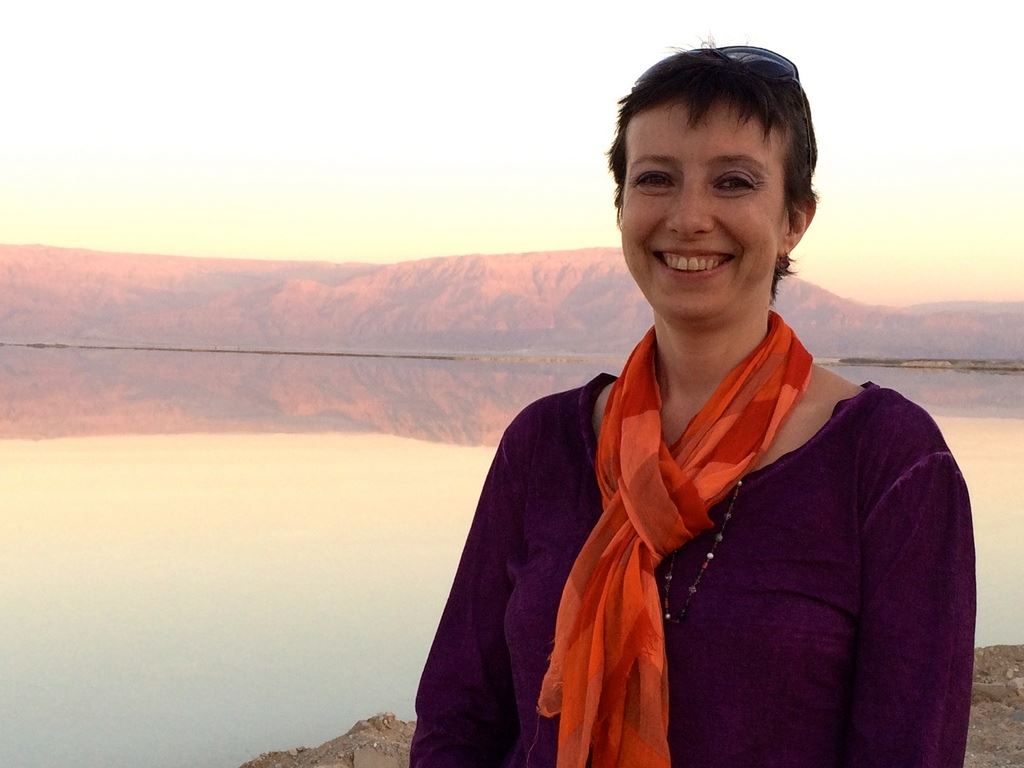 The final stop before the Tel Aviv airport was at a Domino’s location for vegan pizza! Due to a lobbying campaign by Vegan Friendly, a vegan lifestyle advocacy group in Israel, all Domino’s locations in Israel—and nowhere else in the world—offer a vegan pizza! It was so delicious that a second pizza was ordered with leftovers for the flight. 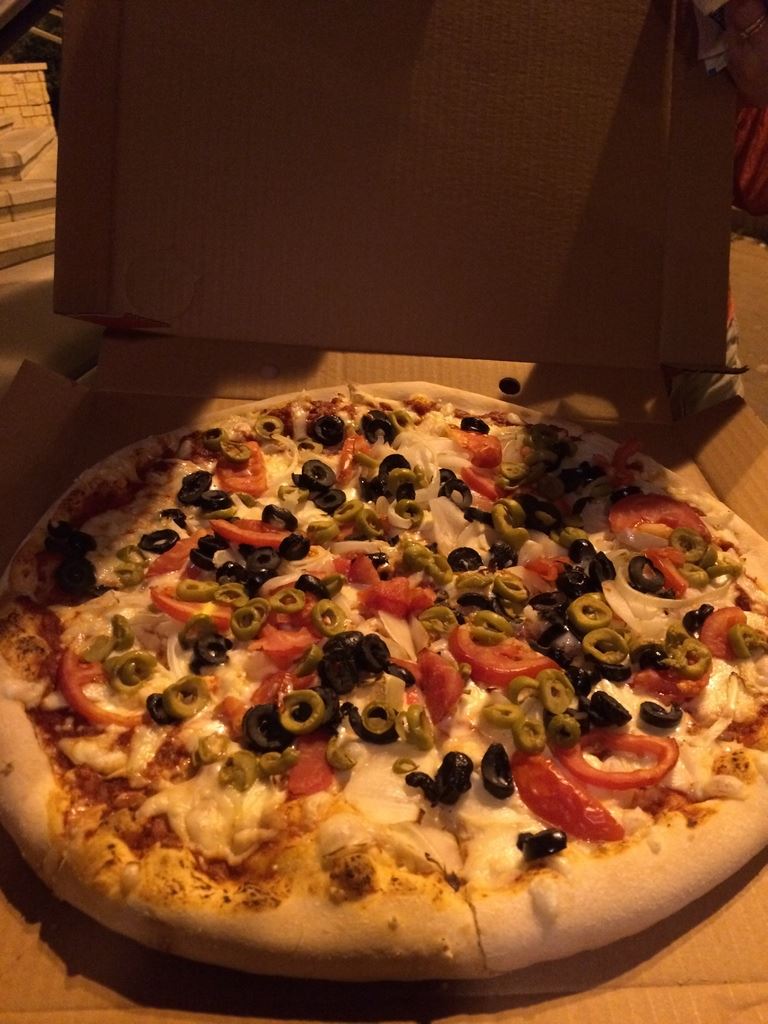