Once the Yoga Yatra began on Monday, more interviews with Kaliji were in the local media. On Tuesday, she was interviewed for the Mysore television channel YMN, and was in print interviews for the Kannada-language newspapers Prajavani and Vijayakarnataka on Wednesday morning. 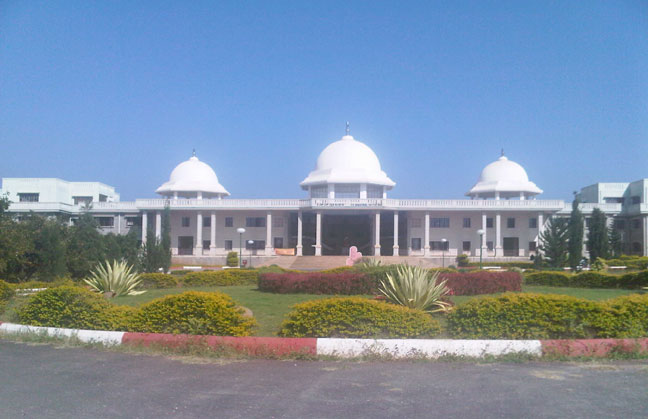 On Wednesday, Kaliji went to the JSS Mahavidya Peetha in Suttur, which is an hour away from Mysore. 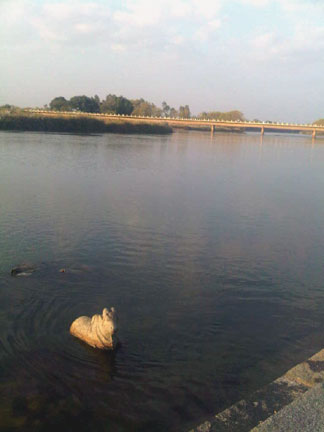 The beautiful Kapila River, on which the school is located 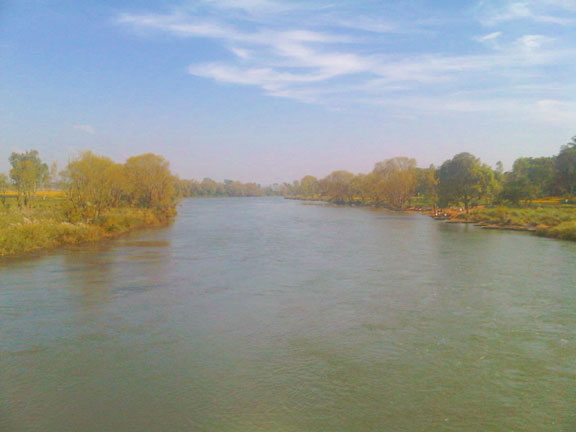 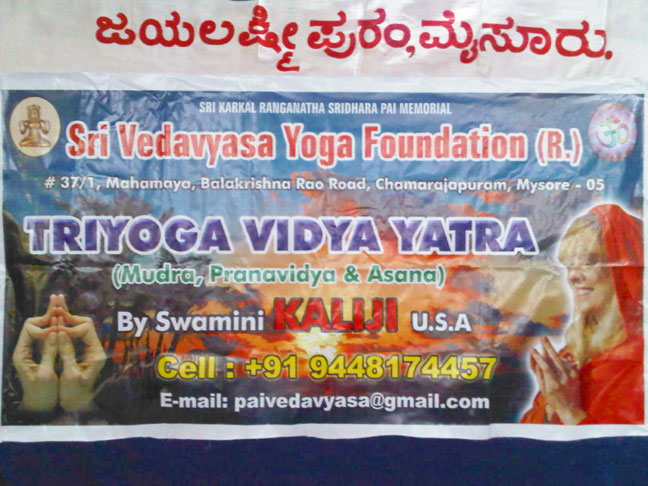 The banner that Dr. Pai had created for this year’s TriYoga Vidya Yatra. 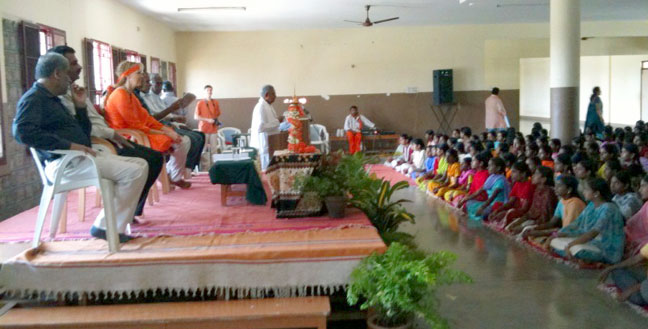 Kaliji spent the day at the school and gave 2 presentations. She spoke on mudra and gave a TY demonstration accompanied Dr. Pai chanting mantras, which received a standing ovation from the audience. 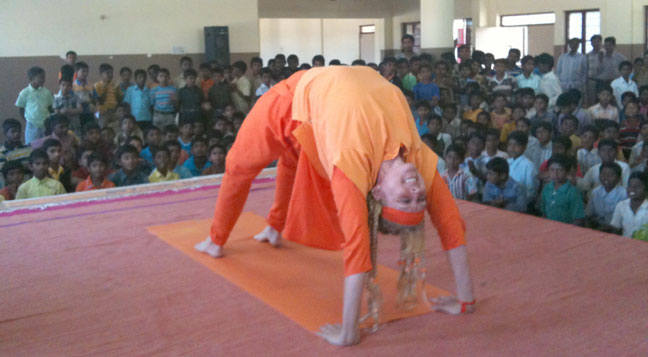 Each day, Kaliji gives one or two TY demonstrations at the programs, during which Dr. Pai chants Vedic and classic mantras. 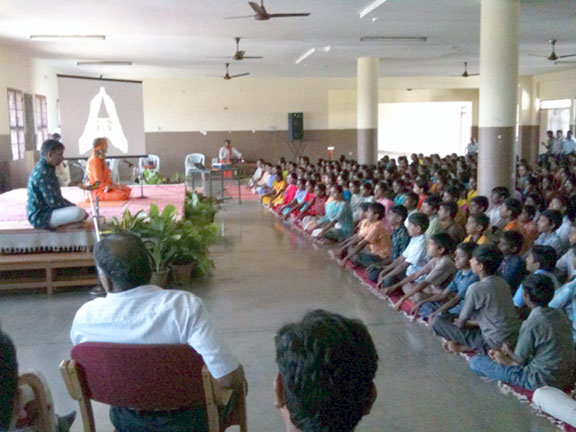 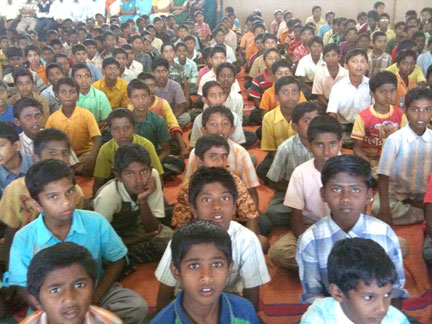 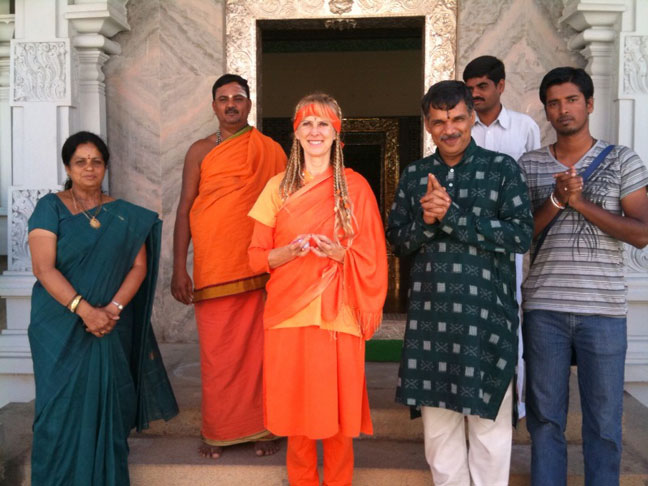 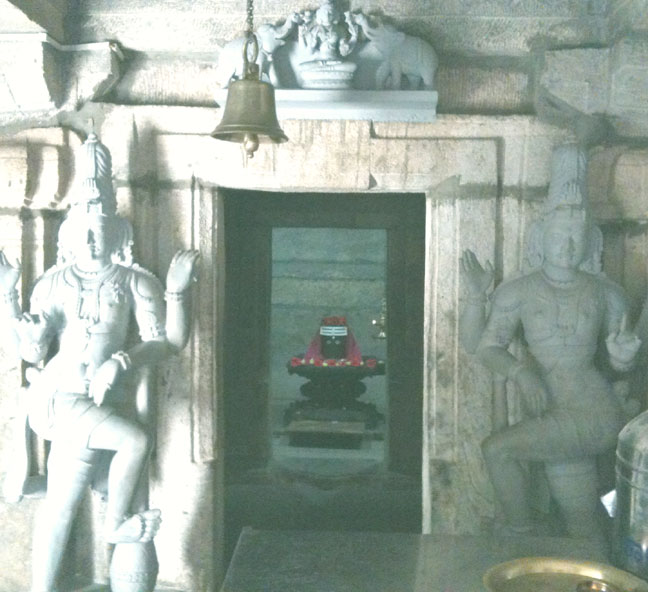 Kaliji visited the Someshwara Temple in Suttur. It contains a bell which, when rung, makes the sound of “OM”. 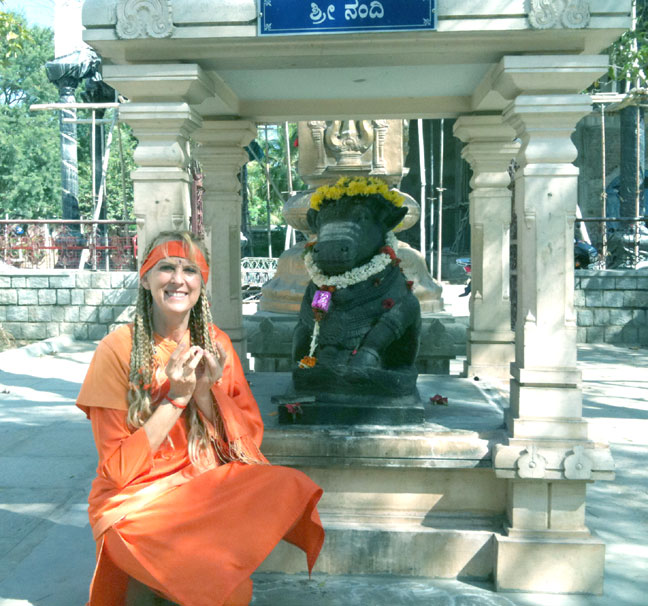 The temple has a large statue of Nandi the bull, which is the vahana (vehicle) of Shiva. 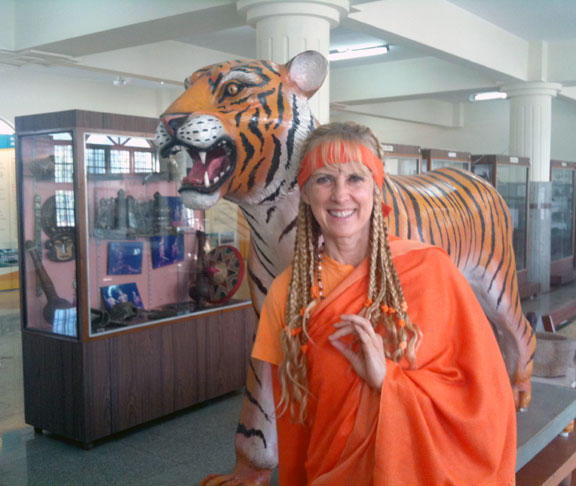 Kaliji with the tiger in the local museum.