After Munich, Yogini Kaliji concluded her European tour with a weekend in Vienna, hosted by the Austria Yoga Association (Yoga Austria-BYO). Each of the five, 3-hour workshops were filled to capacity with happy students from Austria and Germany. 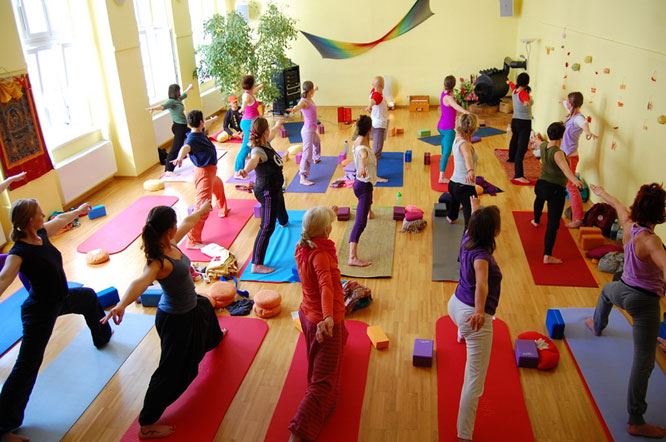 The beautiful asana space at zeiTraum was a wonderful setting for Yogini Kalij’s visit. 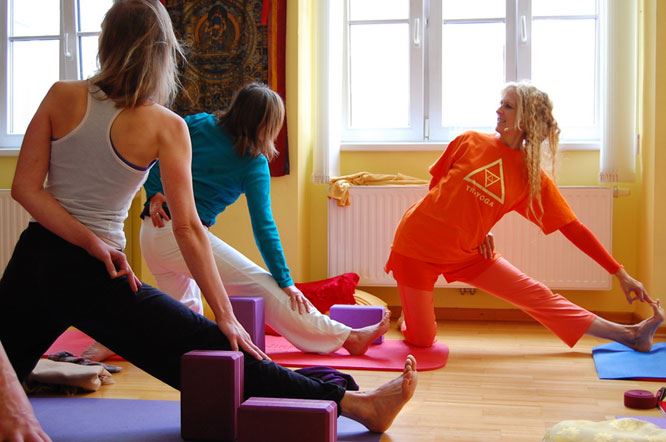 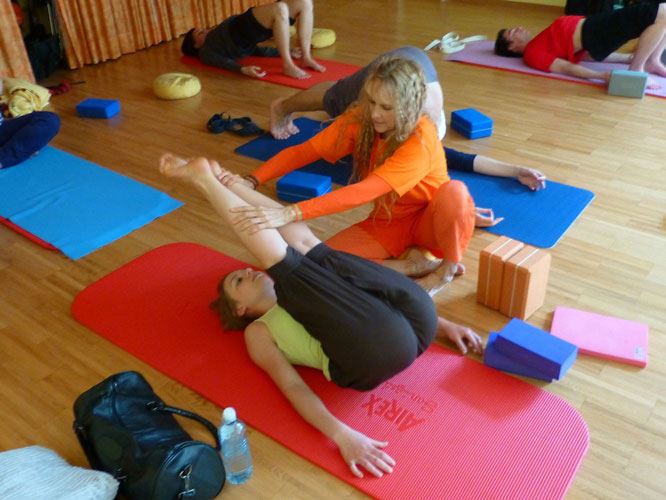 Students enjoyed demonstration and guidance from Yogini Kaliji during the flow. 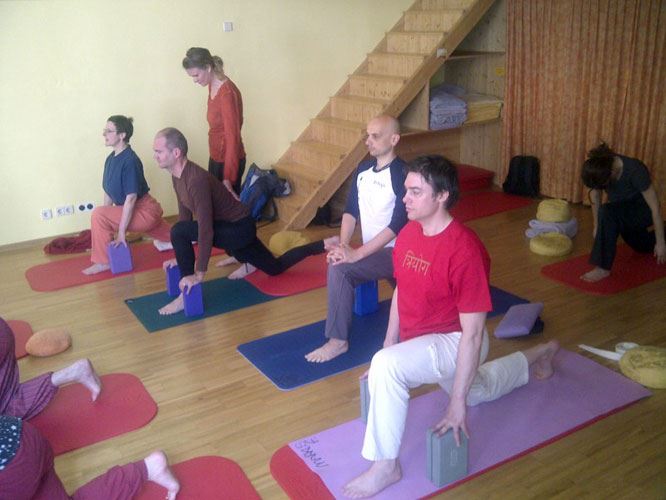 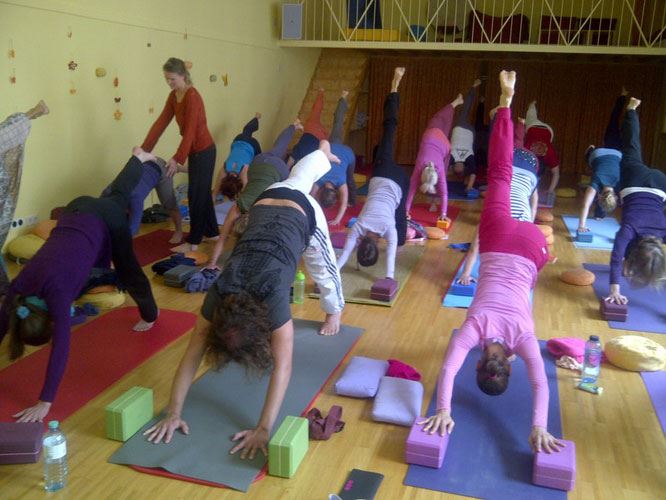 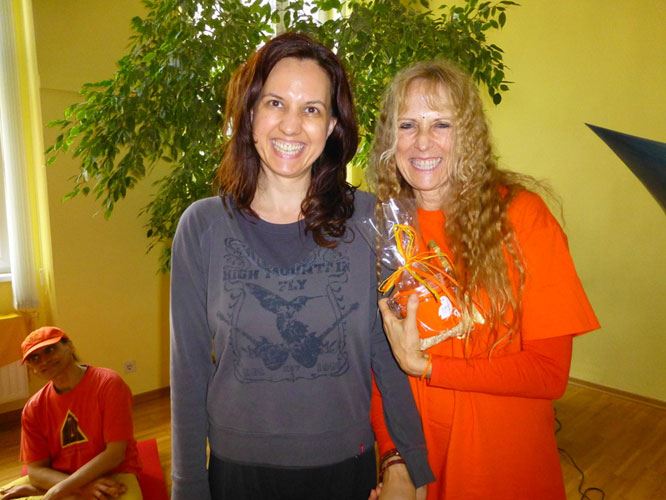 Yogini Kaliji with Nora, chairman of the Austrian Yoga Association. Nora was the main organizer and host for Kaliji’s programs in Vienna for the second consecutive year. 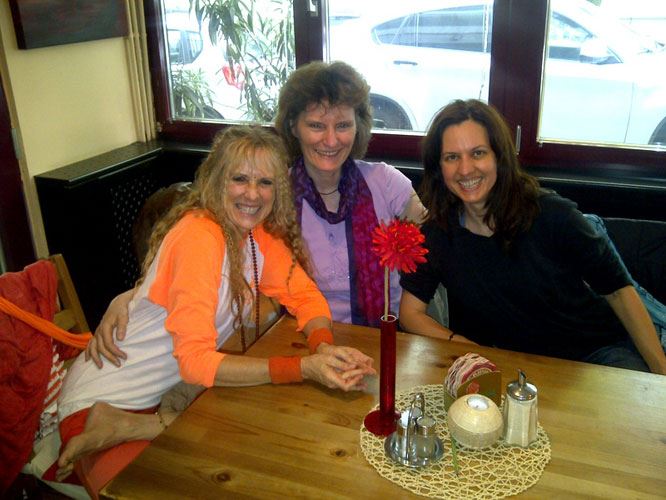 Nora and Erika (past chairman of Austrian Yoga Association) joined Yogini Kaliji and a group of students for a vegan meal in Vienna. Erika served the association for 15 years and was the organizer of Yogini Kaliji’s programs before Nora became chairman. 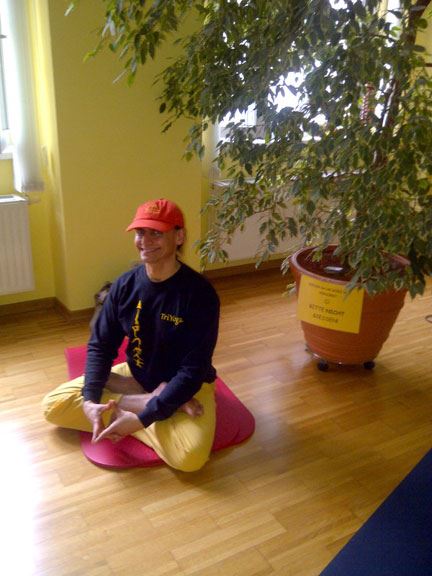 Mitra Deva impressed everyone with his great translation, and inspired everyone by sitting in lotus continuously for each 3-hour workshop! 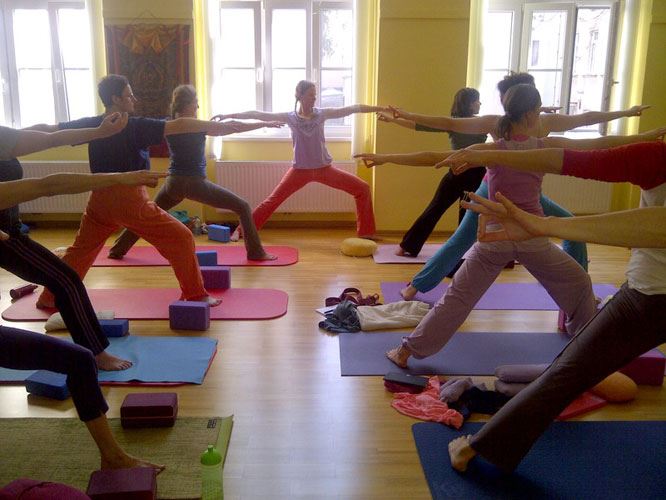 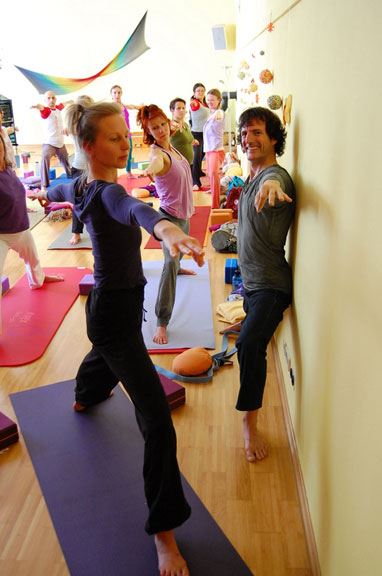 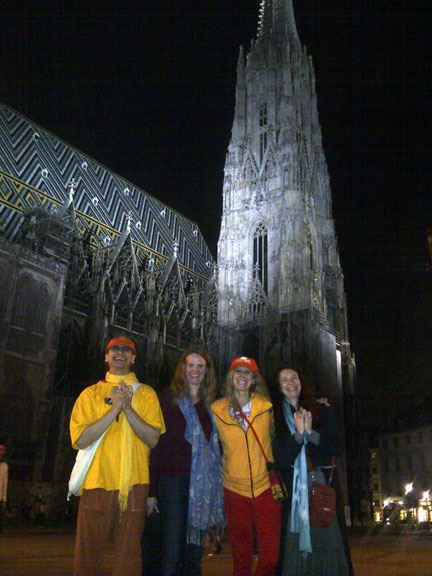 Vienna is a wonderful city for walking and sightseeing! Yogini Kaliji was joined by Mitra Deva, Ekaterina (from Vienna), Stef and John (behind the camera) for an evening outing in the city center. 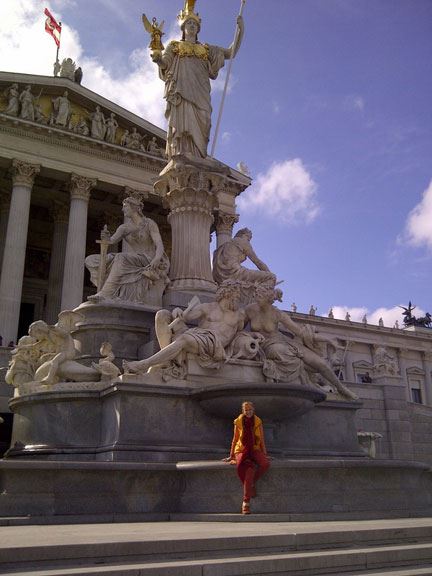 Enjoying the beautiful weather in front of the Parliament building! 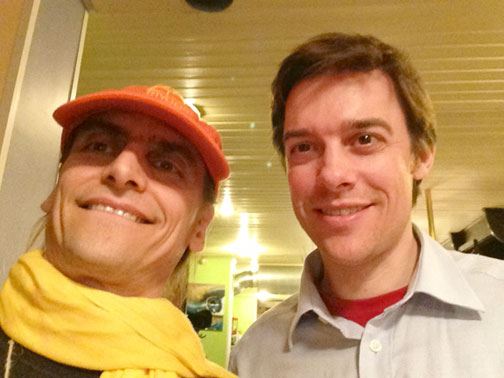 Mitradeva and Marcus; Marcus first met Kaliji at a retreat several years ago and was immediately drawn into mudra practice. He studies at the TYC Vienna and spent the whole weekend with Kaliji.
triyoga2018-12-24T20:56:13-08:00