TY in Vienna with Kaliji

After departing the Kisslegg retreat, Kaliji’s tour continued with a weekend program in Vienna. Organized by the Austria Yoga Association, nearly 30 students enjoyed the program of flows, prana vidya, talks by Kaliji, and mantras chanted by Mercury Max. 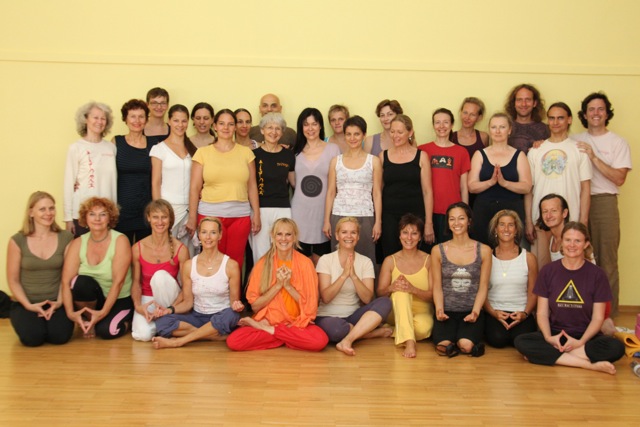 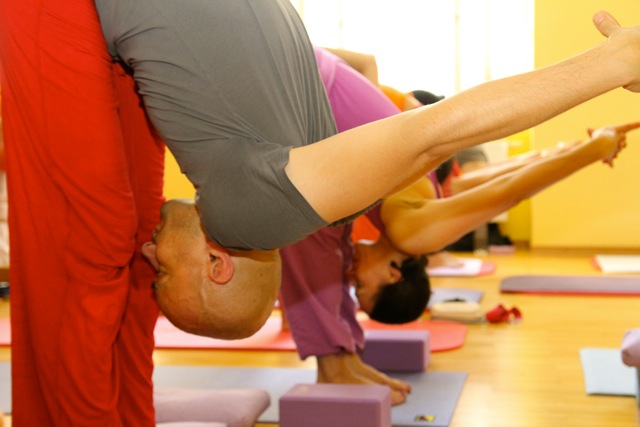 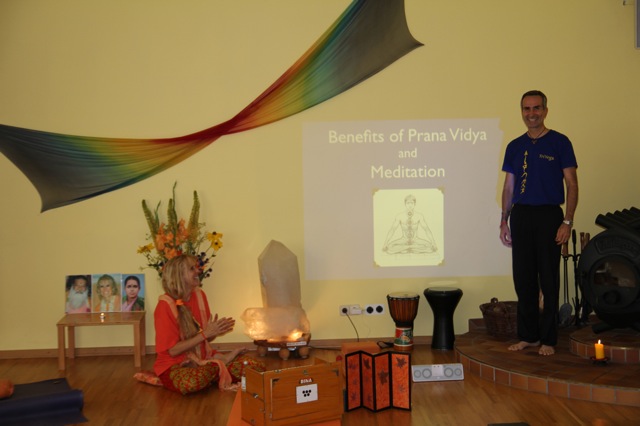 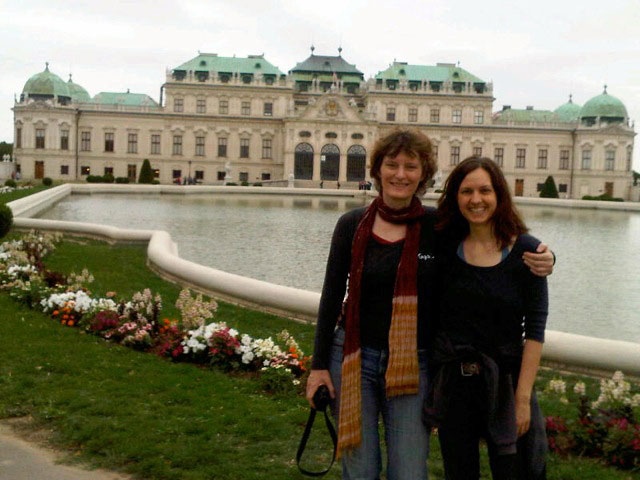 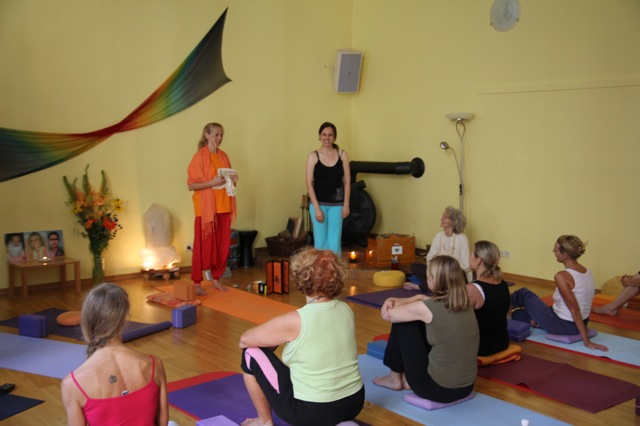 Nora presenting Kaliji with gifts of thanks for the wonderful weekend.

The Vienna programs coincided with the full moon of Guru Purnima on Friday, July 15. Guru Purnima is a day in which people all over the world celebrate the teachers in their lives. To celebrate this day, the group touring with Kaliji organized a sightseeing trip to the Belvedere, a beautiful palace and park in central Vienna. During the trip, the group surprised Kaliji with a dramatic performance, in which they impersonated one another and other TriYoga family members around the world, and finished with a song and dance routine! 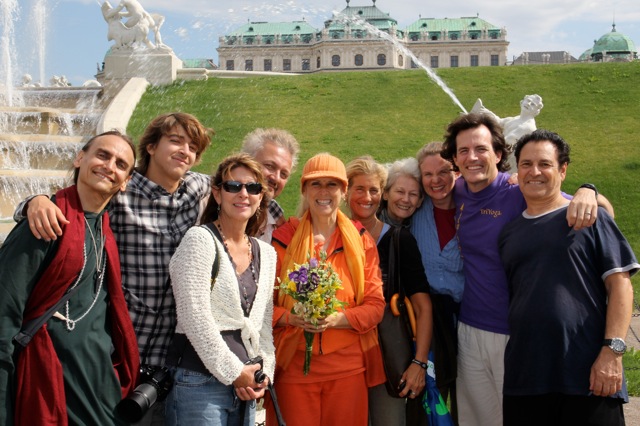 The tour group with Kaliji. To the left of Kaliji are Manu, Daya, and Matt Chrans. Longtime students and supporters of Kaliji, this was their first trip with Kaliji in many years. 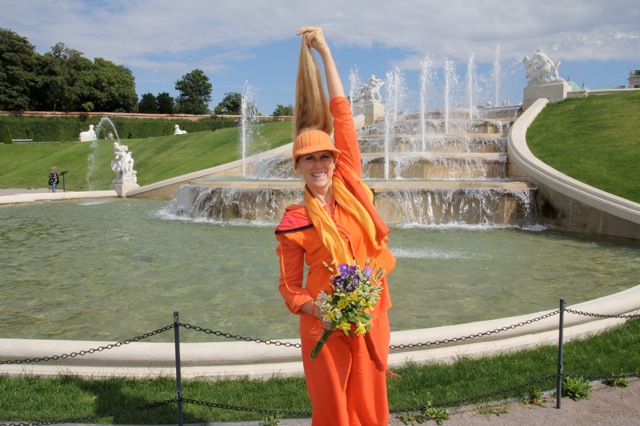 Kaliji finds a way to make the most of every photo opportunity! 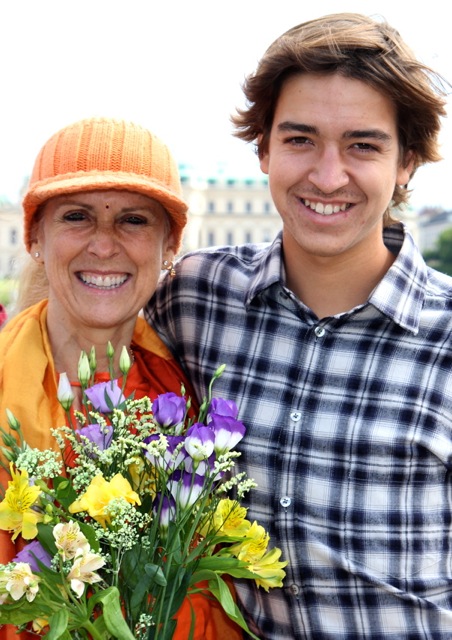 The trip to Vienna marked Matt’s first trip to Europe. Matt is a talented actor in Los Angeles, and has known Kaliji since birth. He is also Kaliji’s co-star in the TriYoga Kids DVD. 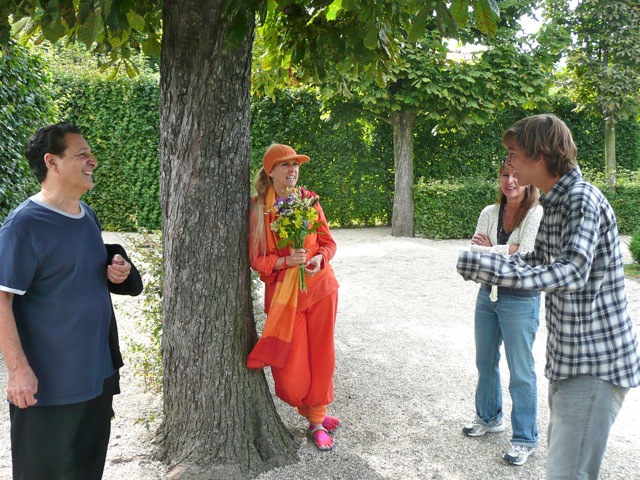 Matt’s hilarious impersonations were a highlight of the group performance. 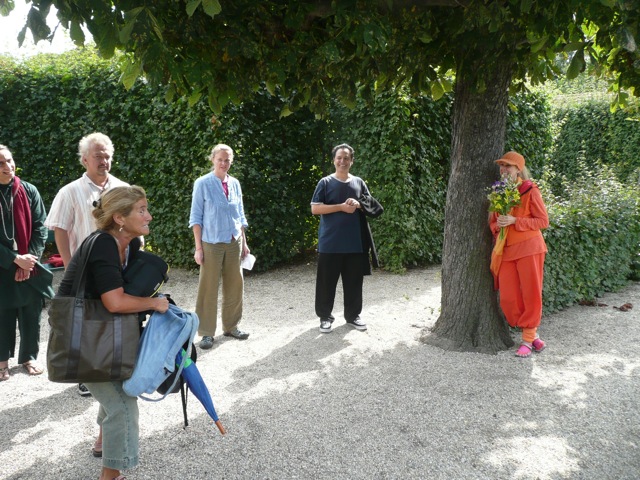 Matarani produced and directed the show, and also provided a fantastic impersonation. 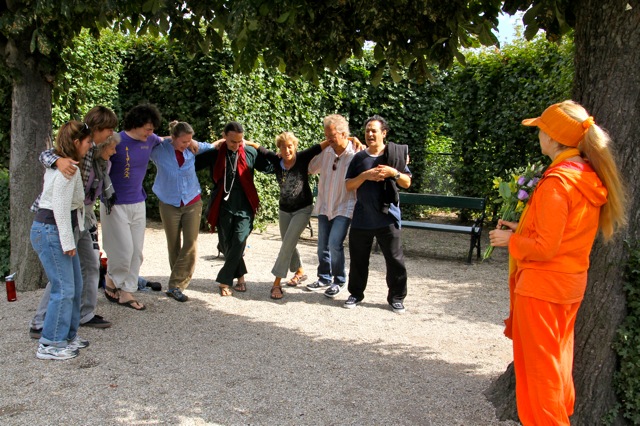 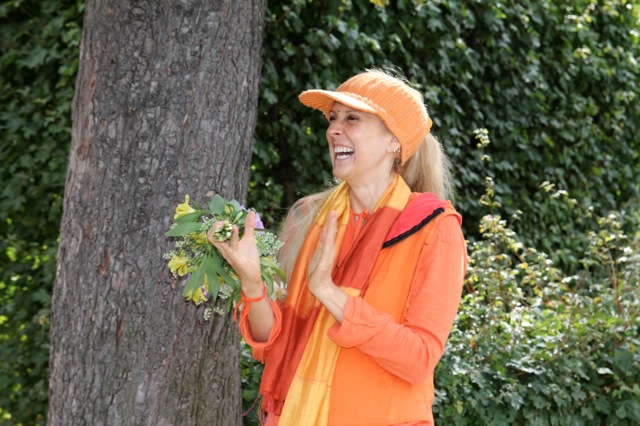 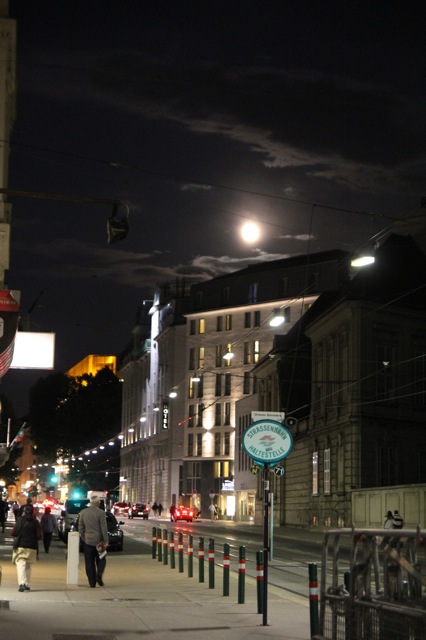 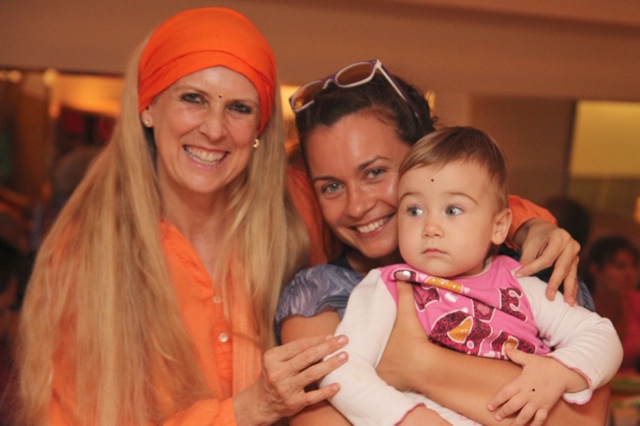 TriYoga teacher Katyerna Bilyk from Italy with her daughter Kala. 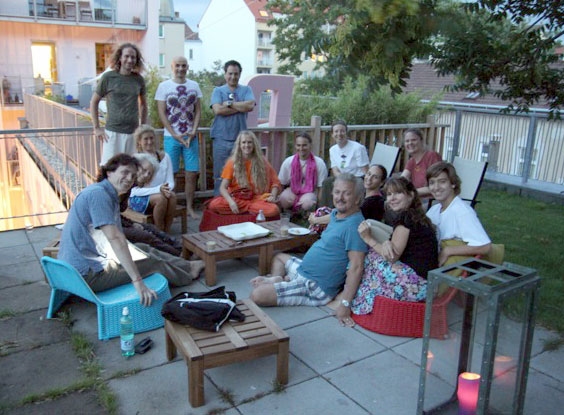 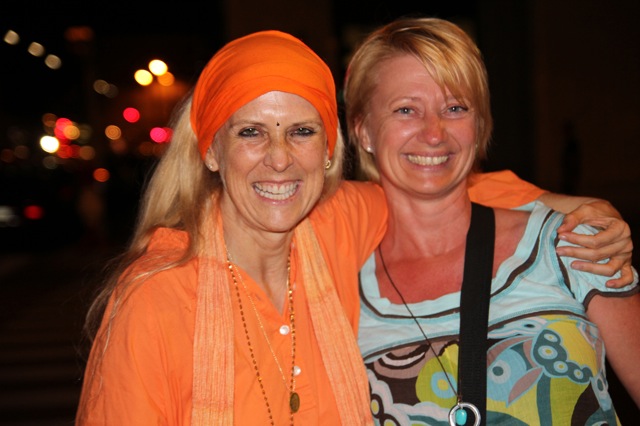 Austrian TriYoga teacher Elisabeth Duerl attended the Kisslegg retreat the previous week, and was disappointed when she missed an opportunity to say goodbye to Kaliji. Elisabeth then went on holiday to Vienna with friends, and was surprised and delighted to see Kaliji while walking in central Vienna!