John and Stephanie just completed an 11-day trip to Taiwan, where they were hosted by the OkiDo Yoga Association. TriYoga was taught in 7 different locations across Taiwan, including the 25th Annual OkiDo Yoga Autumn Seminar. OkiDo Yoga hosted Kaliji in Taiwan in 2004 and 2005, and many students were very happy for TriYoga teachers to return. Total attendance for programs with John and Stephanie was nearly 500 students!

The Autumn Seminar is Taiwan OkiDo Yoga’s biggest event , with over 120 students and teachers attending this year. In addition to teachers and students from all parts of Taiwan, there was also a large group of teachers and students from Japan. John and Stephanie were the only non-OkiDo teachers invited to the seminar. Many expressed their feeling that the TriYoga classes were the highlight of the seminar, and all wished for TriYoga to return soon. 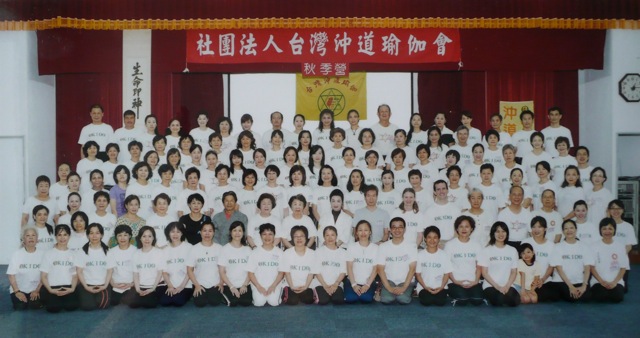 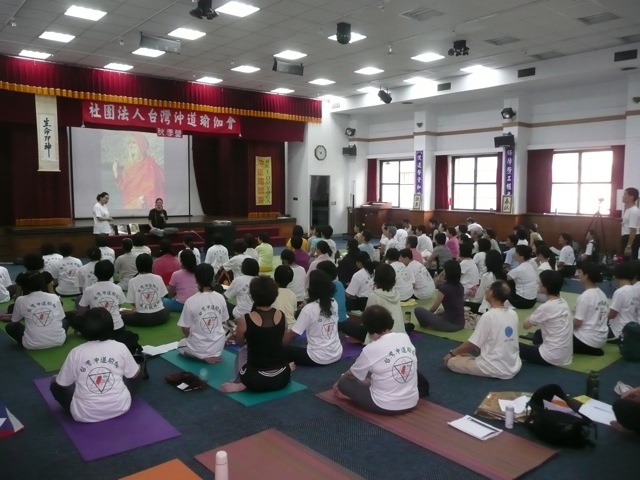 In addition to six TriYoga Flow classes, a Mudra and Chanting class was taught to the entire seminar group. As always, mudras generated amazement and big smiles! 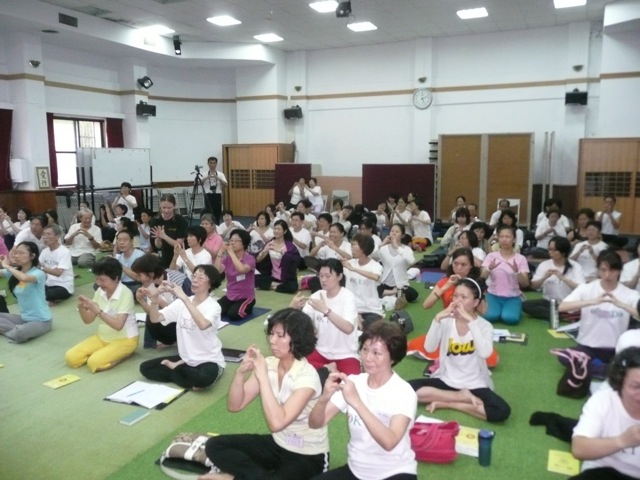 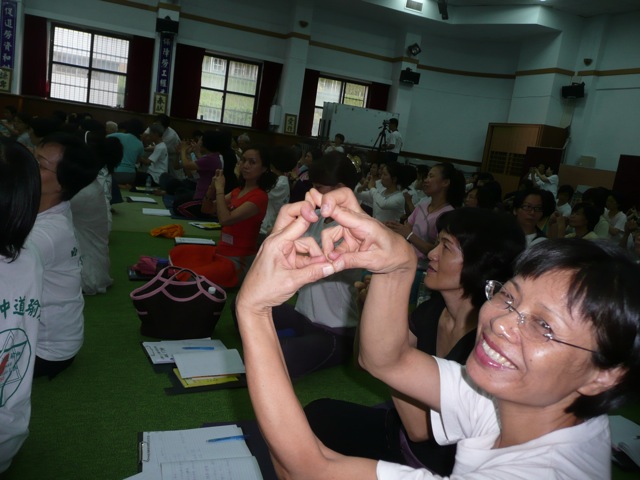 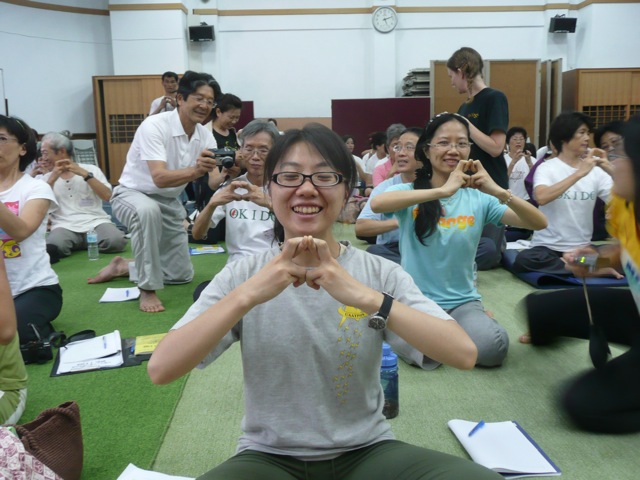 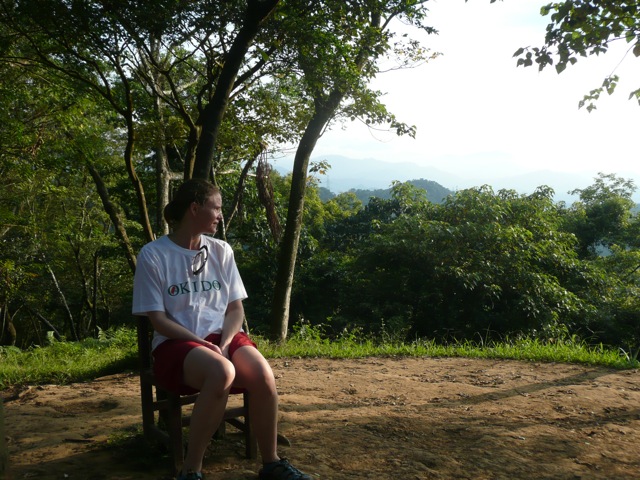 The seminar was held in the beautiful Stone Gate (Shi Men) region of Taiwan. John and Stef found time for a hike to the top of Stone Gate Mountain. 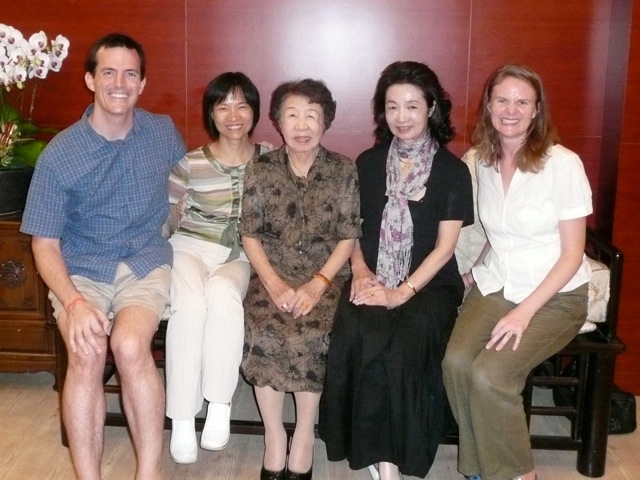 After the autumn seminar, OkiDo Yoga hosted John, Stephanie, and the Japanese group to an amazing vegetarian meal in Taipei. Pictured here (from left to right): OkiDo Secretary Julia Lai, past OkiDo President Mrs. Bai, and OkiDo President Chiang. Mrs. Bai and her late husband Mr. Bai were the founders of OkiDo Yoga in Taiwan. Kaliji calls them her Taiwanese mother and father. Julia was instrumental in organizing the TriYoga tour, hosted John and Stef in Taipei and JhongLi, and assisted with translation. 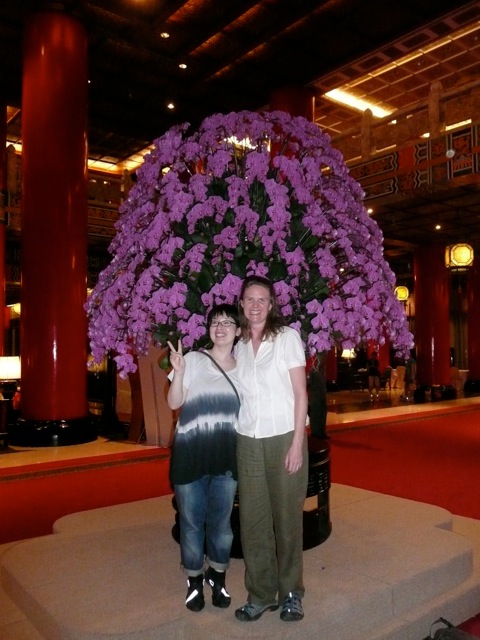 Generous hosts always seem to find time for sightseeing. Stephanie and a Japanese OkiDo student are pictured here in the Taipei Grand Hotel. The amazing orchid in the background is real! 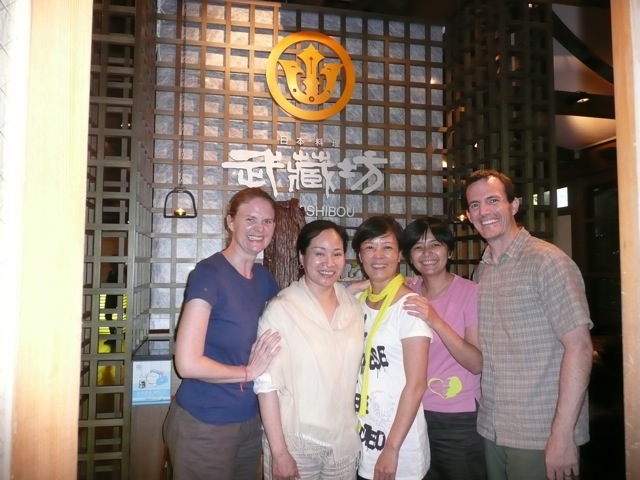 John and Stephanie spent two days in LuoDong, on the east side of Taiwan, where they were hosted by OkiDo teacher and studio owner Echo. Echo translated for the programs in LuoDong, and also helped with translation at the Autumn Seminar. Echo and her students planned a very fun day of sightseeing, and also an amazing Japanese vegetarian meal. Pictured (from left to right between Stef and John): Echo and her students Cathy and Winnex. 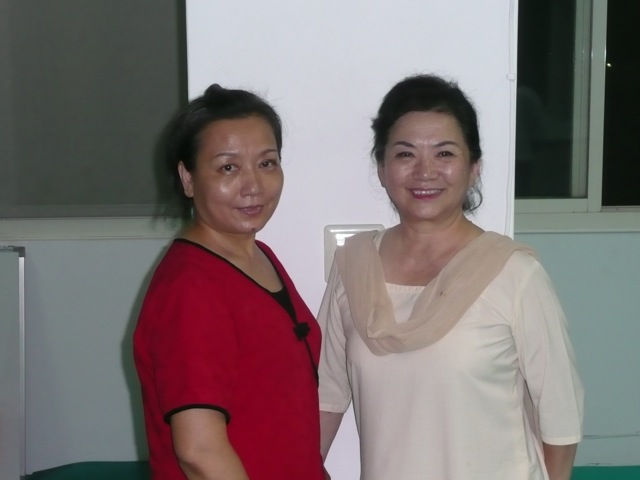 In Taichung, TriYoga programs were taught at the studio of OkiDo teacher MeiZhen and translated by Malaka. Malaka translated for Kaliji in 2004 and 2005, and also organized a group of Taiwanese students to visit India with Kaliji. Malaka now has her own yoga associationå‚aiwan Integral Yoga. 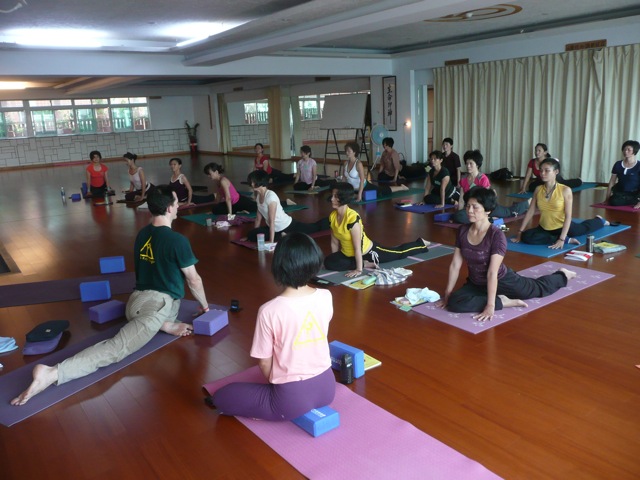 The program concluded with a full day of programs at the OkiDo Yoga Center in Chiayi City. John and Stef also taught programs here during their last visit to Taiwan. Pictured (from left to right): OkiDo Secretary Julia, TriYoga teacher Judy Lin (translator for the programs), and studio owner Mr. Chang with his daughter. 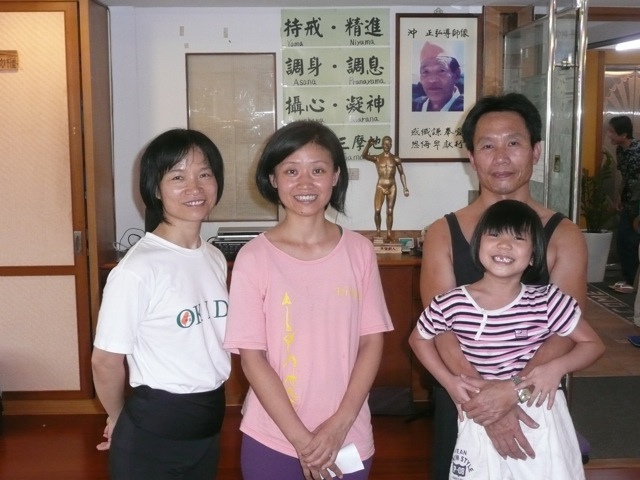