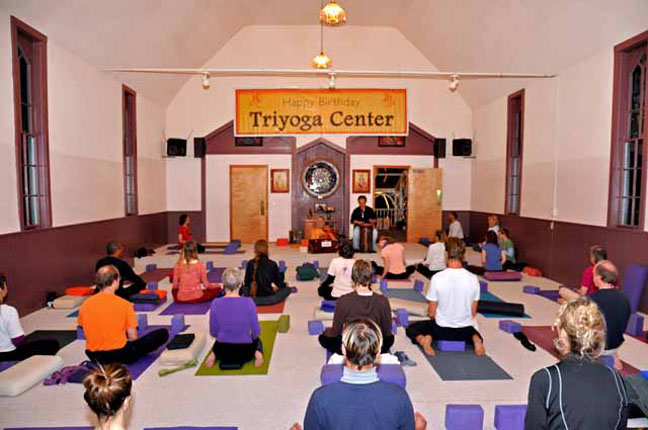 TriYoga 31 was celebrated at TriYoga Center Santa Cruz, CA with Yogini Kaliji on February 18th to 20th. The theme of the TriYogathonâ€™s 9-hour perfectly paced practice was TriYoga Practice and Path, and included asana, pranayama, mudra, meditation, jnana (yoga knowledge) and chanting. Mercury Max chanted mantras at the beginning and close of sessions. 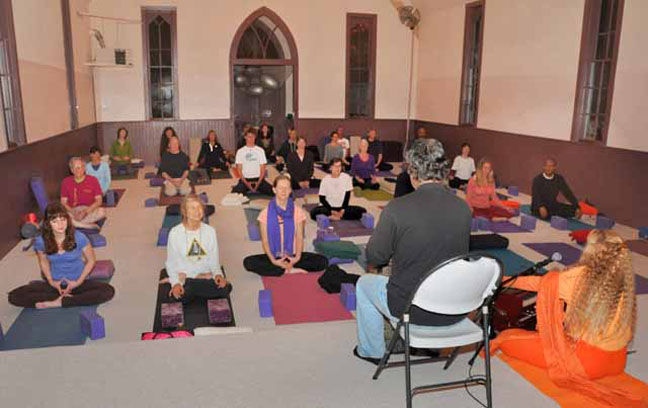 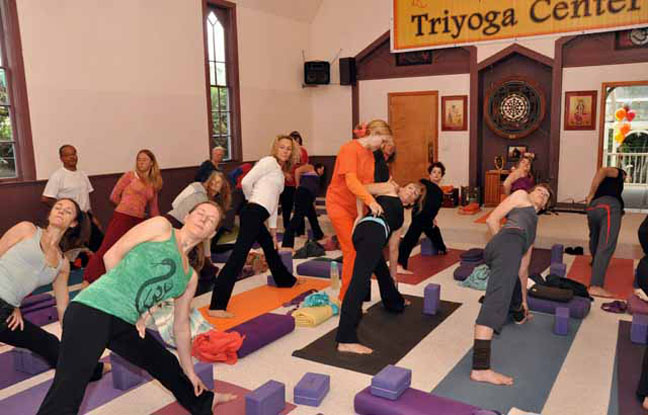 Kaliji presented Ida Forsberg from Sweden with her TriYoga Basics certification. With Ida being the first in Sweden, TriYoga is now taught in 35 countries. 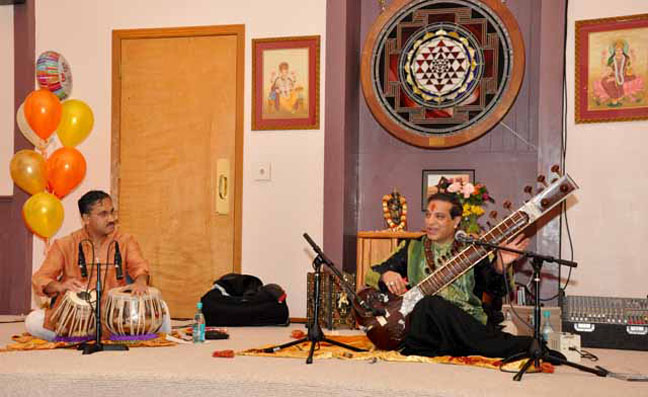 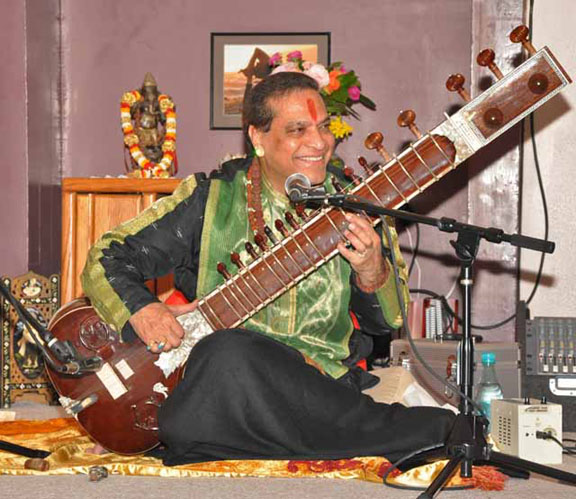 Pandit Habib Khan, one of the most influential musicians of Indian classical music, comes from a lineage known for its unique style of melding the human voice and the sitarâ€™s instrumental tone into a harmonious whole. An accomplished composer and vocalist, his talent extends beyond the traditional genres of Indian music to embrace a highly creative exploration of Eastern and Western modes of music.

Satish Tare has completed many years of advanced training and received his diploma in music from Mumbai University. He is not only an accomplished solo tabla player, but is also a great accompanist.

Thank you to Jia for providing a delicious and healthy vegan dinner for Kaliji and her guests.