Home/TriYoga/Prana Vidya/Meditation
Meditationtriyoga2018-12-24T20:55:24-08:00
[sws_blockquote_endquote align=”” cite=”Yogini Kaliji (excerpt from Prana Vidya manual)” quotestyle=”style02″]The meditator gains the power to witness the interaction of the three functions of the mind; thus, self-knowledge awakens and one realizes blissful consciousness. [/sws_blockquote_endquote]
Ahankara is the sense of “I.” Aham means “I am.” Ahankara refers to ego, ranging from the less evolved I-ness to the higher levels of development that yogis attain in meditation. 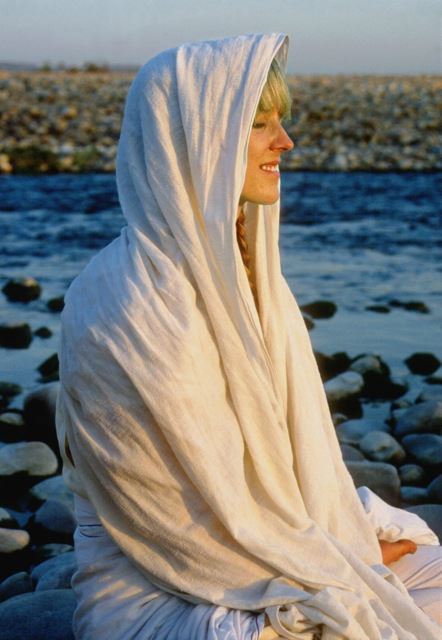 Manas is the mental screen where all information is witnessed. Information from the senses, the memory bank, and inner guidance are all experienced on this screen of perception. Manas is also the recording instrument for the mind. Everything received is recorded as prints and stored in the memory bank. These prints will continue to appear based on the need and attachment to them. When the prints are no longer given attention or allowed to manifest, they will eventually dissolve. This is called nirodha.

Citta serves in the mind as the memory bank. In Western terms, beneath the conscious mind or manas is the subconscious or citta where all memories reside. Citta is both passive and active. As the passive side, it receives and stores all impressions. The active aspect of citta offers information to the mental screen of manas. When manas is not receiving input or it is reduced, the screen is available to receive additional information from citta, such as past experiences, images, and imagination. The subconscious projects these memories onto the mental screen.

Buddhi is the discriminating faculty, the intellect, comprised of three stages. The highest stage is pure intuitive discrimination. Right knowledge spontaneously appears. It is the inner voice that cuts through all maya or ignorance.

The second stage of buddhi discerns the course of action. Through reasoning and reviewing the issues involved, an answer is presented.

The third and lowest level of buddhi simply responds to the impressions on the screen of manas. It is a basic type of unconscious or instinctual action or reaction, such as when one touches a hot object and immediately retracts the hand.

The functions of the mind work together so quickly that they appear as one. Manas receives the information, citta supplies memories, and buddhi discriminates. For example, an object is perceived by the senses and projected onto the screen of manas. Buddhi determines the object. The ahankara identifies with the object. Different memories or impressions from citta come to surface that relate to this present experience. The information is looked upon by buddhi to determine the best course of action.

If ahankara follows through with the right action, will power becomes stronger and over time it will be easier to follow the inner wisdom. If the decision is based on the lower mind, swayed by circumstances, impulse, emotion, or past habits, then the print made is a weakness that will repeat itself, weakening the power of discrimination.

In a situation where the lesser decision is made, it is said the light of buddhi’s discrimination was covered by binding samskaras, prints in the mind. Therefore, it appears less evolved. But in reality buddhi does not evolve. It is only uncovered when the inner voice, which is always present for those who listen, is followed. To perceive the higher levels of buddhi, meditation is essential.

To begin meditation practice, one becomes the witness. The ahankara witnesses the three functions of the mind. Higher knowledge dawns during this witness state. Through sustaining the witness state, consciousness expands and the I-AM continues to the Causal Body, the sheath of bliss. One who resides in the blissful consciousness is the witness of “I AM Bliss,” asmita samadhi. Ahankara dissolves into the bliss, realizing its source, the soul, and its triple manifestation, Satcitananda.

The soul (Atma) is realized as the witness. It witnesses the three bodies and the three mental functions. When the soul projects to the world, the individual “I” is called ahankara. When the “I” goes within, it is called the soul. Abiding as “I AM,” the soul reflects the non-dual witness state as the moon reflects the sun.

[sws_blockquote_endquote align=”” cite=”Sri Brahmananda Sarasvati” quotestyle=”style02″]
Ah, to realize the real witness is the goal of meditation.
Called by many names, Devi, Higher Self, God, or Brahman,
It is the same witness. It is the Supreme Soul (paramatman).
It is the Ultimate Witness. “I-Am” is Eternal
All things in time and space must vanish.
All things, all events, all manifestations,
are bound by time and space; they come and go.
But “I-AM” is eternal. “I-AM” is permanently available.
Every manifestation originates from “I-AM”,
depends on “I-AM”, and ultimately submerges into “I-AM”.
[/sws_blockquote_endquote]