TriYoga with Kaliji in Siberia ~ April 2012 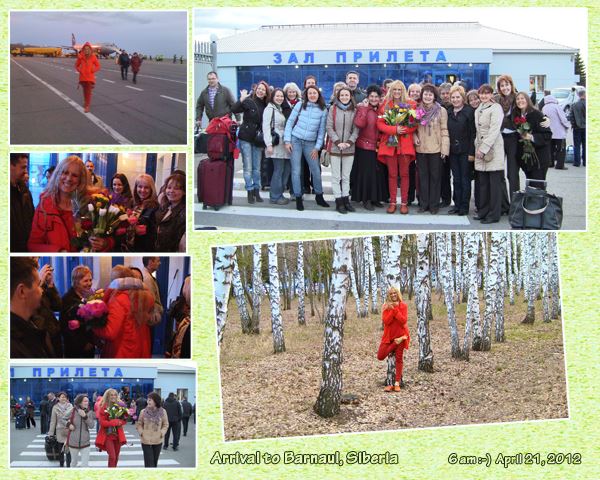 Kaliji arrived in Barnaul, Siberia at 6 am on April 21, and was greeted by a crowd of excited TriYogis.
Many had tears of happiness in their eyes, as they had not seen Kaliji for 5 years. 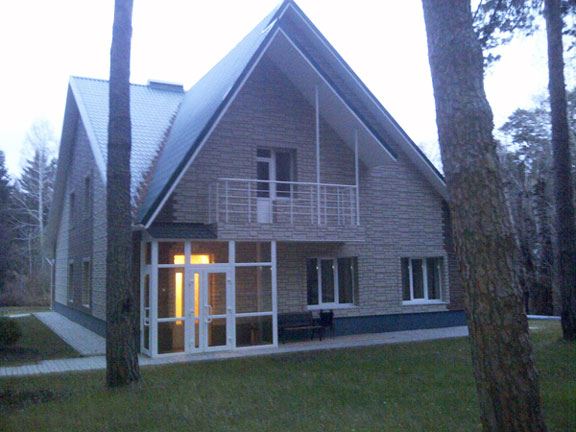 From the airport, Kaliji was taken to her residence, a beautiful house surrounded by nature. She stayed
in the same place where Russian president Vladimir Putin stayed when he visited Barnaul.

On the way, Kaliji stopped to walk among Siberian birch trees. 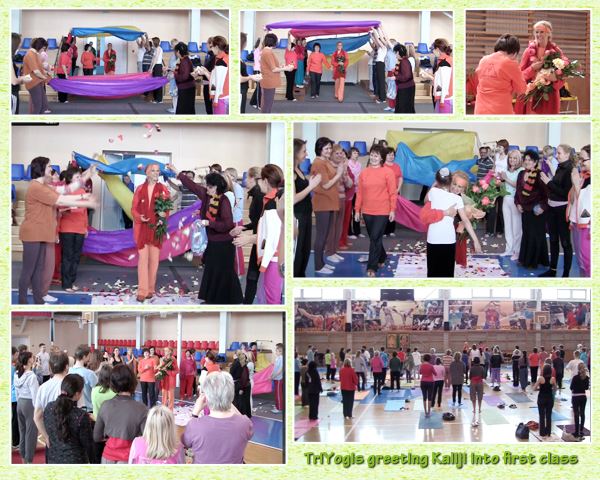 At the first class, students greeted Kaliji with shawls, rose petals, garlands and flowers. After the initial
applause and excitement, all stood in silence, feeling Kaliji’s presence among them. 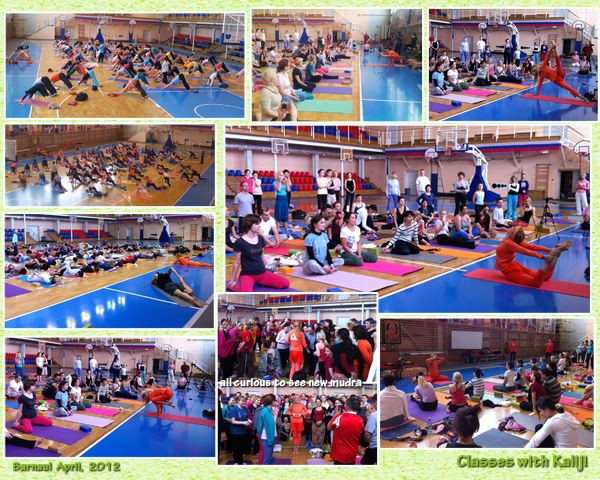 Kaliji’s masterful guidance of the Yogaflow, Prana Vidya, Jnana, chanting, and Devi Dance made each 5 1/2 hour class pass quickly. New mudras came to Kaliji during a few of the classes. All marveled at the miracle taking place and crowded around her to get a good view of the mudras. 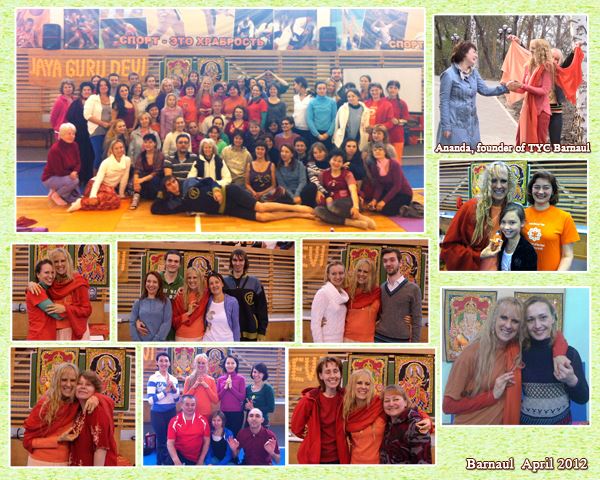 At each class, Kaliji was greeted with flowers or balloons. Nandi and Eva-Maria offered assistance,
and they also taught 3 days of teacher training that were attended by over 40 students.

While in Barnaul, Kaliji was interviewed by a local TV channel and 2 newspapers.

The program was organized by Ananda, TY teacher and founder of TriYoga Center Barnaul. Ananda and her students
sang beautiful chants for Kaliji. On the last day, they performed a beautifully choreographed TY dance.

Alexey, TY teacher from Moscow, composed a beautiful piece of music on guitar for Kaliji, which he played during yoga nidra.

At the end of the programs, Kaliji led everybody into a most joyful dance.

After the programs many shared how transformed, uplifted and inspired they felt after these 5 days. 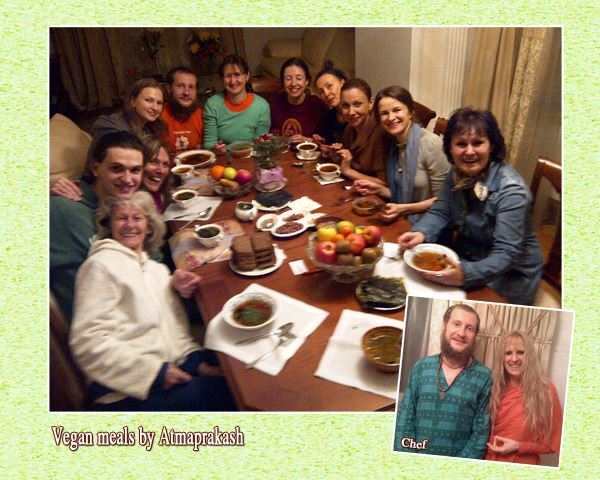 Each day, vegan meals were provided by chef Atmaprakash. 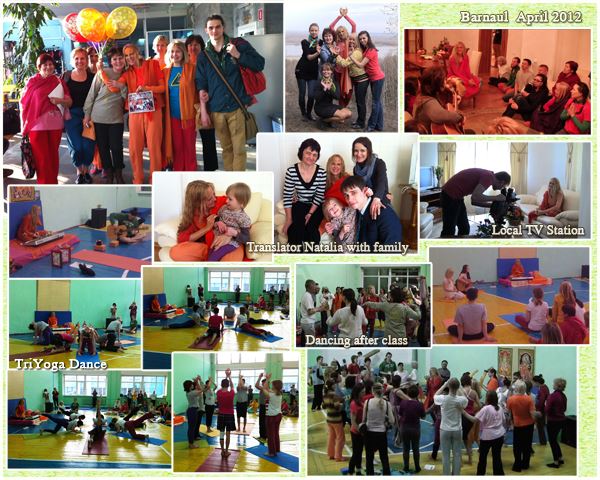 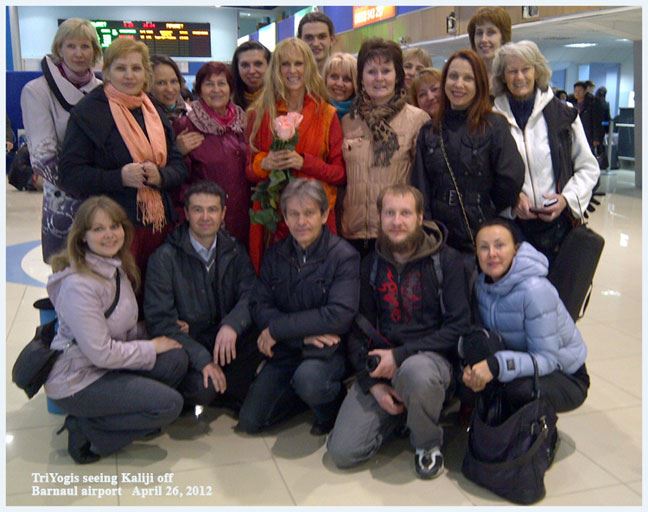 Kaliji left Siberia for Denmark on in the early morning of April 26. Despite the early hour, many came to the airport
to see her off. She promised she would be back again soon.