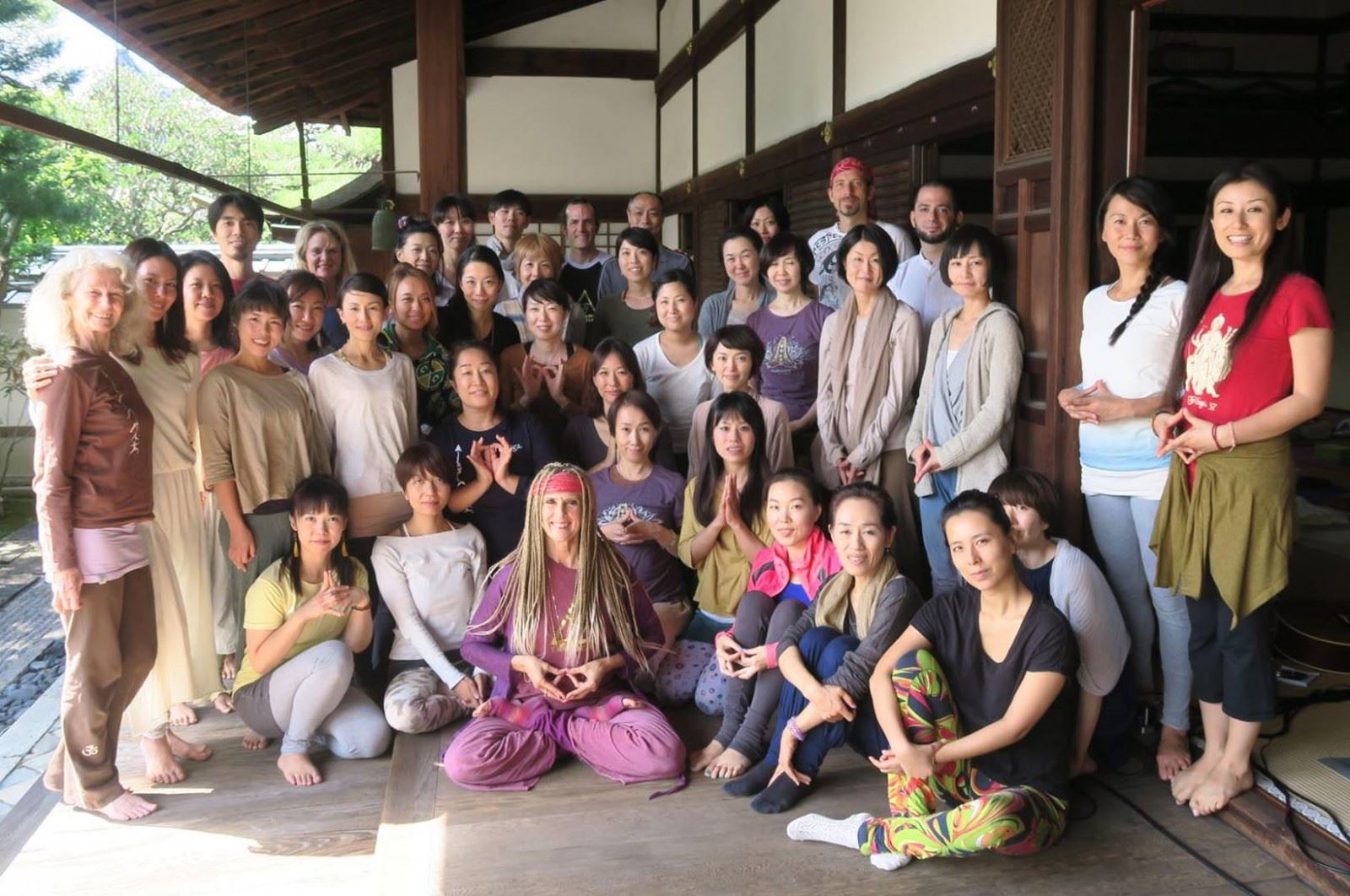 Yogini Kaliji returned to Kyoto, Japan, September 27–31, for a full schedule of programs organized by TAMISA Yoga Studio. Since Kaliji’s first visit in 2011, TriYoga has grown in Japan with ongoing teacher trainings hosted by TAMISA and over 30 certified teachers. TriYoga classes are taught at TAMISA’s two Kyoto locations and in other cities in Japan.

Kaliji’s visit was greatly anticipated by Japanese teachers and students who filled all the programs. The Kyoto schedule was centered around a two-day retreat at the exquisite Myōshin-ji Temple, with three additional days of programs at TAMISA’s Sanjo Teramachi studio location. Each day featured two TriYoga sessions, Jnana Flow and Q&A with Kaliji, and Chant Club.

During the temple retreat, the TAMISA TriYoga team requested a Yogaflow demonstration by Kaliji. The video was shared on social media and had over 8.5k views in the first month!

Chant Club performed four times in Kyoto, making their Japan debut. Kaliji (vocals & harmonium) and Berni (guitar) were joined for the first time by guest drummer Dini. From the first song until the last, every person in the audience danced throughout each Chant Club set. Dini was a perfect fit with Chant Club. He has played music for many years with Berni, and as a trio with Kaliji their chemistry was effortless and electric from the start. 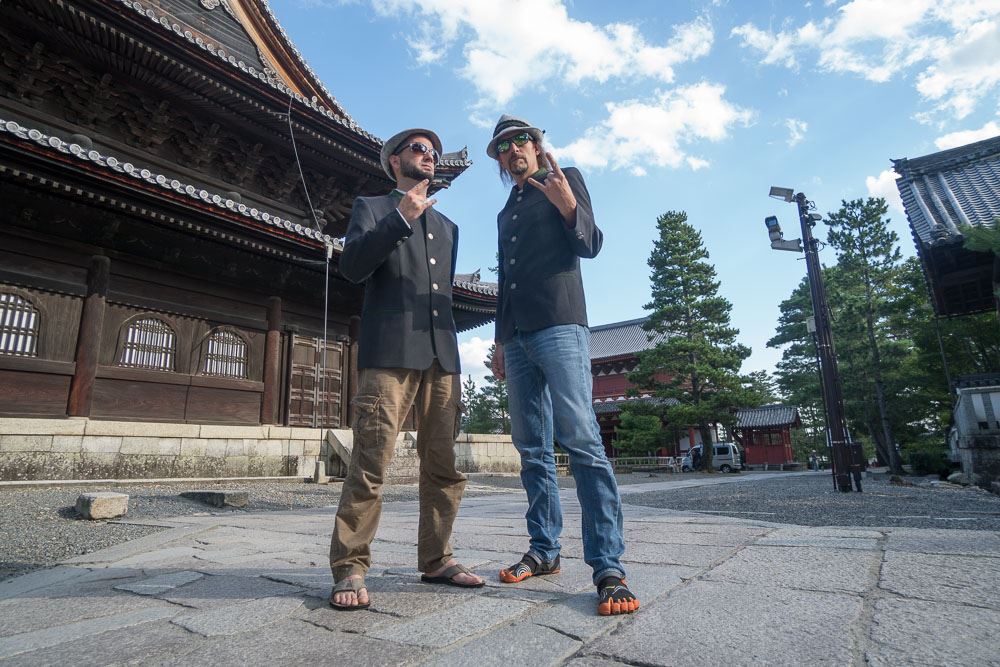 Berni and Dini are lifelong friends from the same village in Austria. They play together frequently as a duo called Die Freunde des Japaners (Friends of the Japanese). Berni and Dini played a gig in Shanghai just before the Yoga Expo in Dalian, China. Following the performances with Chant Club, Berni and Dini played two shows in Osaka at The Blarney Stone. All audiences loved their playing and they have been invited back by both locations! 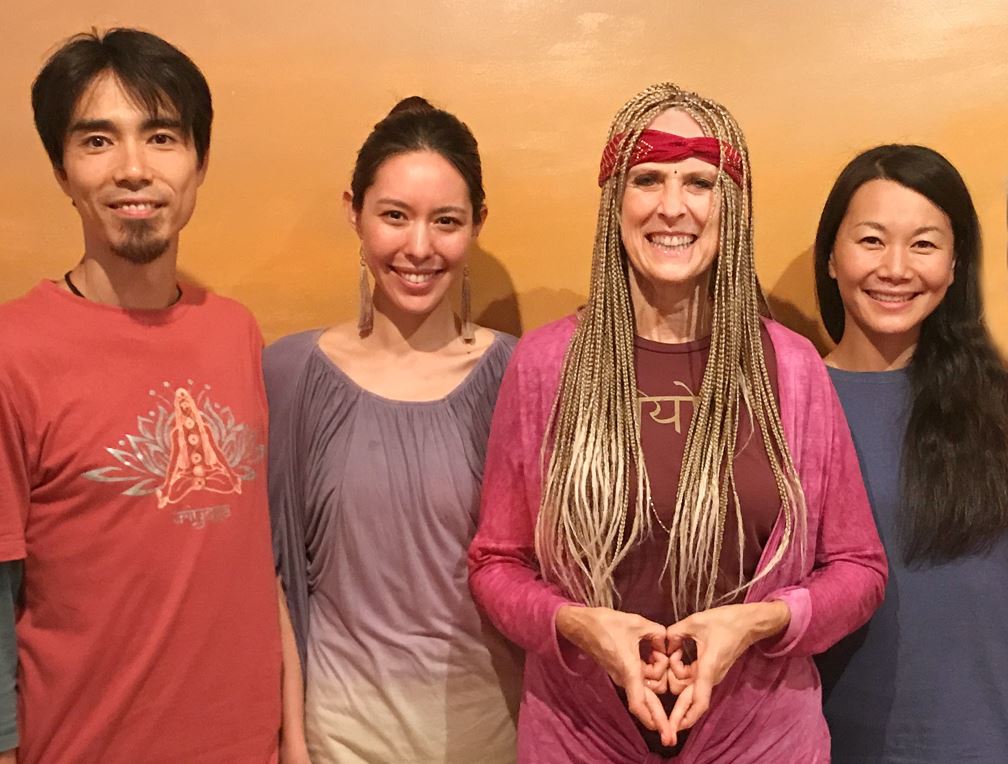 Kaliji with TAMISA owner Yoko (right), and translators Toshi and Maya. All three are TriYoga Level 1 teachers. Yoko and the TAMISA team organized the programs perfectly. 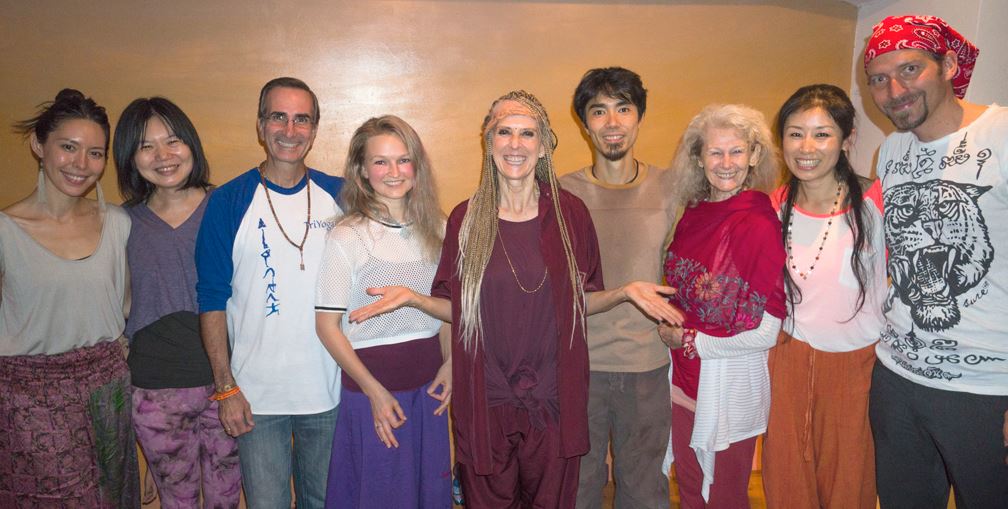 Starting with a group dinner on the evening of arrival in Kyoto, Kaliji’s visit felt like a family celebration of TriYoga. There is an easy, sweet, loving, and warm connection between Kaliji and the Japanese teachers and students. 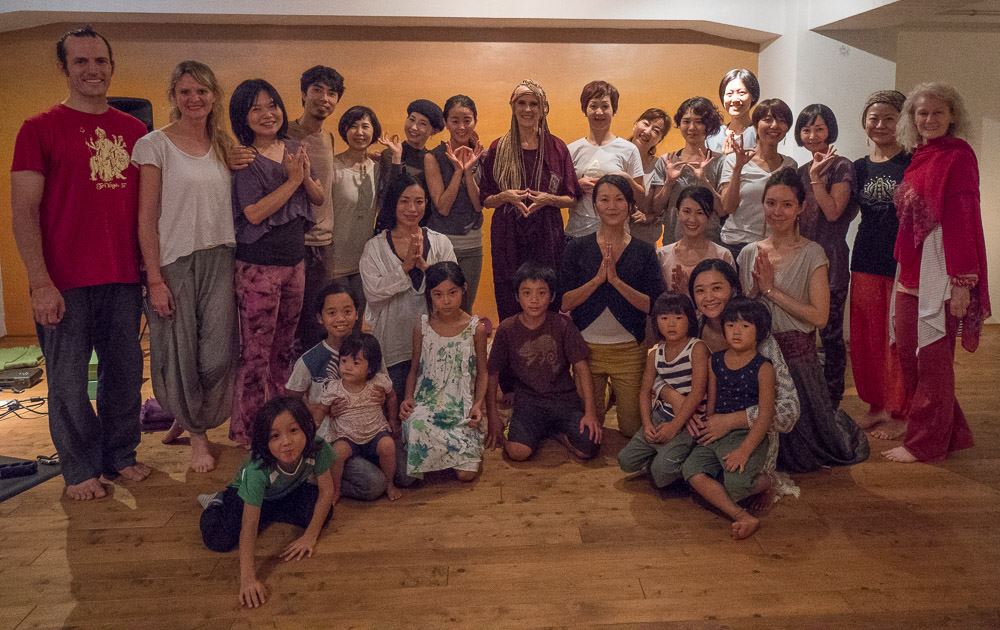 Myōshin-ji Temple was a special location for the TriYoga retreat. An aura of peace and calm pervades the temple complex, with the energy supported by the order and beauty of the zen gardens and elegant temple buildings.

The morning of the day of departure was spent with a delightful visit to the Nishijin Textile Center in Kyoto. It was an ideal place to shop for gifts, and included a kimono fashion show.

Kyoto is an amazing place for vegans! There are endless options for vegan dining throughout the city, and there is a local guide map to all of the vegan and vegetarian restaurants.

Yoko is a committed vegan and has ensured that TAMISA is a great supporter of vegan diet. Both locations in Kyoto have vegan eateries attached to them: the Cosy Cafe at Sanjo Teramachi and Veg Out alongside the river at Nanajyo Kamogawa.

The elegance of Japanese artistic preparation and presentation, combined with amazing and unique flavors and textures, made the meals arranged by Yoko and the team during Kaliji’s visit delicious and memorable.