Yogini Kaliji and over 40 participants from seven countries joined together July 31–August 6 for a week of TriYoga at  Tageshaus Linden in Dietramszell, Bavaria, Germany.

Chant Club performed every evening at the retreat. Kaliji was accompanied by guest musician Vidwan Ramanujan on mridangam, morsing and kanjira. Ramanujan regularly plays in the “Celestial Troupe” of Sri Ganapathy Sachchidananda Swamiji, and his only previous trip to Europe was in 1998 to play at Sri Swamiji’s Healing & Meditation Concert in Zurich with Dr L Subramaniam. His musical talent, energy, and passion were a great addition to Chant Club!

The combination of Kaliji’s voice and Ramanujan’s rhythm inspired lively dance parties each night.  Kaliji said it was the perfect conclusion of the day’s practice: beginning the morning with the Earth series on the back and ending at night dancing with arms in the air, reflecting energy flow from base to crown.

There was time each day to enjoy nature darshana and TriYoga community.

A group from nearby TriYoga Center Bad Tölz attended the retreat. Recently certified Basics Teacher Sophie-Christine (age 11) was delighted to participate and to practice levels 1 through 4! TYC co-director Kathrin was joined by her family on the last day: her mother (who brought homemade vegan cookies for Kaliji and the tour team) and her daughter. 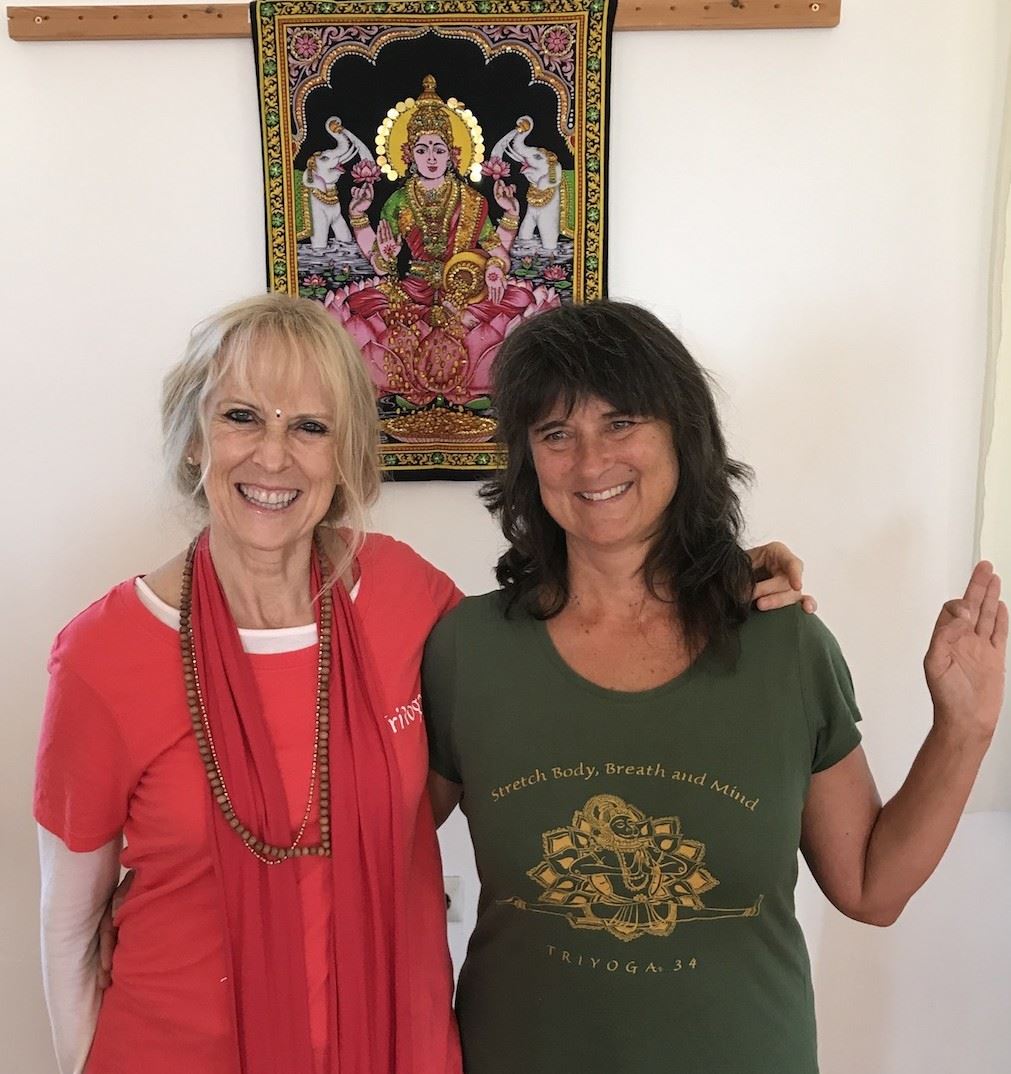 The retreat was organized by Johanna, director of TYC Allershausen and a TY Teacher Trainer.  This year is Johanna’s 12th as a TriYoga teacher.

Meals at the retreat were completely plant-based (vegan), fresh, and delicious. Chef Saraangi said she often sang chants that she heard Chant Club perform while she was preparing the meals.

German interpretation was provided throughout the retreat by Eva-Maria, and alignment assistance and demonstration by Rishi, Santoshi, Kiki (China), Ishtar (Switzerland) and Uliana (Russia). Mitra Deva helped behind the scenes in many ways.

After the retreat ended, Ramanujan enjoyed the company of Eva-Maria, Ekaterina (Austria), Kiki, and Xin Mei (China) during the train journey to Bad Meinberg. The group had a wonderful time together!

Organizer Johanna requested that a chant be recorded for Mercury Max. His recently recorded “Om Namah Shivaya” is heard here.