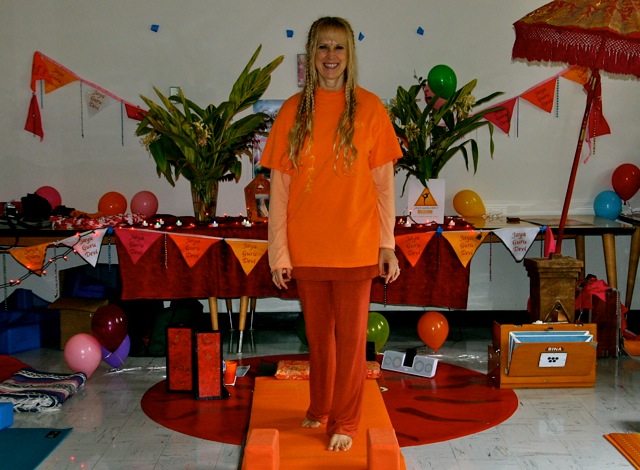 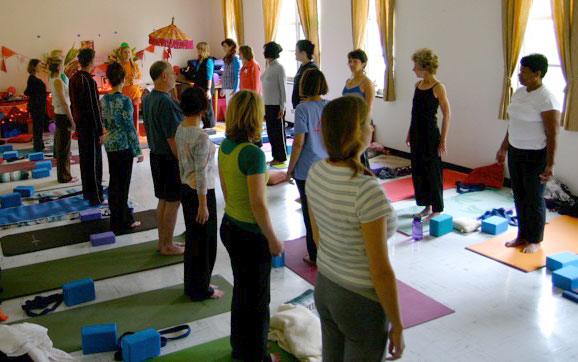 Twenty-seven attended the TY retreat in New Orleans. After just one session, many of the students were commenting on how much calmer and peaceful they felt. Kaliji gave a beautiful talk on the influence of the Gunas in how we feel, and the importance of recognizing the extremes of tamas and rajas so that we may maintain a more peaceful and satvic state of mind. Tears were flowing from many of the students as Kaliji spoke… As always, Kaliji speaks to the hearts of all and touches us in indescribable ways. 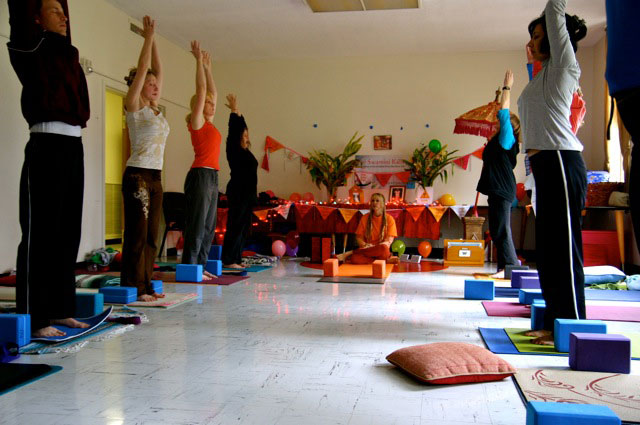 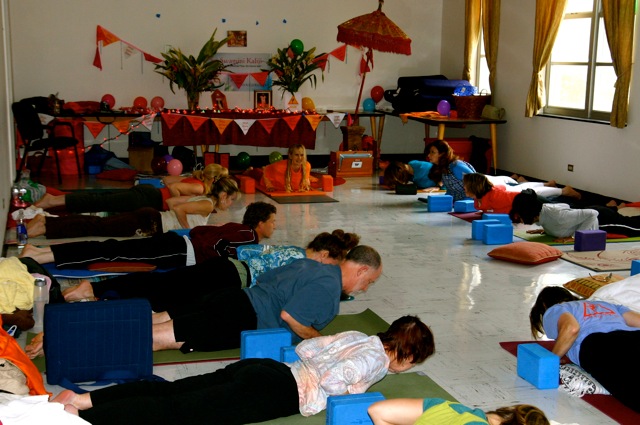 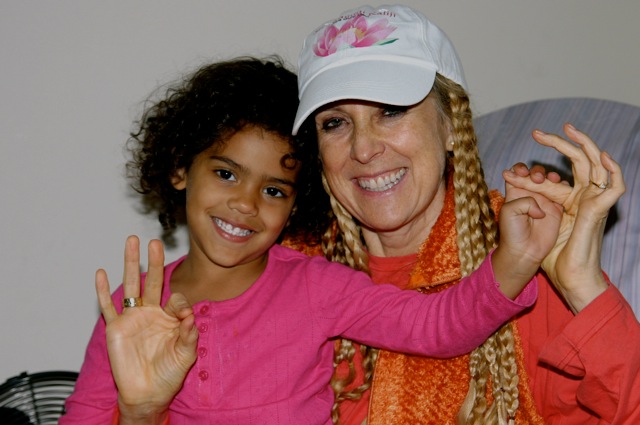 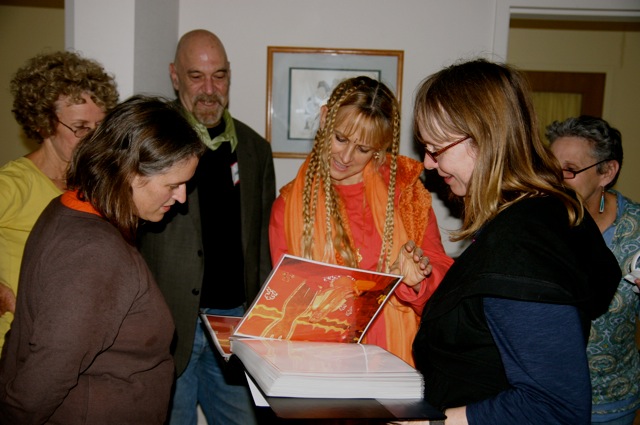 Ganapati gifted Kaliji with a beautiful album of her photos, that he had taken over the last 3 years. The photos were truly beautiful and magical. Ganapati commented how putting this album together made the devotion in his heart grow, as well as providing help during a time of physical illness. 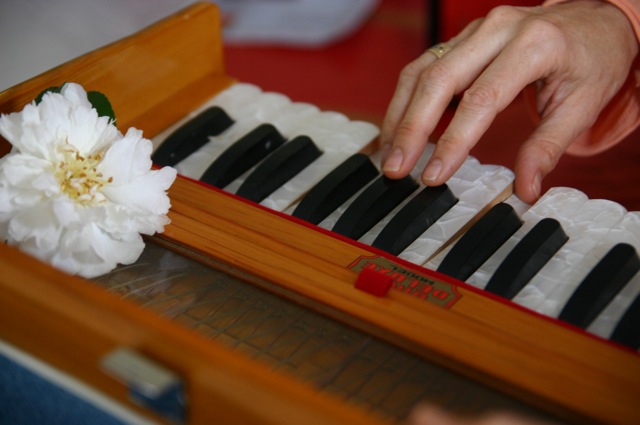 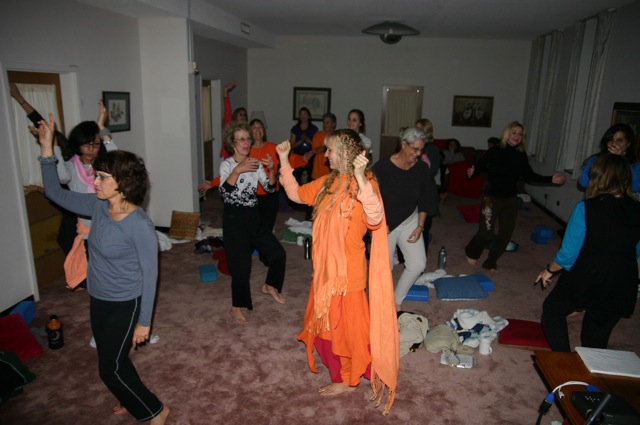 The joyful spontaneous dance party at the end of Chant Club was a fitting finale to a great day that included TY flows, Prana Vidya, jnana, and chanting.

Lalita’s love for Kaliji and TY have been an inspiration to many in New Orleans. Lalita was one of the main organizers of the wonderful retreat. 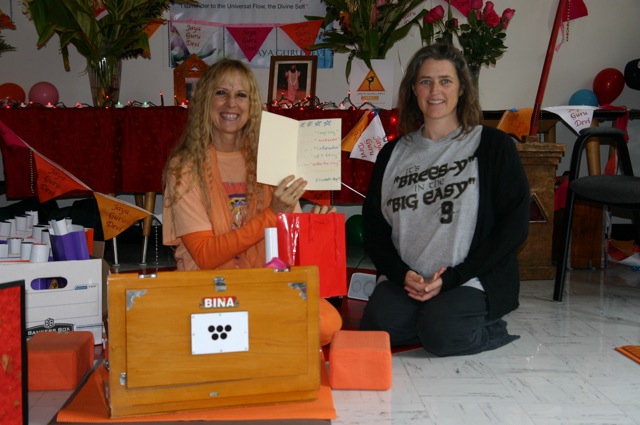 Kaliji and Janaki from New Orleans ~ Janaki was the other main organizer of the retreat. Hard work and dedication paid off with a retreat that was loved by everyone who attended. 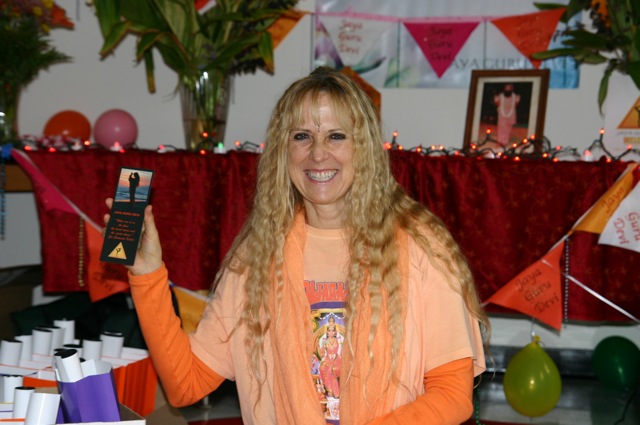 New Orleans TriYogis presented Kaliji with a boxful of presents for all who attended. The box included a calendar with Kaliji’s pictures, this bookmark, and other gifts. 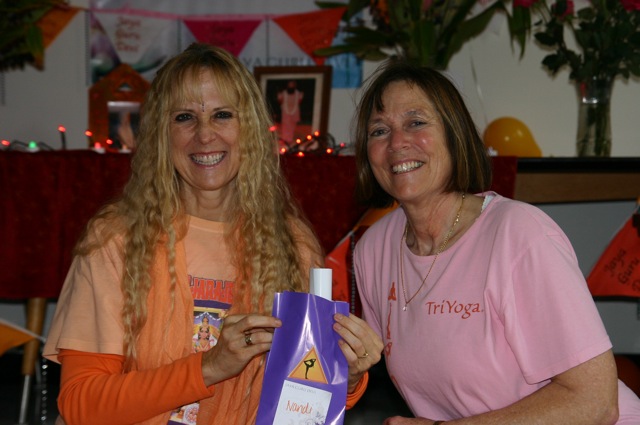 Our beloved Nandi celebrated her 61st birthday at the retreat. Nandi expressed her gratitude to Kaliji on this day for transforming her life in so many ways. Many at the program were grateful for Nandi’s skillful alignment assistance. 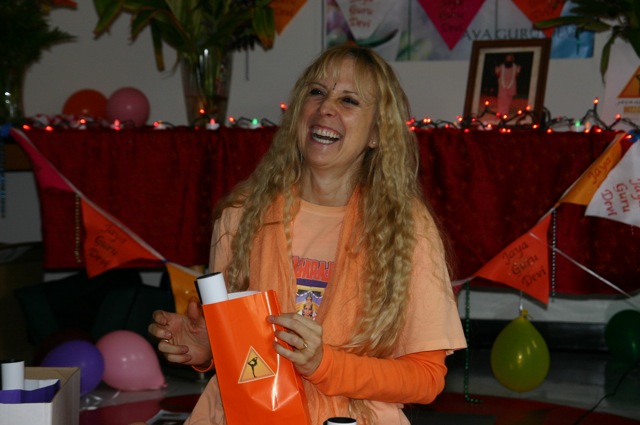 Kaliji’s joy spread to all who attended. There was not a serious face in the room! 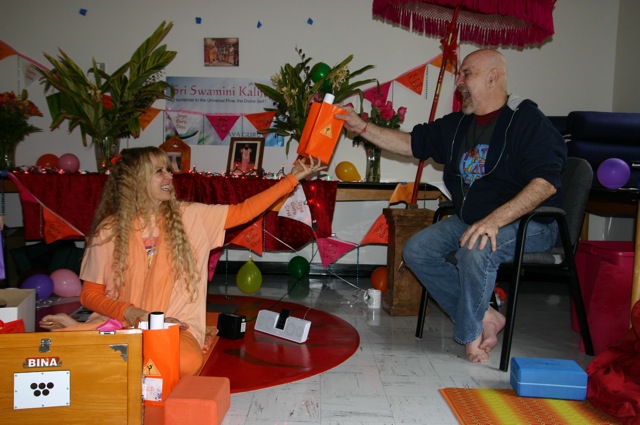 The third organizer of the retreat, Ganapati, is happy to get his gift from Kaliji. 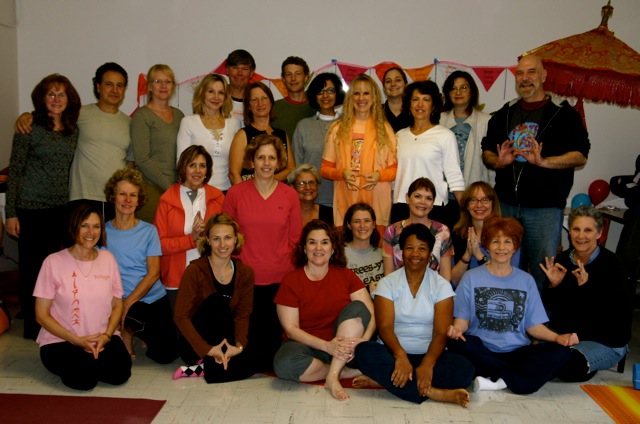 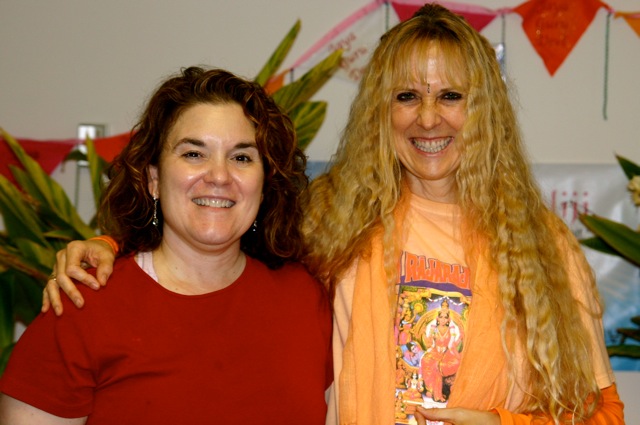 Sachi felt the time spent with Kaliji during the retreat was transformative. She told us how being with Kaliji has inspired her to be a better mother, wife, and caretaker. 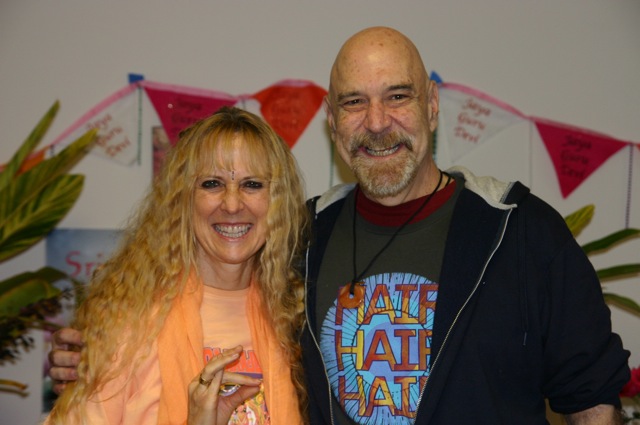 Ganapati smiled the entire weekend! A joyful personality and deep love for Kaliji are
the trademarks of this artistic TY brother. 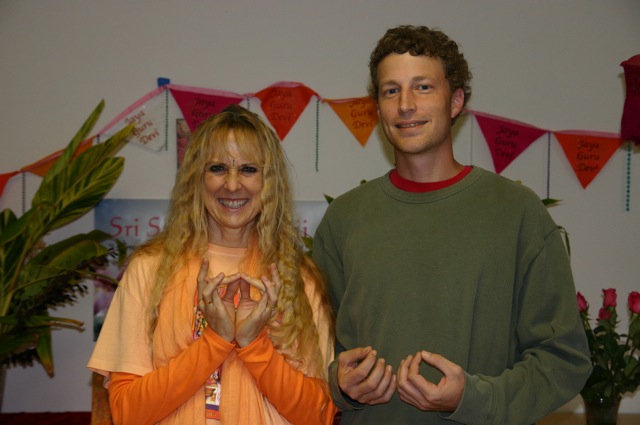 Tom from New Orleans was grateful for Kaliji’s “positive and inspiring presence”, and appreciated the sense of community at the retreat and enjoyed connecting with other local TriYogis. Tom told us the highlight of the retreat for him was on Saturday night, when he had the chance to play the drums during Chant Club with Kaliji and Mercury Max. 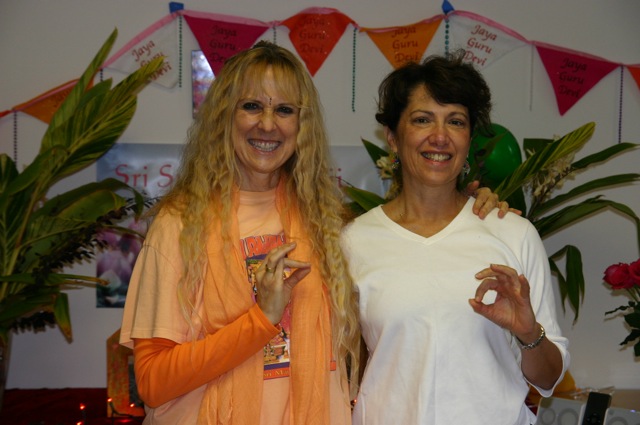 Rachel from New Orleans shared with us she had tried many yoga styles before coming “home” to TY. She found the workshop uplifting and inspiring. 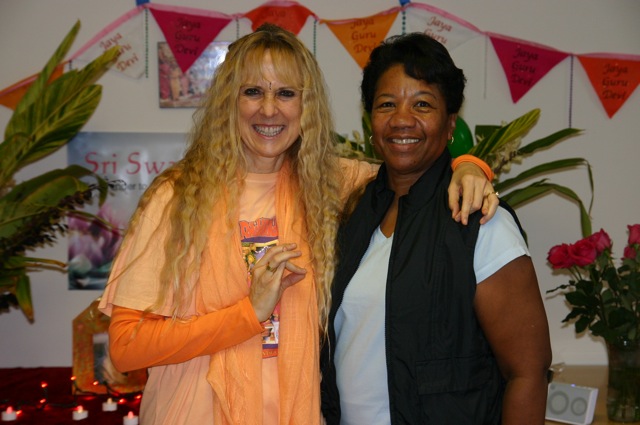 This was Barbara’s first retreat, and she was “pleasantly surprised.” She appreciated the opportunity to deepen her practice, and to get rejuvenated. This time to see Kaliji was the first time, since the summer of 1986, that she had taken time for herself, from being a caregiver. 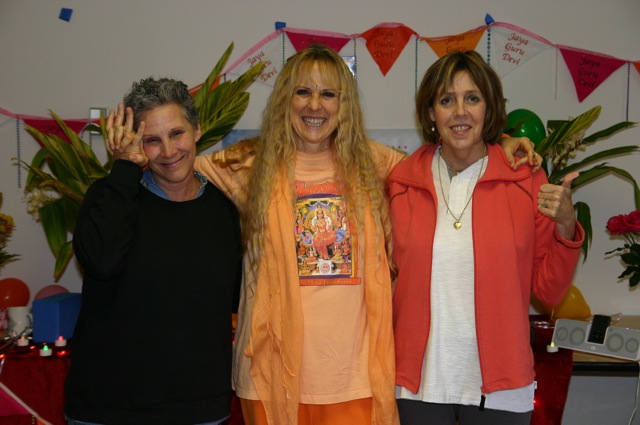 Karuna and Vasanti said they loooved being with Kaliji during the retreat! They were so happy Kaliji “threw them a dance party” at the end of Chant Club Saturday night.