TriYoga in Taiwan with Santoshi

Santoshi was in Taiwan for a trinity of programs: Level 2 at TYC Taoyuan, the OKIDO Autumn Seminar, and the certification for the first Basics TYTT organized in cooperation with OKIDO Yoga.

This was the second (of three) meetings for the Level 2 group, which includes teachers from all over Taiwan.  Many of them have been studying and teaching TriYoga for more than 10 years, and have formed deep friendships with each other.

The teacher training times also always include a sightseeing day– this time the group went to Taiwan Central University for a walk, photos, and some fun on the track~ TriYoga “runners”!

The training coincided with Teacher’s Day: in Taiwan,  Confucius’ birthday is a day to celebrate all teachers, so the group made this video greeting for Kaliji.

The last day also included some special guests: Santoshi’s parents Neil & Pat came to Taiwan for a visit and joined the class.  Pat has been studying TriYoga in Norfolk, VA  for many years, and Neil has recently begun TriYoga Prana Vidya practice.

Santoshi was the main presenter at the OKIDO Autumn Yoga Seminar ~ sharing TriYoga flows, Prana Vidya, Chanting, and Partner Stretch.  About half of the 80+ participants had practiced TriYoga before, many with Yogini Kaliji at previous OKIDO events. The group included several OKIDO  teachers and students from Japan who look forward to their next chance to practice TriYoga. 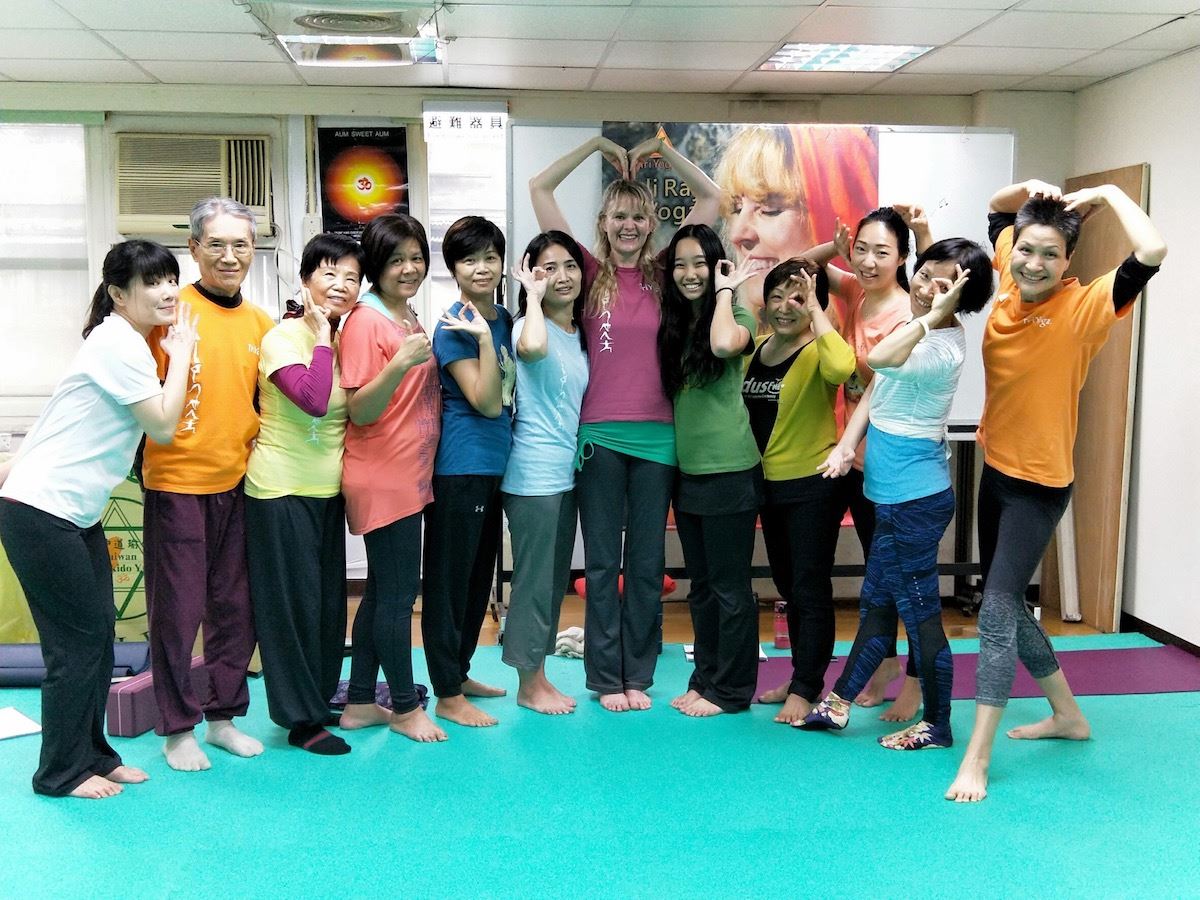 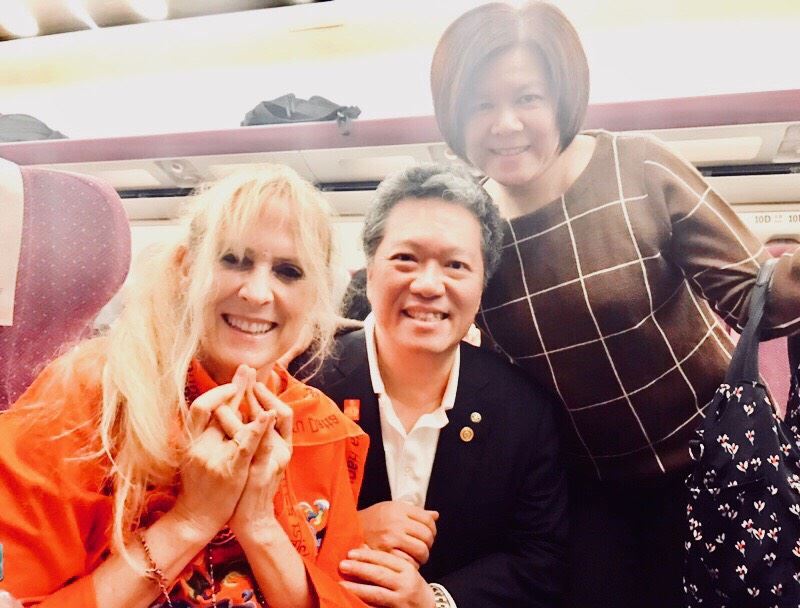 Chuan Chuan (right) and her husband met Kaliji on the train in January, when Kaliji was traveling with Sri Swamiji to the Bonsai Garden. Chuan Chuan was drawn to Kaliji’s light and presence, and her husband encouraged her to take the Teacher Training. Chuan Chuan had never done yoga before and was delighted by the practice, and is enthusiastic to start sharing it with her friends and family.

Another special guest was “Bai Laoshi”: Mrs Bai is the senior-most member of OKIDO Taiwan and a great fan of TriYoga. She and her friend, TY teacher Cai Mei, joined every TriYoga session at the OKIDO seminar, and came for one day of the teacher training.

The highlight of the training was a Skype meeting with Yogini Kaliji ~ many of the students had met Kaliji before and were amazed that each time they see her she looks younger and more vibrant.  They were also amazed to note that, even though the meeting was online, they could feel Kaliji’s energy and love as though she were in the room with them.  After a mesmerizing mudra flow, the interns were given the great news by Yogini Kaliji that all were ready for certification.

TriYoga Taiwan is now getting ready for Kaliji’s visit in January:  TriYoga flows and Chant Club as party of the TY39 celebration  on 1/08 in Taipei! 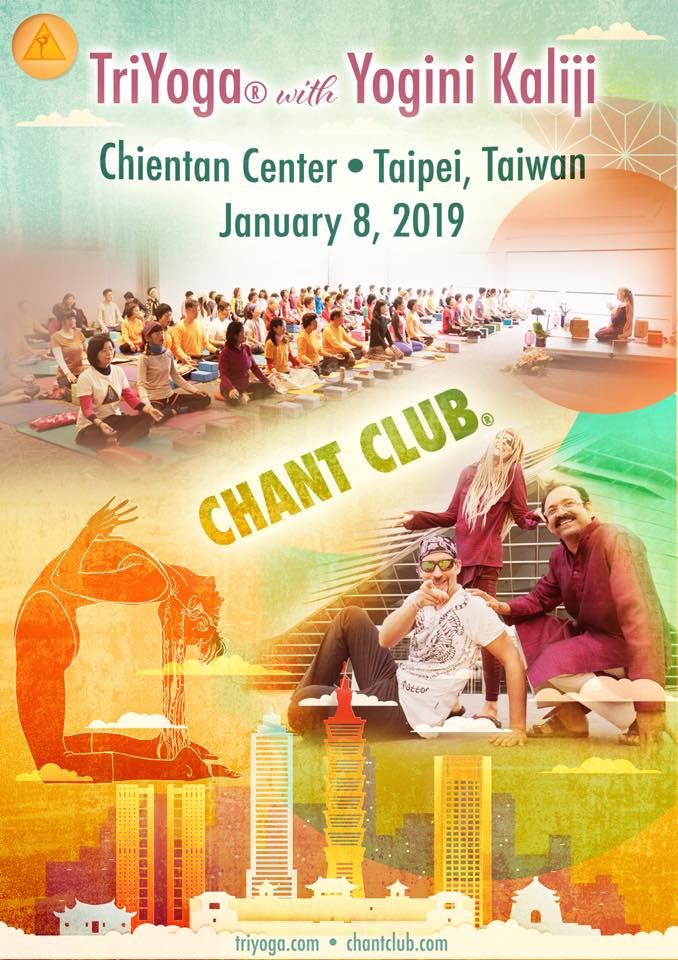