After leaving Kiev in early March, John and Stephanie traveled to the Siberia region of Russia for a two-month teaching trip hosted by Pavitra and his Atma Yoga Center in Barnaul. During their stay, they will teach 3 teacher trainings, including the first Level 1 Teacher Training in Russia, and a wide variety of classes and weekend workshops. As they did last year, John and Stef are enjoying the adventure and experience of Siberia and are thrilled to have so many programs filled with eager and enthusiastic students.

The Siberia trip began with a 10-day program in Barnaul, including a 50-hour Basics Teacher training and two, 12-hour weekend seminars. John and Stef then traveled to the Siberian city of Tomsk for a 12-hour upper-level program. Most recently, they taught a weekend program in Barnaul, consisting of Basics 108 workshops and a 6-hour introduction to Sanskrit.

For those that enjoy statistics, the completion of the Basics Teacher Training on March 23 completed a 38-day stretch in which John and Stephanie taught 205 hours of TriYoga training (averaging nearly 5.5 hours each day). 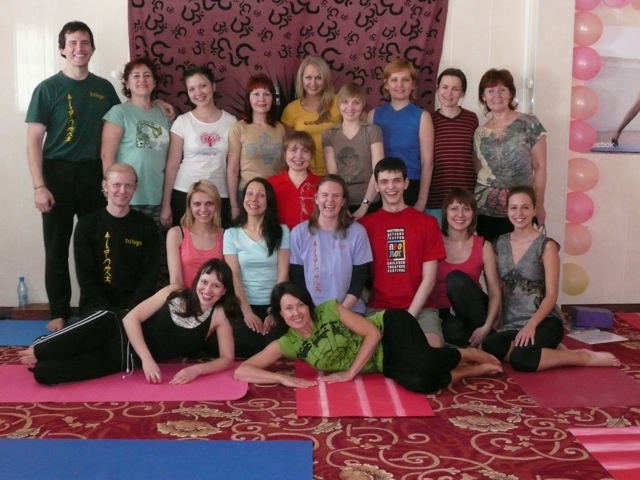 The Basics teacher training resulted in 13 new TriYoga teachers, and TriYoga will now be taught in three more cities in Siberia. Also attending the training were 5 TriYoga teachers from last year’s Basics training in Barnaul. TriYoga teachers Natalia and Sasha provided wonderful translation. John and Stef are very grateful for this, because even after 5 visits to Russia and working on the Russian translation of TriYoga flows, the Russian language remains a complete mystery!!! 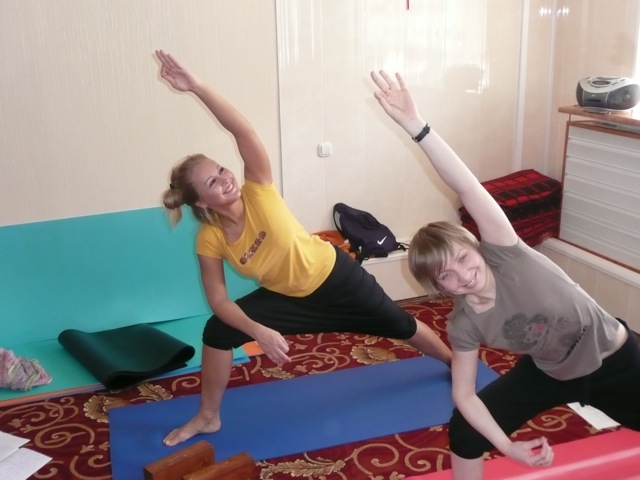 Scenes from the Basics training 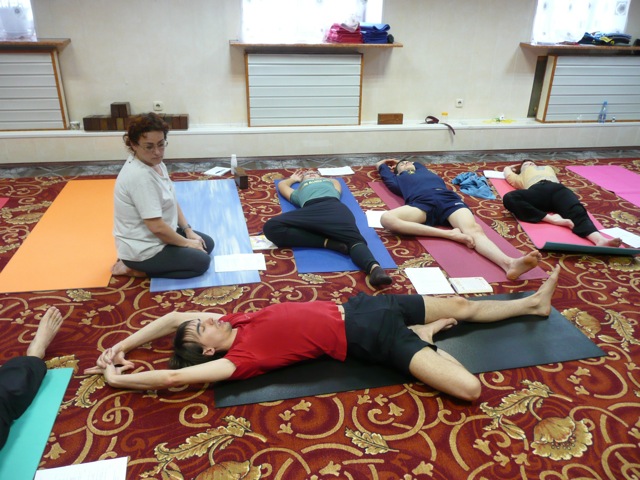 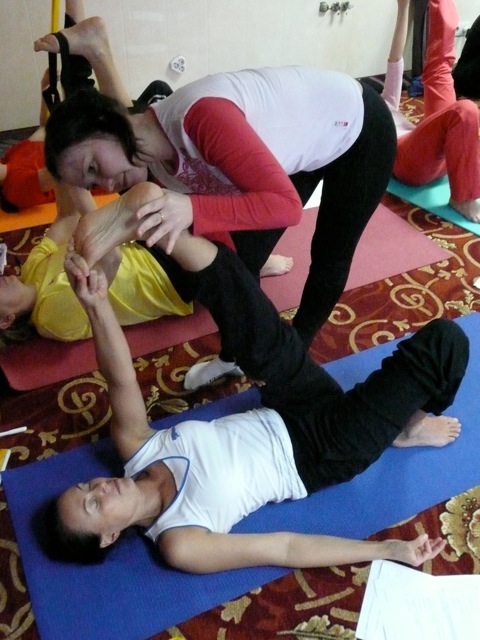 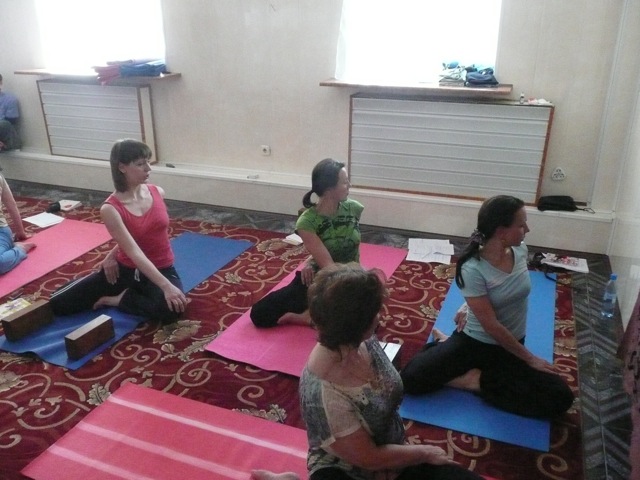 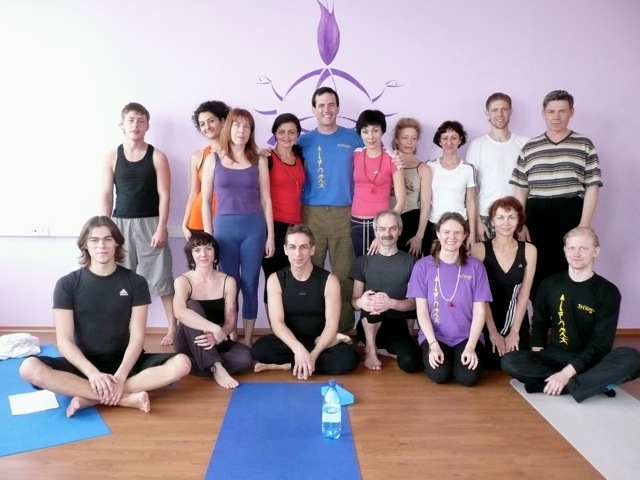 For the second year in a row, John and Stef taught a 12-hour weekend program at the yoga center of Anya and Slava Ovsyannikov in Tomsk. They were accompanied on this trip by host Pavitra and translator Sasha. 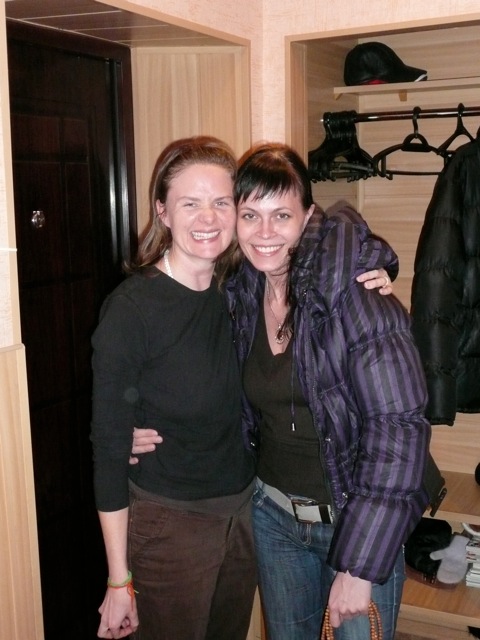 Transportation to and from Tomsk is always an adventure! Last year Anya drove 14 hours roundtrip–on both Friday and Monday–to bring John and Stephanie from Barnaul to Tomsk and back. This year, in true Siberian fashion, Anya insisted again on making the same trip to return the group to Barnaul. After a 7-hour drive, they arrived in Barnaul in the midst of a blizzard. Undaunted, Anya took a brief rest and returned home through the heavy wind and snow! 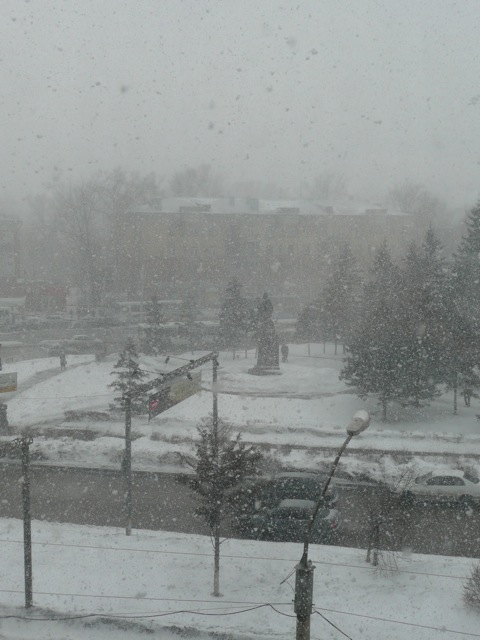 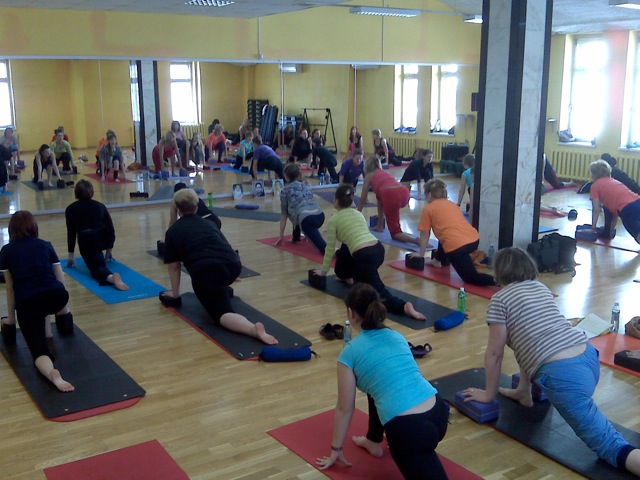 One of the very full weekend workshops in Barnaul. 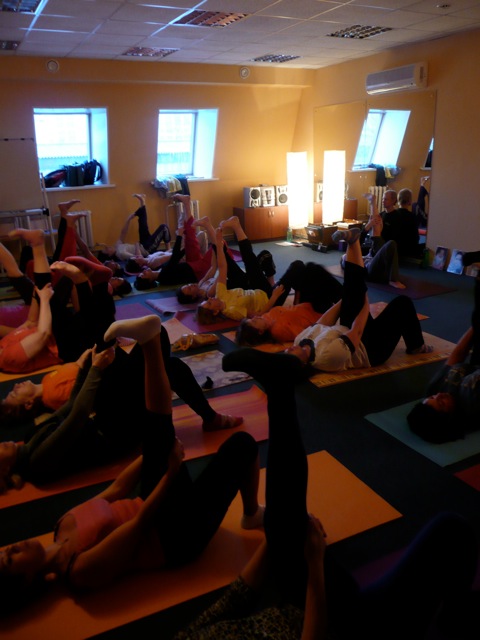 In between trainings, John and Stef teach at the Barnaul TriYoga Center, hosted by teacher Ananda. 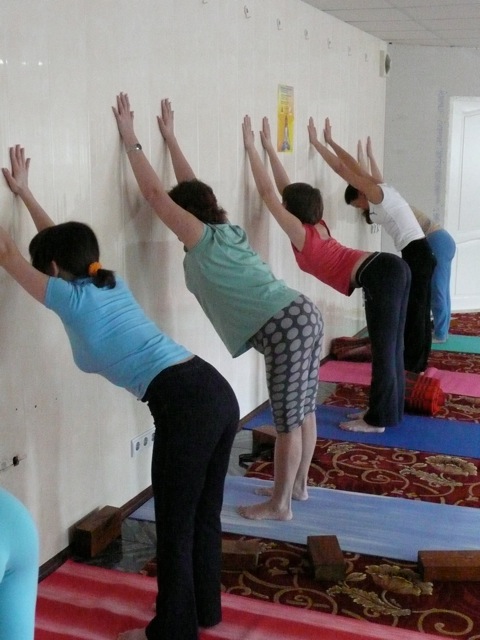 The Basics 108 workshops introduced the Basics wall sequences to Barnaul teachers and students. 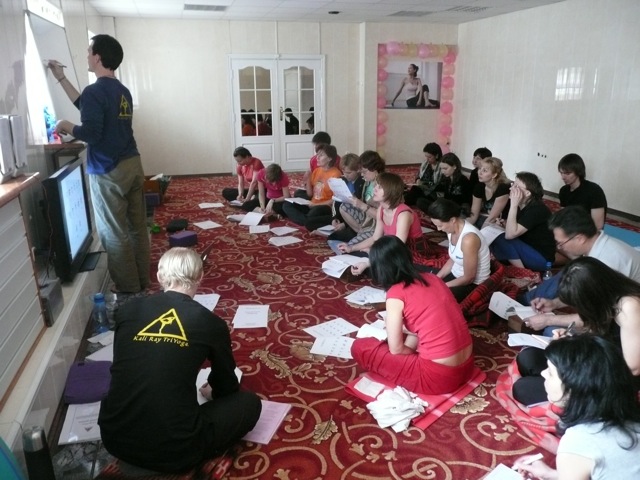 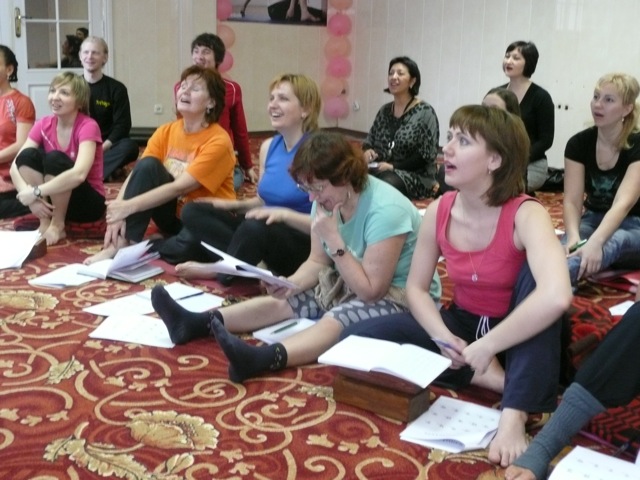 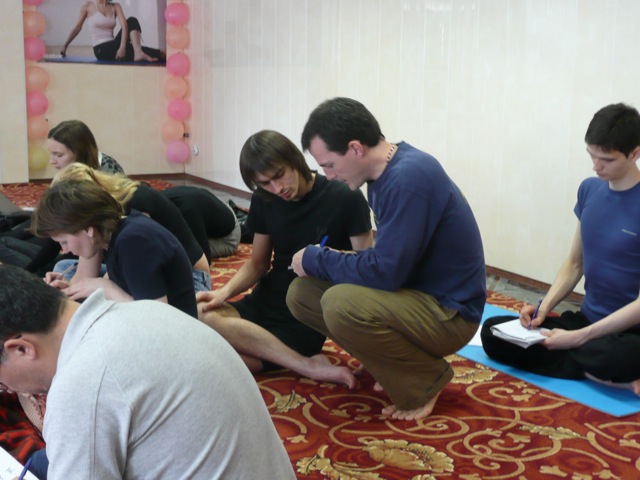 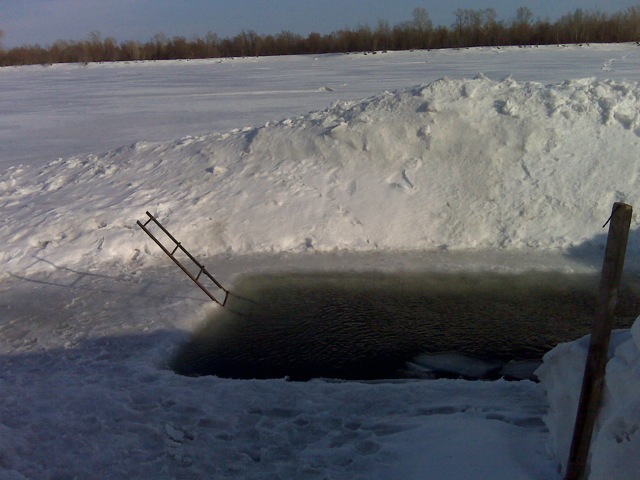 A Siberian swimming pool! This has been an unusually long winter, even for Siberia. Since John and Stef’s arrival, Barnual has received over two feet of new snow, and temperatures have rarely been above freezing. Even as recently as April 6 nighttime temperatures have dipped to 10 degrees Fahrenheit.