After a great teaching trip to Saratov, John and Stephanie traveled to the Russian city of Nevinnomyssk. Hosted by TriYoga teacher Shanti (Svetlana) Titova, from May 22 to June 9 they offered Basics and Level 1 teacher training as well as weekend workshops. 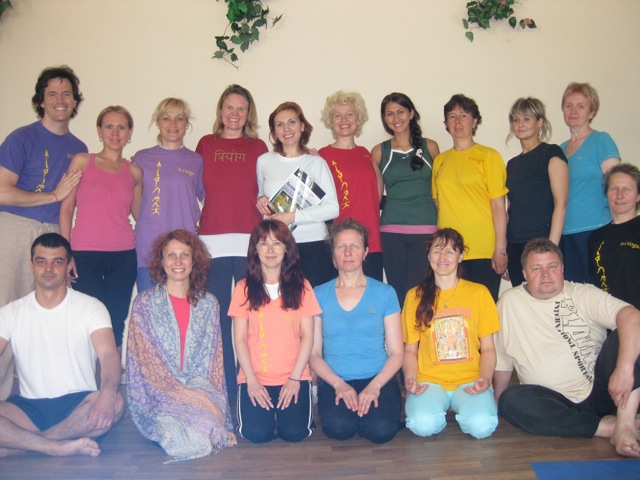 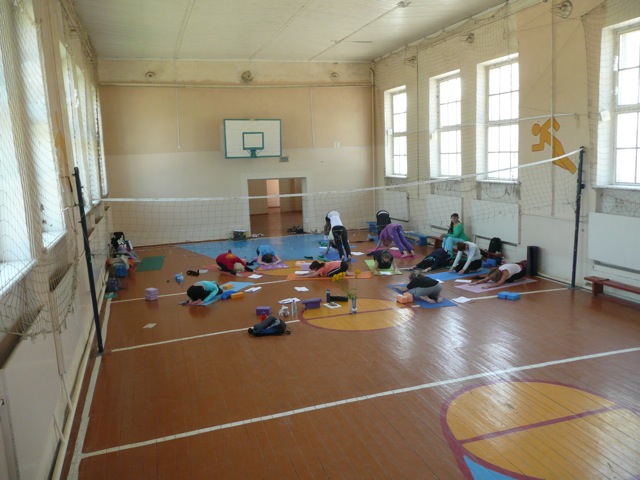 Trainings were held in a local school’s gymnasium. Many days students gathered outside to “see the Americans” and practice their English. 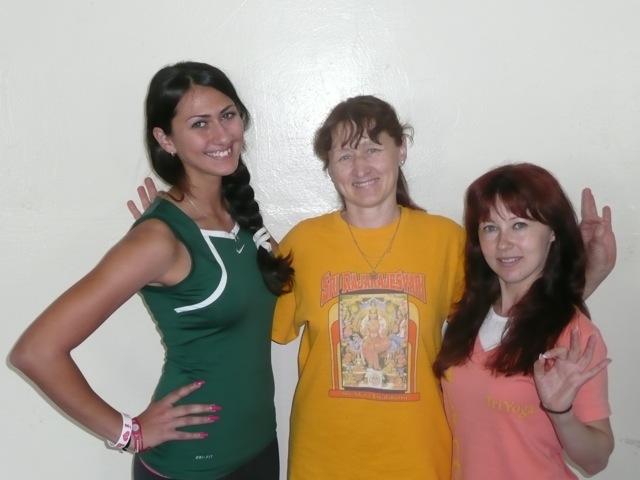 Shanti (center), Zhanna (right), and Dana (left). Shanti first met Kaliji in the mid-1990s and has been studying TriYoga ever since. Now a Level 2 TriYoga teacher, Shanti has also released a Russian language book containing quotes form Kaliji. Certified through Level 1, Zhanna met Kaliji in 1991 when she was 16 years old and has continued to study TriYoga. Zhanna provided fantastic translation for most of the teacher training and workshops. New TriYoga student Dana attends college in the United States and assisted with translation. Dana was home in Russia for the summer and learned about the Nevinnomyssk training through the internet. 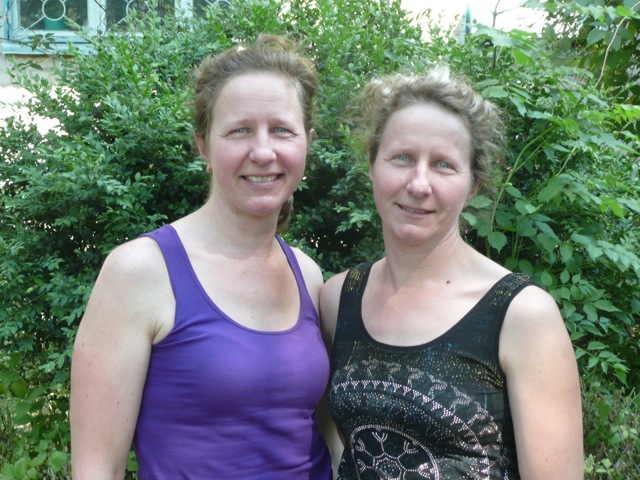 Identical twins and TriYoga teachers Natasha (left) and Olga (right) attended all of the programs and also drove the TriYoga “bus” daily! 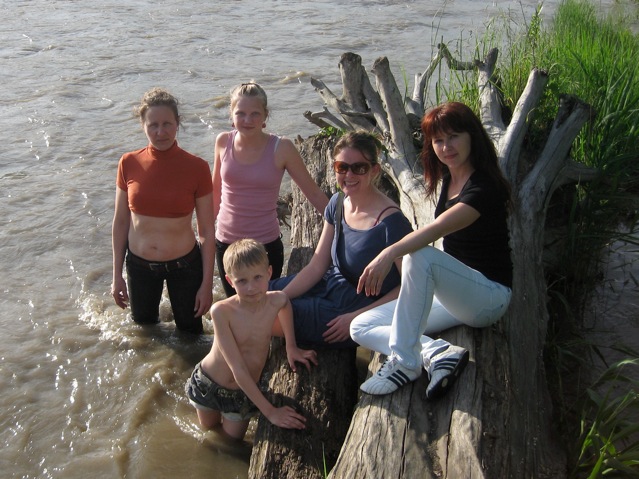 Nevinnomyssk is in the Stavropol region in southern Russia, near the Caucus mountains. The beautiful weather and nature provided many opportunities for outings.

Stef, Zhanna, and Basics teacher Natasha (with her children) on the Kuban river in Nevinnomyssk. 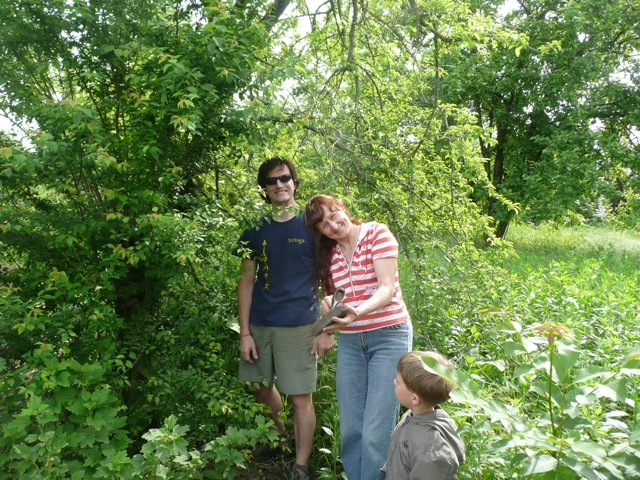 Shanti invited John and Stephanie to her dacha (a small garden home in the countryside) and promptly put them both to work! John used a hand ax to cut down the tree to his left, and Stef planted some beans. 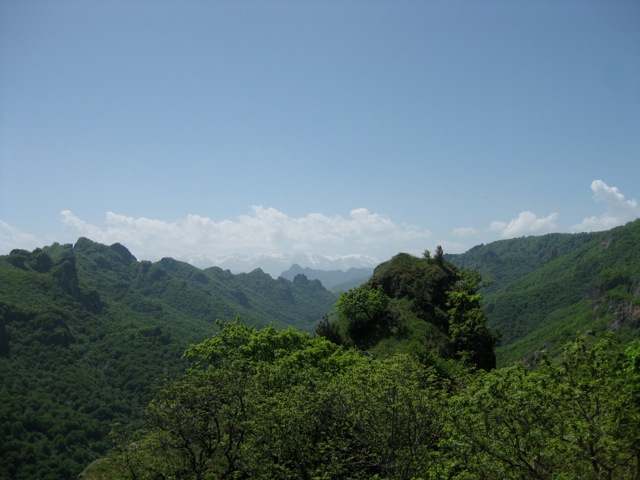 A trip into the Caucus region revealed snow-capped mountains in the distance. 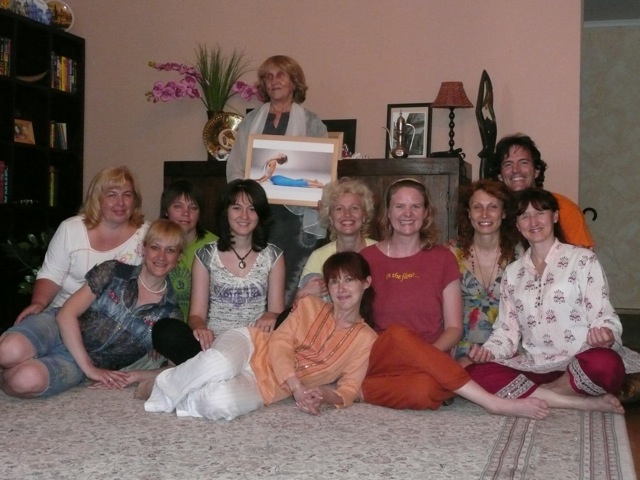 The Nevinnomyssk TriYoga group loves to gather for chanting. The group met three times during John and Stephanie’s visit.

Zhanna organized an evening of chanting and tea in her apartment. 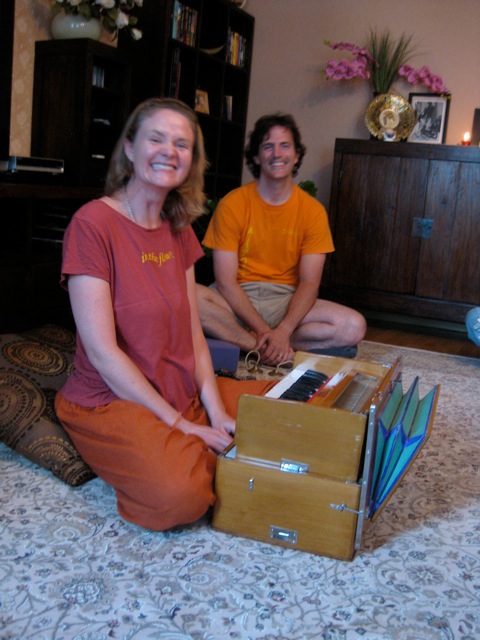 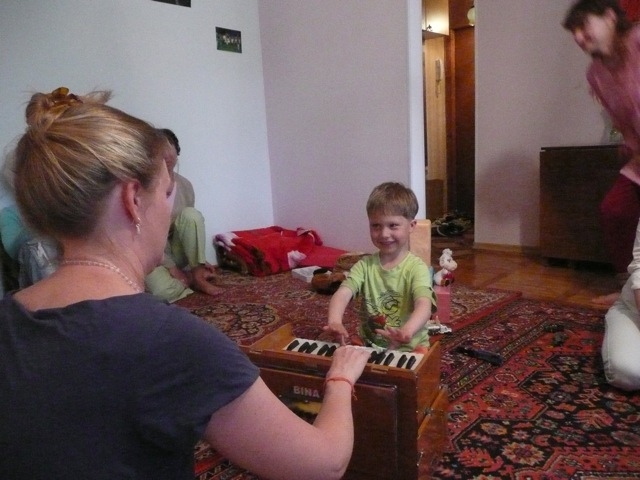 TriYoga teacher Ananda Balashova traveld to Nevinnomyssk from Moscow with her son Pasha. Pasha enjoyed the chanting, and led a chant himself! 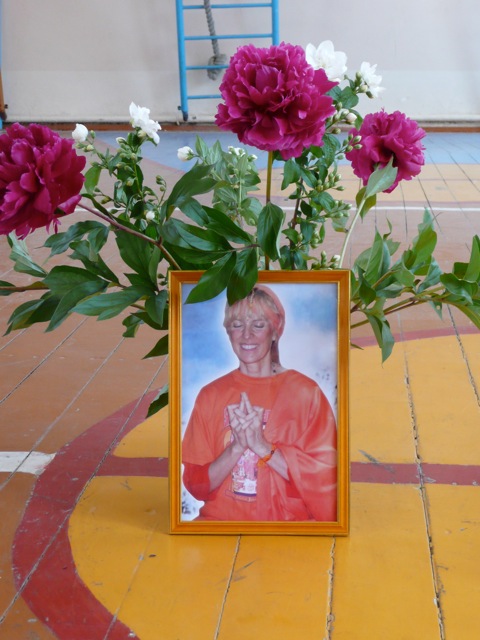 Nevinnomyssk in late spring was filled with flowers. Shanti and students brought beautiful, fresh flowers to class every day!