After assisting with Kaliji’s programs in Shenzhen, China, John and Stef traveled to Ballarat, Australia for two weeks of Level 1-2 teacher training, workshops, and classes. Local teachers Pene Foord, Cindy Bright and Marianne Goble collaborated to organize the visit. Congratulations to Cindy and Marianne for their Level 1 certifications, and to Pene and Dagmar Hirsch for their Level 2 certifications.

Pene hosted John and Stef in her home, and the programs marked the grand opening of Pene’s beautiful new yoga studio. Pene, who has taught yoga for many years, first met Kaliji in Singapore in 2001 and began to teach TriYoga to her students in Ballarat. Pene then traveled to the Malibu TriYoga ashrama in 2003 and 2004, culminating in her Basics certification. Pene has continued studying and teaching TriYoga ever since. 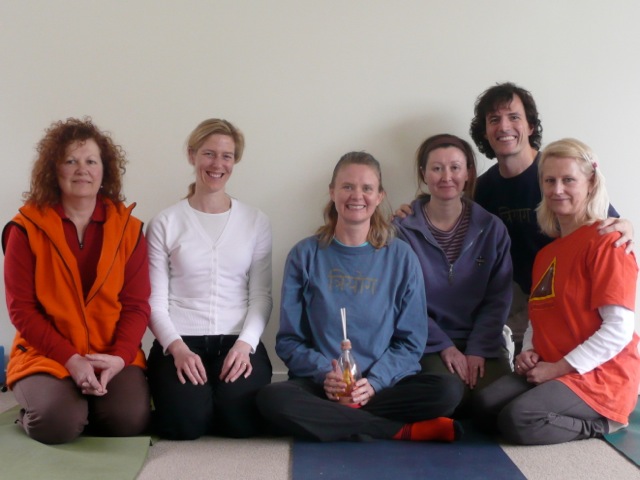 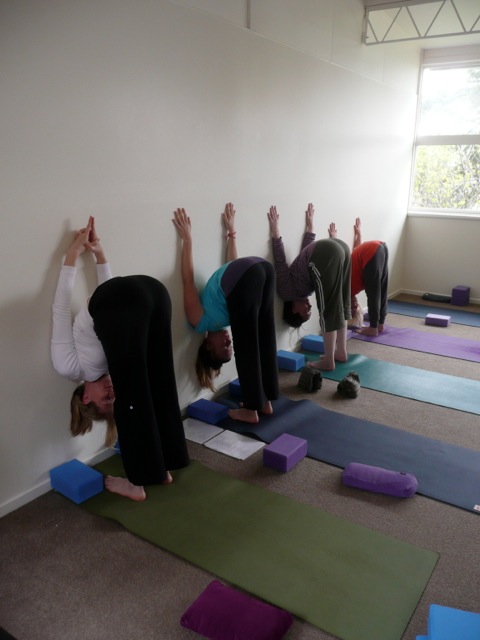 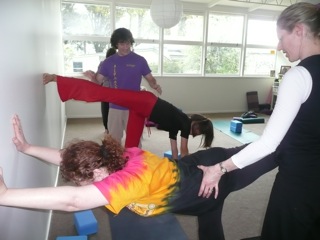 Week 2 continued with Level 2 teacher training. TriYoga teacher Dagmar Hirsch traveled from Queensland, Australia to join the second week. Dagmar completed her Basics and Level 1 teacher training in Germany, and is currently living and teaching with her family near Cairns. 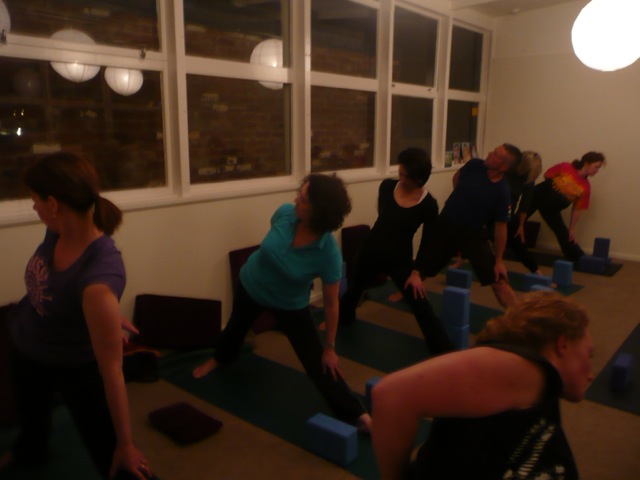 Most weeknights featured 2-hour classes with John and Stef, attended by many of Pene’s regular students and also by a few students new to TriYoga. 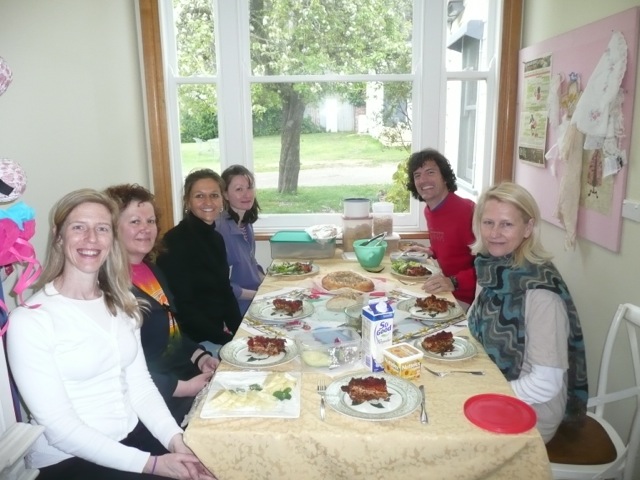 Most days were finished with a beautiful vegan lunch provided by Cindy and her husband Adrian. 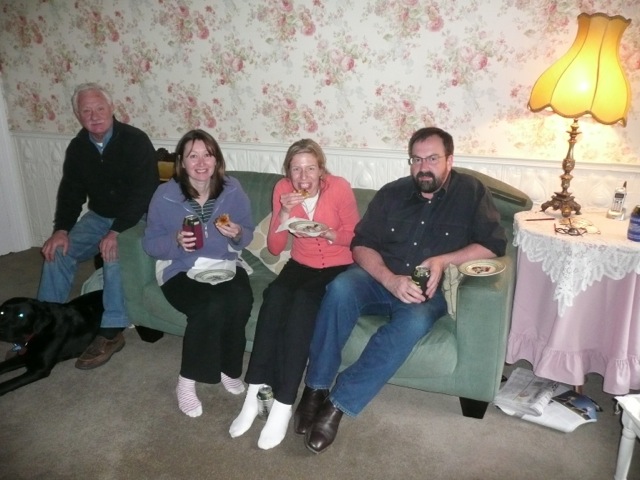 Host Pene and her partner Keith (seated far left) opened their home to students after the teacher training each day, and Adrian (seated far right) experimented with delicious vegan recipes. 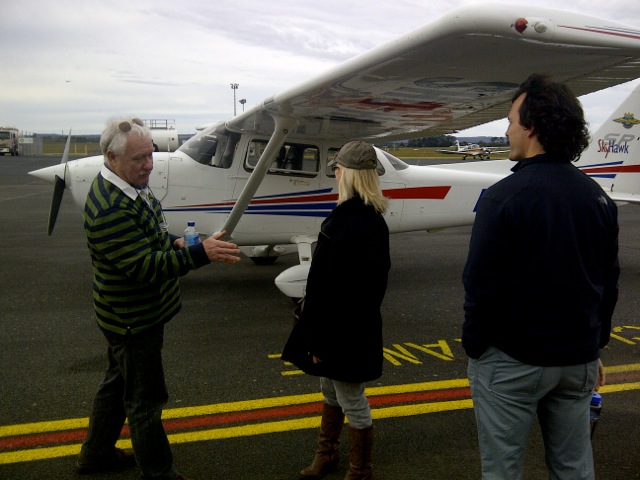 The busy schedule still allowed for great local sightseeing. Keith is an accomplished private pilot, and took John, Stef and Pene on a tour of the Southern Victoria coast. 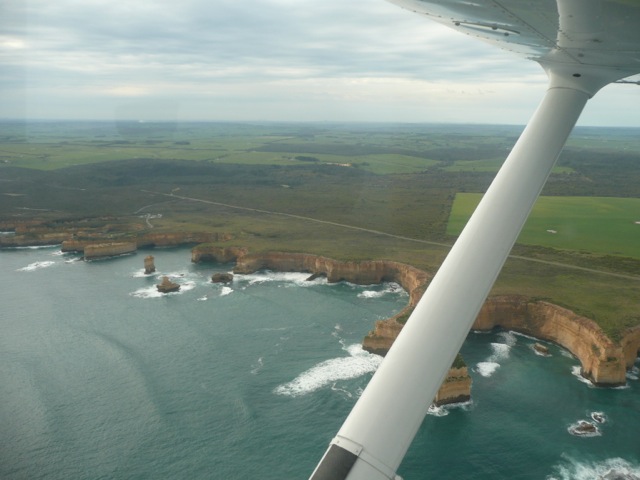 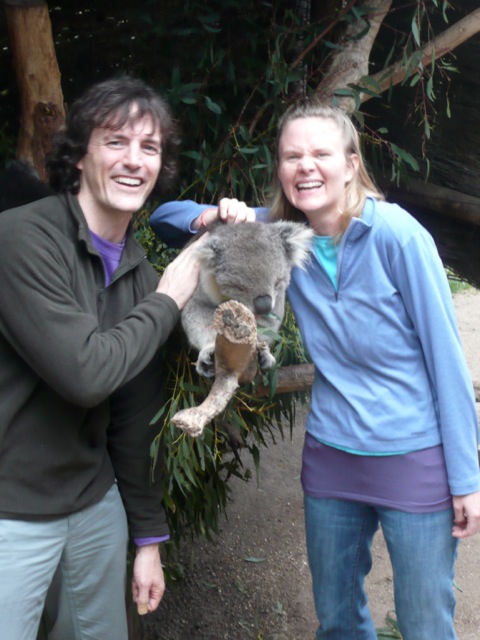 John and Stef also had a chance to visit a local wildlife preserve and encounter some of the local residents. This koala was named “Yogi”!