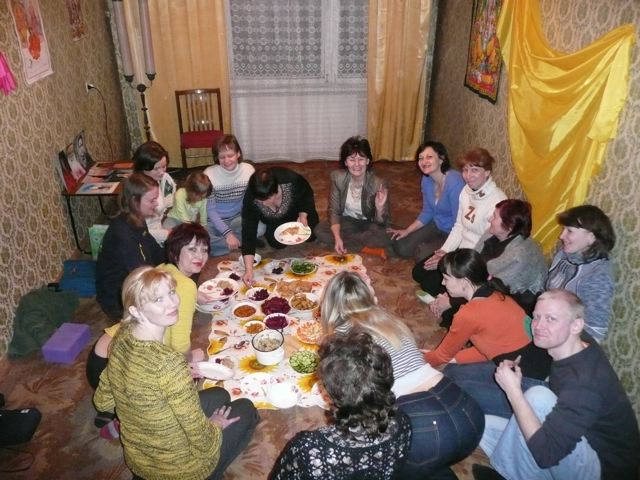 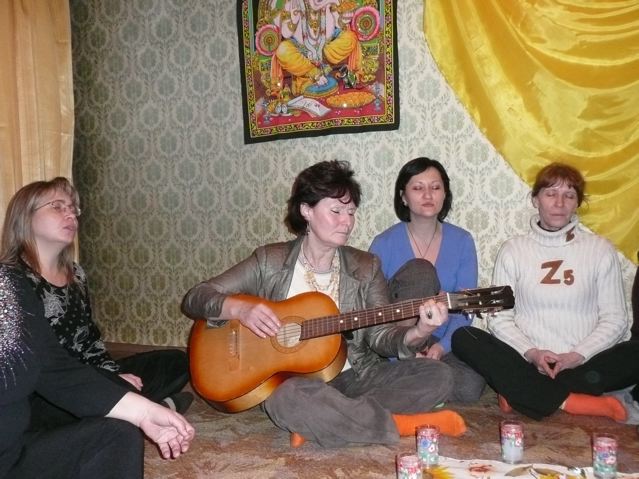 John and Stephanie were greeted with group meal prepared by the Barnaul TriYoga group. Host Ananda entertained all with bhajans.

Scenes from the workshops and teacher training sessions ~ 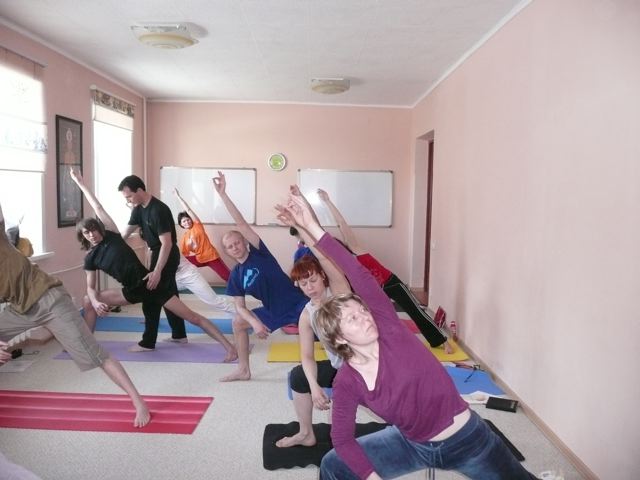 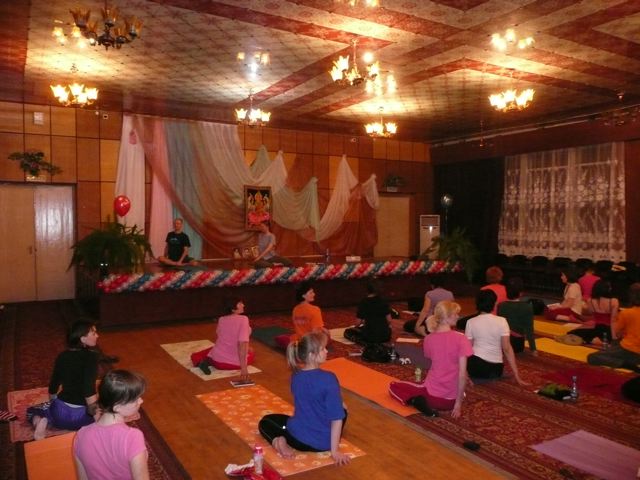 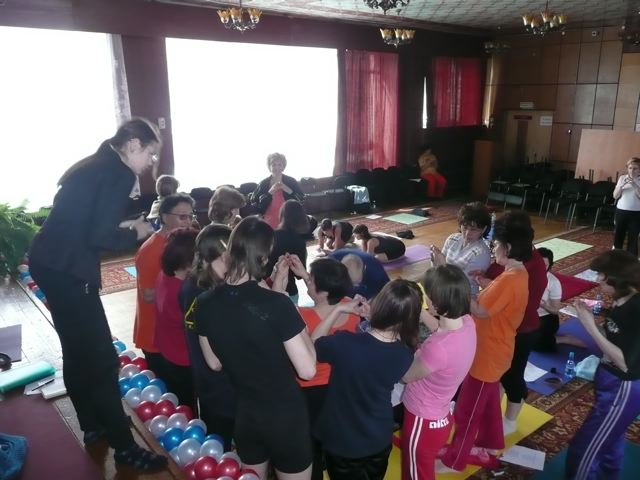 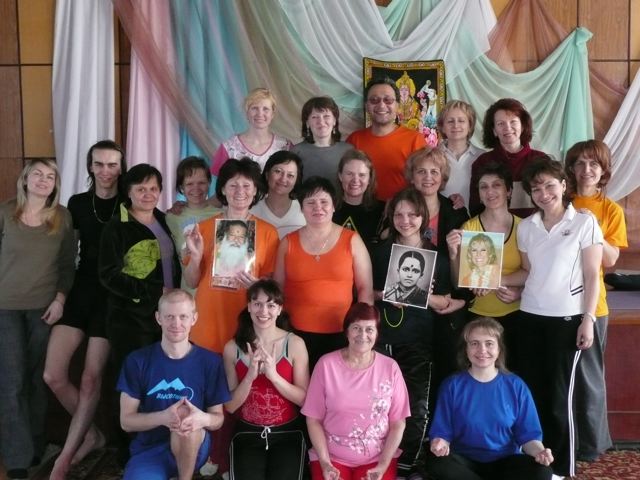 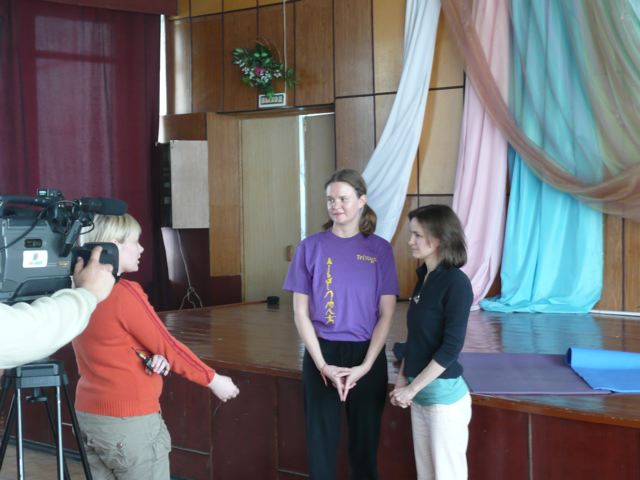 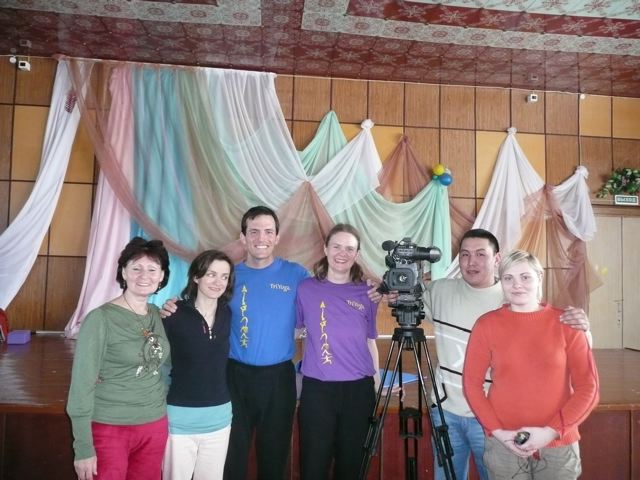 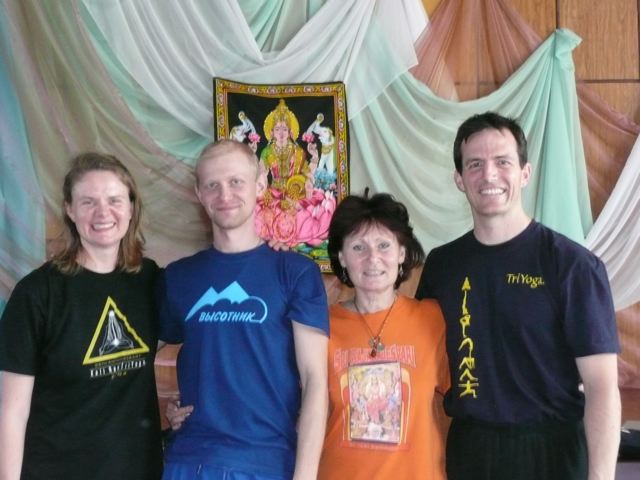 John and Stephanie with Ananda and translator Sasha. Besides translating, Sahsa and Natalia are also participating in the Teacher Training. 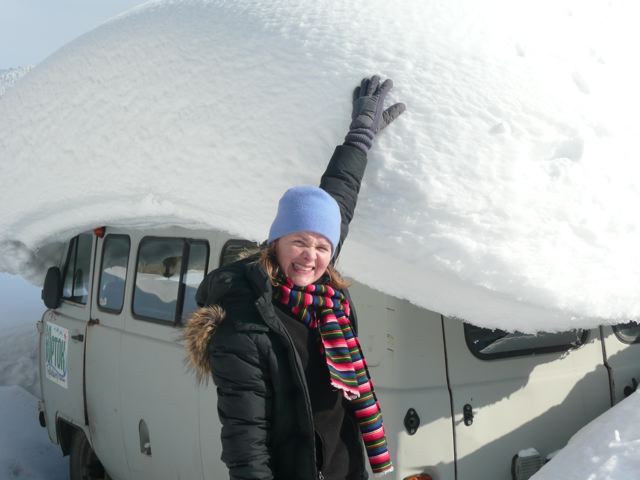 Scenes from a trip to the Altai Mountain region of Siberia, planned by Ananda. 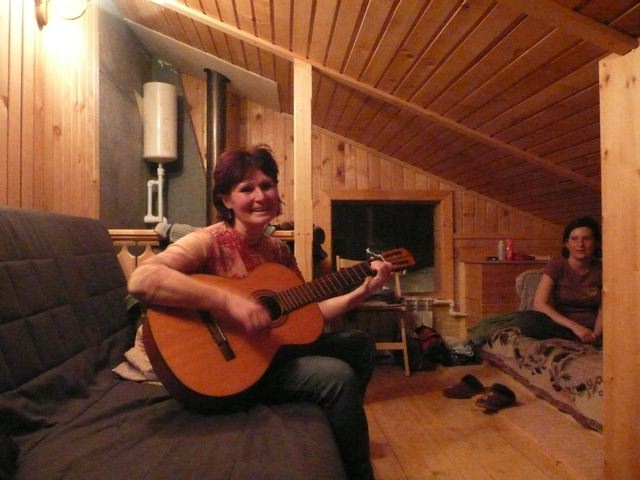 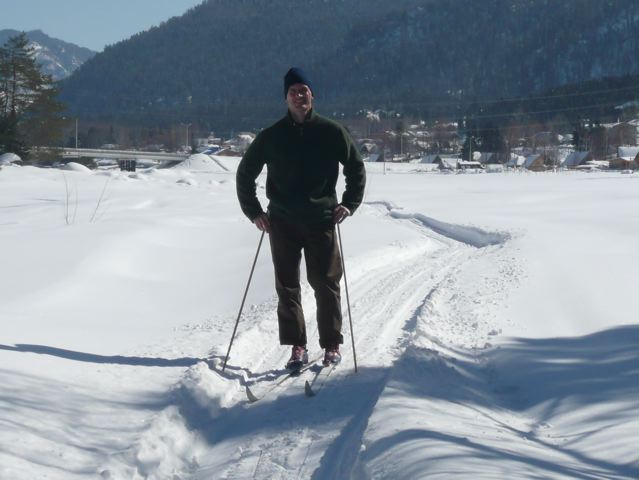 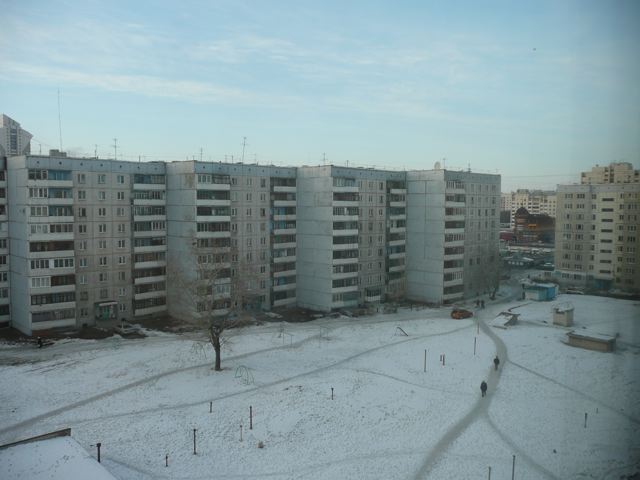 The view from John and Stephanie’s Barnaul apartment.