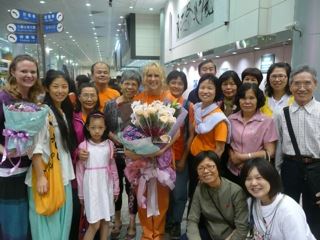 Kaliji’s 5-country spring tour ended with a visit to Taiwan–her first return to this country in almost seven years! Despite an almost 3-hour delay in the flight, more than 15 excited teachers, students and friends were waiting to greet Kaliji at the airport.

The TriYoga community has been growing since Kaliji first visited in 2004 and 2005, when she was invited as a special guest of the OKIDO Yoga association. Since that time, TriYoga has blossomed in Taiwan with six visits by John and Stephanie, a strong group of certified teachers and many new students. Now the fruits of Kaliji’s initial visits are evident with the opening of the first TriYoga Center in Taiwan and the first TriYoga Retreat in Taiwan! 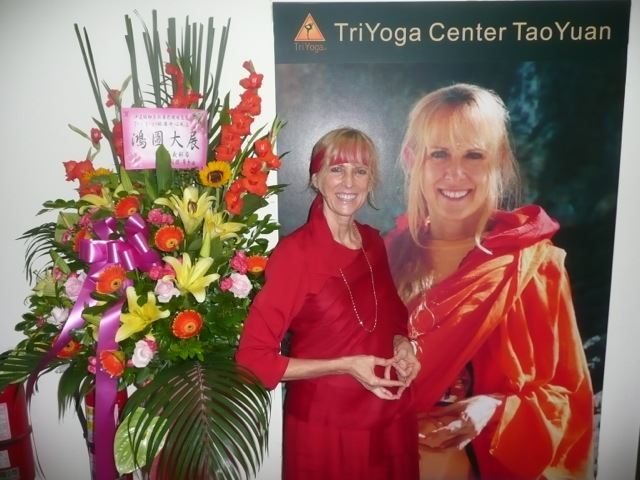 The first day’s program was the grand opening of TriYoga Center Tao Yuan. Teacher Julia (Chiu-Yu) has traveled to China, Germany and the US to continue her TriYoga studies, and has realized a dream in opening a dedicated center. 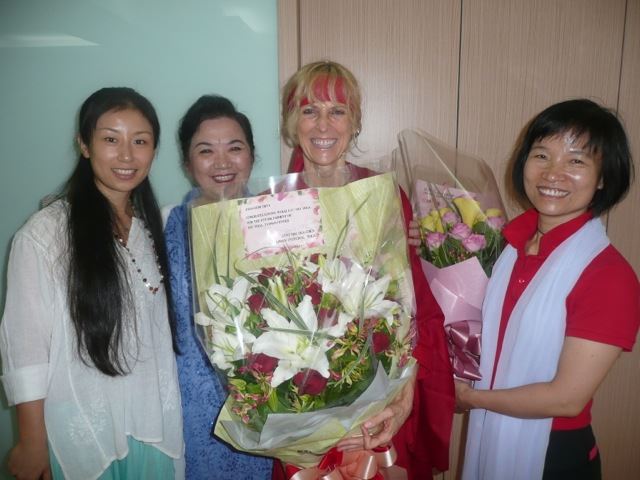 Julia (right) and translator Kiki (left) with Jini Chen. Jini was Kaliji’s first translator in China, and helped to invite Kaliji to Taiwan for the first time. 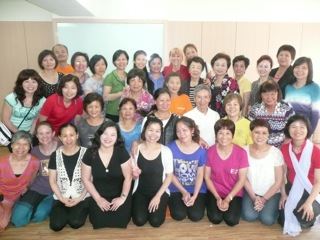 Next, the group traveled to the famous Sun-Moon Lake in the mountains of Taiwan for a three-day retreat. 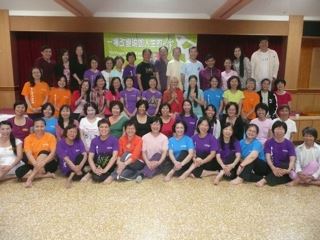 Students, teachers, and interns from all over Taiwan came to join. Many teachers trained in Taiwan or China brought students from their hometowns to meet Kaliji and join the flow.

The weekend included asana, pranayama and mudra practices, as well as philosophy talks, chanting, and questions and answers. 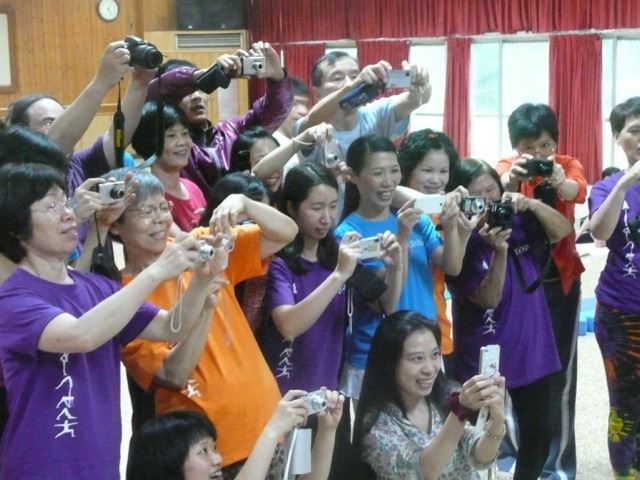 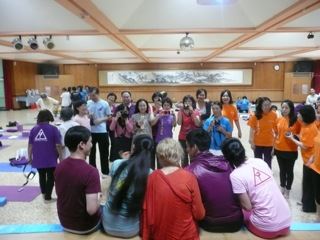 And, of course, everyone wanted to have their picture taken with Kaliji! 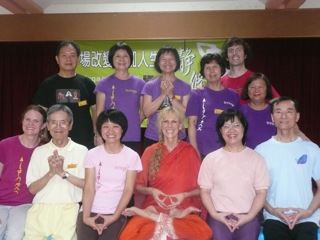 The weekend also included a reunion of the Taiwanese students who traveled to Santa Cruz 2 years ago. 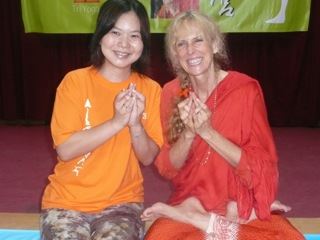 Mariko, who met Kaliji when she translated for her in Japan in October, traveled to Taiwan to gain a deeper experience of the flow. She made many friends in Taiwan and is already planning her next visit. 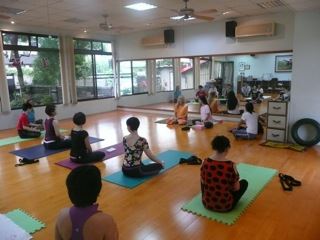 On the last day, Kaliji traveled to Chiayi and visited Cheryl’s (Hui Chao’s) yoga studio– the site of the first TriYoga teacher training in Taiwan in 2009. 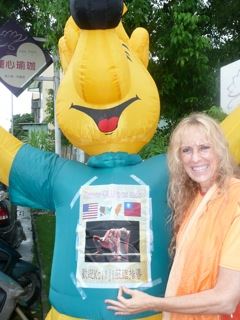 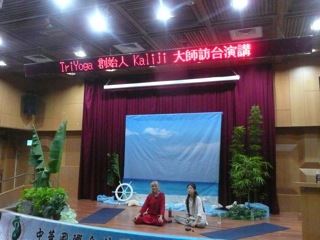 Kaliji then went to the International Academy of Natural Medicine to give a talk and demonstration. 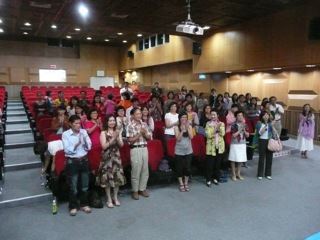 Kaliji received a standing ovation from the inspired audience. 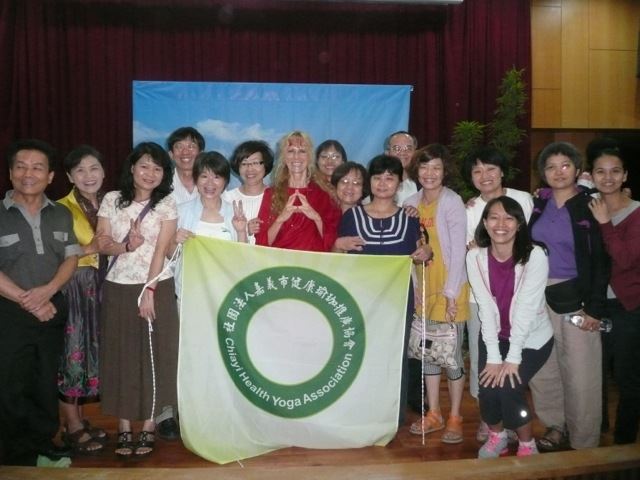 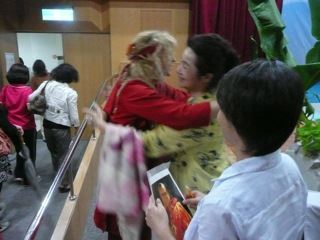 The former president of the OKIDO yoga association traveled over 2 hours from Taipei in order to attend the dinner and talk, and was so happy to reunite with Kaliji. 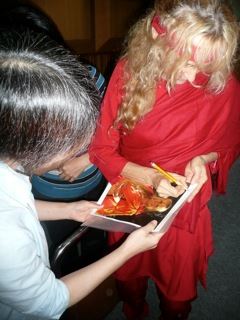 Many students asked for Kaliji’s autograph! 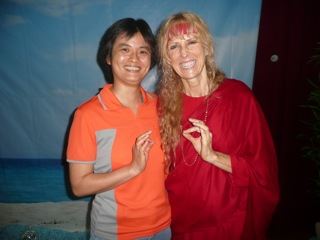 Kaliji also met up with an old friend — Stacy was so inspired upon meeting Kaliji in 2007 that she traveled to Santa Cruz and stayed for over a month, attending every class for every day of her visit. 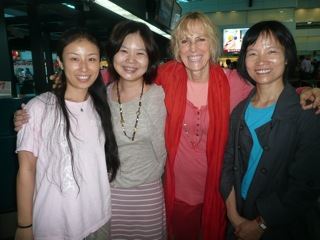 At the airport for departure– translators Kiki (China) and Mariko (Japan) and organizer Julia. Kiki stayed in Taiwan for almost a month after Kaliji’s visit and gave a Basics Teacher Training. 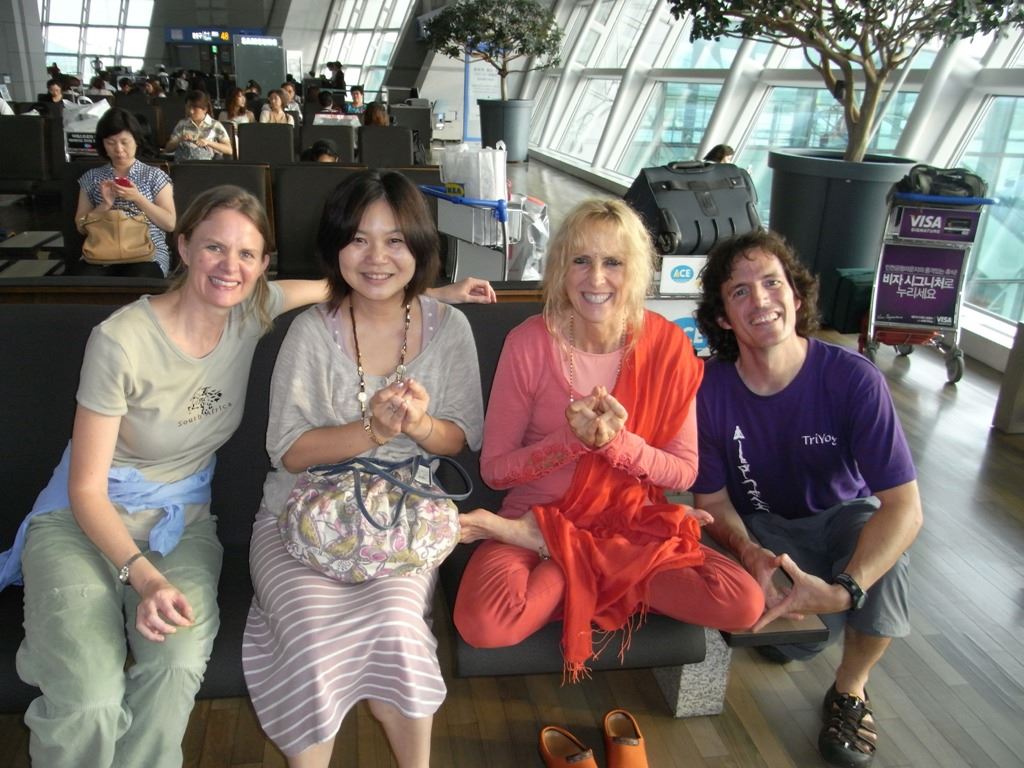 Mariko had a great travel flow and was on Kaliji’s flight from Taipei to Seoul. She spent time with Kaliji and “the D’s” until she left for Tokyo!

On Kaliji’s 5-country, 2 continent, 8-city tour, over 530 students attended the 55 hours of classes and workshops!