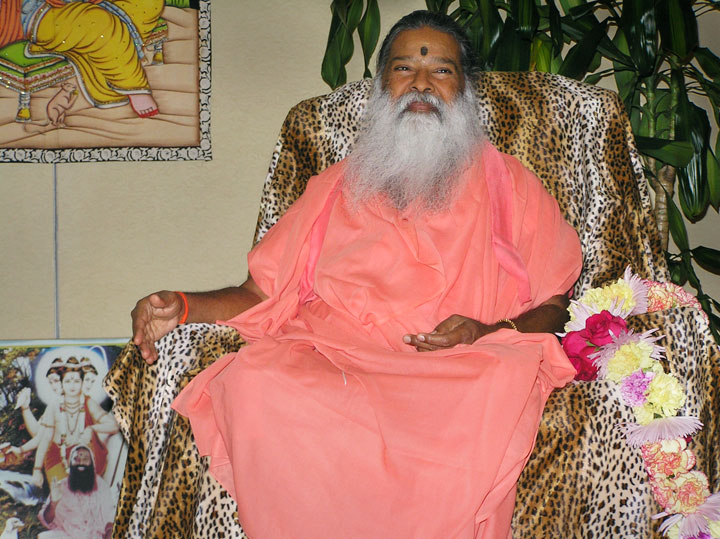 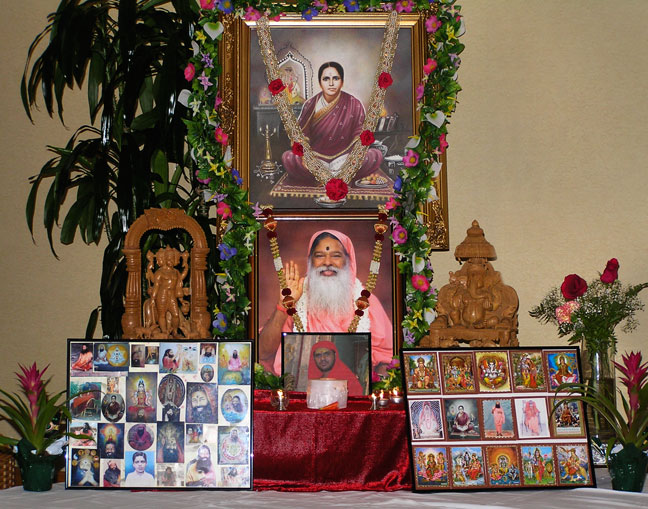 A public program was held on Sunday evening. The stage was beautifully decorated, with an altar that featured photos of Sri Swamiji and Mata JayaLakshmi. 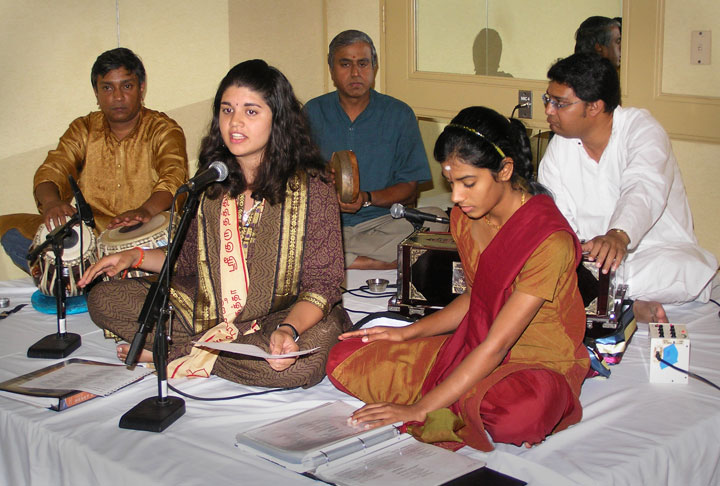 Prior to His arrival, a group performed Sri Swamiji’s bhajans for the gathered crowd. 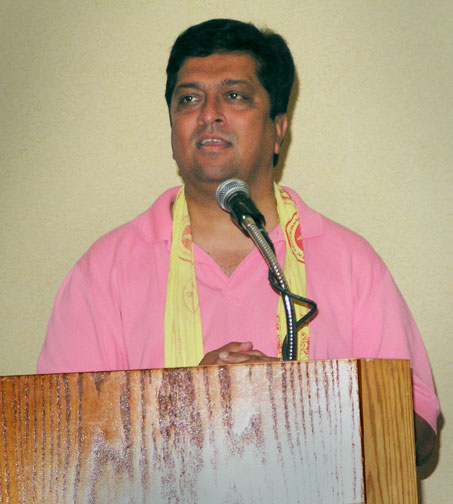 The emcee for the event was V.R. Raman, a longtime devotee of Sri Swamiji from Chicago. 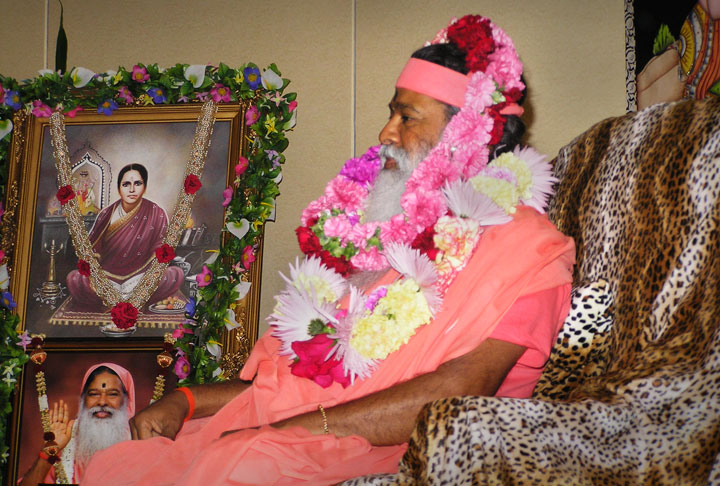 Upon arrival, Sri Swamiji was presented with two beautiful flower malas by devotees. 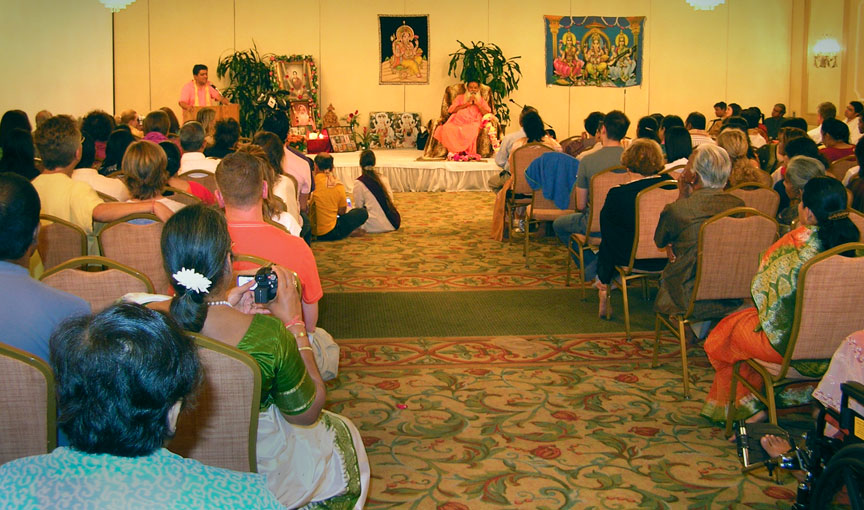 The Hanuman Setu Bandha project was announced while Sri Swamiji was in Dallas in July. This is a program to which people can donate to help fund the construction of what will be the main ashrama/cultural temple of Sri Swamiji’s in the US, near Dallas. 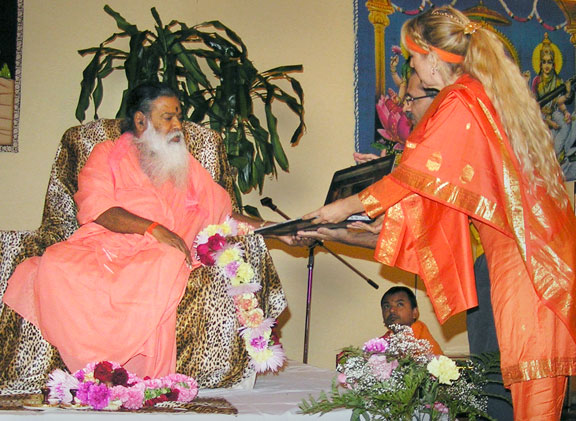 Here, Kaliji and Ravi present a new website for the program to Sri Swamiji, 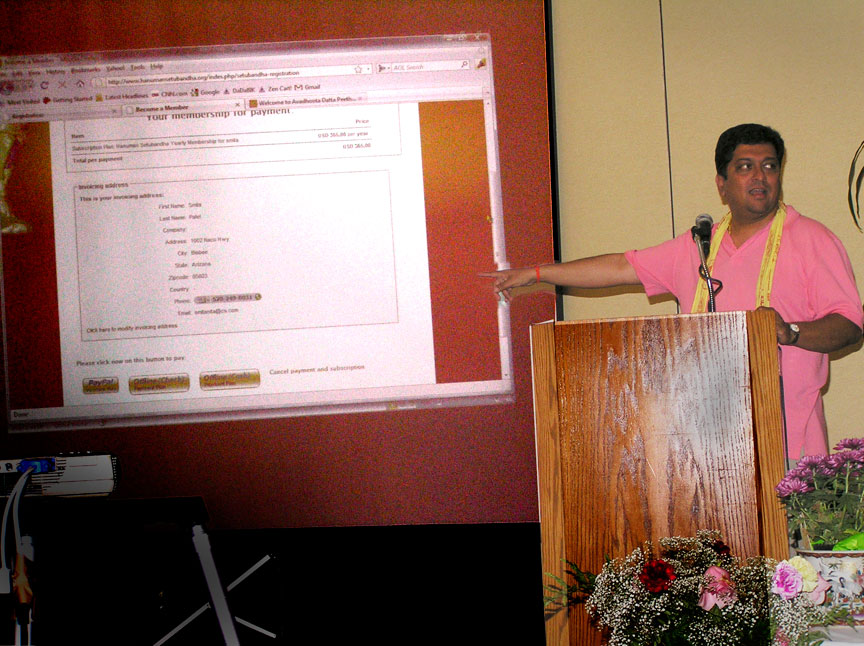 and then it is projected for the audience on a large screen. To learn more, visit www.hanumansetubandha.org or www.dollarseva.org. 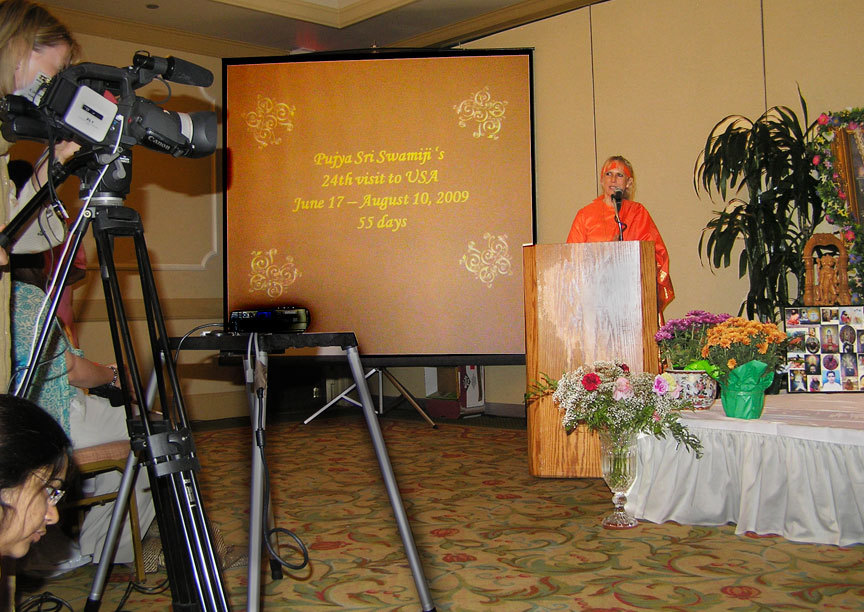 Kaliji gave a talk about the 55-day long USA tour that Sri Swamiji has just completed, using a powerpoint presentation as a visual aid. 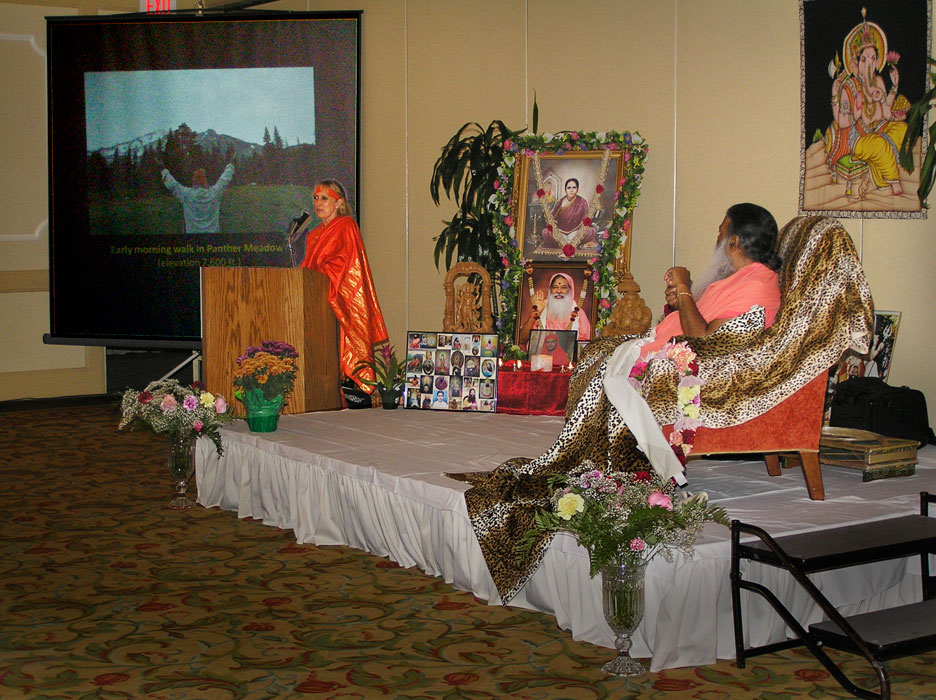 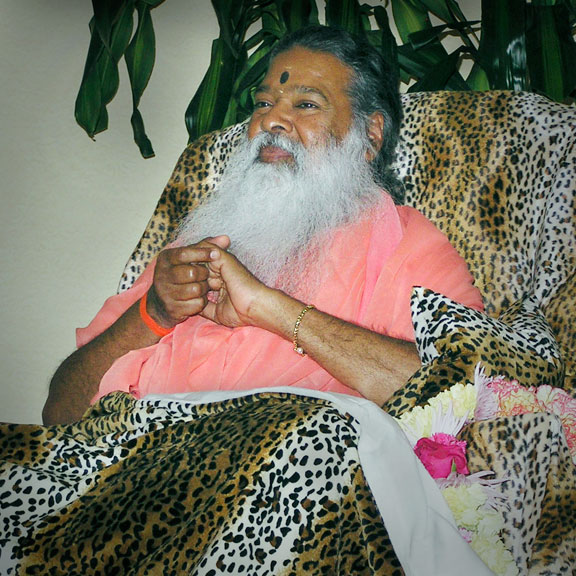 Sri Swamiji then obliged the raptly-listening audience with a talk. For one part of it, Sri Swamiji gave a humorous imitation of people who get caught up in the ups and downs of their emotions. He talked about how the emotions….. 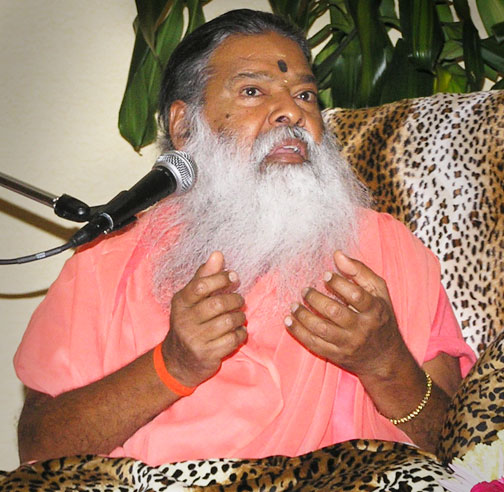 bring one down, feeling sad or worried at one moment….. 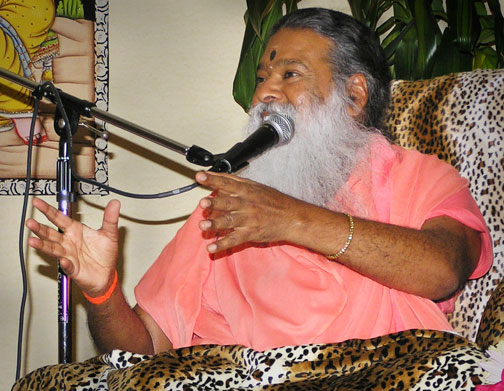 and then back up, feeling joyously happy in the next moment. 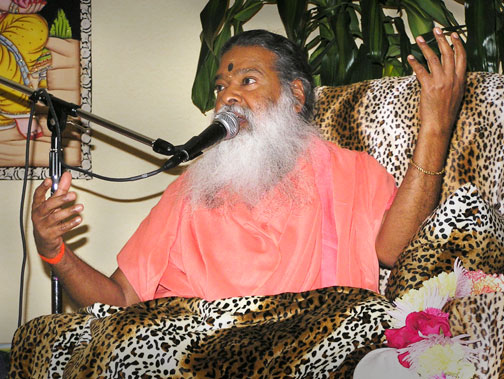 And then when asked why they are so happy or so sad, all they can say is “I don’t know!” In either extreme, Sri Swamiji says, prana (the life energy) is being wasted, and we need to learn how to conserve that by not following the fickle emotions to any extreme. 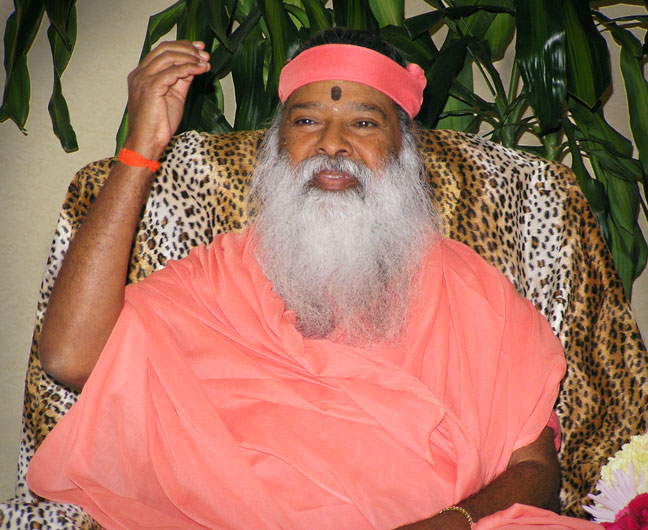 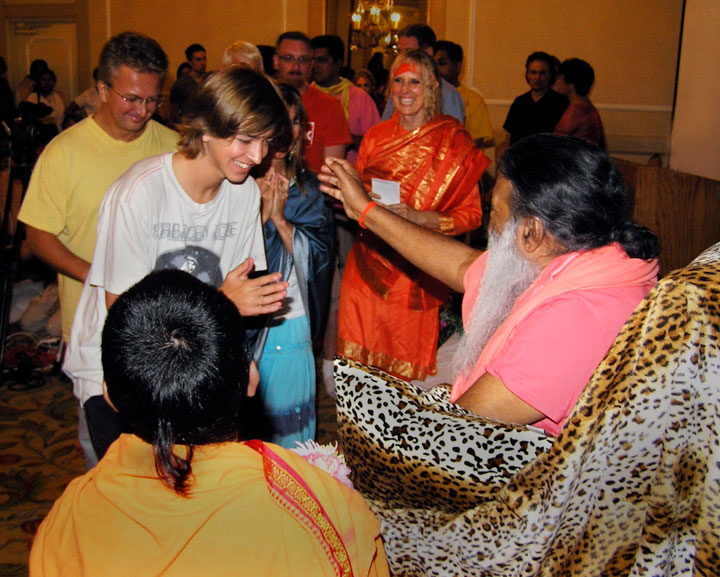 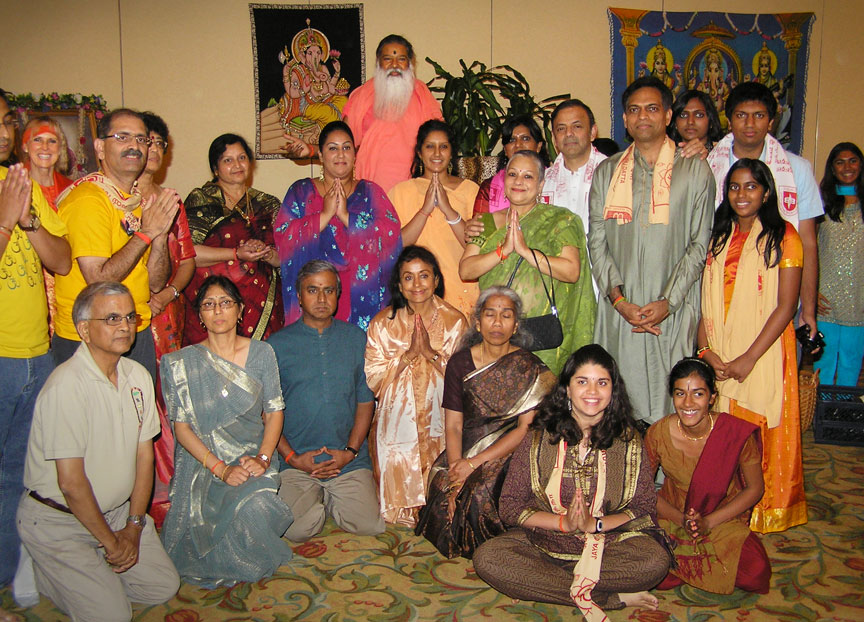 Following the program, Sri Swamiji posed for a photo with many of the devotees who attended, 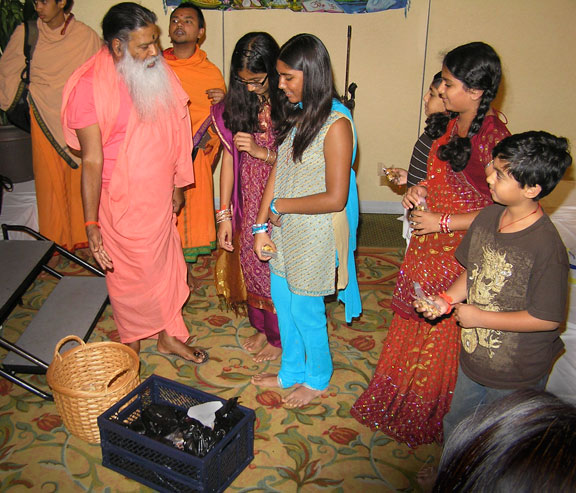 and spoke with the children who were handing out prasadam. 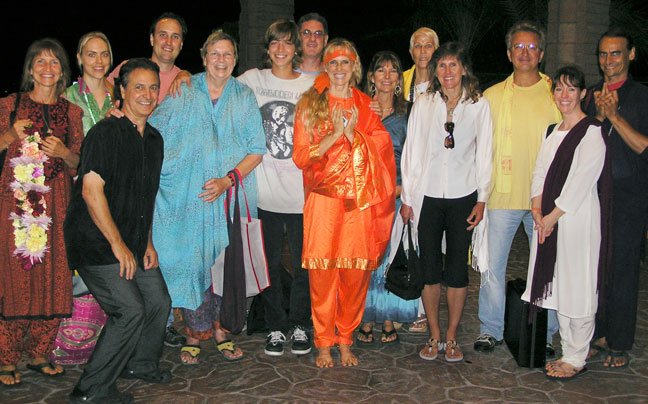 There were also many TriYogis in attendance at the event.