Prior to beginning a retreat in Austria, Kaliji and group had a day to visit the town of Salzburg. 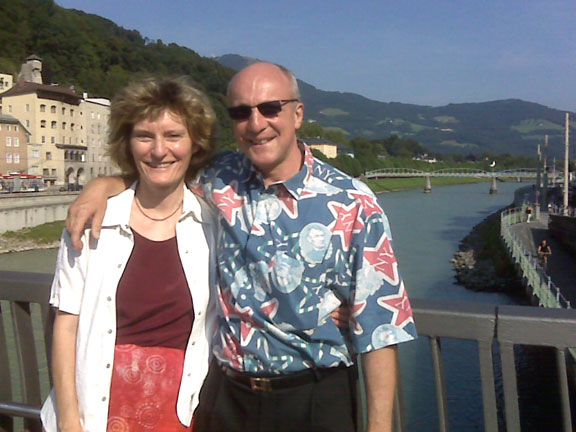 Kaliji, Mercury and Nandi were brought on the sightseeing tour by Erika and Reiner (shown here). Erika is the chair of Yoga Austria ~ the Austrian Yoga Association. Reiner is professor at the Universitat Mozarteum, university of music, theater and visual arts in Salzburg.

Salzburg is the 4th largest city in Austria, and is known for its Alpine location. It is the birthplace of composer Wolfgang Amadeus Mozart. The name Salzburg literally means “Salt Castle”, and derives its name from the barges carrying salt on the Salzach river. 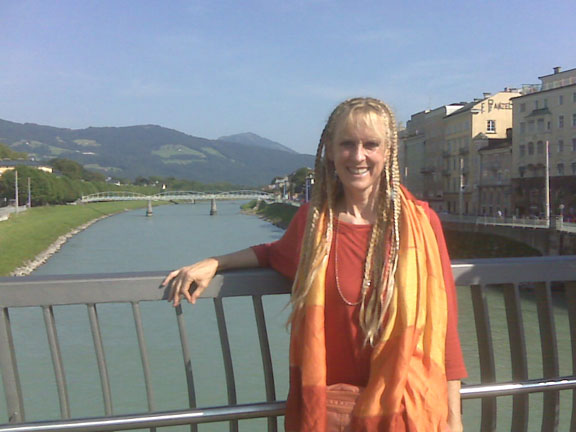 Salzburg is on the banks of the Salzach river, at the northern boundary of the Alps. Human settlements are known to have been in the area for more than 2000 years. 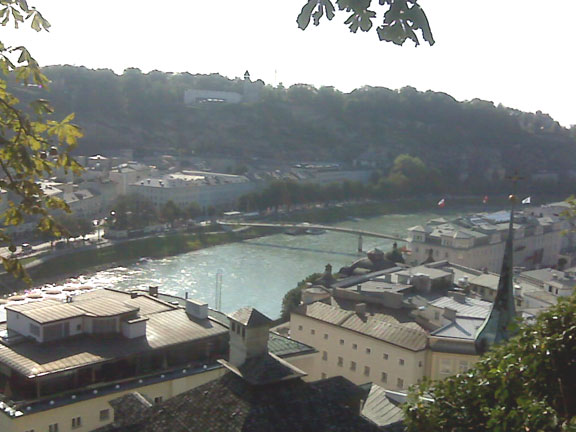 Views of the Salzach River 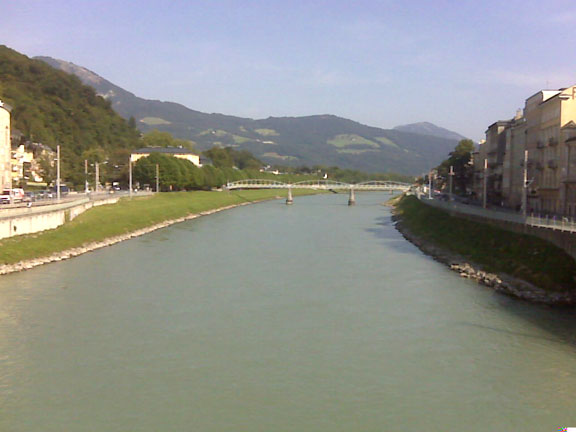 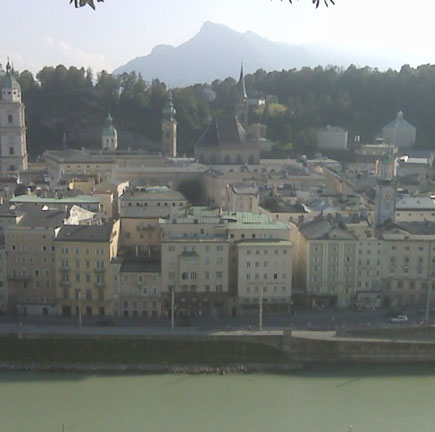 The closest Alpine peak ~ the 1972 meter Untersberg ~ is only a few kilometers from the city center. Untersberg can be seen in the distance in this photo. 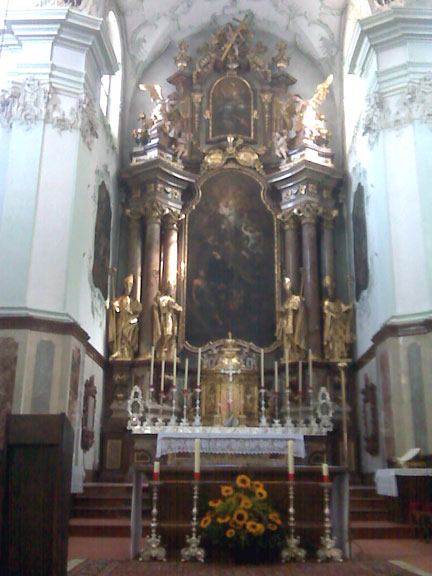 They also visited the Abbey Church of St. Peter in Salzburg. St. Rupert originally founded St. Peter’s Abbey in 696 AD. The present building was constructed in the Romanesque period, then completely renovated in the 17th and 18th centuries in the Baroque style. 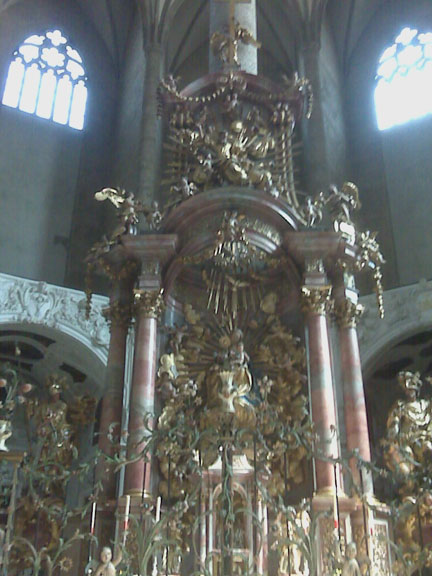 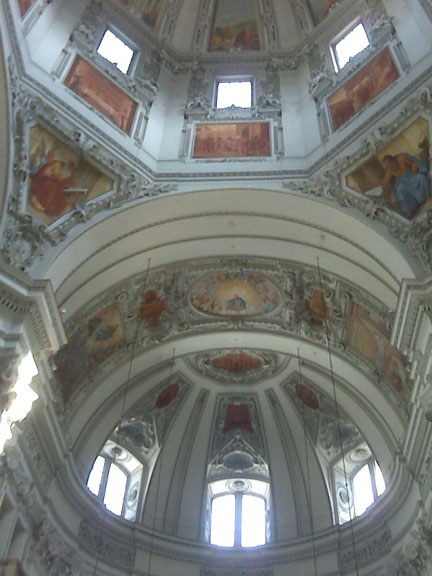 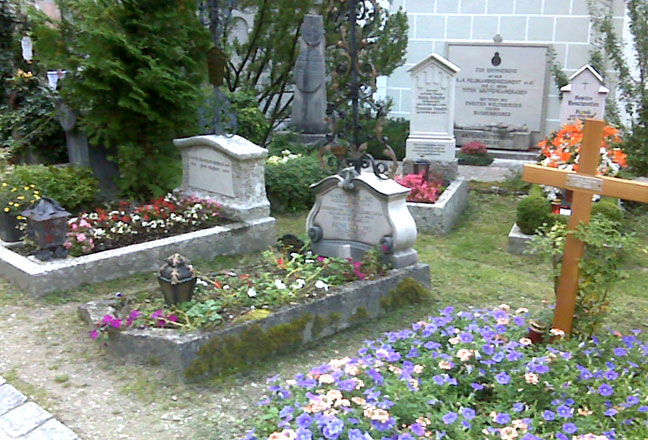 St. Peter’s Cemetery, is the oldest graveyard in Salzburg, dating back to the 8th century. The graves are lovingly tended by Salzburg families, decorated with candles, fir branches, and flowers. Pansies are the most popular flower, because their name means “thoughts.” 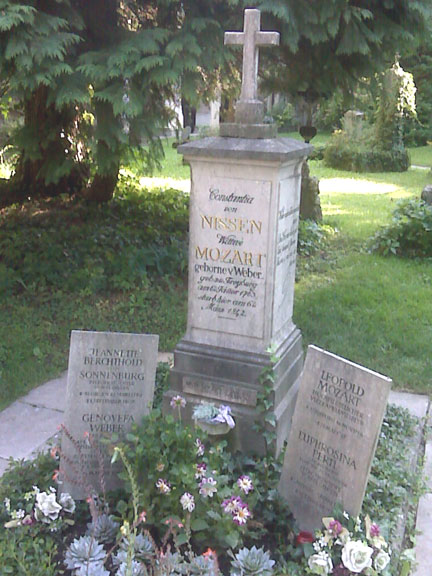 St. Sebastian’s Cemetery contains the gravestone of Leopold Mozart, father of Wolfgang Amadeus Mozart, also a noted composer and musician and one of the most famous violin teachers in the world. 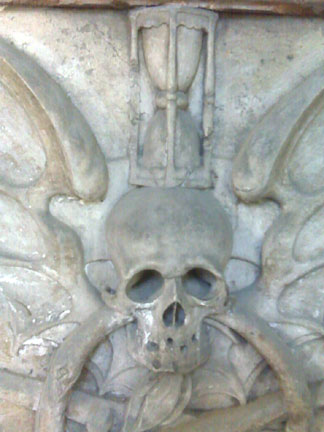 These carvings in St. Sebastian’s Cemetery date from the 17th century, and remind us that death of the body is inevitable. 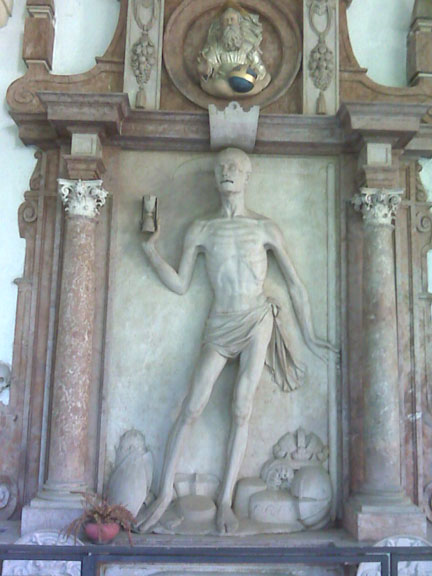 An emaciated death figure holding an hourglass evokes the sense of Memento Mori ~ Remember that you too will die. 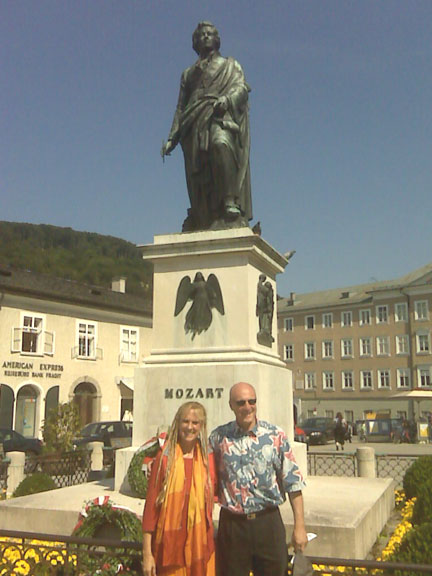 This famous statue of Mozart by Ludwig Schwanthaler has stood in Mozartplatz since 1842. 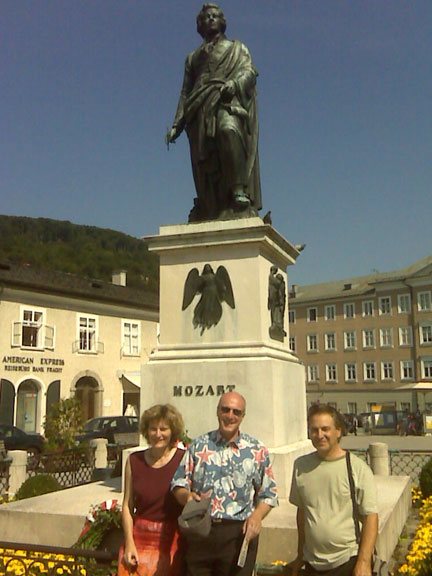 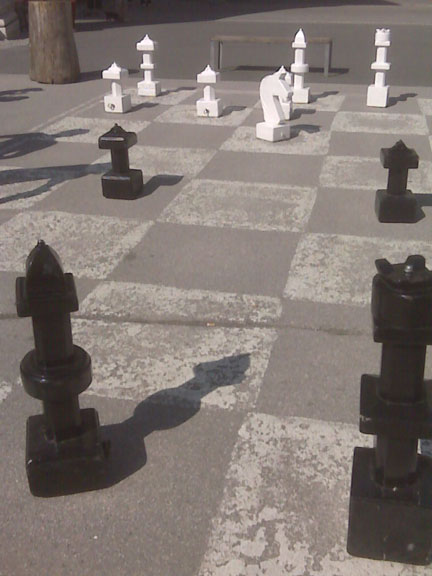 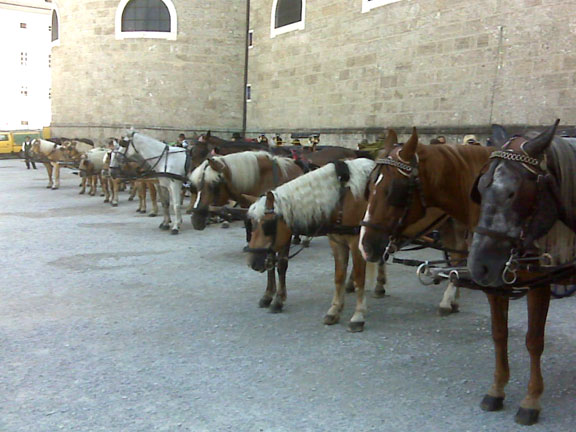 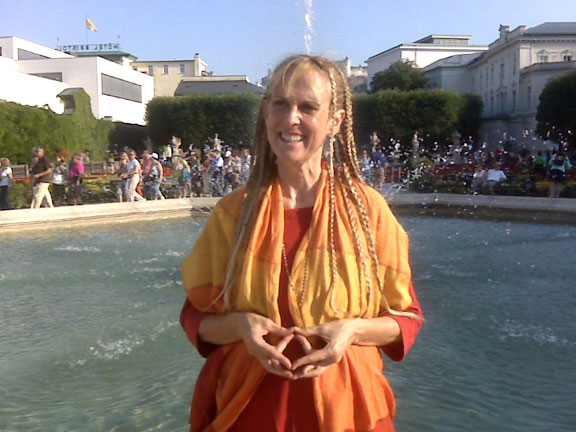