While traveling from Kiev to Dusseldorf, Germany, Kaliji and Nandi had a layover in Warsaw, Poland. With some free time, they went sightseeing in Warsaw. 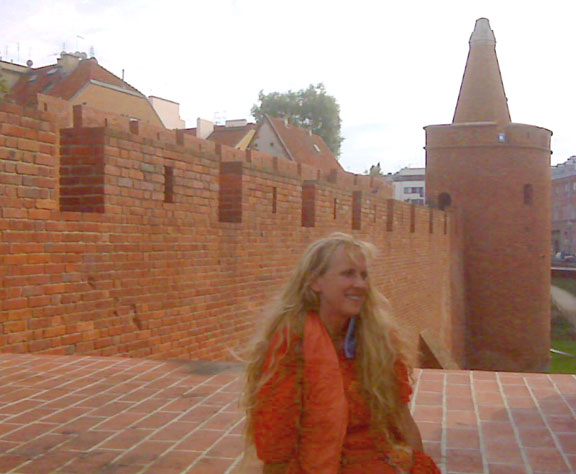 Most of their time was spent in Warsaw’s Old Town. Cobblestone streets, cafes and restaurants and one of the most beautiful city squares in Europe make it a beautiful area to visit. The Old Town that is seen today was actually rebuilt, literally brick by brick, after the World War II, so in fact, it’s not that old at all, but its feel goes back decades. 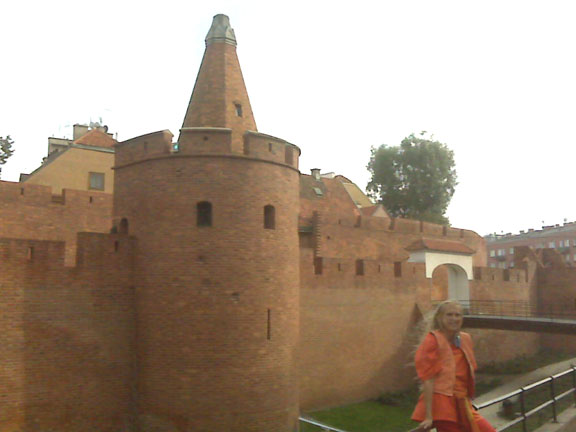 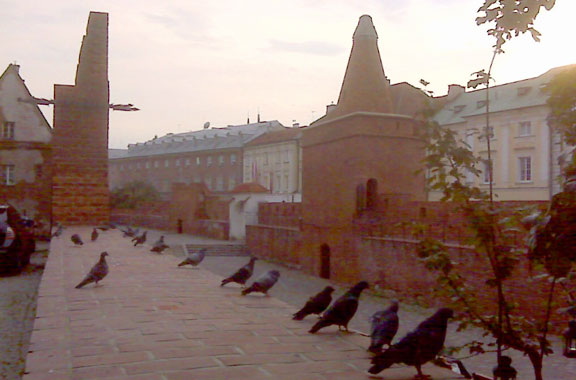 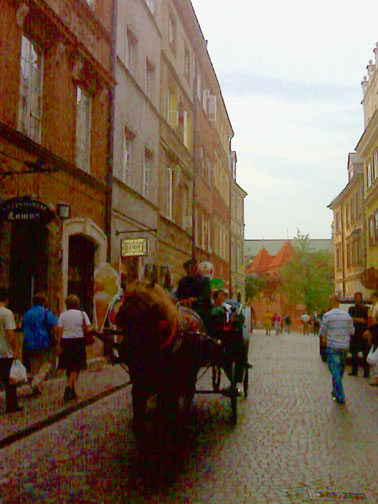 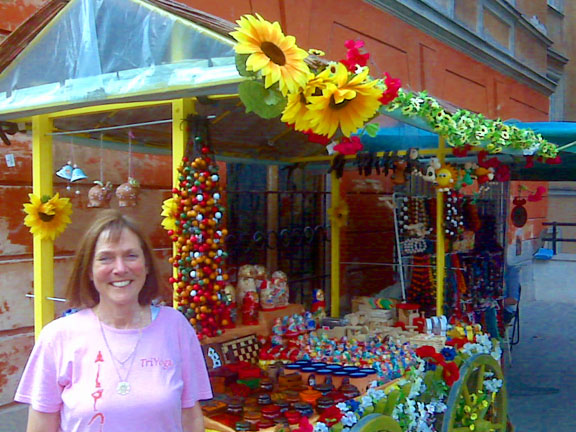 In the Old Town Marketplace 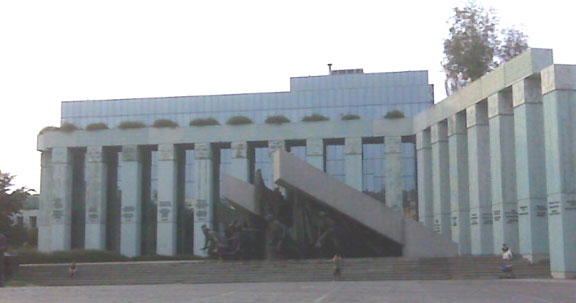 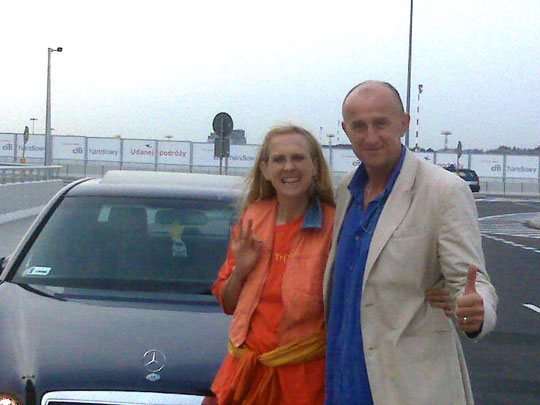 As always, Kaliji had a perfect flow in Poland. Upon arrival, she met Andrzej, a cab driver who spoke English and could show them around. For an even better flow, Andrzej was born 5 days after Kaliji (in the same year), his father was born the same year as Kaliji’s mother, and in the photo, he used a mudra without knowing anything about Kaliji’s yoga mudras!