On Tour with Kaliji in England, July 2011

Crop circles have continually grown in frequency and complexity. They have occurred in over 22 countries, with the center of activity in Wiltshire and Hampshire, England. The season in England generally starts in May in the oilseed rape (canola) crop, continues in late May and June with the barley crop, and climaxes in the wheat crop in late July and early August. In recent years circles have appeared nearly daily at the height of the season.

The crop circle research community is dedicated and diverse. Crop circle websites are rich with information: cropcircleconnector.com, cropcirclereporter.com, temporarytemples.co.uk and silentcircle.co.uk, and are great resources for learning about the crop circle phenomenon.

From July 18 to July 22, Kaliji made her sixth trip to Wiltshire, England during the crop circle season. This year the tour group visited five crop circles over two days:

The Overton Down circle is an interference pattern: imagine that the field is water, and four stones are dropped simultaneously along the circumference of the circle. The resulting circular waves overlap and interfere with each other, creating a beautiful pattern.

Famed crop circle researcher Michael Glickman generously demonstrated the geometry of this crop formation with the tour group prior to their field visit.

This formation, depicting a distinctly extra-terrestrial face, appeared during Kaliji’s visit. Kaliji and the tour group were among the first to enter this formation. 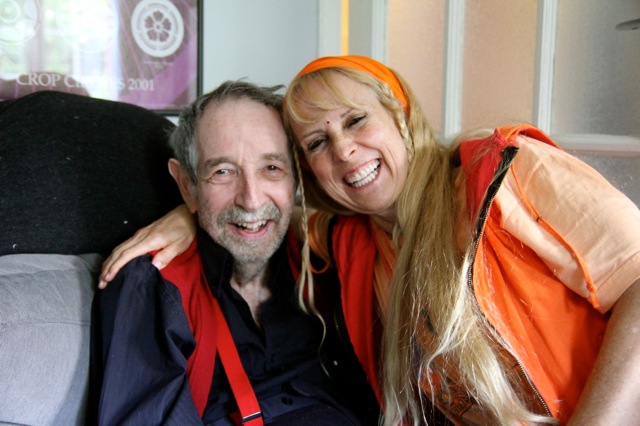 The group made a visit to the home of Michael Glickman, one of the earliest crop circle researchers. Michaelâ€™s research has focused on the geometric and numerical symbology within the formations, and his insight into crop circle quintuplets led to the discovery of new methods for squaring the circle. Michael has published a number of crop circle books, DVDs, and posters. His most recent book, Crop Circles: The Bones of God is available online and is a fantastic introduction into the magic of crop circles. Michael continues to lead crop circle research, and attracts researches and enthusiasts from around the world. 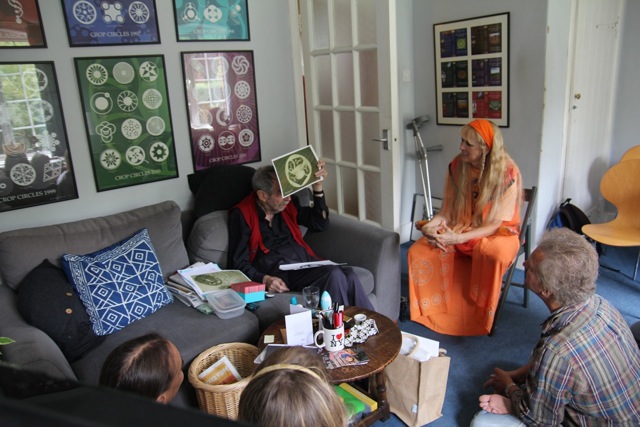 Michael is holding an aerial photo of the Honeystreet 2 formation as he animatedly and systematically reveals the underlying geometry of the crop circle. 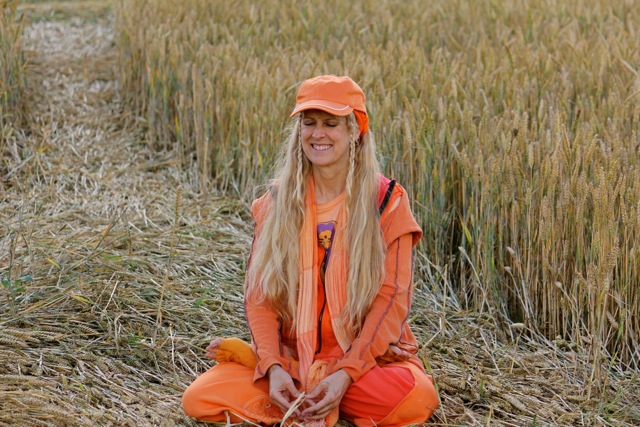 The energy of hasta mudras is mirrored in the geometric energy of the crop circles. Michael Glickman calls the mudras “crop circles in Kaliji’s hands”. Many new mudras have flowed through Kaliji during crop circle visits. This year, more than 30 new mudras were photographed while inside crop circles. 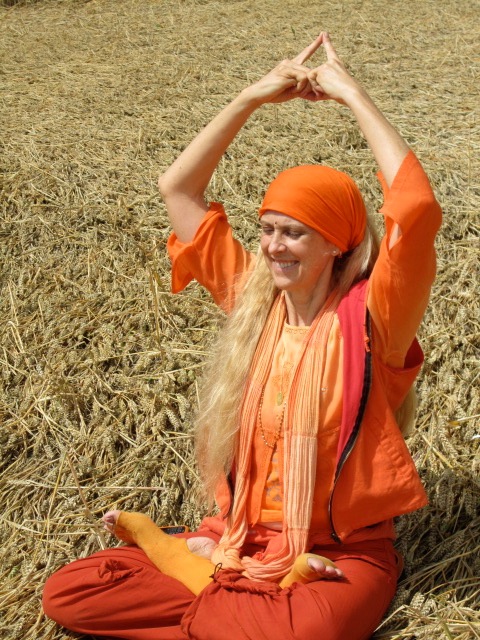 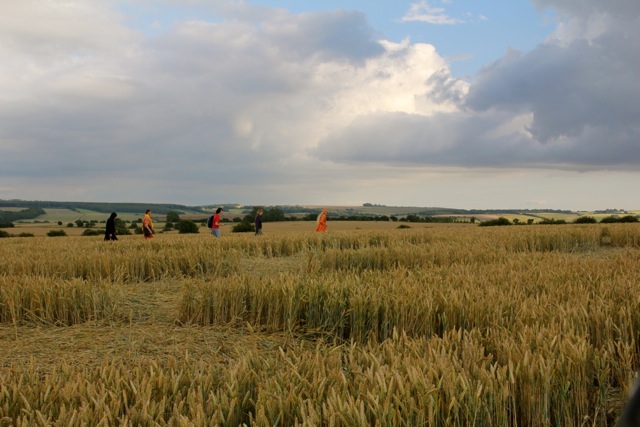 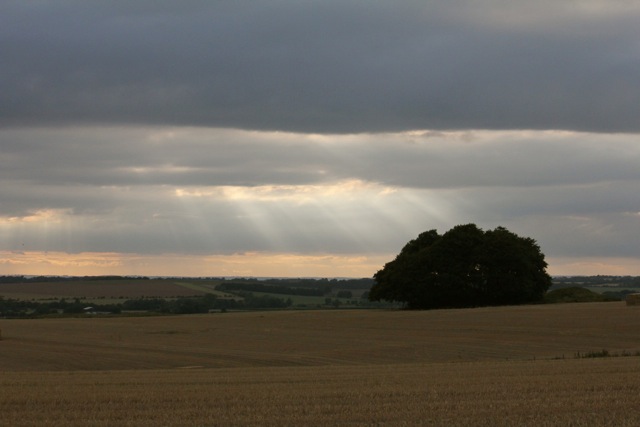 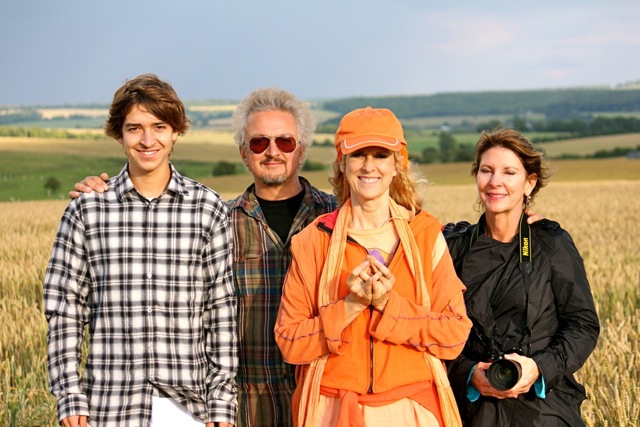 The Chrans family (Matt, left; Manu, center; and Daya, right) continued with Kaliji for their first visit to the crop circles. While walking toward the first crop circle of the trip, Matt saw and photographed a brilliant and fast-moving white light on the horizon. Matt wrote a poem about his crop circle experience:

The sun feels unreal as I run through fields
of wheat always in rhythm with the universal beat.
Whatever the weather no matter if the rain comes,
I know my destination and remember where I came from.
I would sprint for miles, I would even hop hurtles,
for one chance to dance inside of the crop circles.
My third eye was glowing a hot purple
some people are so slow I’m surprised that they’re not turtles.
These symbols aren’t man made clearly;
that’s why I can’t stand the whole man made theory.
Steer me in the direction of some significance,
the difference is curiosity instead of ignorance.
But not everybody has the intellect
to read the signs which at times can seem indirect.
Even I can just barely believe my eyeballs
when I see white light fly by in the sky like fly balls.
But this is more than just a baseball game;
skeptics look for someone they can place all blame.
Erase all shame and continue out of this hot mess,
I’m not stressed, thanks to the Goddess I’m God blessed. 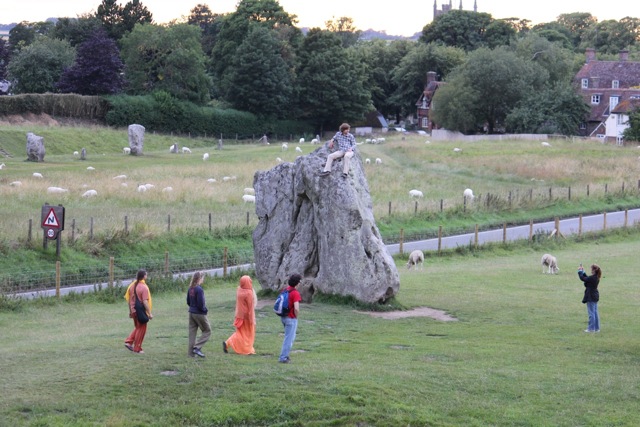 The tour group passed through the stone circles of Avebury a number of times. 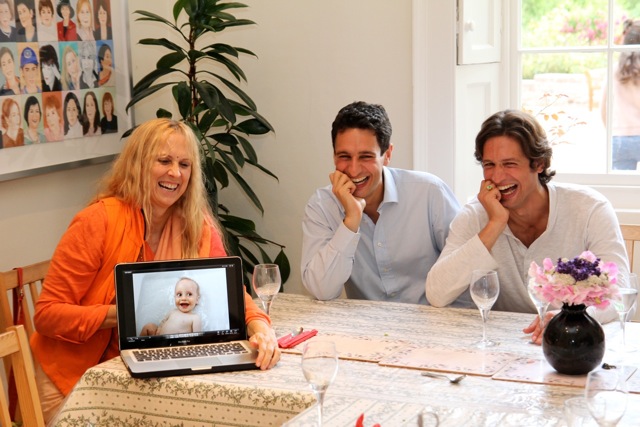 Kaliji and group spent a wonderful day visiting the Gifford family at Asha Centre in Gloucestershire, Kaliji’s home base in England. Founded by former author, activist, and former parlimentarian Zerbanoo Gifford, the ASHA center is dedicated toward pioneering leadership and personal development projects with young people from around the world.

Kaliji with Zerbanoo’s sons Mark (left) and Alexander (right). Both Mark and Alexander are actively involved with operations at ASHA centre. Alexander’s son William is in the photograph. This visit was Kaliji’s first opportunity to meet young William. 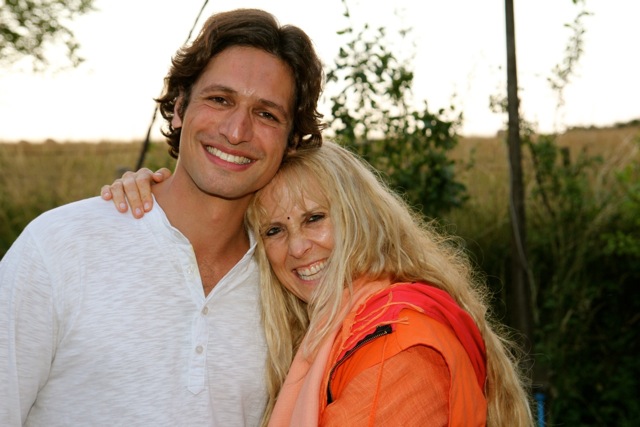 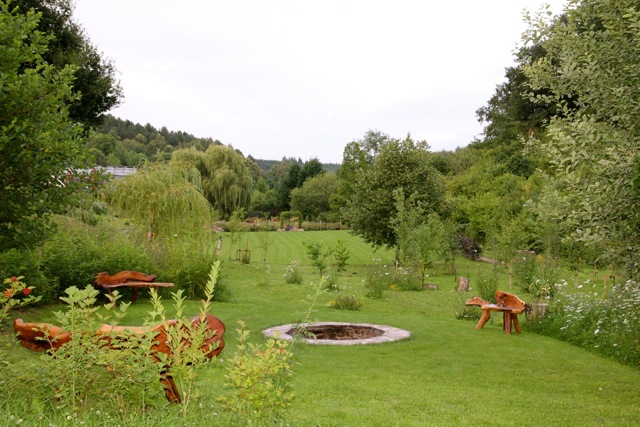 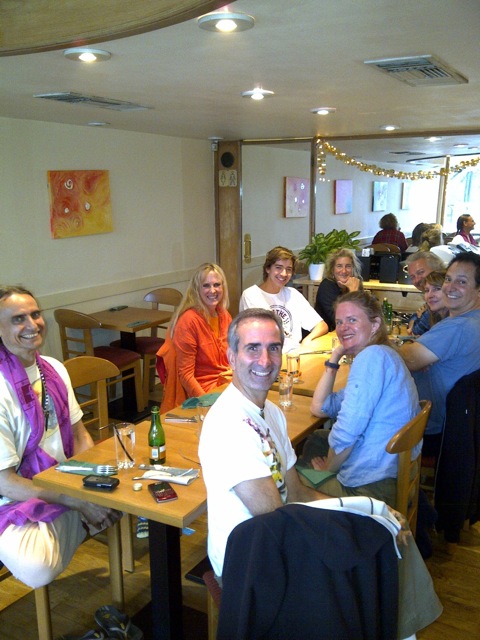 On the day of arrival, the group drove into London for sightseeing and a vegan meal at the fabulous 222 Vegan. 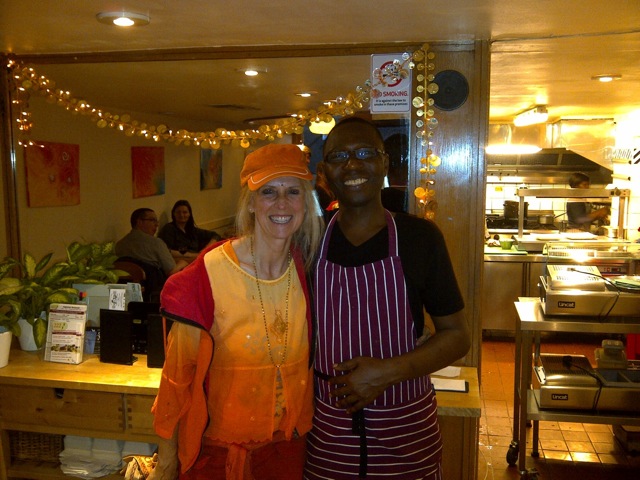 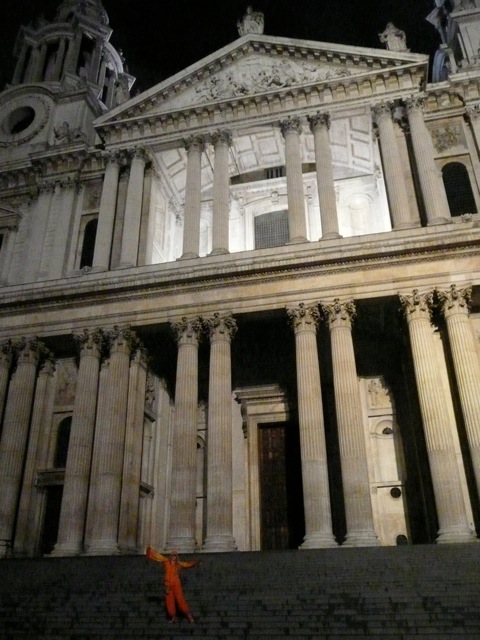 On the steps of St. Paul’s Cathedral.