Kaliji departed Malibu on Nov. 27 and arrived in Singapore on Sunday, Nov 29. There was a 19-hour layover before the departing flight for India, so Kaliji used the time to teach 2 programs at Real Yoga in Singapore. 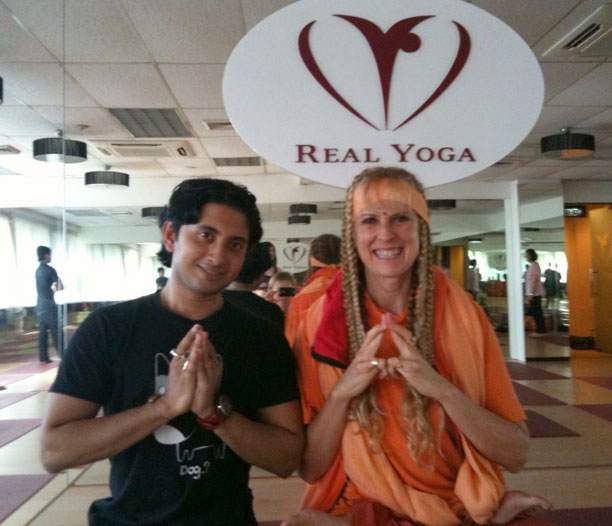 Saumik organized the programs. He began studying yoga at age 5 and, having completed a Masters degree in yoga, is currently in a Ph.D program. He is considered one of the best Yoga Masters in Singapore. 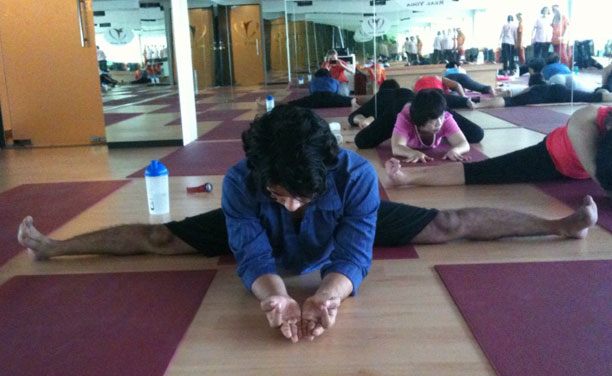 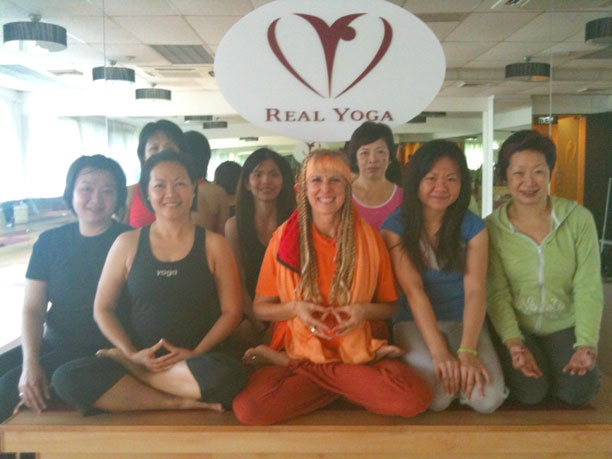 The magic of numbers has graced this tour ~

Kaliji’s visit to India is 54 days. This was not planned. The tickets were based on availability and price. 54-days was realized after the tickets were purchased. Kaliji has been on planet Earth 54 years. And the magic 54 appeared in Singapore when Kaliji was leaving for India to begin this yatra – the gate was 54:)

Without planning, the first photo sent from India arrival arrived to TYI office at 10:08.
The sacred number appears again:)

When they looked at the time, it was 11AM in CA. Then everyone changed the clocks from their original times and settled into India time. All free from jet lag and ready for the continued magic to unfold.

Eva-Maria arrived to join Kaliji, Katya, and Nandi. Her gate was 33 and her seat was 33 as she flew to India. The fifth TriYogi arrived, Maxim from Moscow. Expect great photos from his talented camera eye.

Throughout this yatra, TriYogis will be joining. 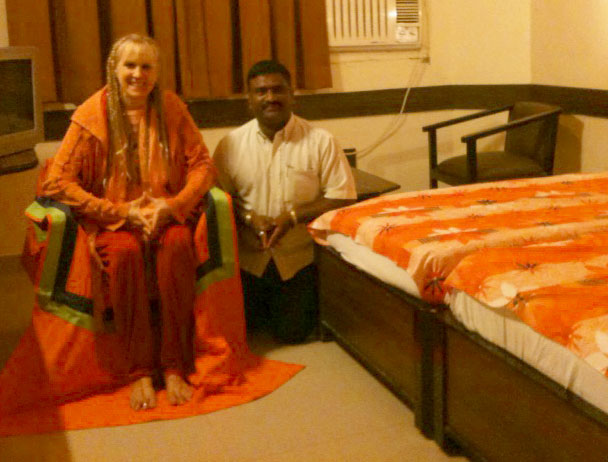 Following the 2 programs, Kaliji departed Singapore Sunday night and arrived at the hotel in Bangalore around midnight. Sri Kant (shown here with Kaliji) is Kaliji’s driver and main organizer in India. He decorated Kaliji’s room in orange in preparation for her arrival.