On Sunday Dec 6, Kaliji was interviewed by two newspapers in Mysore ~ Star of Mysore and Prajavani. 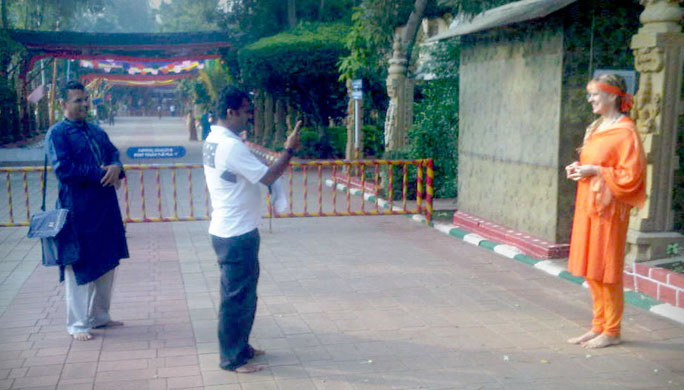 Kaliji is photographed for Star of Mysore. 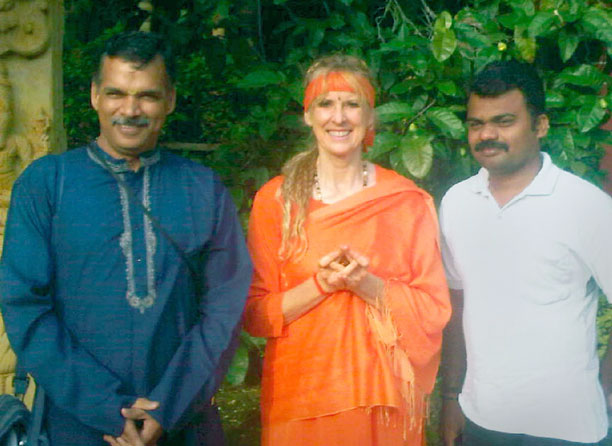 At left is Dr. Raghavendra Pai, a well-known Sanskrit scholar and teacher who organizes Kaliji’s yoga yatras in Karnataka (the state in which Mysore is located); the newspaper interviewer is at right.