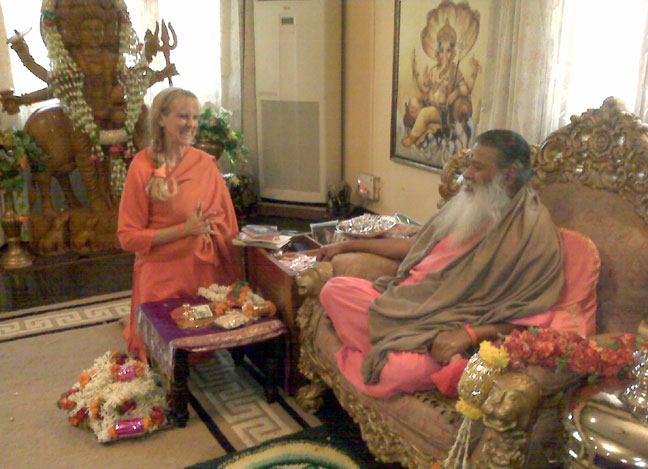 Early on the morning of January 6th, the group had darshana (meeting) with Sri Swamiji. Once again the flow of timing was amazing. Close to the time when it was 10:30pm on Jan 5th, on the East Coast of US (when and where Kriyavati began), Kaliji and those with her on this yatra were present at the most beautiful Sri Cakra Puja (ritual of offering to Devi) by Sri Swamiji. That was followed by darshana with Him. When Kaliji mentioned all those magical flows and timings to Sri Swamiji, He smiled and replied that in Kaliji’s life every moment is magic, every moment is precious. 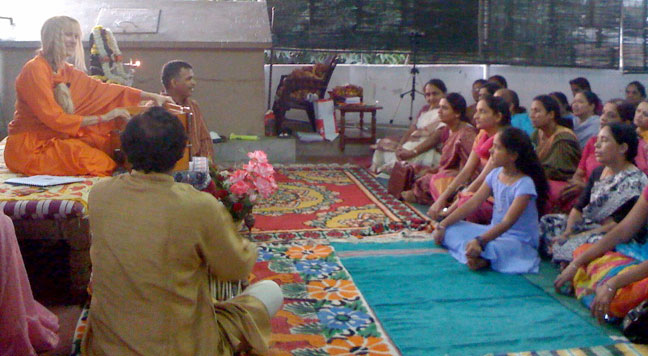 On the 8th of January, Kaliji offered a program at the Vedvyasa Foundation, at the house of Dr Pai’s, organizer of the TriYoga Yatra. Kaliji played a few chants, accompanied by Prasann on tabla. Kaliji’s talk on mudra was as always filled with deep spiritual knowledge and the best sense of humor. To conclude, Kaliji did Devi Dance, while Dr Pai chanted Sanskrit mantras. The moment the Devi Dance began, the lights went out! It only contributed to the magic, and beauty of the flow. Kaliji continued flowing, with candles all around her. 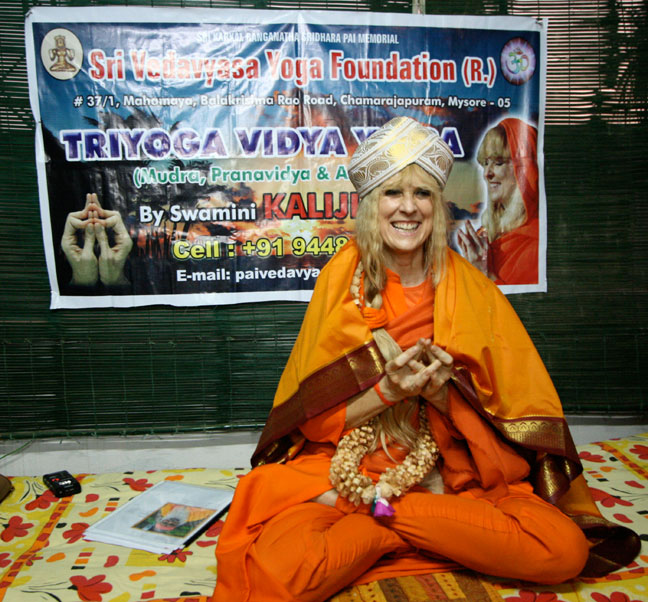 Kaliji received “Mysore Peta” (peta means “turban). This is a traditional Mysore honor, as it was worn by the kings of Mysore and is now conferred on distinguished people.

The same evening, there was a celebration of Bala Swamiji’s (Sri Swamiji’s successor) birthday. “We should always celebrate life. And it is always good to get together. When we come together for the good cause, it is satsanga. Whenever we get together, we become a group. What does this word mean? It means to grow up, grow and up, then “w” (double u) becomes one. When we are united, when we become one, we grow up. So it is very important to come together and celebrate life”. 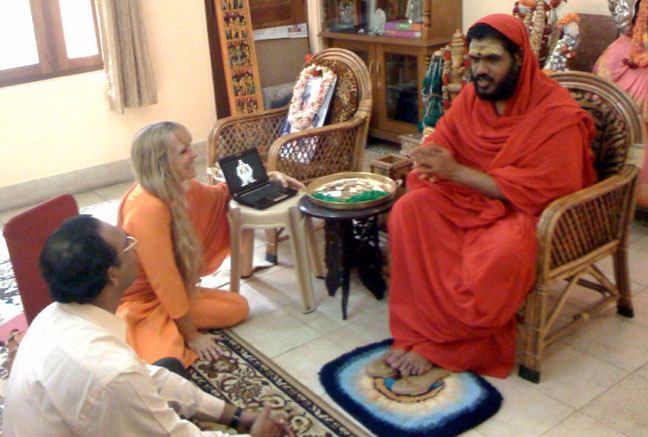 On January 10th, the day the group was to leave Mysore, they had a chance to have a private darshana with Bala Swamiji. Kaliji showed him a photo slideshow of mudras, he was very happy to see it and said: “We learn 10 mudras to peform, to learn 24 is considered great, but Kaliji has over 1000! Her mudras come from a higher blessing!” 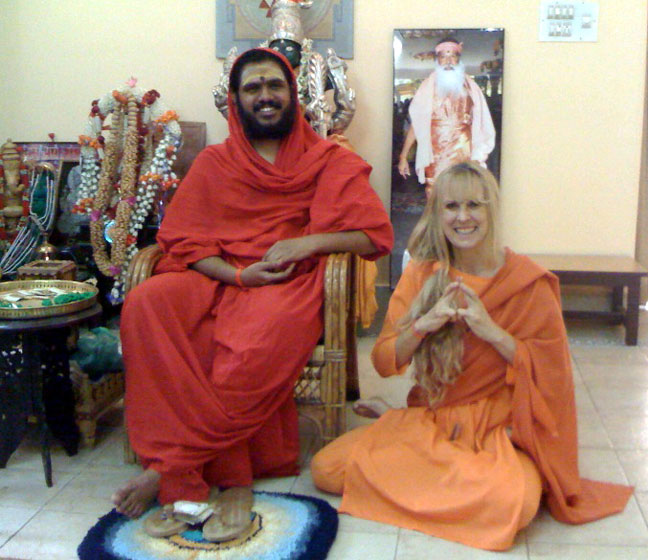 Later that afternoon, Balas Swamiji performed Sri Swamiji’s bhajans for 2 hours, accompanied by the Celestial Troupe musicians. The energy of the chanting was dynamic, joyful and uplifting. That was a great ending to the great time in Mysore ashrama.

As soon as the bhajans were over, Kaliji and 11 with her departed for Bangalore, to continue their journey up North in the sacred Himalayas.

In addition to the programs and music lessons, all had a chance to enjoy ayurvedic massages in a very beautiful Ayurvedic Spa, to go sightseeing and visit the famous Mysore Palace, as well as to climb 1008 steps to Chamundi Hill where the famous Devi Temple is.