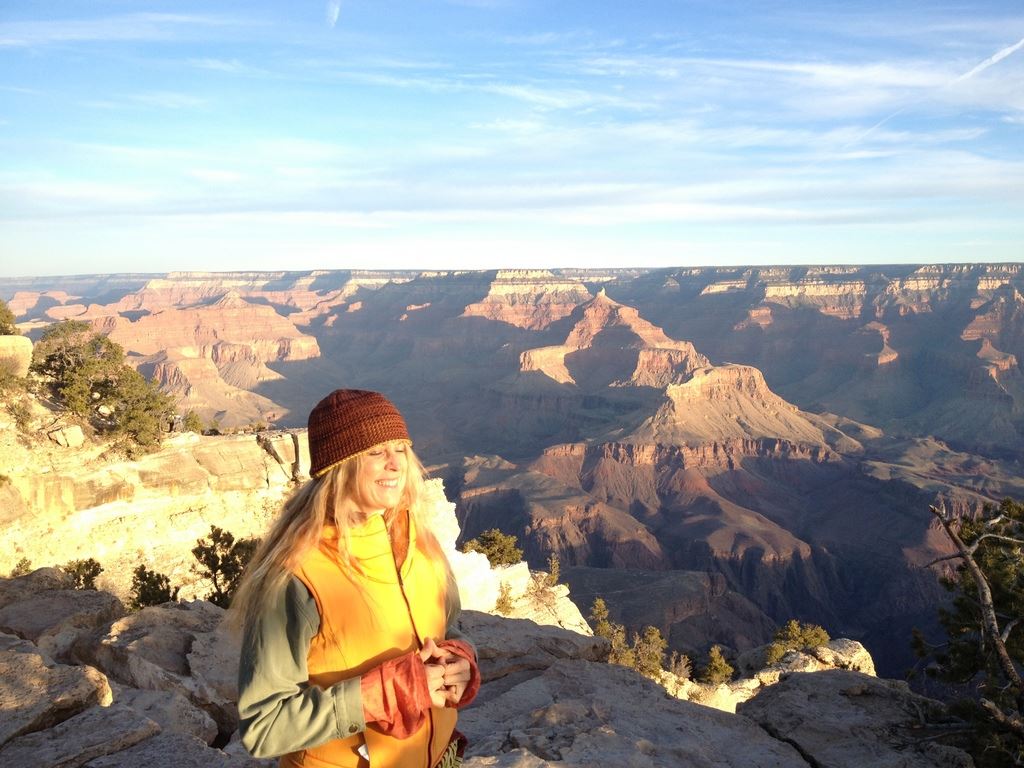 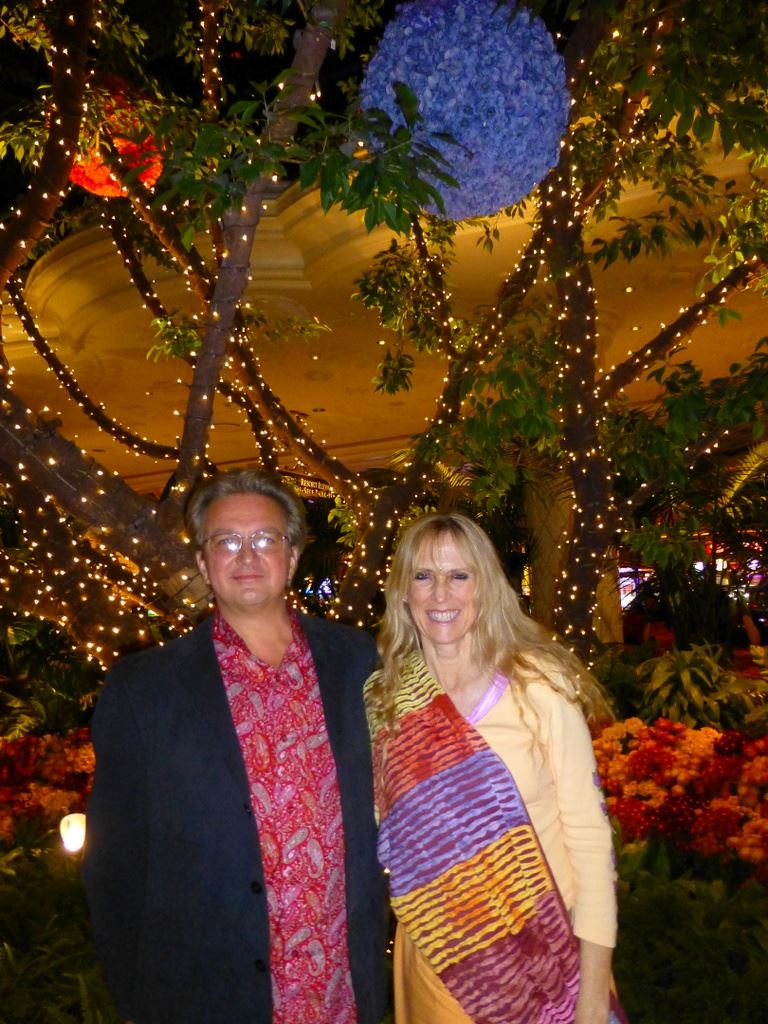 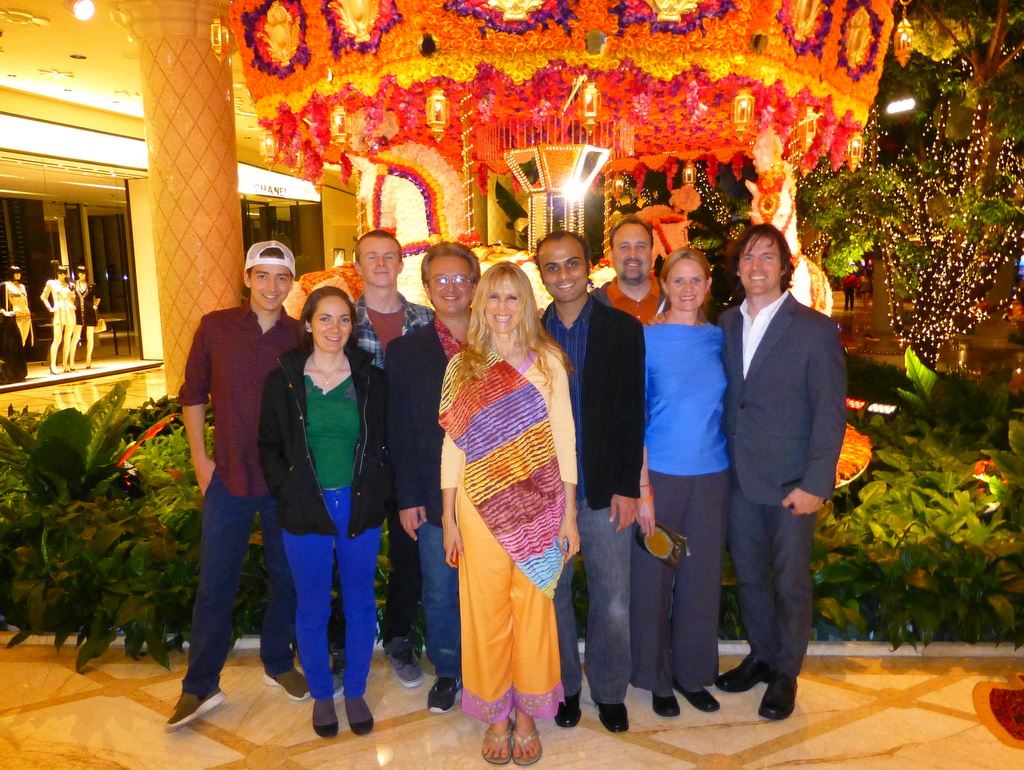 The Las Vegas group inside the Wynn hotel! Thanks to Manu and the Excellent Numismatics team for arranging this memorable and fun trip. Jasmin and Polo from Santa Cruz (not pictured) also joined the Las Vegas fun.

Steve Wynn, whose company owns or operates many of the nicest Las Vegas hotels, has followed a plant-based diet since 2010. All of the restaurants in his hotels feature a separate vegan-menu and fabulous meals were enjoyed by the group at “Sinatras” and “Andreas” in the Wynn Encore. 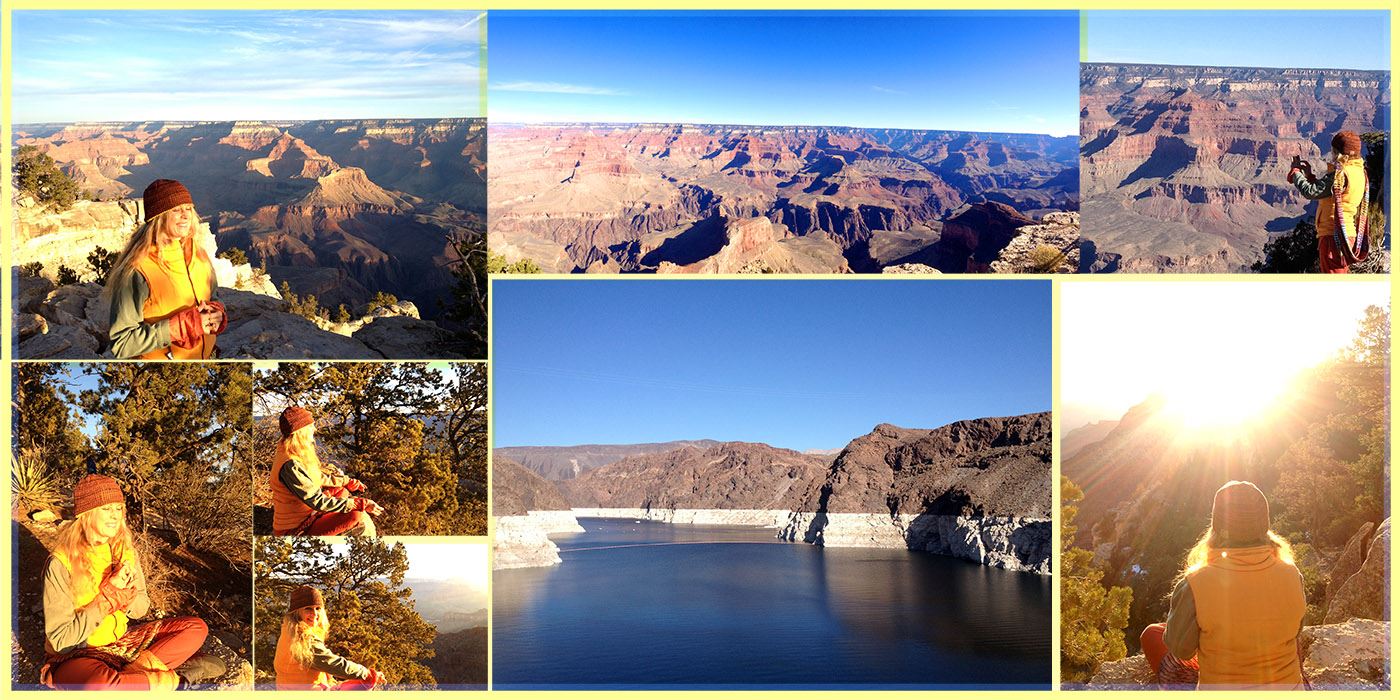 After departing Las Vegas, Yogini Kaliji traveled by car to Grand Canyon National Park (south rim) with a stop at Hoover Dam/Lake Mead. The Grand Canyon sunrise was spectacular as seen from Mather Point. Kaliji walked along the Rim Trail, stopping at different points for pranayama and meditation. 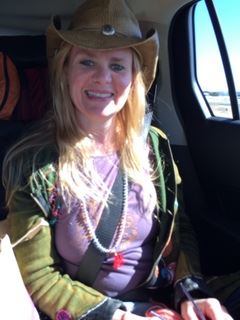 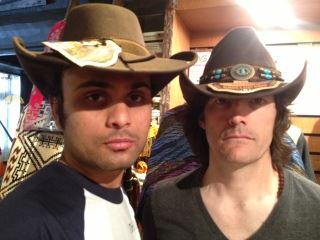