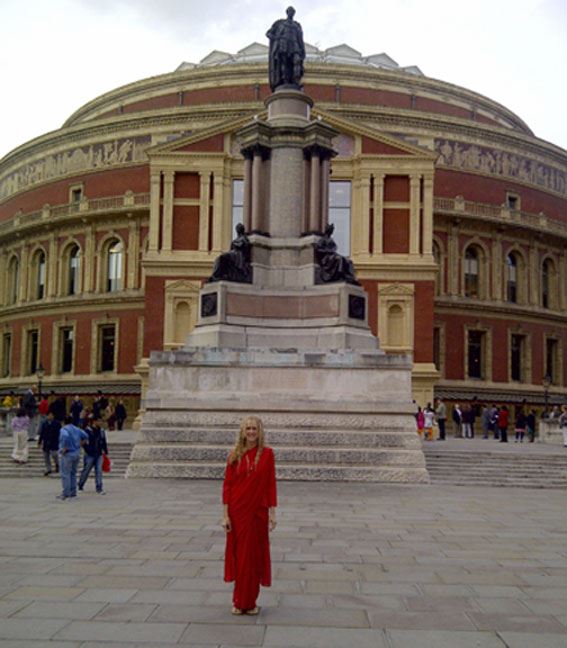 After a brief stop in the US, Kaliji traveled to London for Sri Swamiji’s concert at the Royal Albert Hall, one of the world’s most famous music venues. Go to www.dattapeetham.com and click on “What’s New” to see a full report of this historical event. 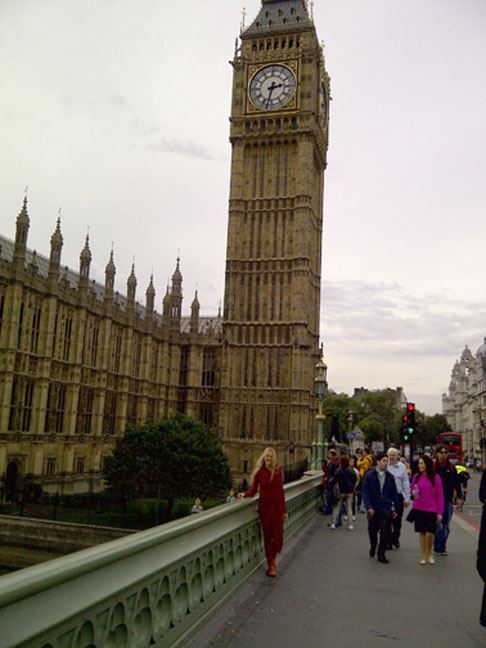 While in London, Kaliji took time to do some sightseeing: here she is in front of the Houses of Parliament and Big Ben. 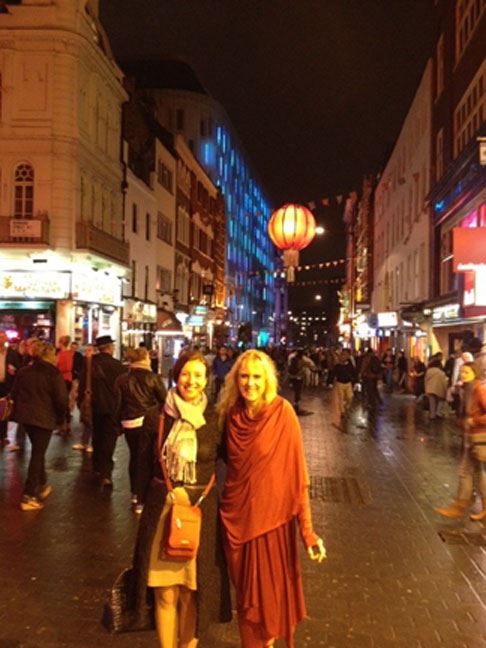 While out sightseeing, Kaliji got a text from Ekaterina asking where they could meet – just at that moment, Kaliji walked into the restaurant where Ekaterina was planning to eat! 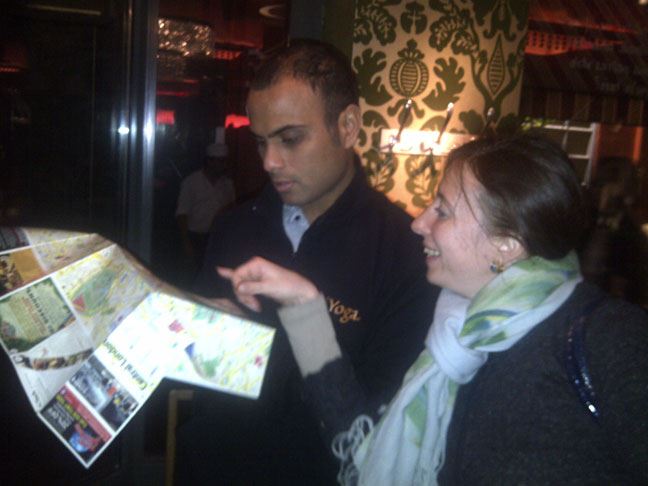 Kaliji was accompanied by Hari (from Bangalore, now living in Mission Viejo, CA) and Ekaterina (from Moscow, now living in Vienna Austria). This global team organized full days of sightseeing and events – even a boat ride on the Thames River – in addition to enjoying the amazing concert. 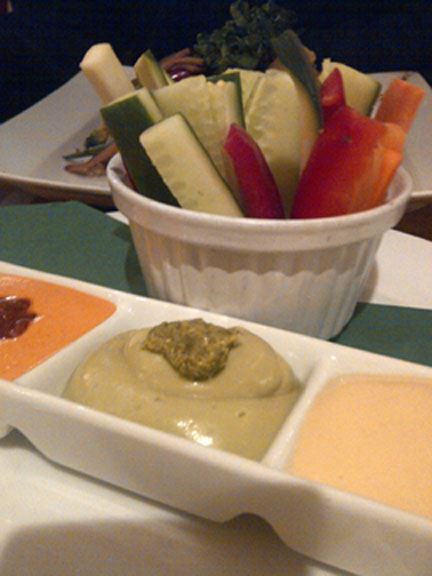 Kaliji also got to go to her favorite vegan restaurant in London, 222 Veggie Vegan, which was only a few minutes walk from her hotel!