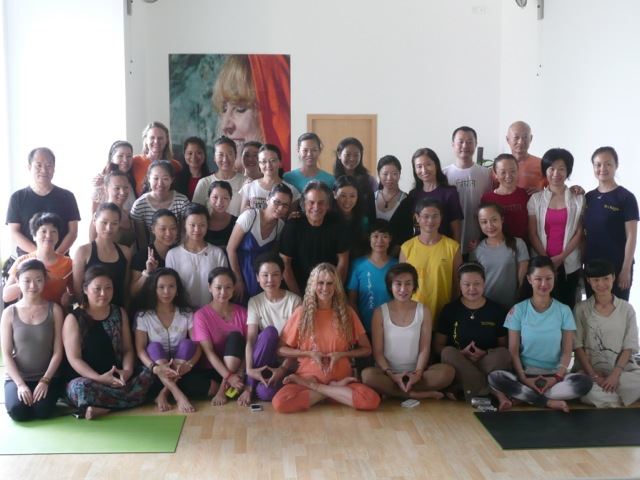 Kaliji’s summer tour continued with a trip to the TriYoga Center in Shenzhen, China. This was Kaliji’s third visit to Shenzhen within the past year, and many students are using every opportunity to study with Kaliji and spend time with her. 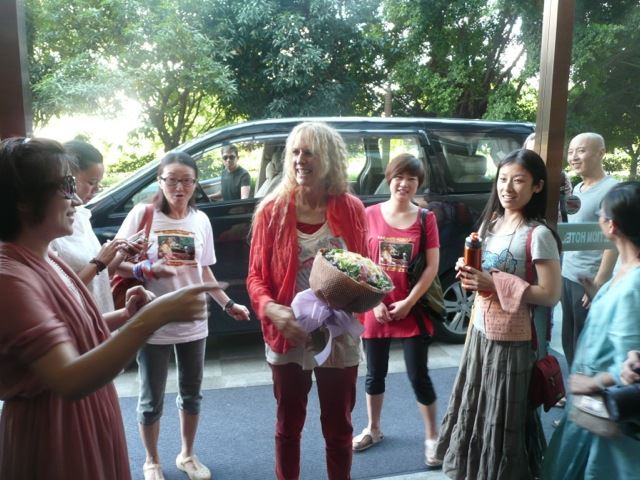 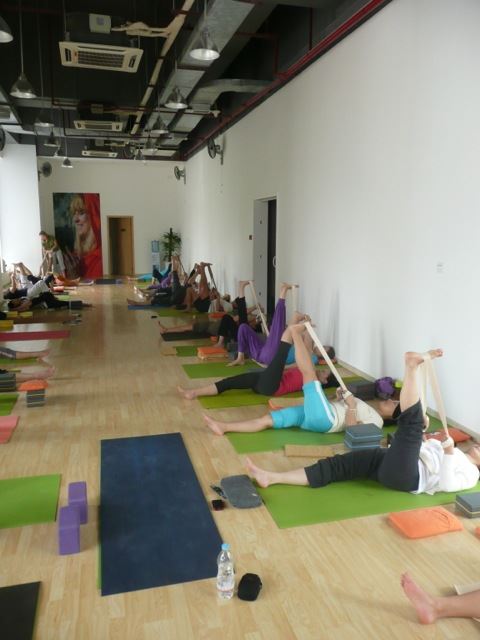 Kaliji offered daily flow classes at the TriYoga center, now in a beautiful and spacious new location. Since its original opening in 2011, China’s first TriYoga Center has hosted daily classes, weekly chanting, weekend workshops and series of teacher trainings with John and Stephanie. 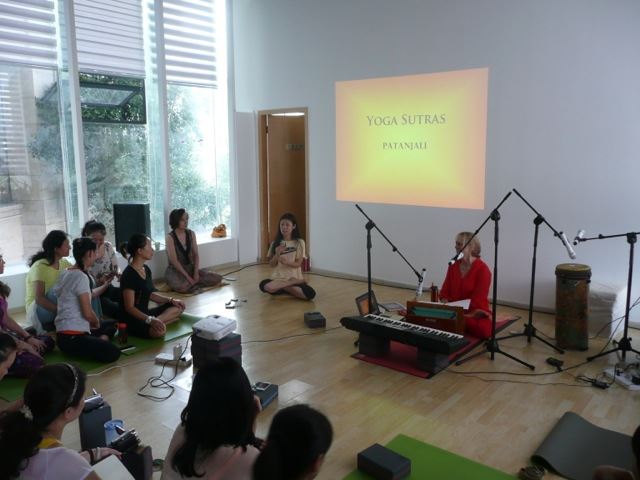 A special feature of Kaliji’s programs was a series of talks on the Patanjali Yoga Sutras and the Bhagavad Gita. Students and teachers were amazed at the new insight and relevance Kaliji brought to these ancient texts. 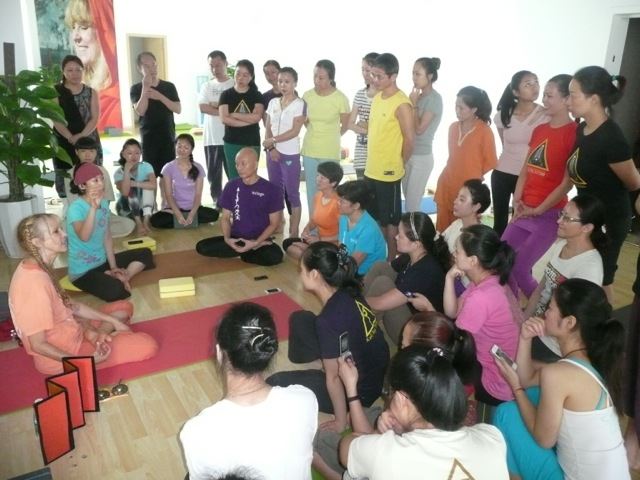 Chinese students love jnana, and use every opportunity to ask questions. 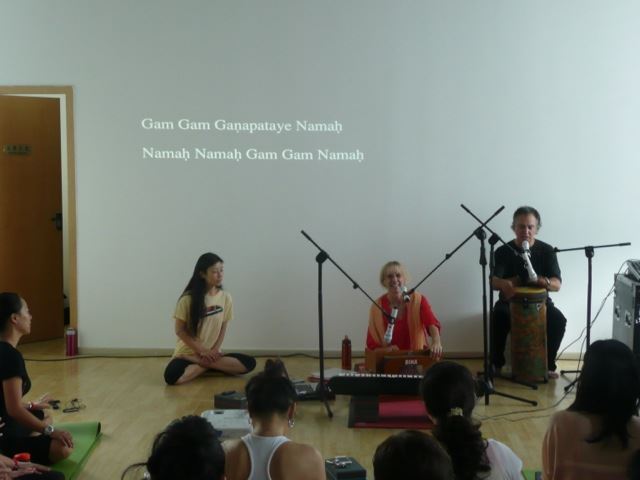 Each day, Mercury Max joined for meditation and chanting. This was Mercury’s first visit to China, and students were so excited to meet the composer of their favorite flow music! 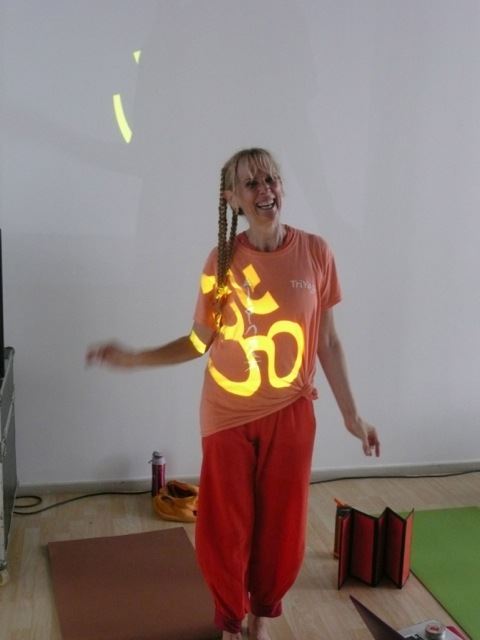 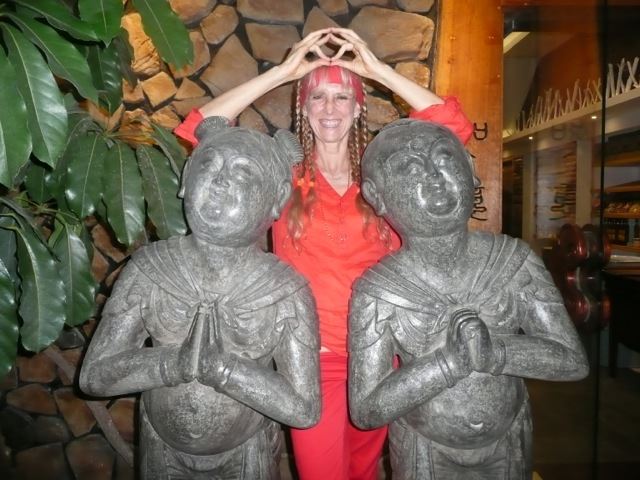 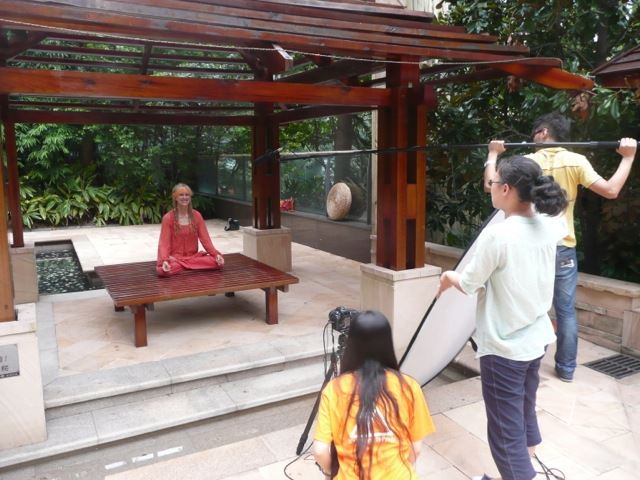 Kaliji also gave access to several media organizations. Kiki, who is certified through Level 3 108s and has just given her first Basics Teacher training, has been working with local filmmakers to release the first TriYoga DVDs in China. Kaliji filmed an introduction. A young boy wandering by became interested in Kaliji and tried to bring his hands into mudra. 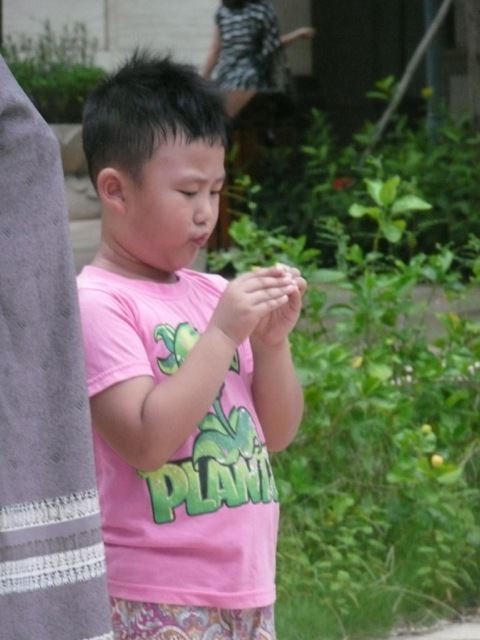 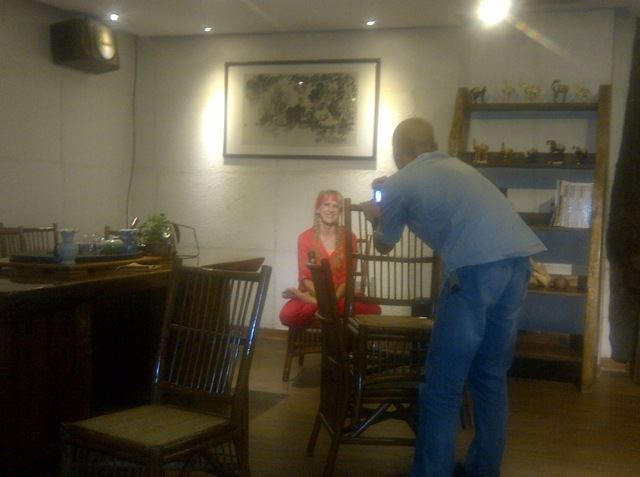 Kiki’s husband, Rocky, works with an international organization to protect the natural environment for wild animals. Here, he interviews Kaliji about the importance of our animal friends. 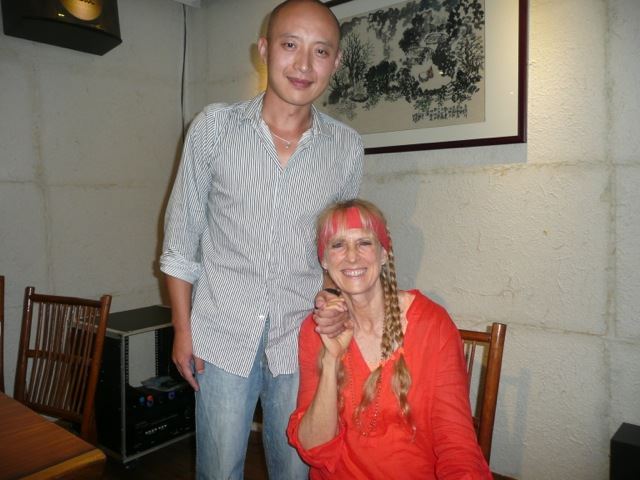 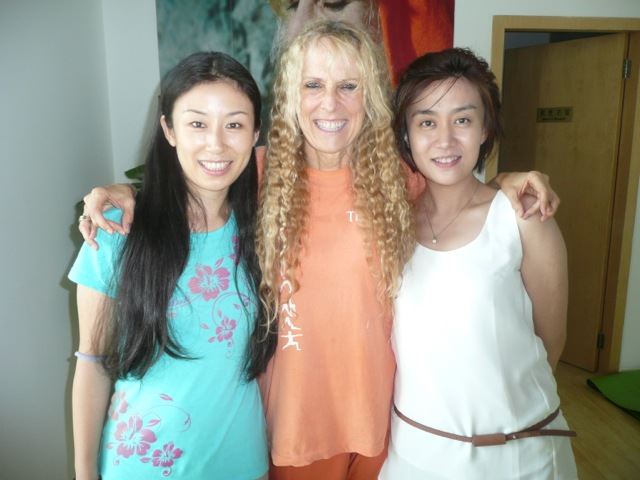 Kaliji with Grace and Kiki, who have hosted Kaliji and TriYoga teachers John and Stef for the past three years. John and Stef will begin a new round of teacher training in Shenzhen in early October.