Kaliji’s China tour began with an interview for Shenzhen TV news. She was interviewed and filmed teaching a class at Lotus Yoga in Shenzhen, which is a city of 12 million people in the southern part of China. Shenzhen TV is the main station in the city, watched by millions. The interview was to let residents know that Kaliji was in the area, and in preparation for the filming of several TriYoga segments that will air on the station over the upcoming months. 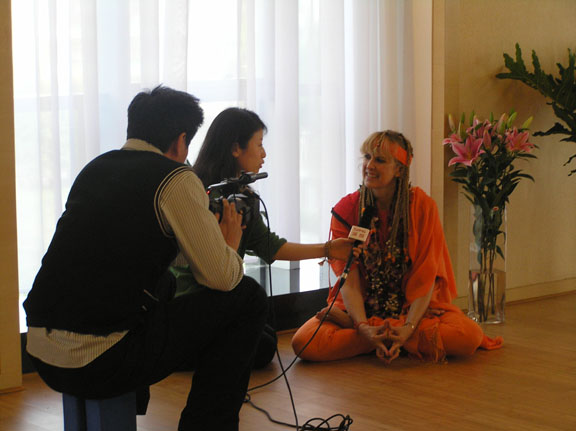 Following the interview, she taught a class to students at Lotus Yoga. This is Kaliji’s third trip to China, and Lotus Yoga has sponsored workshops and teacher trainings each time. 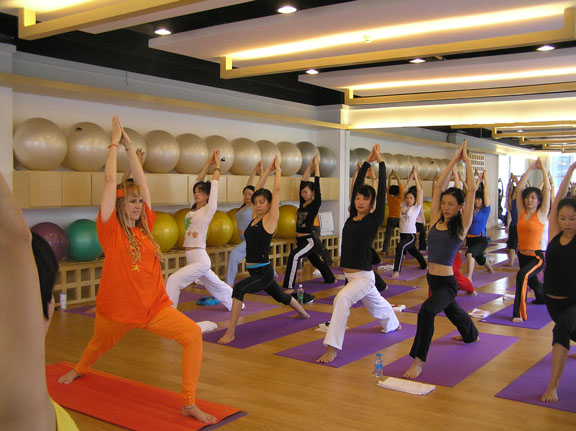 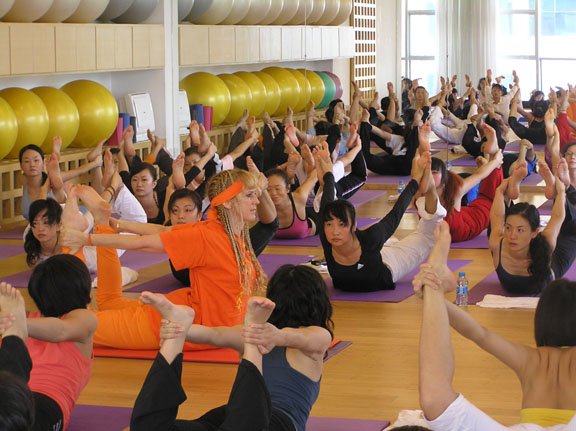 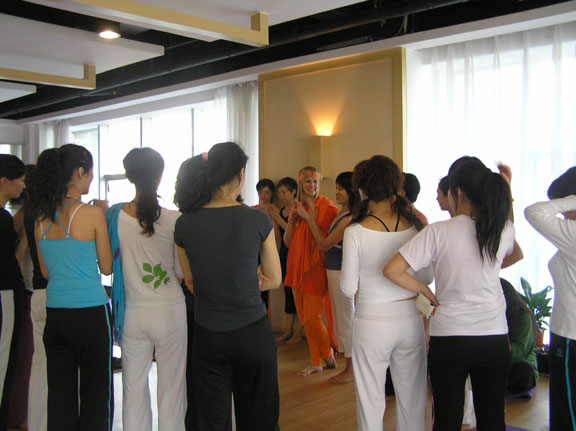 Kaliji with the office staff of Lotus Yoga 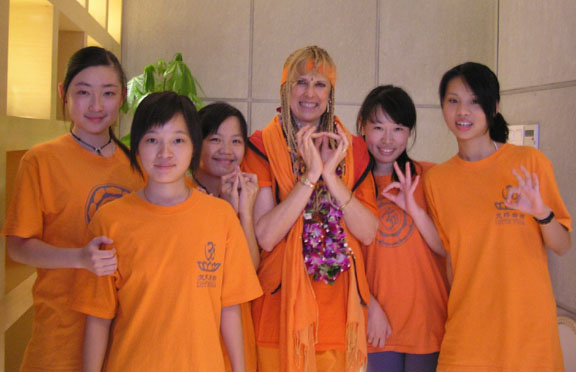 Arthur and Angelo organize Kaliji’s programs in China. Here they show a poster advertising Kaliji’s workshop and teacher training, and a Chinese yoga magazine with an article about Kaliji. 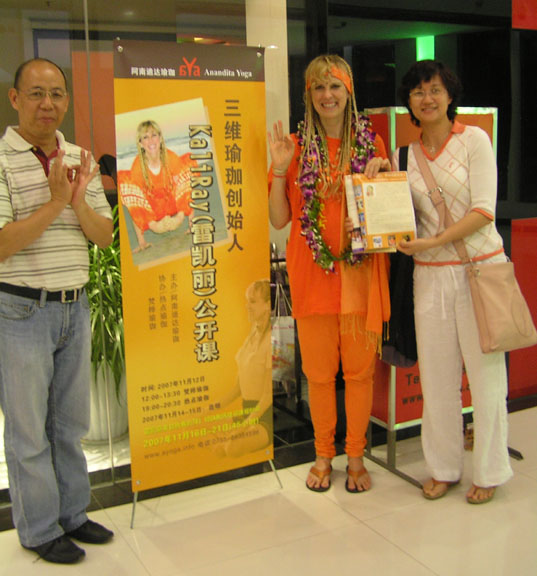