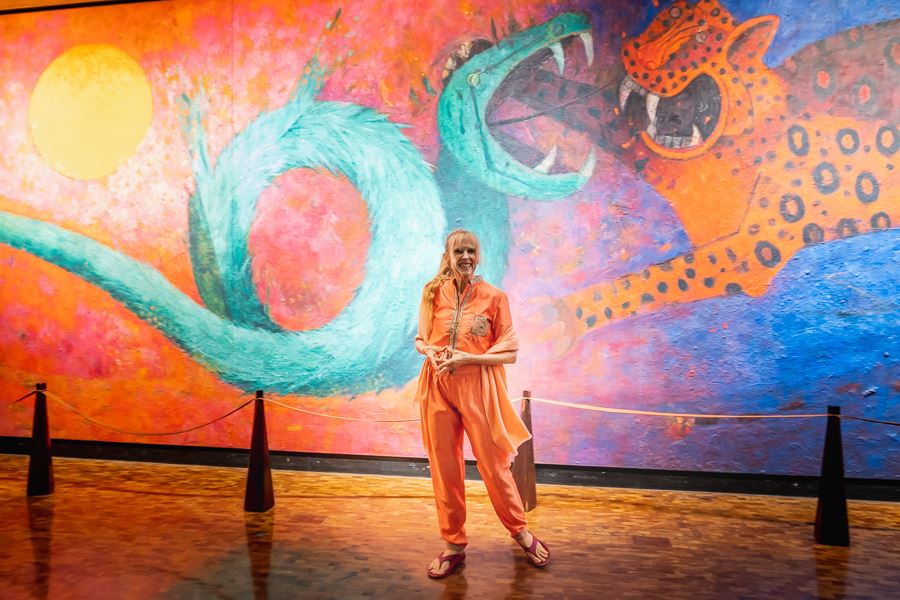 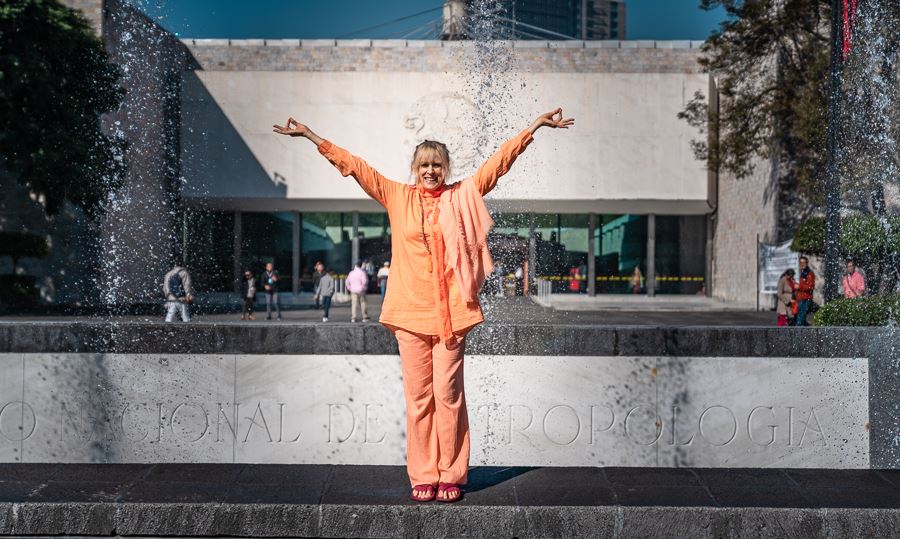 The trip began with sightseeing on November 16. In the morning all enjoyed the tour of the National Museum of Anthropology, which houses four square kilometers of exhibits in 23 exhibition halls and is considered to be one of the most famous archeological museums in the world. It is the largest and most visited museum in Mexico, and has a particular focus in Aztec and other pre-Columbian cultures.
Afternoon sightseeing took place at the Templo Mayor, which translates from Spanish as “Main Temple”. Recent excavations discovered that these ruins are the remnants of the largest temple of the Aztec empire, located at the very heart of their capital. It was constructed in the 14th century, then destroyed in 1521 by the Spanish, who built the famous Metropolitan Cathedral in its place. 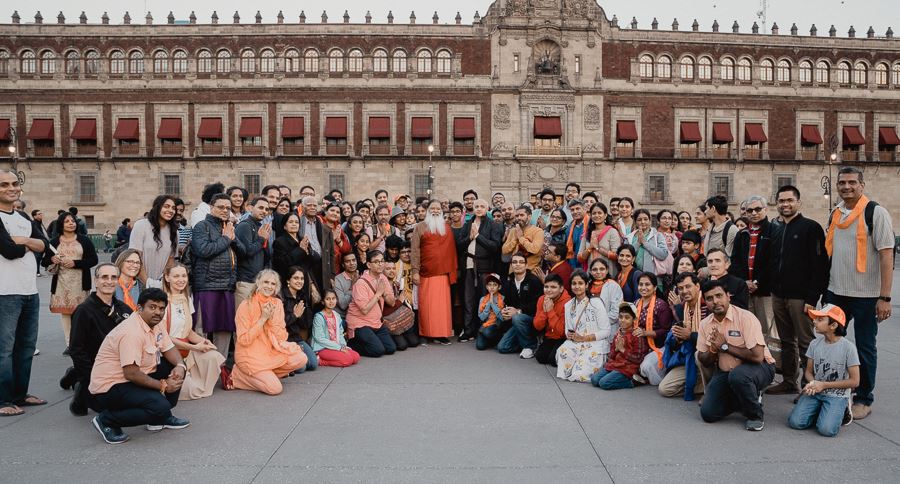 Group photo in front of the National Palace, located in Mexico City’s main plaza, Plaza de la Constitución. The palace holds the federal executive branch of the Mexican government. This site has been a palace since the Aztec empire, and much of the current palace’s building materials are from the original one, dating back to at least the 16th century.

In the afternoon, Kaliji and the TY group took a trip to the 2000-year-old Pyramids of the Sun and Moon in Teotihuacán, located 25 miles outside of Mexico City. Teotihuacán used to be the largest city in pre-Columbian America. The Pyramid of the Sun is the largest pyramid in Western hemisphere, and third largest in the world. It is still a mystery who constructed this architectural wonder and why it was abandoned centuries before the Aztecs discovered it. 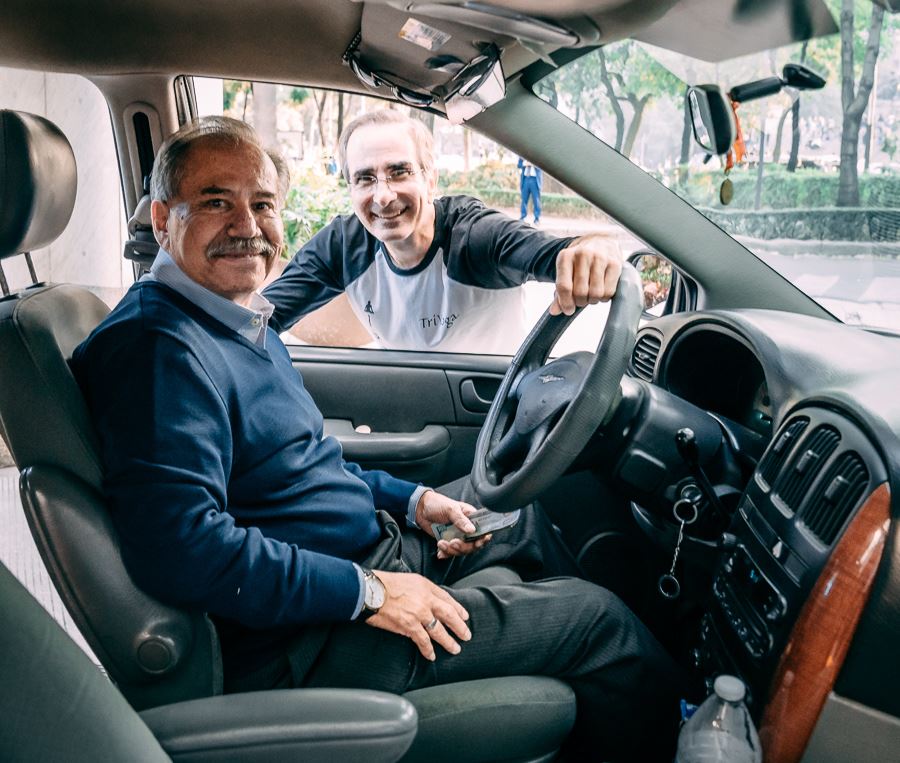 Enrique was a wonderful driver and knowledgeable tour guide for the day.

Sri Swamiji, accompanied by the Celestial Message Troupe, performed the first Music for Meditation and Healing Concert in Mexico on November 17. Sri Swamiji’s first visit to Mexico was in 2001 to learn about Mayan culture and their worship of the Sun God; thus, the concert was named Surya Deva Raga Sagara. Sri Swamiji’s majestic sounds perfectly and uniquely reflected the moon and sun in the music. Enjoy the replay of the concert here: Part 1, Part 2 Darshana with Sri Swamiji took place on the day of departure. Kaliji offered the flower garland. The TY group who joined Kaliji on the trip to Mexico: Hari, Nandi, Priya, Dr. G and Ganga. The vegan movement is flourishing in Mexico City. Its first fully vegan restaurant (Los Loosers) opened back in 2011. Today the city offers a wide range of vegan cafes and restaurants, with food quality in line with world famous chefs. Kaliji enjoyed meals at: Forever Vegano (both locations), Narciso Vegano, and Los Loosers.
triyoga2018-12-24T20:55:25-08:00