While in India in December & January, Kaliji was interviewed by many newspaper and television reporters, and was often featured in the media. Another article about Kaliji appeared on Feb. 10 in Vijay Karnataka, in which Kaliji was called “Great India’s Cultural Ambassador”. Vijay Karnataka is the largest Kannada newspaper in India, with over a million subscribers. 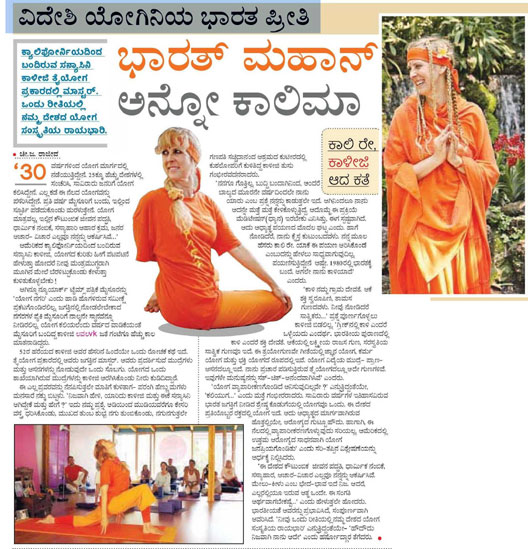 See PDFs of the article here, the front page of the newspaper here, and the inside page here.