TriYoga with Kaliji in Moscow, Russia

After programs in Munich, Yogini Kaliji completed her tour with a three-day visit to Moscow. Held at Prana Yoga Studio (Timiryazevskaya location), over 100 students attended sessions with Kaliji. Outstanding organizer Uliana created a wonderful plan that made full use of Kaliji’s time in Moscow and maximized the number of students who could spend time with Kaliji.

As Kaliji entered for the first class she was greeted with a standing ovation, many with tears in their eyes.

Each day featured a full program of Yogaflow, Jnana Flow, and Nada Yoga with Kaliji. 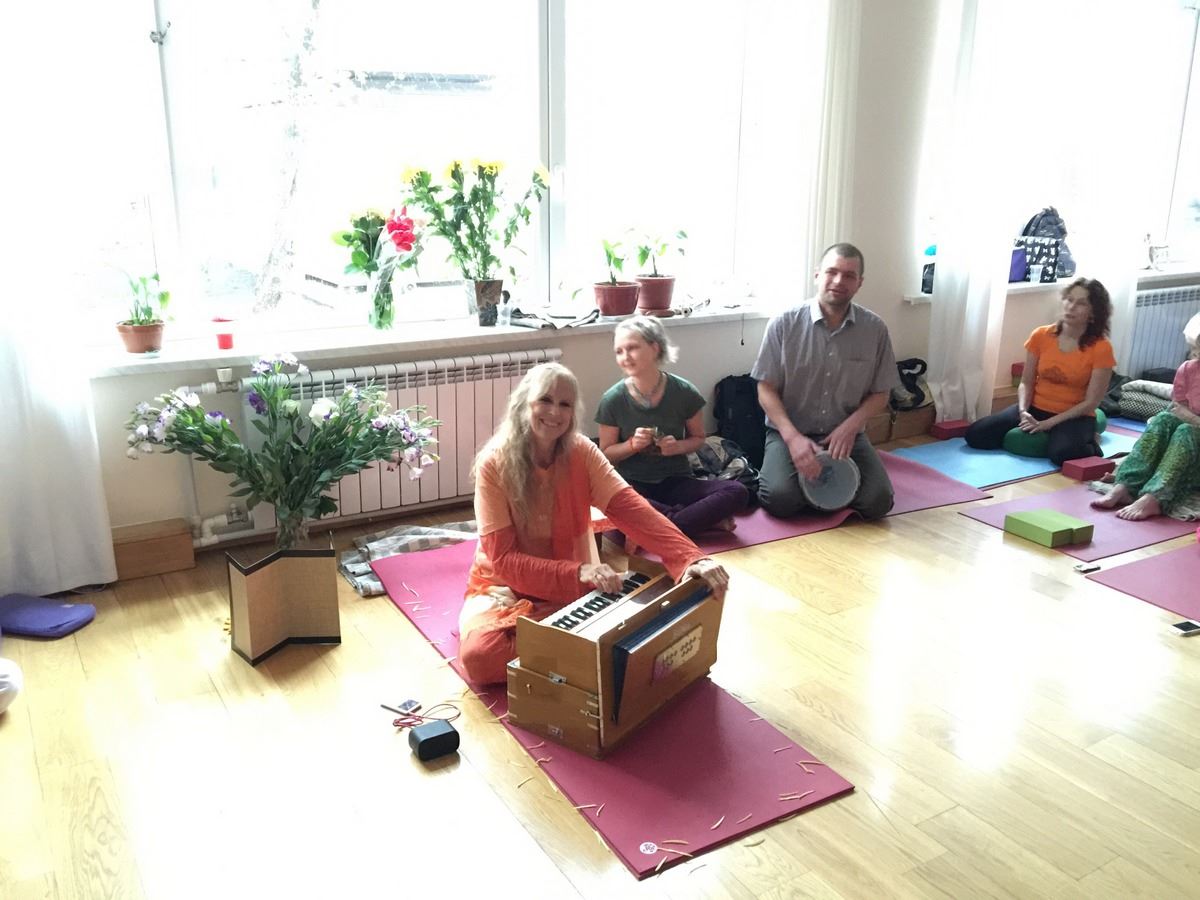 Yogini Kaliji accompanied by Ganga on bells and Alexey on percussion. Ganga translated all of Kaliji’s programs.

Alexey, jumping with energy and joy after drumming and attending the flow class.

Shanti, TriYoga Teacher and director of TriYoga Center Nevinnomyssk, always creates something new for Kaliji’s visits. This time her releases included t-shirts, TriYoga booklets in Russian, and a beautiful card in honor of Kaliji’s recent birthday.

After the evening program, Uliana organized vegan meals in the Prana cafe for Kaliji and different groups of students. The first dinner was with the group from TriYoga Center Brovary, Ukraine, who traveled to Moscow despite the current unrest between the countries and also managed to bring gifts for Kaliji and an amazing vegan cake! A gift of flowered hair clips came from a TriYoga student in Ukraine who is confined to a wheelchair, yet one of the happiest people the Brovary group has known. She created these gifts especially for Kaliji.

There was also a dinner for the many students and teachers who traveled from across Russia and internationally to attend. Each attendee introduced themselves and talked about where they were from and about TriYoga in their hometown. Some knew Kaliji from early 1990s, while for others it was their first meeting. A few shared that they saw the announcement for the programs in Moscow and immediately felt they must attend, yet it seemed impossible. Ultimately, they were able to overcome adversity and the trip to Moscow became possible through the flow. All felt deeply connected to TriYoga and Yogini Kaliji.

Uliana organized two interviews with Kaliji, one with the Moscow Times and the other for an upcoming online vegan magazine.

Kaliji was very happy to be interviewed about plant-based diet, especially in Russia where she has visited many times since the early 90’s. The interviewer was fascinated by the clarity, compassion, and sweet directness in Kaliji’s responses. The vegan interview is now available at Vegetarian.ru.

After each class, happy students formed a circle around Kaliji and took their turns to greet, hug, take a photo, ask a question, and just to be with her. 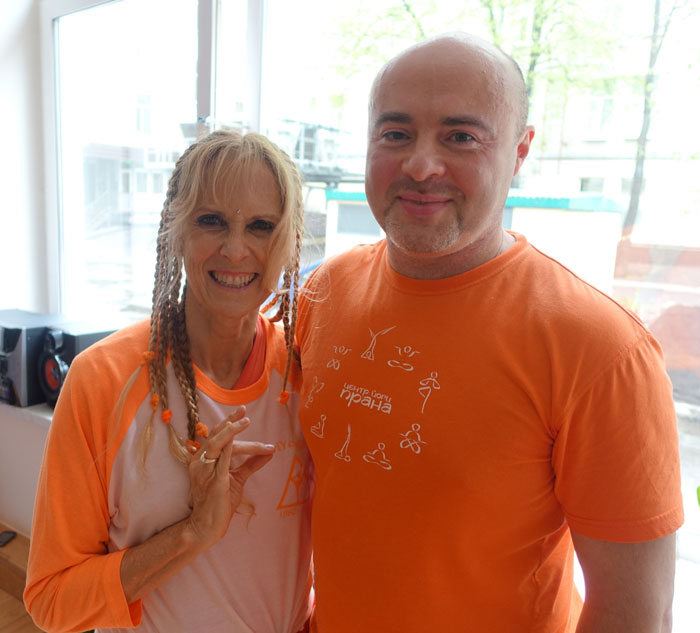 Yogini Kaliji with Michael (Misha), president and owner of Prana Yoga. Through coordination with Uliana, the studio has been a great home for TriYoga over the past two years. In addition to Kaliji’s program this year, John and Santoshi have held three teacher trainings at the same location. 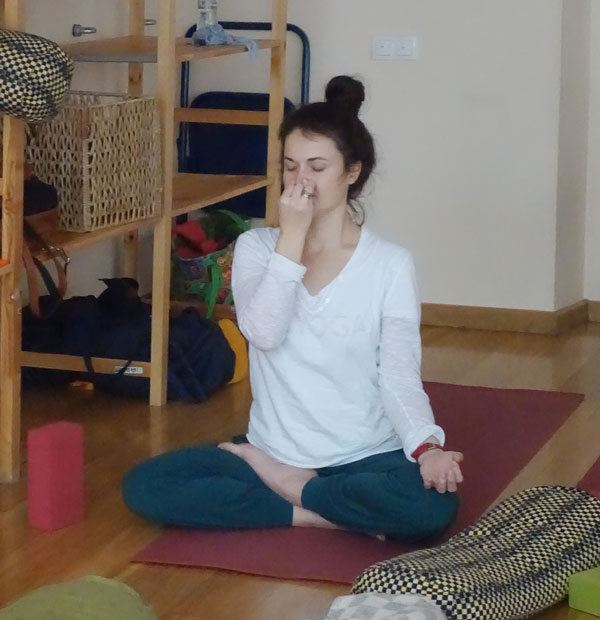 Great thanks to Uliana for making this great event possible! Thanks to her organization, Kaliji’s last two visits have had over 100 attendees and there are ongoing teacher trainings in Moscow.

Shaktidas was the very first to bring Kaliji to Russia, organized many following workshops and established TY community in Moscow.

A long term TY friend, student and teacher Ananda celebrated her birthday on May 2. Kaliji led a Happy Birthday song for her.

Moscow TriYoga Teacher Anya helped with transport from the airport. After Kaliji’s talk on plant-based diet and compassion for animals, Anya shared with Kaliji her transition to a vegan diet and presented Kaliji with a beautiful tray for holding jewelry. This was a wonderful flow, as Kaliji had recently been speaking of her wish for just this item!

Julia’s family is one of three generations: her mother, herself and her son Alexander—all practice TriYoga and love Kaliji. Alexander greeted all with ‘Jaya Guru Devi’. Julia also shared that he has Kaliji’s photo near his most treasured trucks!

Kaliji’s lovely park-hotel featured a beautiful nature view, including a family of swans. One morning Kaliji watched the swan carefully and gracefully build his bed for the evening

Kaliji is always surrounded by flowers in Russia! After the Sunday class Kaliji and Ganga continued to Barnaul, Siberia.