During their current stay in Taiwan, John and Stephanie traveled to Taipei to meet with Julia,
general secretary of OKIDO Yoga. OKIDO Yoga has many schools throughout Taiwan, and has organized all of Kaliji’s visits to Taiwan. 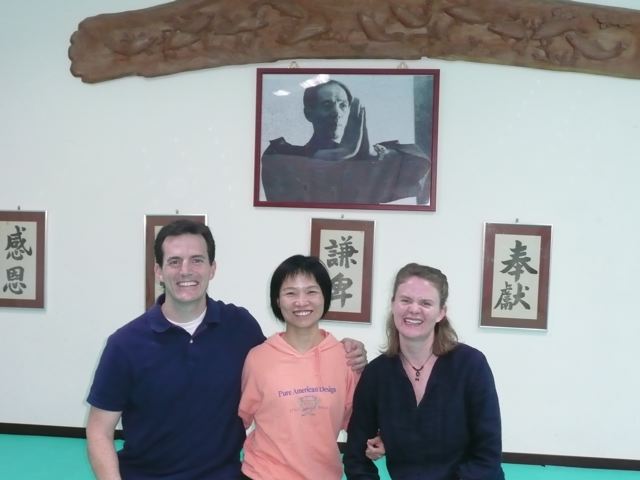 With Julia in one of the OKIDO studios. Founder Mr. Oki is pictured above. 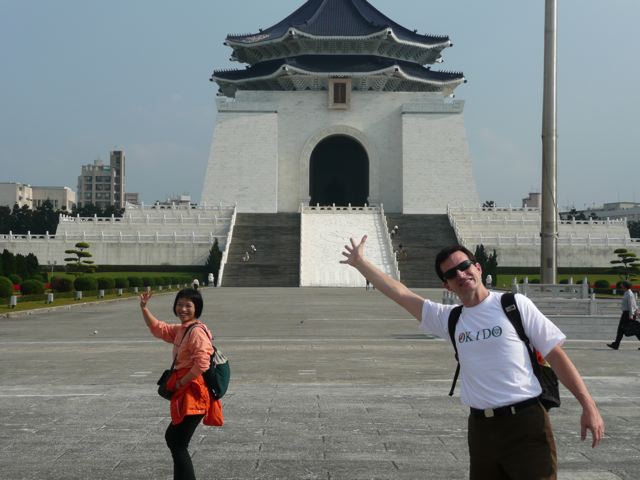 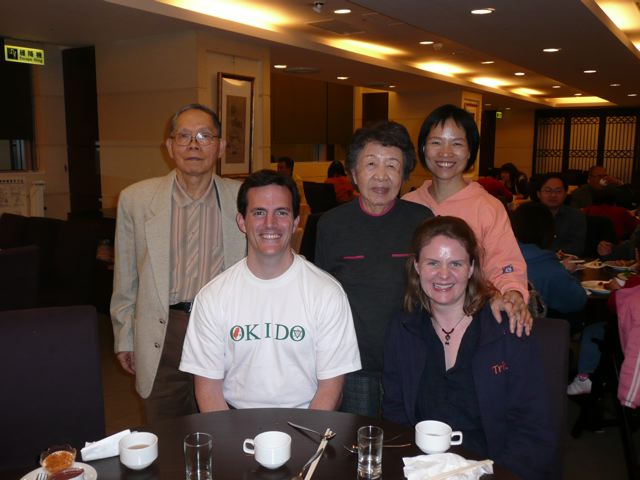 At dinner with Mrs. Pai. Mr. Lin, and Julia. Mrs. Pai was the founder of OKIDO Yoga in Taiwan, after studying with Mr. Oki in Japan. Kaliji calls Mr. and Mrs. Pai her Taiwanese mother and father. Mr. Lin is a past president of OKIDO Yoga, and is still very involved with the organization.