John and Stephanie completed their current China trip with a weekend of three workshops at UYoga in Shenzhen.
The programs were organized by TriYoga teacher/translator Kiki and studio owner Grace.
Over 50 enthusiastic students attended the workshops. 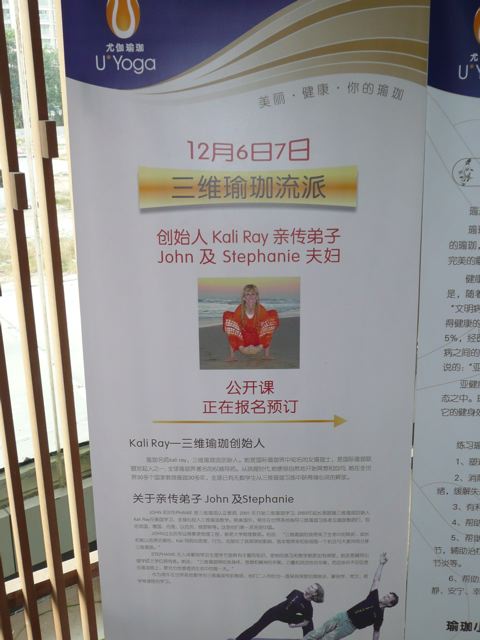 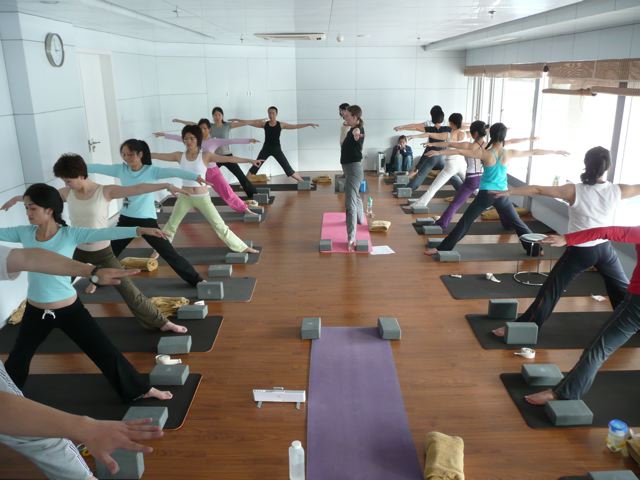 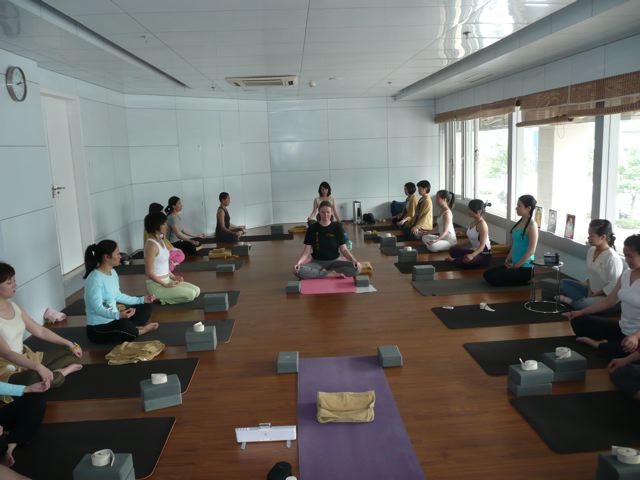 Scenes from their classes 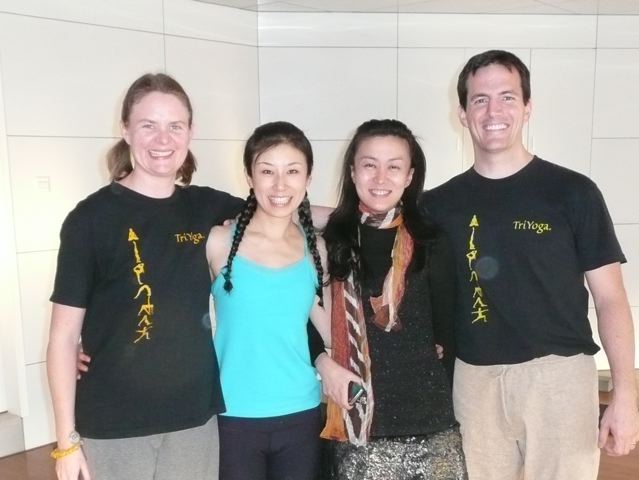 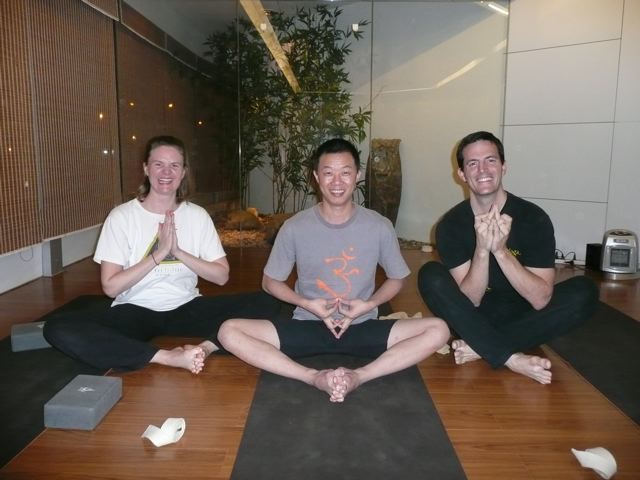 With TriYoga student Govinda. Govinda was very inspired by Kaliji during Kaliji’s previous China visit,
and was very happy to study TriYoga with John and Stephanie! 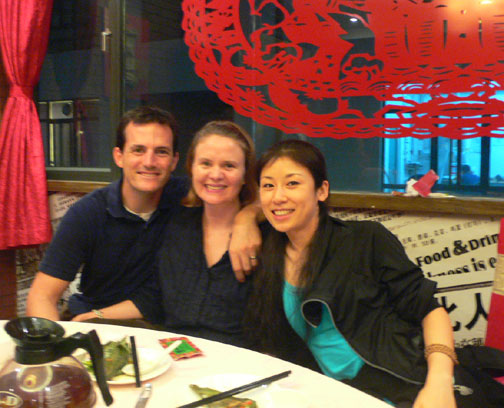 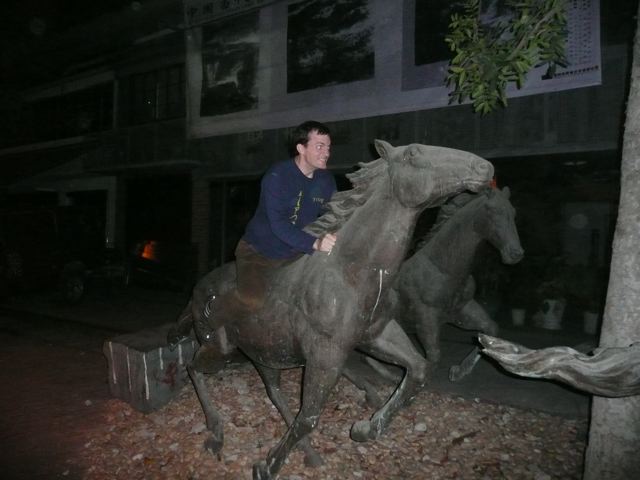 John riding a horse through the streets of Shenzhen, 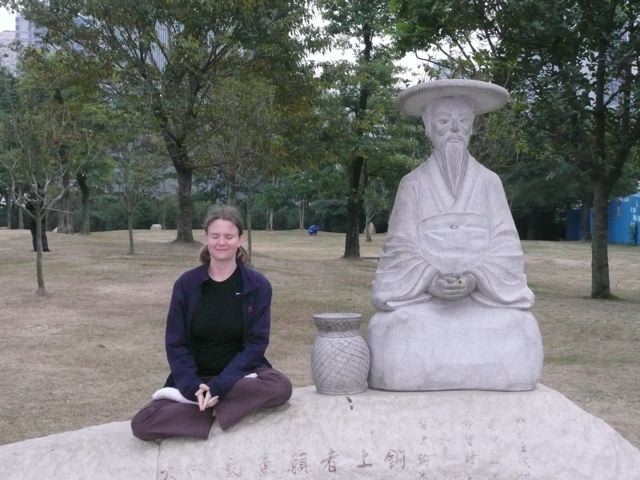 and Stephanie with her new friend in the park. 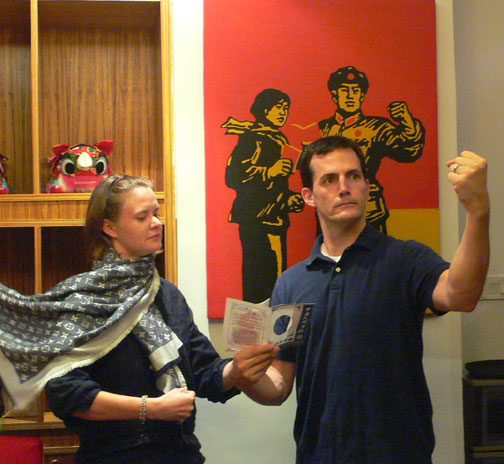 All together in China, John and Stephanie taught 63.5 hours to 372 students.