In Berlin with Mercury

While Kaliji, along with John, Stephanie and Nandi, continues the tour in Moscow, Mercury has gone to Berlin with Eva-Maria and Mitradeva. 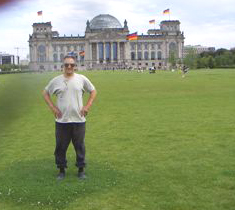 Mercury in front of the Reichstag, which houses the German Parliament. 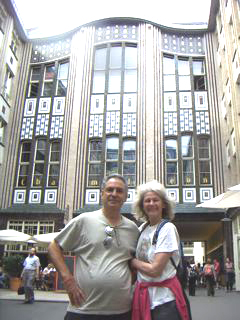 Mercury and Eva-Maria at the Hackesche HÃ¶fe, an area of restaurants, galleries, cinemas and boutiques.

Mitradeva and Mercury at the Potsdamer Platz
This public square is named after the city of Potsdam, some 25 km to the southwest,
and marks the point where the old road from Potsdam passed through the city wall
of Berlin at the Potsdam Gate. 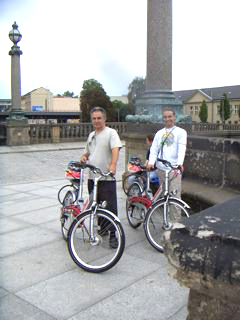 Mercury and Mitradeva on one of the bridges of the Museumsinsel near the Bode Museum. 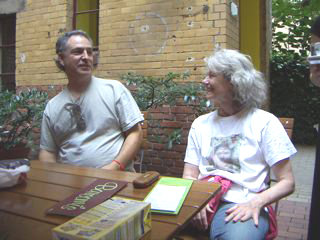 Mercury and Eva-Maria taking a break at Barcomi’s 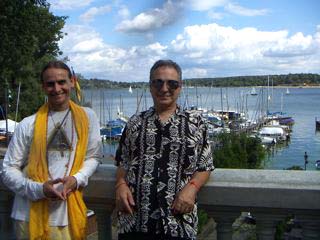 On their way to Potsdam, Mercury, Mitradeva and Eva-Maria stopped at the Wannsee. 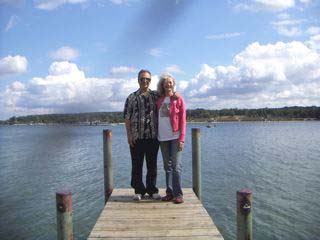 The Wannsee is the number-one bathing and recreation spot in Western Berlin. 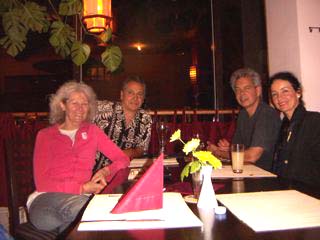 Dinner at Samadhi Vegetarian restaurant. Mercury with, from left, TriYoga teachers Eva-Maria, Keith and Urvasi, all from Berlin. Mitradeva took the photo. 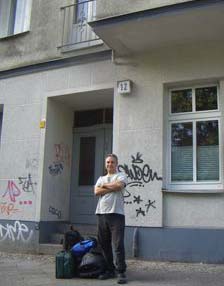 Mercury waiting for Mitradeva outside of the building where Eva-Maria lives. 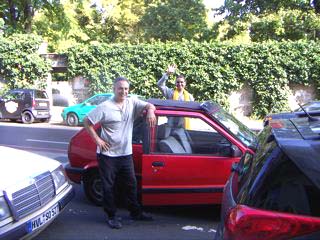 Mercury and Mitradeva depart to meet Kaliji, John, Stephanie and Nandi in Dusseldorf.