After teaching in Russia, Kaliji traveled to Germany, first to Dusseldorf and then to Bad Meinberg. 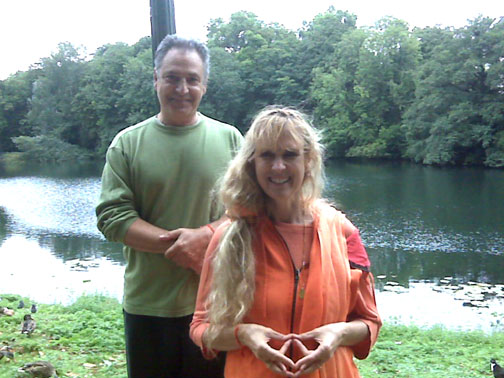 At the Dusseldorf River 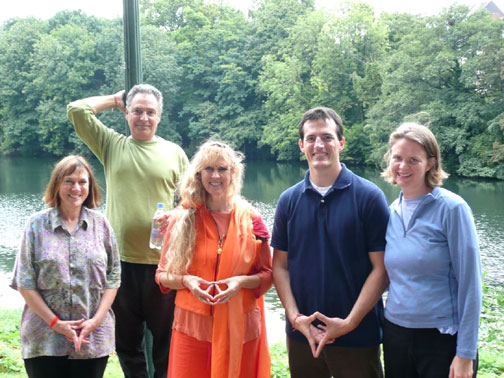 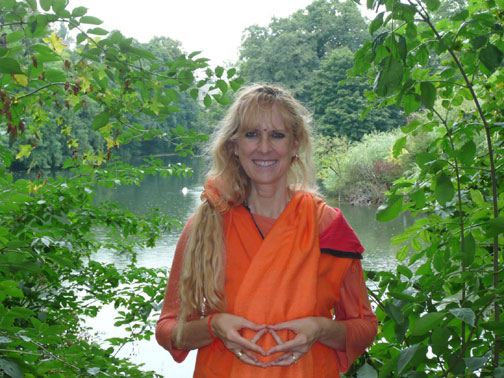 and a park in Dusseldorf 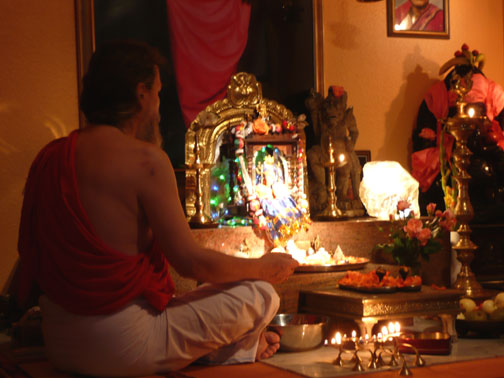 While in Dusseldorf, Kaliji attended the Datta satsang, which includes a puja by priest Janardhana each Thursday evening. 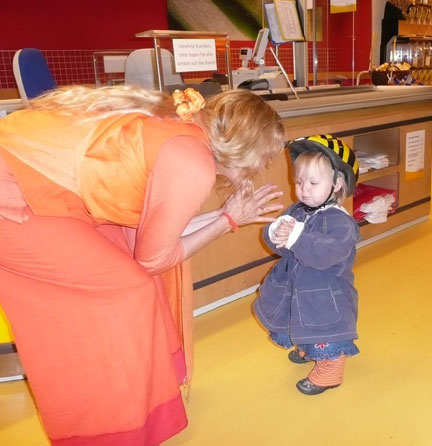 From there, Kaliji went to Bad Meinberg to offer a 7-day retreat. 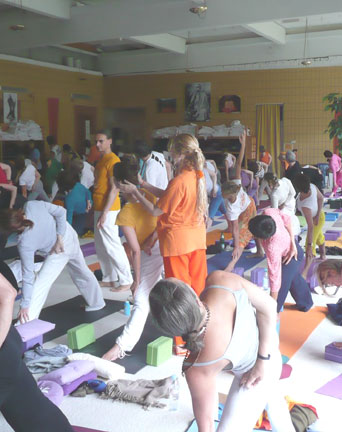 Each day, there were 2 sessions of flows and Prana Vidya, followed by chanting, Q&A and philosophy in the evening.
The weekend sessions were Basics/Level 1, and the weekday programs included upper levels. All classes were filled
to capacity. 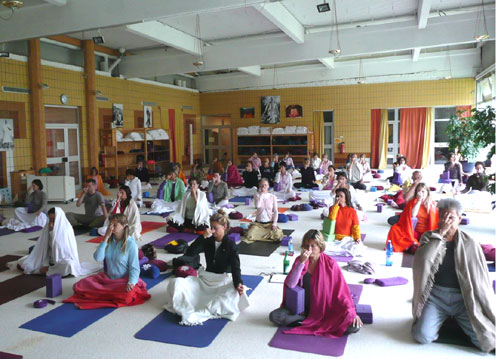 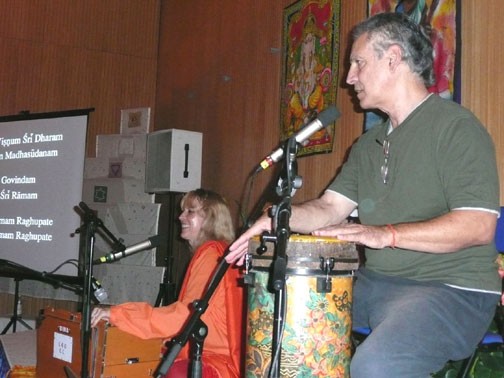 All enjoyed chanting with Kaliji and Mercury. 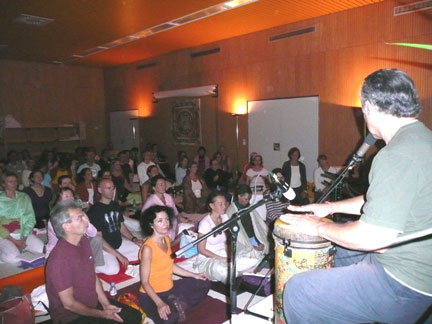 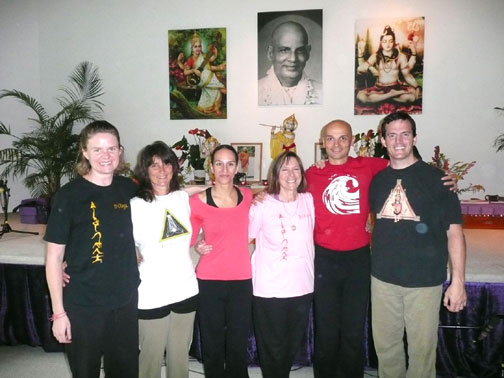 Assisting at the sessions were Stephanie, Johanna, Tanya, Nandi, Peter and
John. Stephanie, John and Nandi assisted at the upper level sessions. 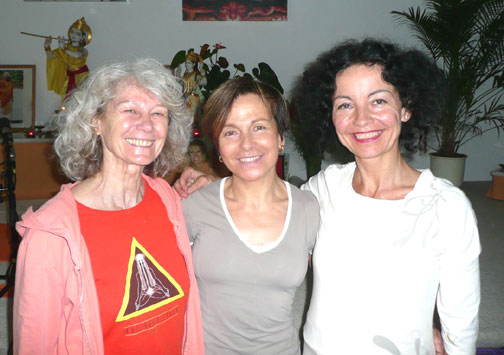 From left, Eva-Maria, Roselyne and Urvasi, who demonstrated for the programs.
Eva-Maria and Urvasi also translated, and Roselyne coordinated the whole retreat. 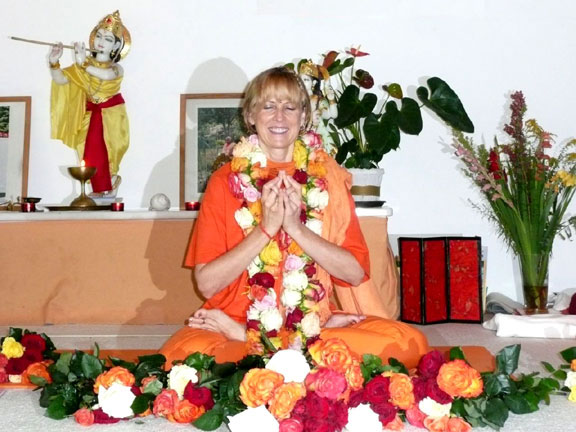 On the last day, Kaliji was presented with a beautiful flower mala and all the
assistants were given roses. 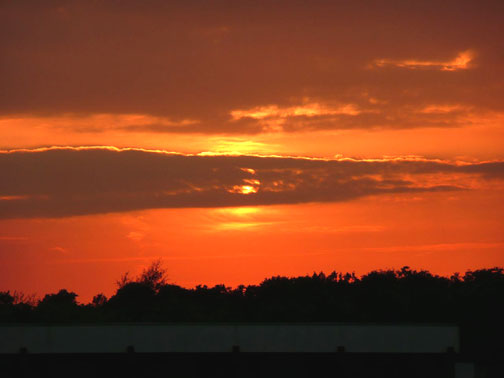