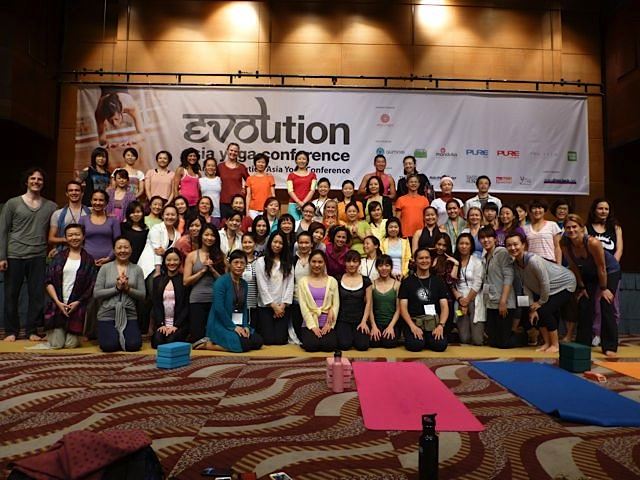 Kaliji’s recent trip to China was a great success, visiting the growing TriYoga Community. There are now over 200 teachers in China, in almost all regions of China, and teacher trainings taking place in 3 different cities. 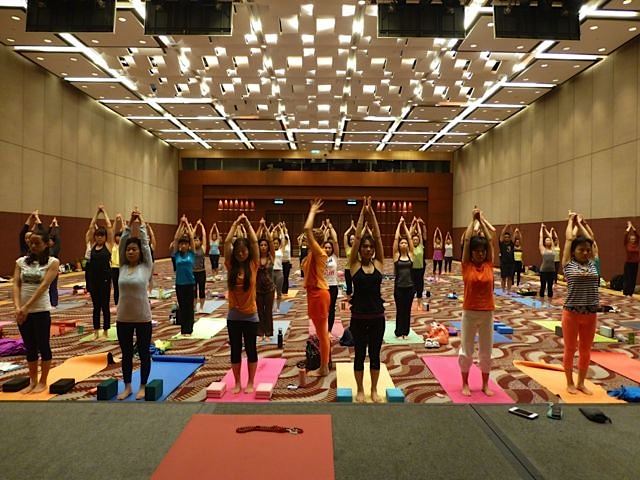 For the third year in a row, Kaliji was a presenter at the Asia Yoga Conference held over four days at the Hong Kong Convention Center. Two of Kaliji’s sessions – held in the largest ballroom–had been fully booked over one month in advance of the conference, and the organizers noted the growing presence of TriYoga each year. 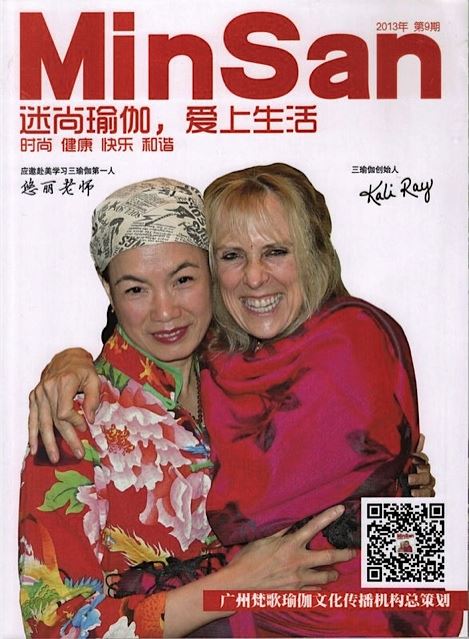 Kaliji was featured in a magazine with Dalian TriYoga teacher YoLi. The magazine has a distribution of over 20,000! 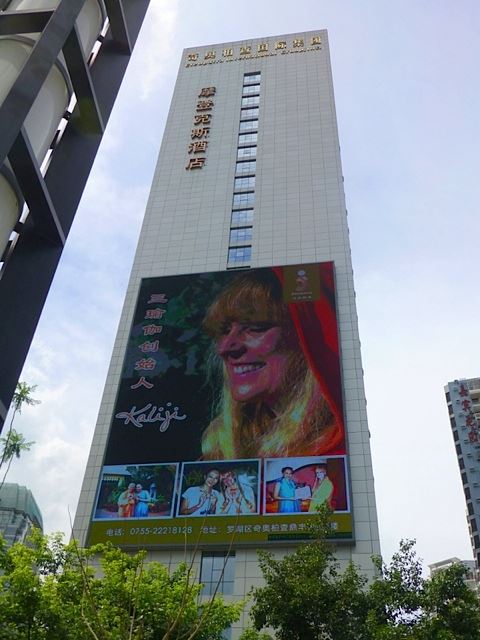 Her visit was announced on a giant LCD billboard… 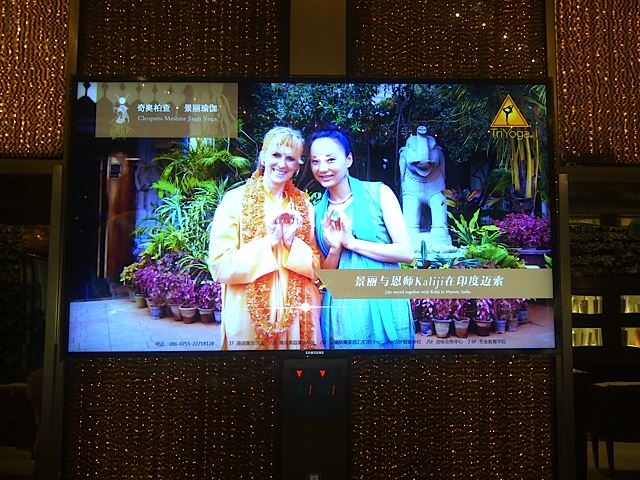 As well as on a video screen at the elevators. 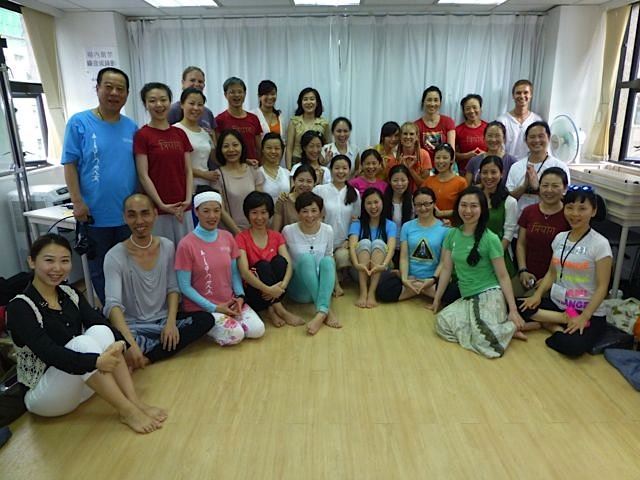 After class one day, local teacher Ken organized a delicious vegan lunch at a private vegetarian restaurant, and a place for students and teachers to gather to discuss the future growth of TriYoga throughout China. There are now growing groups in Shenzhen and Guangzhou in the south, Beijing and Dalian in the north, and in Lanzhou, in the far west. 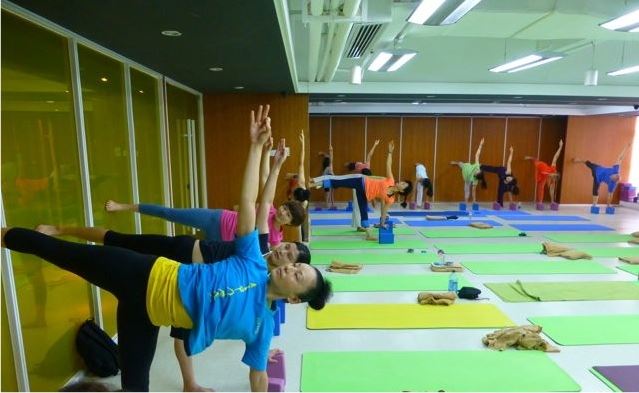 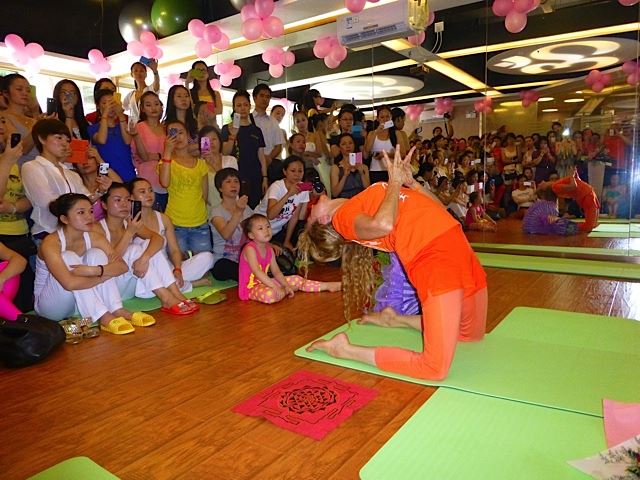 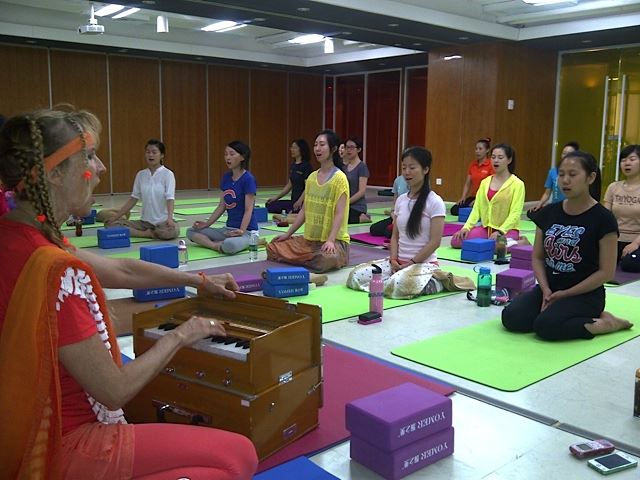 Kaliji was able to share the systematic flow with students new to TriYoga, to demonstrate the beauty of TriYoga prasara, and to share the peaceful joy of nada yoga. 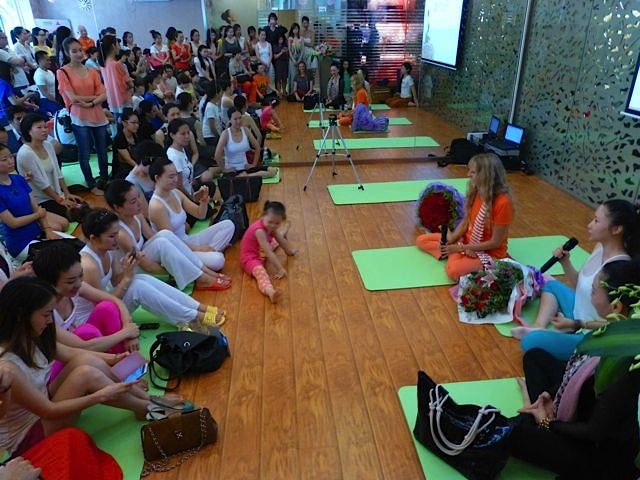 She inspired many in the audience, including this little girl who was in a posture that Kaliji used to call “Chinese splits” when she was a girl. 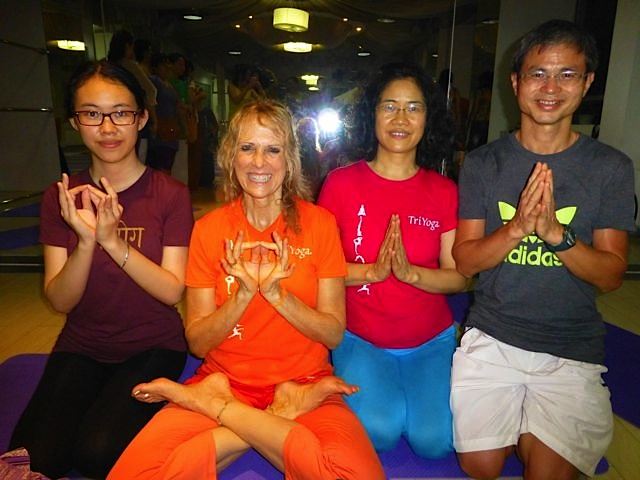 This dedicated TriYoga family includes a father who uses all his vacation time each year to attend workshops and teacher trainings, a mother who takes regular classes and deepens her own understanding, and a daughter who looks forward to being a TriYoga teacher one day. 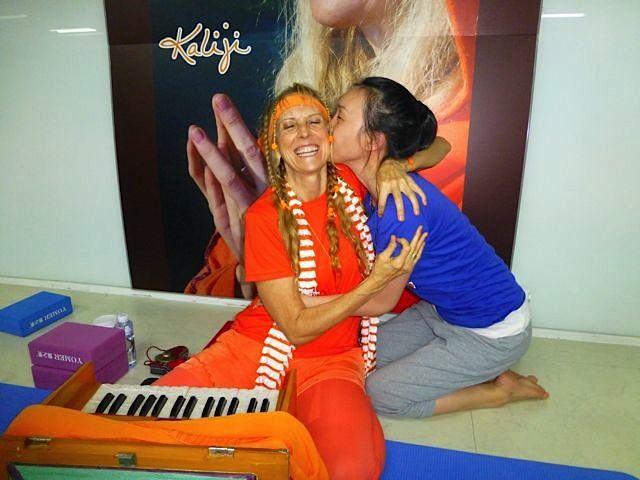 Students expressed their love of Kaliji in many different ways. 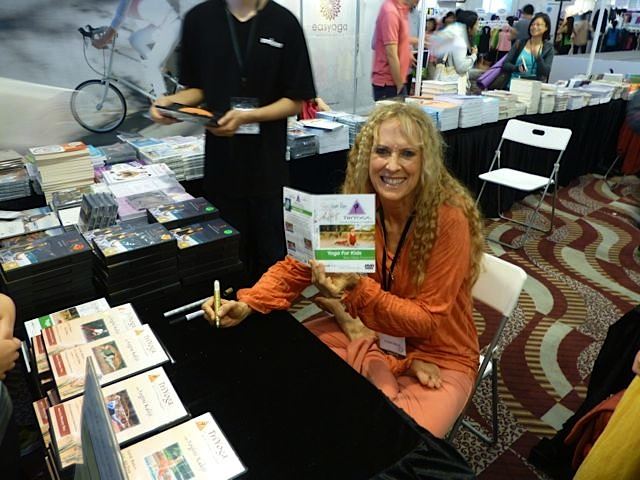 And Kaliji was invited to sign DVDs at the Yoga conference bookstore. 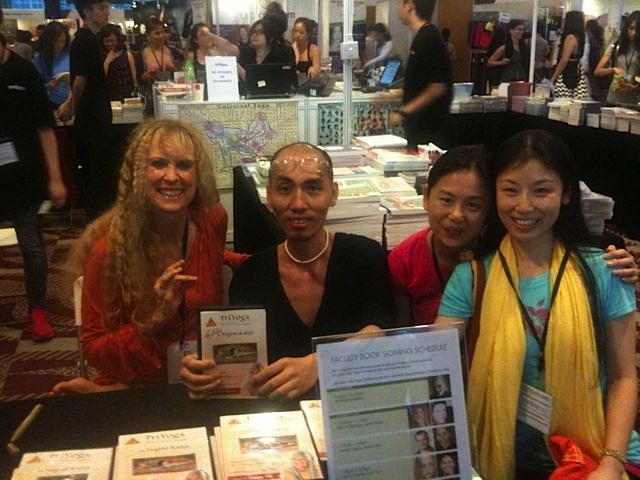 Here, Kaliji meets with Micro, who organized her first conference in Guangzhou in 2007, Ivy, also from Guangzhou who just completed the Basics Teacher training, and translator and teacher Kiki. 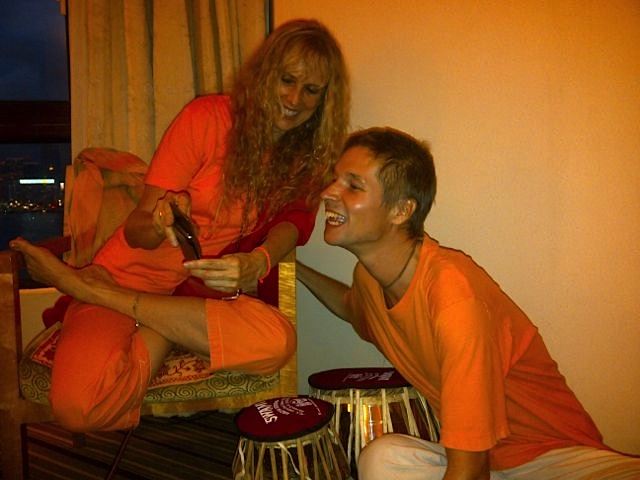 Anjaneya, originally from Moscow, traveled from Cambodia to see Kaliji in Hong Kong. 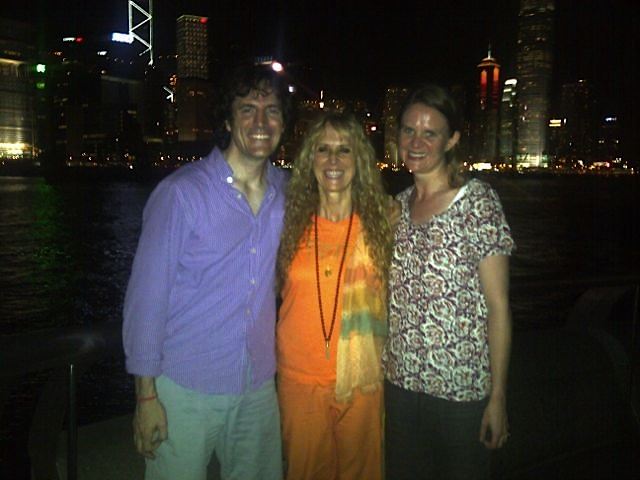 John and Stef were thrilled to spend their 9th wedding anniversary with Kaliji! 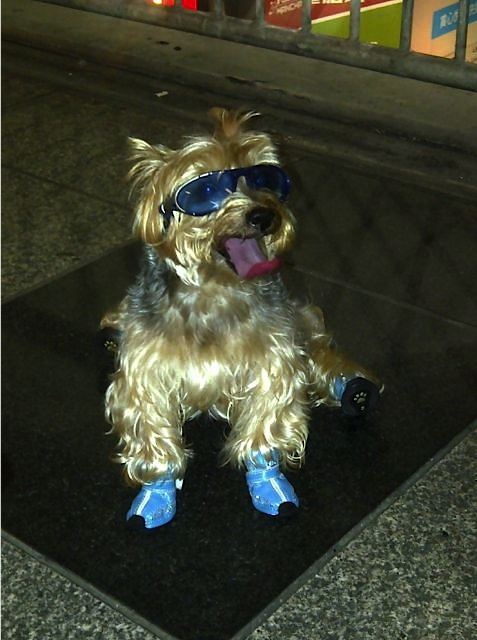 And, of course, Kaliji made time to make a new animal friend– his name is “Win-Win” and he shares a smile with everyone he meets!