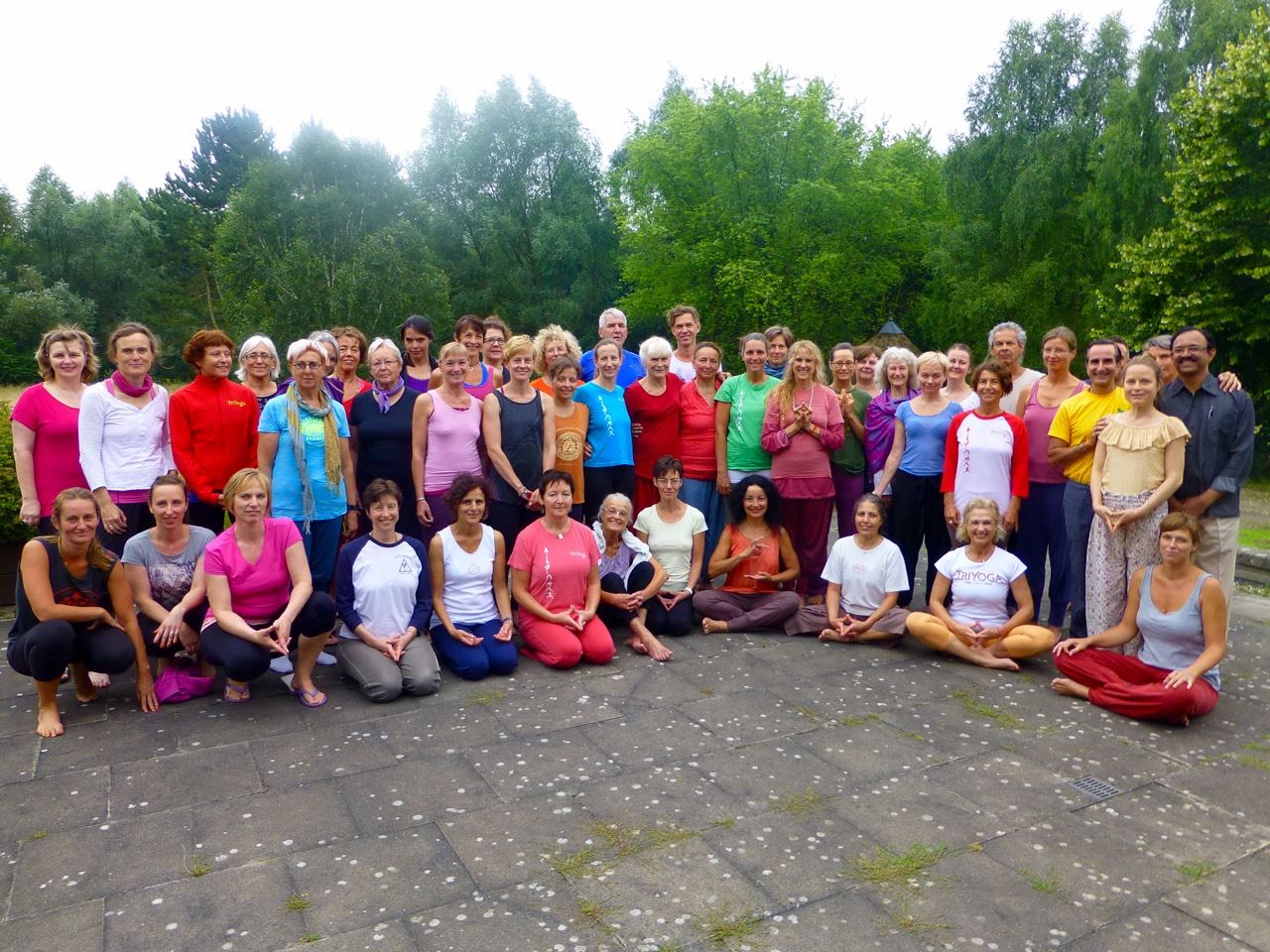 The second stop on Yogini Kaliji’s Europe tour was the annual retreat at Yoga Vidya in Bad Meinberg, Germany, perfectly organized by TriYoga teacher trainer and TriYoga Center director Roselyne Colin. The retreat has become a mainstay on the calendar for many TriYogi’s who look forward to the 7-day immersion into TriYoga sadhana, jnana, and music.

This year was especially noteworthy for the outstanding evening music program, featuring the debut of Chant Club’s new linuep with Yogini Kaliji on vocals and harmonium, Mercury Max on vocals and percussion, maestro Prasann Salkar on tabla, and bona fide rock star (and Level 1 TriYoga teacher) Bernie Beibl on guitar. The full band played together on the final three nights, delivering inspired and beautiful performances that highlighted the amazing talents of each musician.

As word spread throughout Yoga Vidya about the amazing Chant Club sets, attendance grew each evening. For the final performance there were over 100 in the audience, and Yoga Vidya founder Sukadev enjoyed the show from his seat on the stage. Chant Club brought most of the audience to their feet, with the dancing overflowing onto the patio in the cool evening air.

Each morning began with Prana Vidya followed by Yogaflow, and the afternoon sessions included Yogaflow, Jnana Flow with Kaliji, and presentations by Dr. G on medical research into yoga.