Kaliji’s 5-country Europe tour started with a visit to the crop circles in the English county of Wiltshire. Kaliji and the TY group stayed in an old small market town and civil parish called Devizes. The Castle Devizes (where they stayed) was built in 1080 by Osmund, Bishop of Salisbury and the town started to develop around the castle.

Wiltshire is also well-known (together with Oxfordshire and Hampshire) as a place where crop circles regularly appear. Crop circles are geometric patterns which are mysteriously formed in the crop fields. The first appearance of the crop circles in the south of England was in 1971. 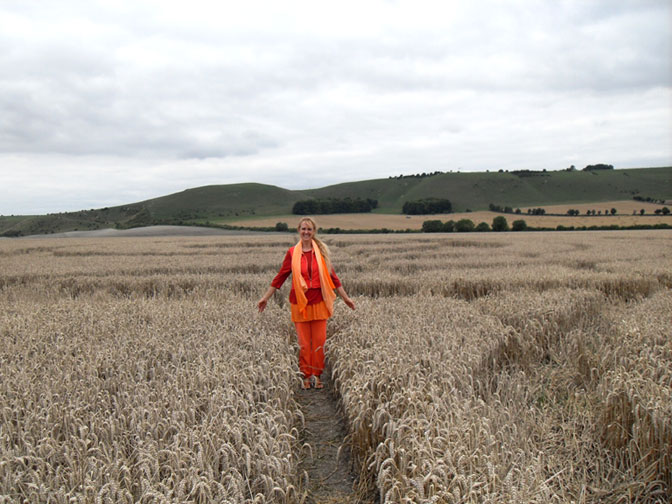 Visit to the first crop circle in Wiltshire, a very peaceful area. Some time after the circle arrived, the formation received new elements around the circle in the shape of wings, similar to a famous Egyptian ornamental pattern – wings around the sun. 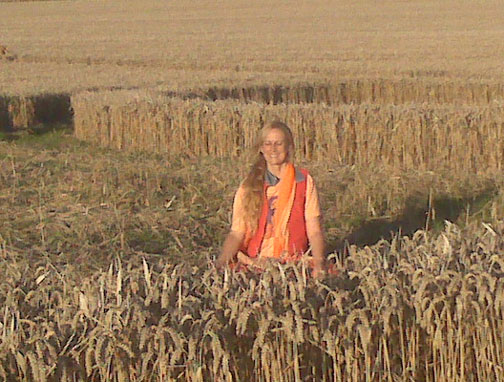 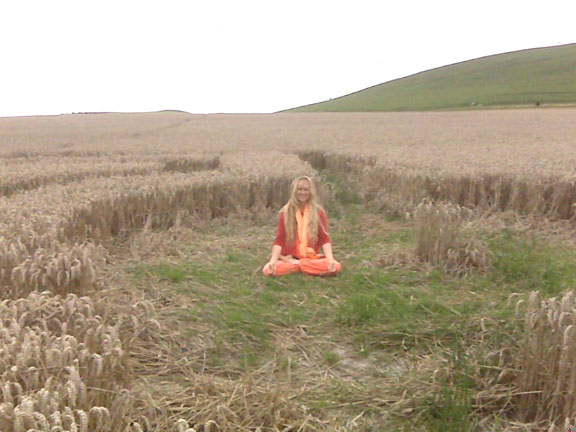 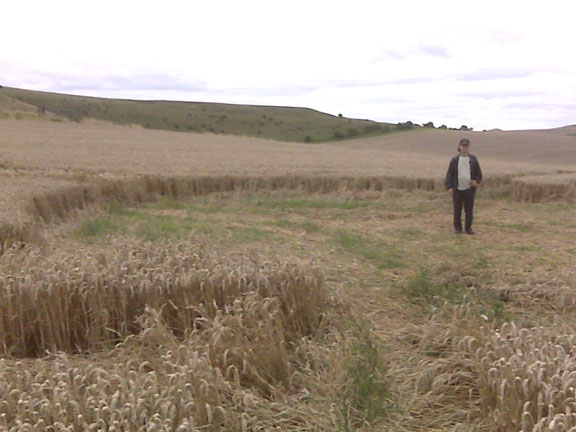 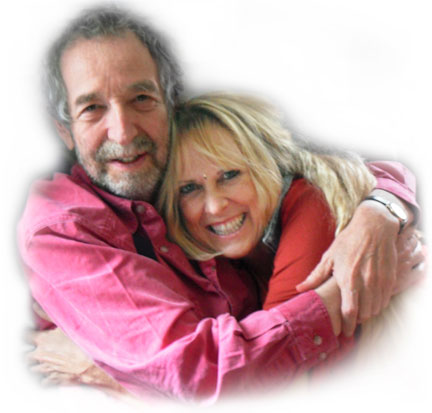 Kaliji and Michael Glickman, top researcher of the crop circle phenomena, and an architect by training. Michael shared his experience on the subject and his latest research results. For more information and to read Michael’s blog “Wheat from the Chaff”, please visit the Temporary Temples website. Also see Michael’s new book here. 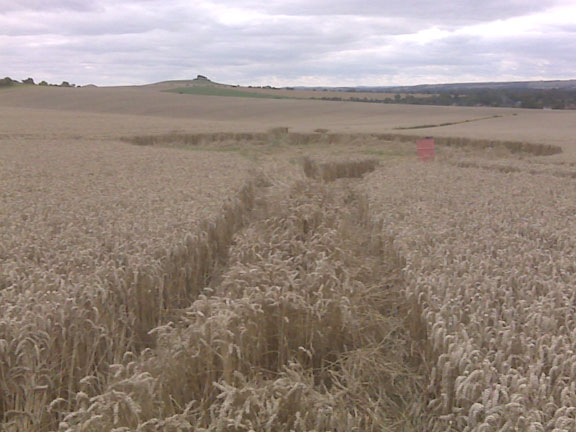 While there, Kaliji also met with friend Gary King, another top researcher of crop circles. Gary witnessed the creation of a crop circle on 7/7/07, and has made a DVD of the event. See video here: East Field 07/07/07 part 1. 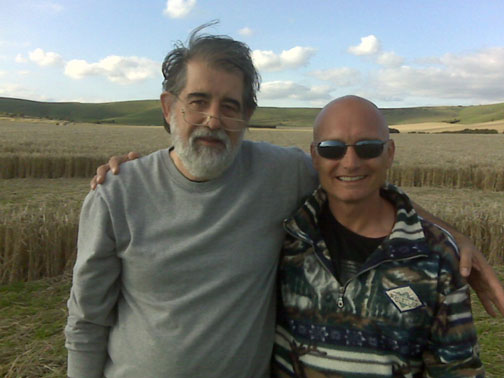 Gary and John ~ John is from Texas and also very knowledgeable about the crop circles. He is a professor of world history at St Philips University in San Antonio. He met Kaliji and group at Michael’s house and joined their tour of the circles. 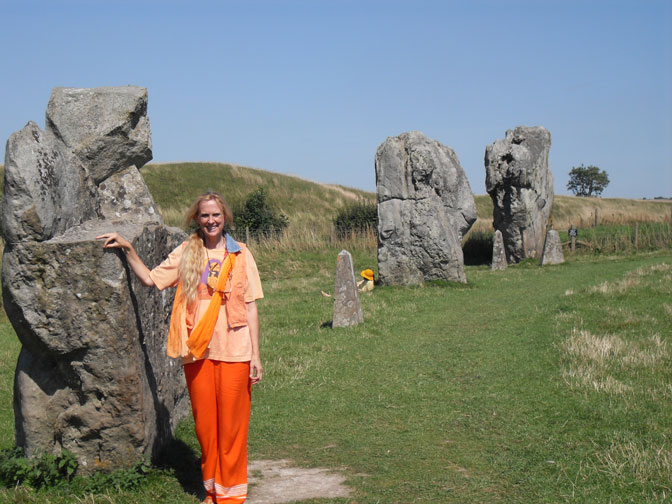 Kaliji at 5000 year old stone circle in Avebury. Avebury is the site of a large henge and several stone circles surrounding the village of Avebury in Wiltshire. It is one of the finest and largest Neolithic monuments in Europe, about 5,000 years old. Although older than the megalithic stages of Stonehenge (32 kilometres (20 mi) to the south), the two monuments are broadly contemporary overall. 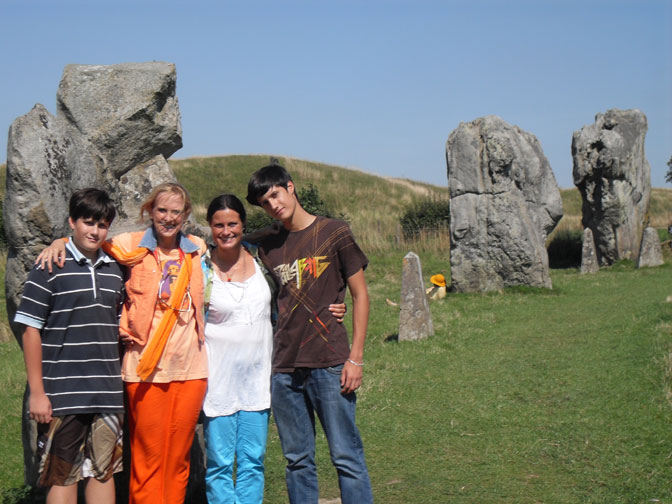 Kaliji with Ranjani, Level 2 TY teacher from Zurich and her sons Mario (right) and Luca (left). 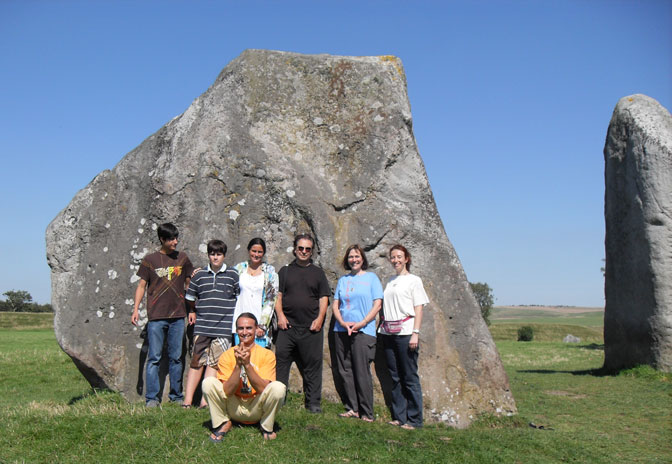 In front of the stone gate in Avebury, the TY Crop Circle hunting team that traveled with Kaliji (from left to right): Mario, Luca, Ranjani, Mercury Max, Nandi, student from Vienna Ekaterina and in front TY teacher from Berlin Mitradeva. 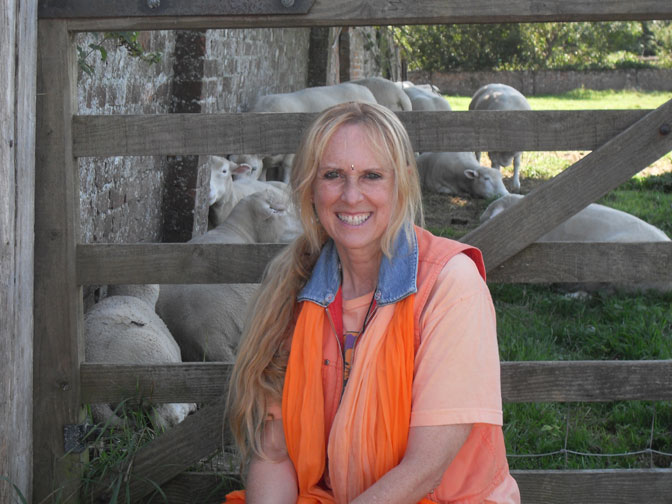 Kaliji makes friends with the animals in all countries…… here the sheep rest in the stone circles in Avebury, as this land is still used by farmers.

While in England, 18 new mudras came through, like this one ~ 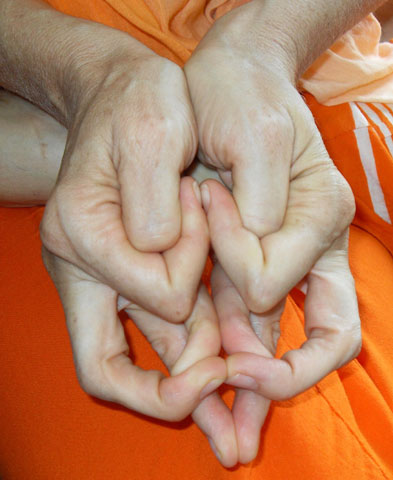