May 23, 2007:  Kaliji made a visit to the Datta Yoga Center of Trinidad and Tobago on the way to Brazil.
She greeted Sri Swamiji as he arrived at the home of Senator Satish Ramroop. 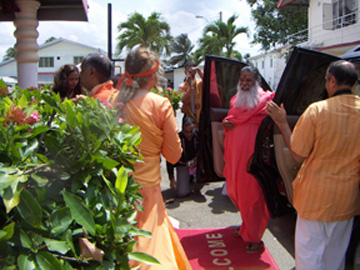 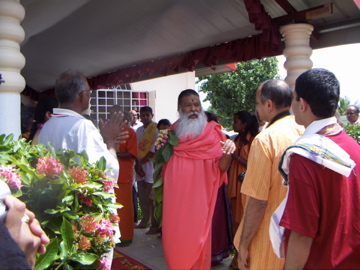 Swamiji used a helicoptor to perform abhishekam of flowers and rice
on the 85-foot tall Hanuman. This April was the 4th anniversary of the Hanuman statue. 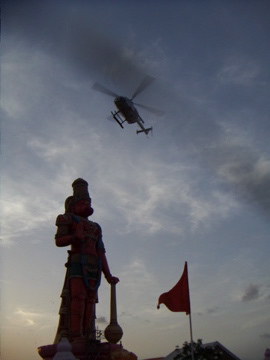 The 65th birthday celebration of Sri Swamiji, which is currently underway in Mysore,
began in Trinidad. 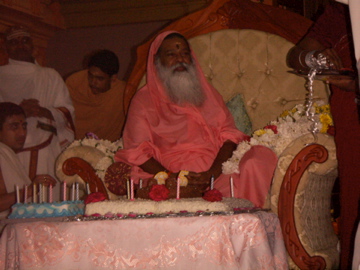