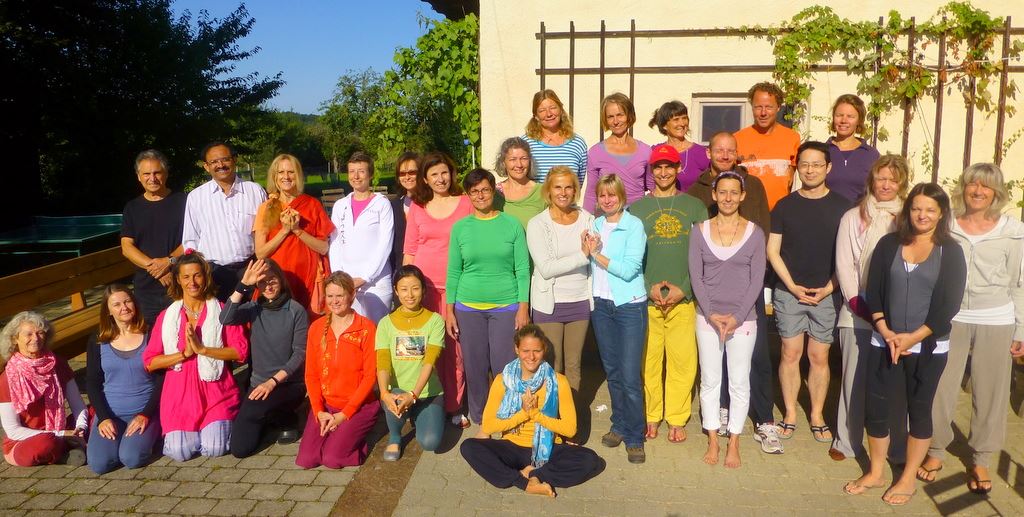 The retreat featured music every evening. For the first two sessions, Yogini Kaliji and Mecury Max were joined by Prasann and his dazzling accompaniment on tabla. 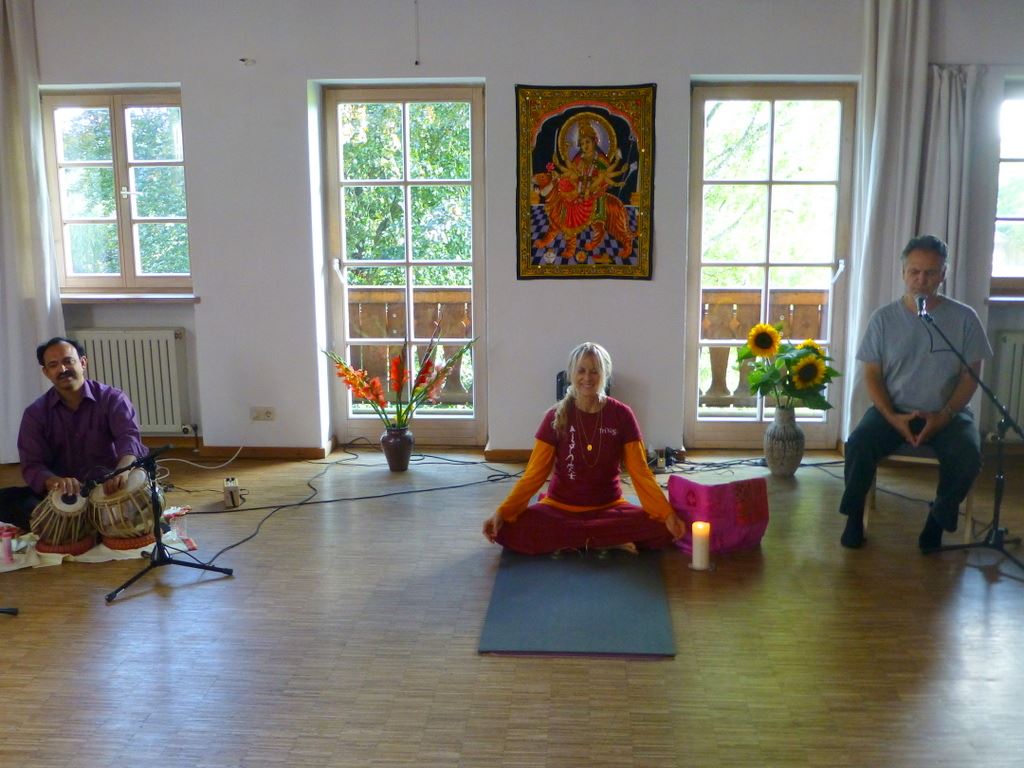 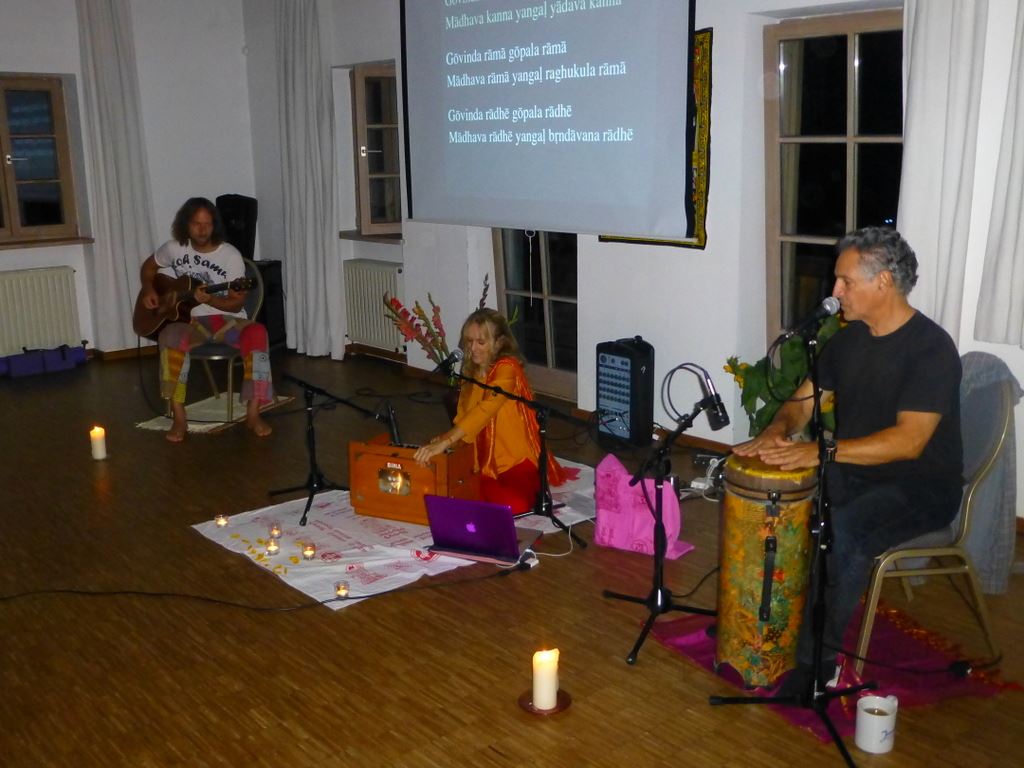 TriYoga Teacher Bernie from Austria is a professional rock guitarist, and also sat-in with Chant Club.

Bernie and Mercury also performed thrilling jam sessions before and after chanting, and entertained students late into the final night of the retreat.

Chant Club gets people on their feet dancing! 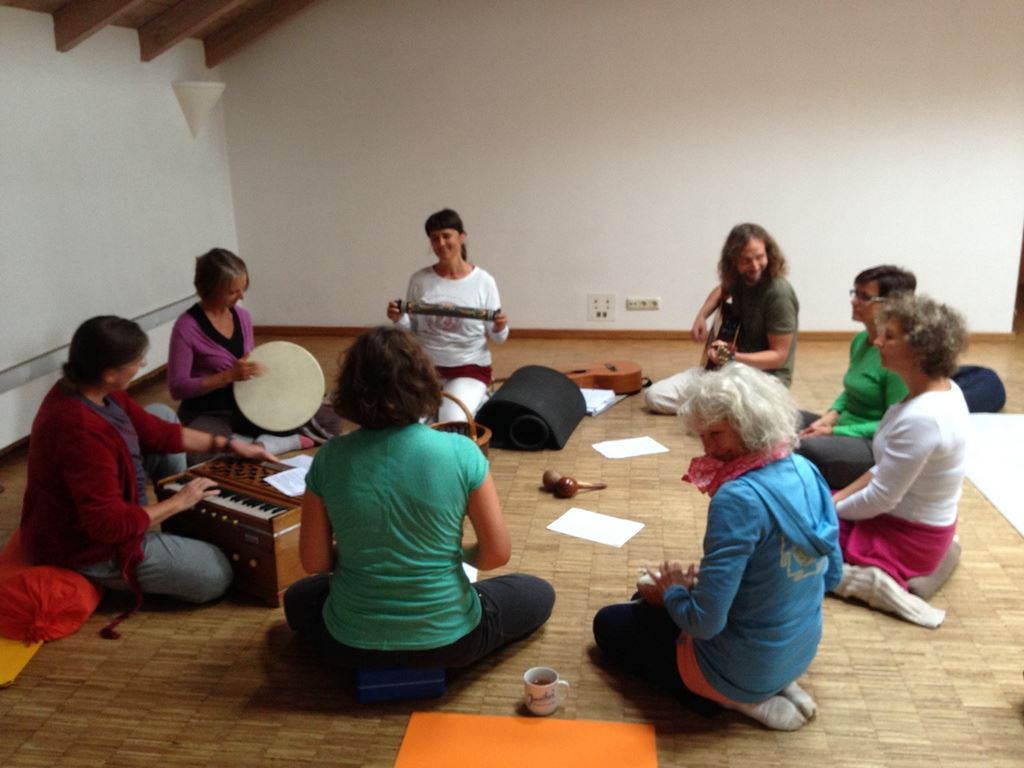 Chiemsee is a large lake surrounded by rolling fields and backed by a stunning mountain landscape—a beautiful setting for an immersion into TriYoga. The Jonathan Retreat Center provided a beautiful space to flow, comfortable rooms, and fantastic vegan meals.

This happy group spent an afternoon on the lake, visiting two small islands and enjoying the sun. 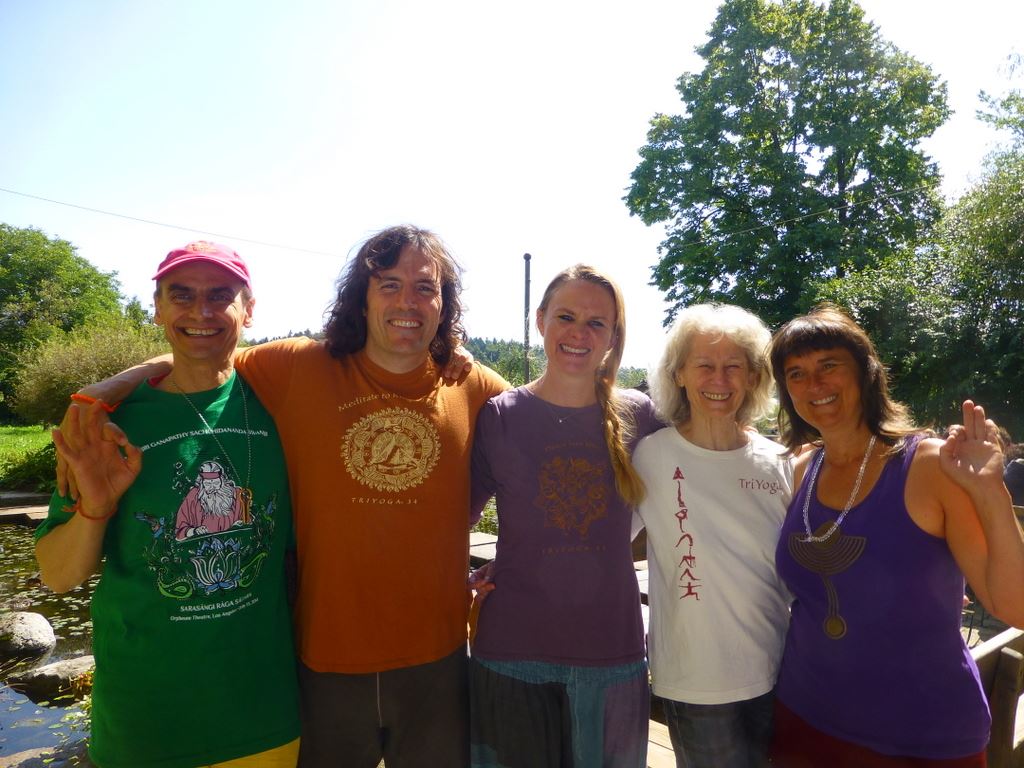 Johanna and the assisting team (from left to right) Mitradeva, John, Santoshi, and Eva-Maria. Many thanks to Johanna for organizing a beautiful and flowing retreat!

During the drive between the Bad Meinberg and Chiemsee retreats, Yogini Kaliji and the travel group experienced an amazing nature darshana. With the sun shining from behind, and the sky in front a dramatic canvas of dark clouds, rain, and patches of sun, the group witnessed a brilliant and complete double rainbow for over 30 minutes. The open landscape allowed the entire rainbow to be seen continuously, sometimes appearing as if the car was passing directly under the rainbow with the “end of the rainbow” on either side.

Another rainbow greeted those arriving at the retreat. 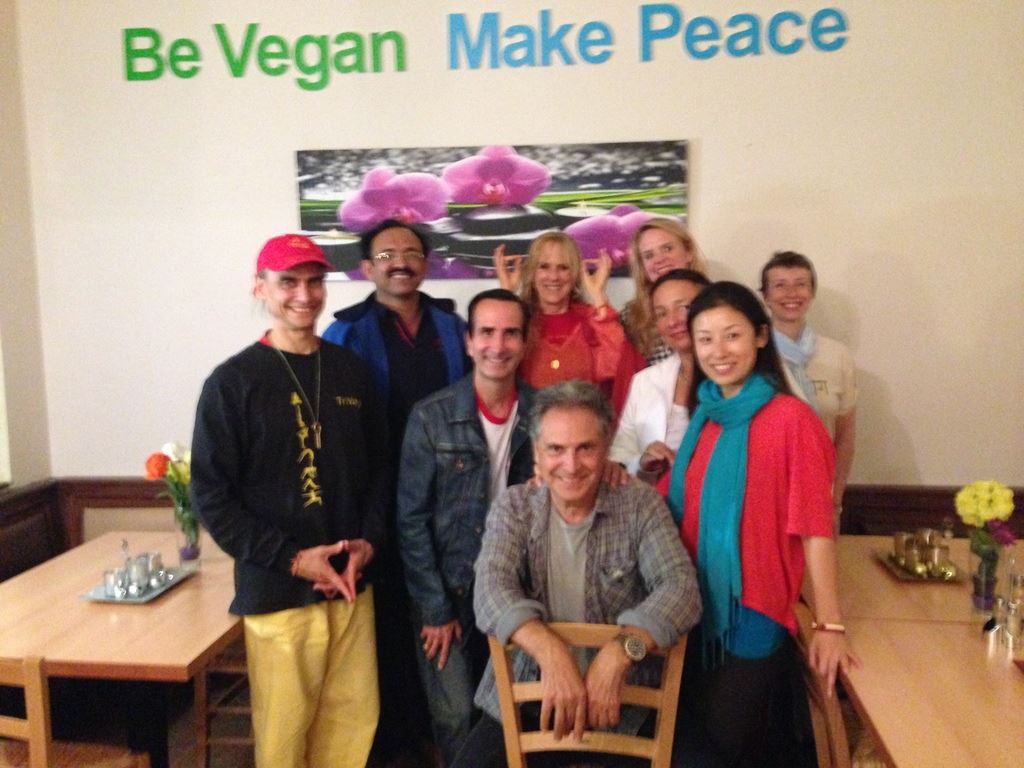 The kind staff at The Loving Hut in Nürnberg kept their restaurant open late for the travel group and made fresh food for the buffet.

Prasann enjoyed a day of sightseeing in Munich before his return flight to India.