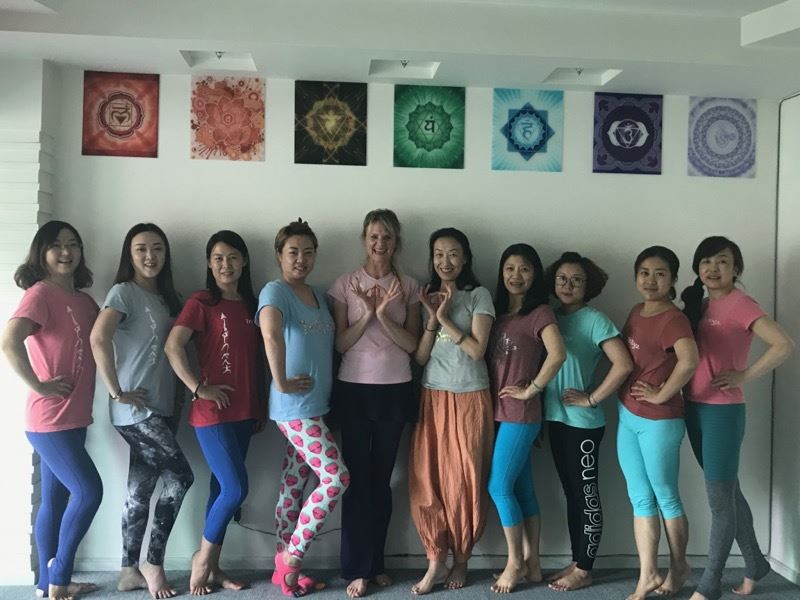 Tuo Xia, who has traveled to Hong Kong, Shenzhen, Dalian, Xi’an, India, and even Orange County was excited to offer the first TriYoga teacher training in her home town.  Tuo Xia and Santoshi are both born in the lunar year of the Tiger, so they had their picture taken at this tiger statue.

The group also enjoyed walks around Lanzhou, situated on the Yellow River.  Lanzhou is the birthplace of the water wheel, and there are many examples of this innovated invention around the city. 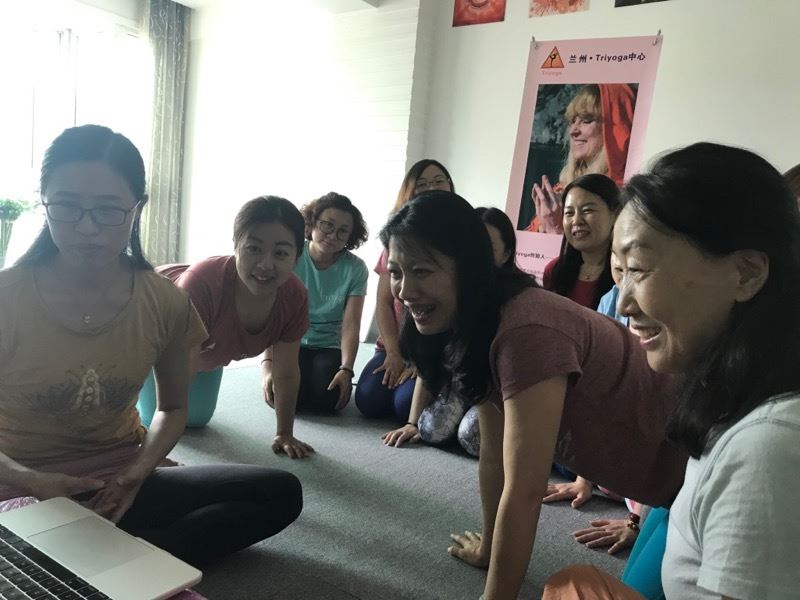 One of the highlights of the training was the chance to meet Yogini Kaliji online.  Each intern introduced herself and told some of their experience of TriYoga, and their hopes to see Kaliji in the future.

Jin Lee (second from right in the group photo) said to Kaliji: “I found my true self through the practice of TriYoga.”

And they got the great news from Kaliji that all eight interns had certified as Basics teachers! 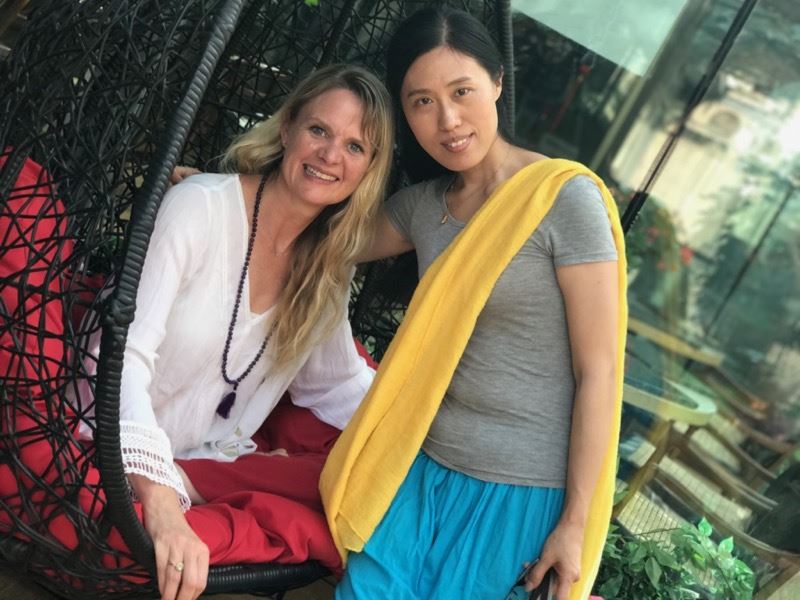 Kai Yun, a Level 3 TriYoga teacher, came from Shenzhen to translate the program and was a great addition to the team.

Awareness about the health, humanitarian, and environmental benefits of a vegan diet continues to rise in China, and the group joined together for several delicious meals, prepared with artistry and care.