Junior-level teacher Lalita traveled to TaiYuan, the capital of Shanxi Province, for the first Basics Teacher Training there.

Four interns joined daily classes and formed a close bond with each other and with Lalita– each day they brought vegan snacks to share at lunch, and spent the break time discussing different subtleties and discoveries of their TriYoga experience. 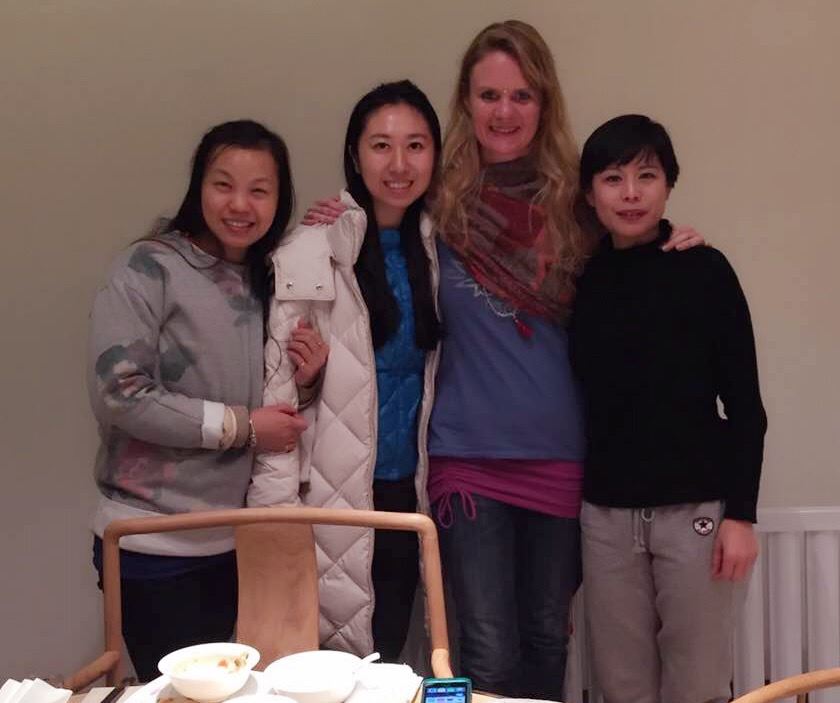 Lalita was joined by Sisi (for translation) and senior-level teacher Santoshi for certification week.  The training was organized by Xue Qin. 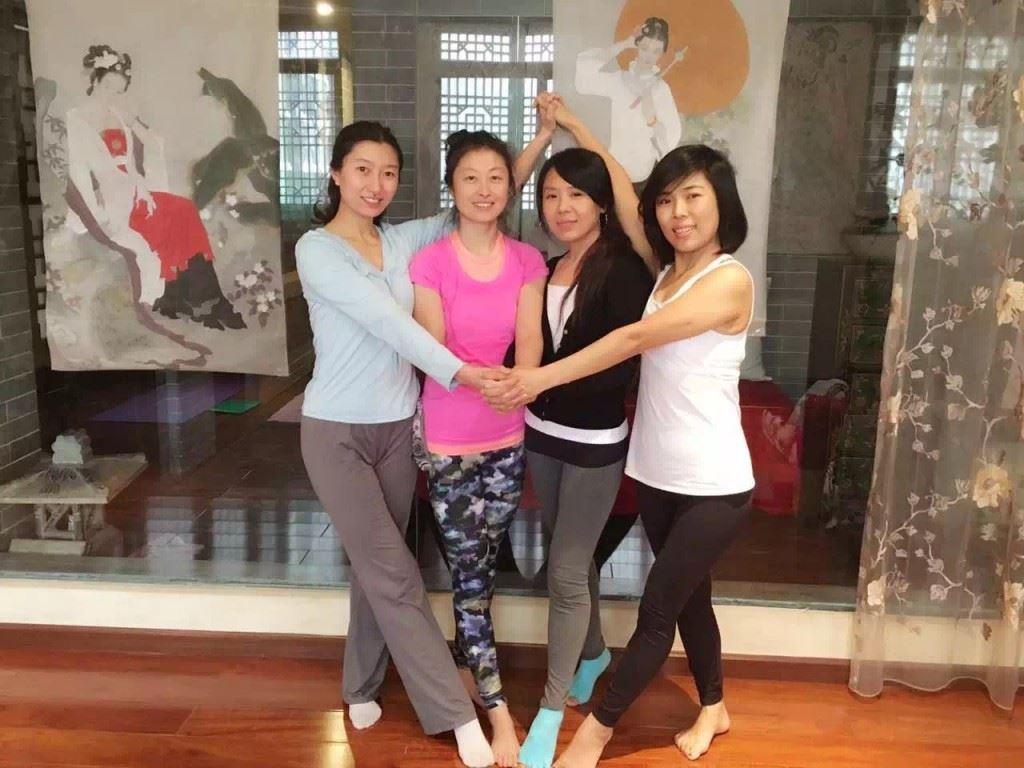 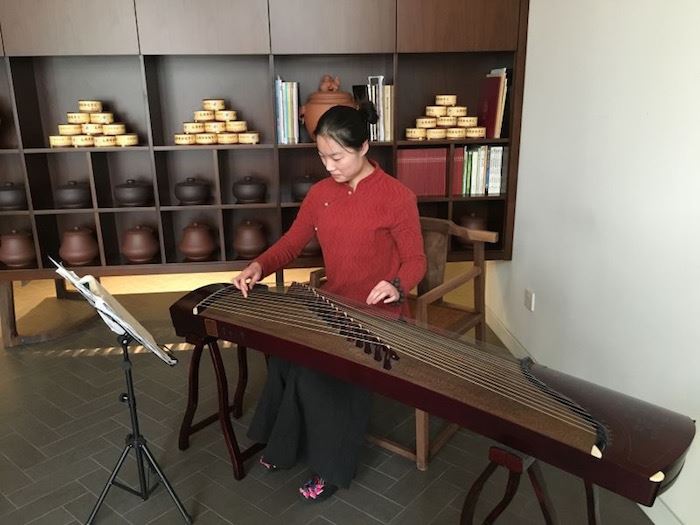 TaiYuan is a traditional Chinese city with great pride in its history and culture.  At a tea house, one of the staff members played the guzheng or Chinese zither.

TriYoga continues to spread throughout China– two of the teachers from this training returned to other towns in Shanxi Province and began teaching immediately, and the other two began a regular class at the spa where the training took place.

The spa is housed in a traditional Chinese building with many symbolic architectural features.  The huge wooden doors have many raised brads, representing the wish for a large and healthy family.  Once inside, guests walk across a small bridge over a small stream– walking over the water is said to bring financial success! 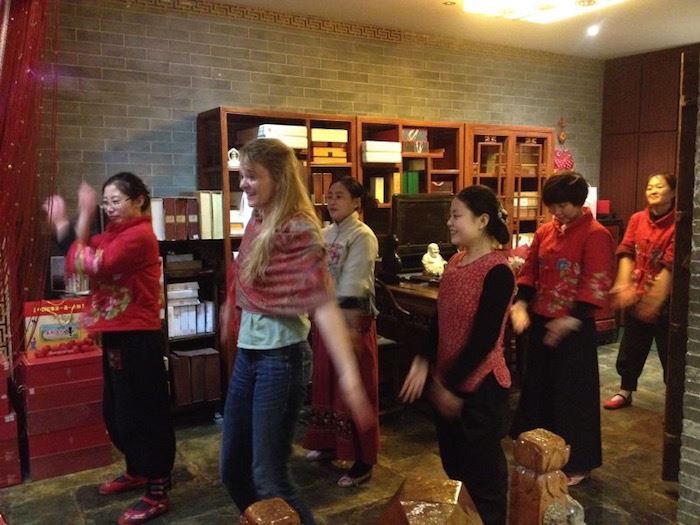 The staff relaxed after the week by joining an on-line dance class and were thrilled when Santoshi decided to learn the moves too! 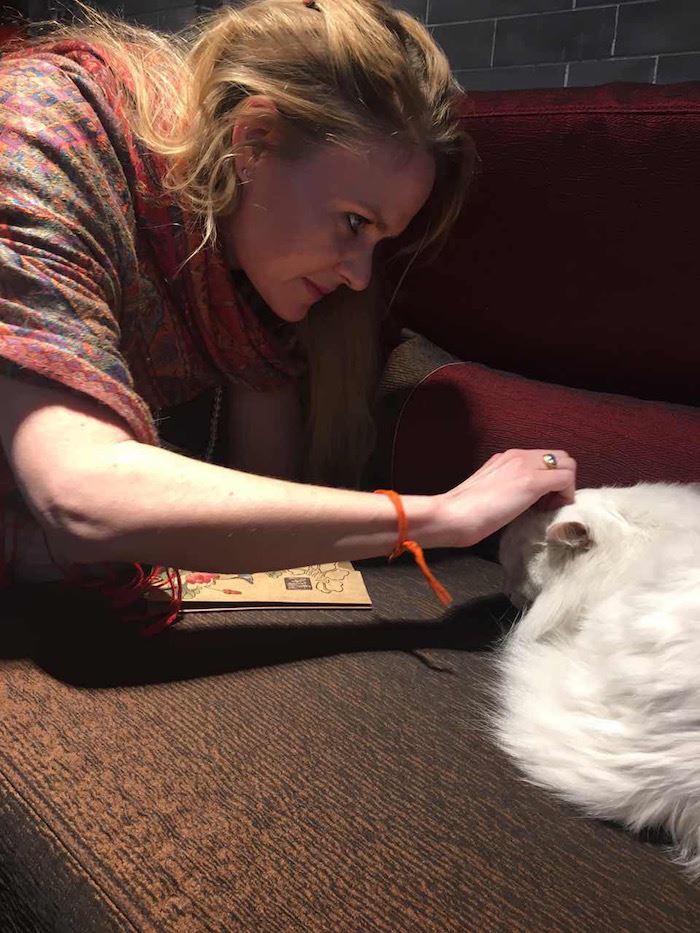 And a sweet friend came to greet on the last day, joining the group for a farewell tea party.