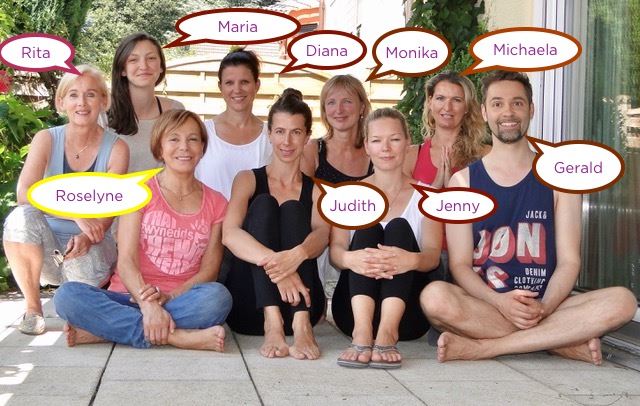 Basics interns from three different teacher trainings joined together for a certification week at the TYC in Königstein, Germany, under the direction of senior-level teacher Roselyne (front row left, in pink). 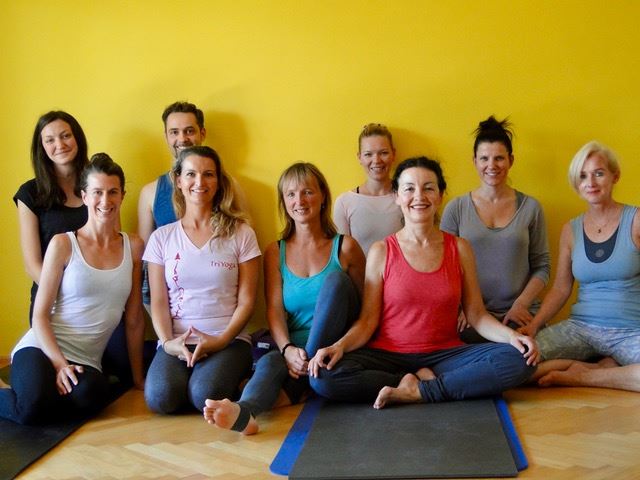 The interns had attended trainings in Cologne, Zurich, and with Roselyne in Königstein, and the certification week included three days with senior-level teacher Urvasi from Berlin (in red).

Nandi is now at TYC Königstein for a Level 2 Certification, and Roselyne also organizes the annual retreat with Yogini Kaliji in Bad Meinberg each August.