Basics and Level 1 in Tianjin, China

TY teacher Lalita first went to Tianjin in December 2014 to offer TriYoga at Heng Yoga, the largest chain of yoga studios in this mega-city (population of over 15 million people and the 13th largest city in the world).

Since then, Lalita regularly traveled there for workshops, and moved there last December to offer regular TriYoga classes at all four locations, often traveling more than an hour each way to teach, and sometimes in weather in the low teens fahrenheit (minus 10 celsius)! 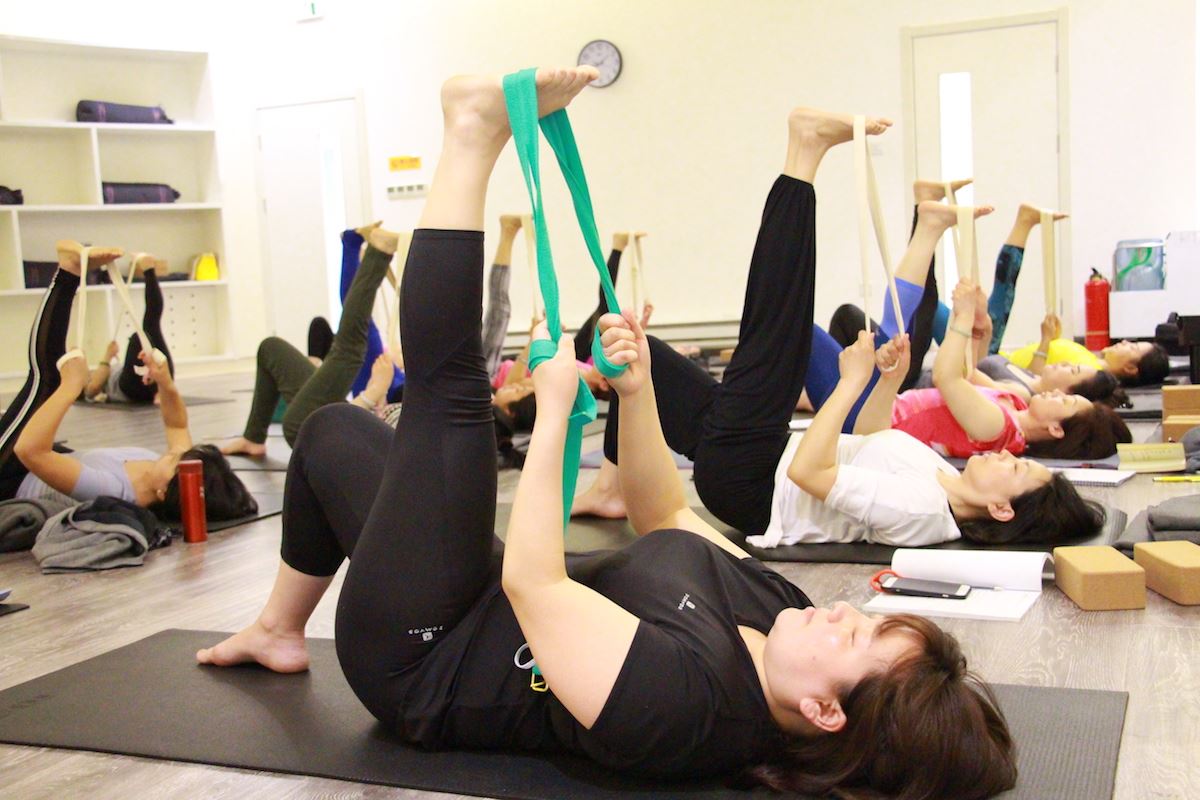 In May, she started the first Basics Teacher Training there, with twenty students enrolled! The training group met on weekends, which meant that professionals could join without disrupting their work schedules– including the head of a major hospital and the manager of a chain of drugstores.  The group became very close and caring, and enjoyed sharing TriYoga with each other and with their communities.

Fifteen of the twenty decided to continue with Level 1 and kept meeting every weekend through the summer (taking a break when Lalita traveled to Europe to attend Yogini Kaliji’s retreats in Germany and Austria).

In September, Santoshi came for certification! The visit began with a sightseeing trip around Tianjin hosted by studio owner Wei Xia  (including a bicycle ride to see the “Eye of Tianjin” on the riverside).  The training also coincided with the Mid-Autumn Festival, which the group celebrated with dumplings and a greeting for Yogini Kaliji!

Because there were two trainings and two certifications, they also went out to two dinners to celebrate!  Each evening featured delicious vegan dishes, including this “Yin Yang” soup, and lots of pictures to commemorate their accomplishment.

While there, Santoshi also gave a workshop at another branch of Heng Yoga ~ this one in one of the most elegant malls of the city, with sweeping views of the river.  Wei Xia attended and said she thinks that TriYoga is the perfect practice for busy people, as it is both calming and energizing.

The highlight, of course, was a skype meeting with Yogini Kaliji, in which each new teacher introduced herself and shared the language of the heart ~ the TriYoga Smile!  Several had met Kaliji at the Dalian Conference last year, and even more plan to travel to Shenzhen for TY39 in January.

Congratulations to the new Basics and Level 1 Teachers in Tianjin!