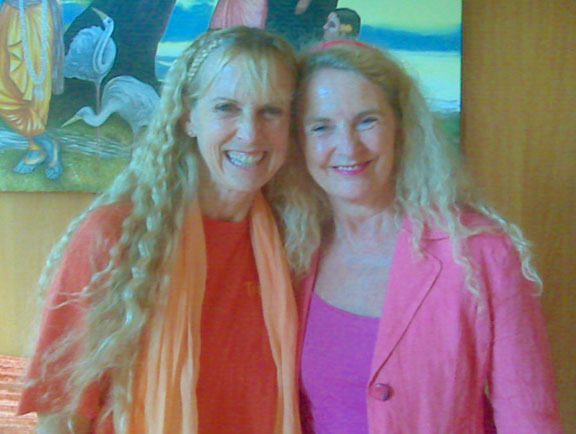 On September 9, Kaliji was interviewed by Anna Trokes, the most well-known author on yoga in Germany. Anna interviewed Kaliji for her upcoming book on 7 spiritual masters. 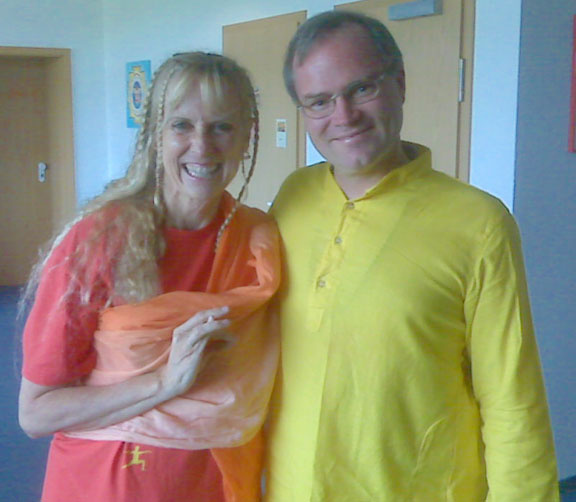 With Sukadev, the founder of Haus Yoga Vidya and the Yoga Vidya organization. 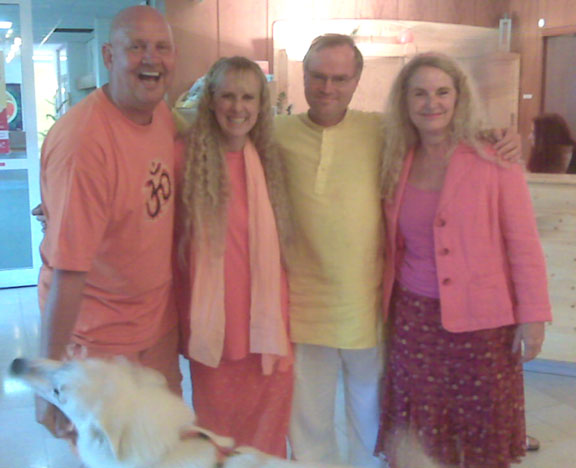 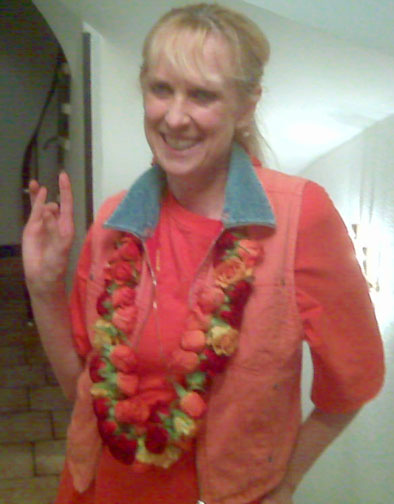 Kaliji was presented with a garland at the conclusion of the programs on Thursday. 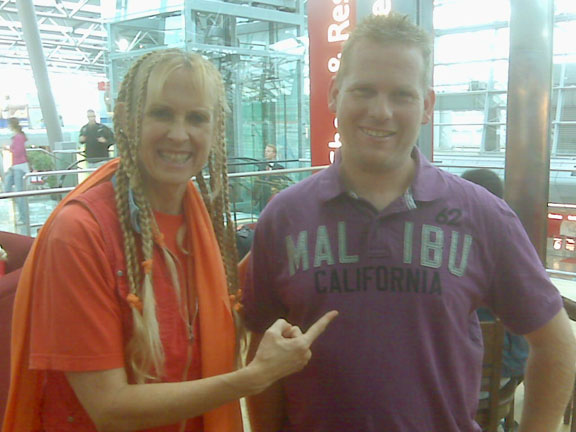 And as always, the flow is with Kaliji. After arriving at the Dusseldorf airport and checking in for the return flight to Malibu, Kaliji, Mercury and Nandi went to Starbucks ~ this is the first person that Kaliji saw!

Kaliji returns to California for three weeks and then begins a series of programs on the east coast in October.