TriYoga programs with Yogini Kaliji have returned to Berlin! Over April 22–27, Kaliji taught 39 hours of Basics–Level 4 workshops, marking the 12-year anniversary of Kaliji’s first visit to Berlin in 2004. The Berlin event was equally a deeply meditative immersion into TriYoga; a celebration of TriYoga in Berlin, Germany, and worldwide; and a super fun family reunion attended by 108 TriYoga teachers, students, and friends. The Berlin TriYoga community were joined by participants from across Germany, and internationally from Austria, Denmark, Israel, Italy, Russia, South Africa, Switzerland, Ukraine, and the United States.

The weekend schedule focused on Basics–Level 2 flows, and during the week Level 3–4. There was such demand to attend Kaliji’s sold-out weekend classes that extra evening sessions were added.

The last night in Berlin, Monica hosted a gathering at her home. The evening included a song and dance performance by Monica, Eva-Maria, and Detlef, which starred Siva Tiger in puppet form; a piano performance by South African student Arne; and a delicious meal made by Israeli teacher Anat (assisted by Beatrice and many others).  It was a wonderful conclusion to a magical week together.

Urvasi, who runs the TriYoga Akademie in Berlin, has been studying Indian dance for many years, and performed an inspired and beautiful Indian Dance for Kaliji during the gathering at Monica’s. Urvasi also provided translation during the weekend. 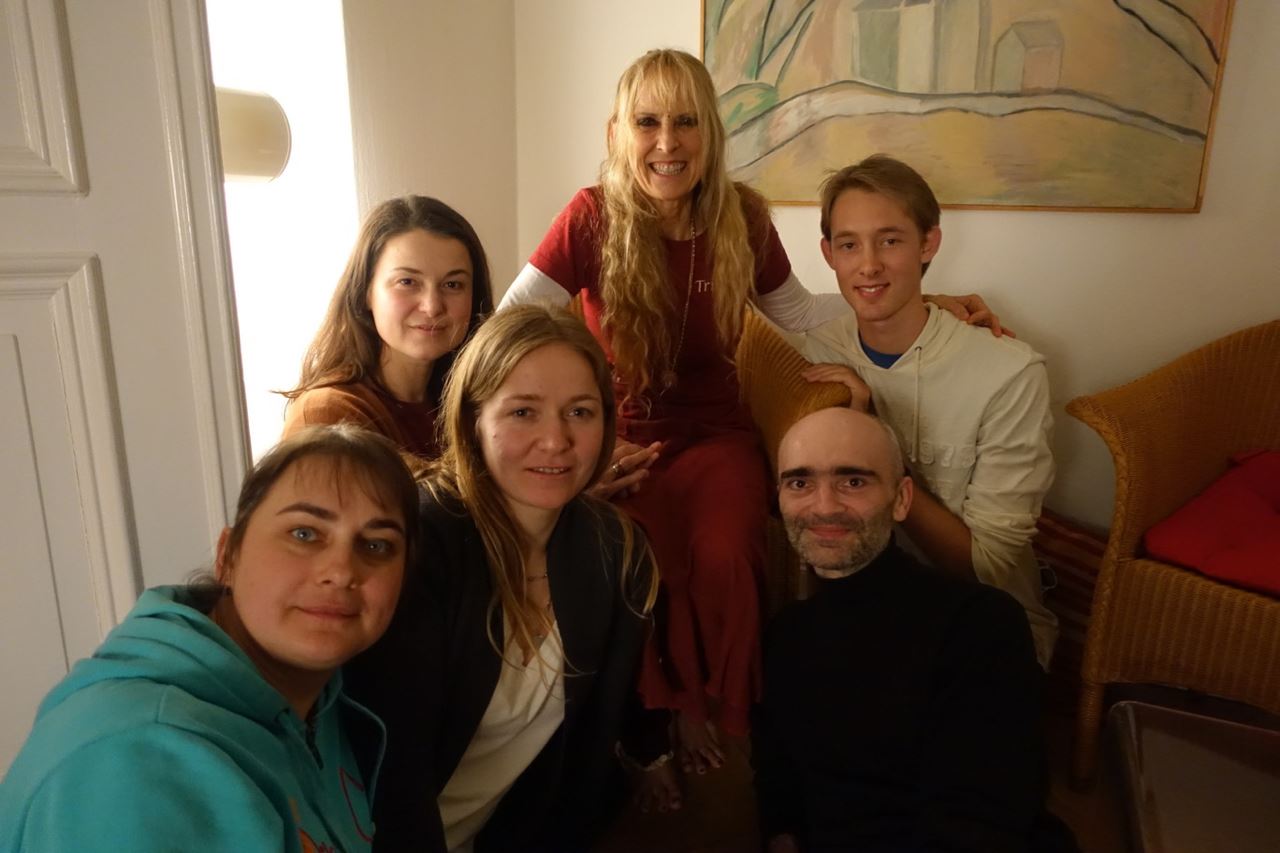 Mitra Deva, from TY Community Berlin, provided translation and was the chef at the juice bar. Ganga, Santoshi, and Rishi offered alignment assistance.